Last year Pinkbike readers raised over $80,000 USD in the quest to FCANCERUP, and this year we want to break that record. To help encourage more people to donate this year, and to give a more personal touch to the campaign, we're sharing stories from mountain bikers about how cancer has affected them.

After crashing during the DH race at Sea Otter in April 2011, 17-year-old Nick Geddes was rushed to hospital, where doctors told him he had leukemia. Returning home to Vancouver, he went through treatment, and eventually got a bone marrow transplant in September. After his battle, which he and Leo Zuckerman do a great job of portraying in the above "Elixir" film, he was released from hospital and has been healthy and riding bikes ever since. We caught up with him to find out more about what it was like to go through cancer, and what he's up to now.

How did you get back into riding after cancer?

Nick Geddes: It was super slow to get back to riding. When I got out of the hospital, I couldn't walk up a flight of stairs - it was too exhausting. I just tried to improve every week and tried to build on last week's gains to get back to good physical and mental health.

I initially came back quite slowly, doing some of the local BC Cup downhill races. I then had the opportunity to race the EWS circuit, two years after I was sick. I raced the full EWS season, which was an amazing experience but it was really tough trying to manage training and engineering full time at UBC. I decided to step away from racing for a little bit to focus on school and my career, fortunately I've found myself back racing again, but in a different discipline - more road and cyclocross - kind of full circle. 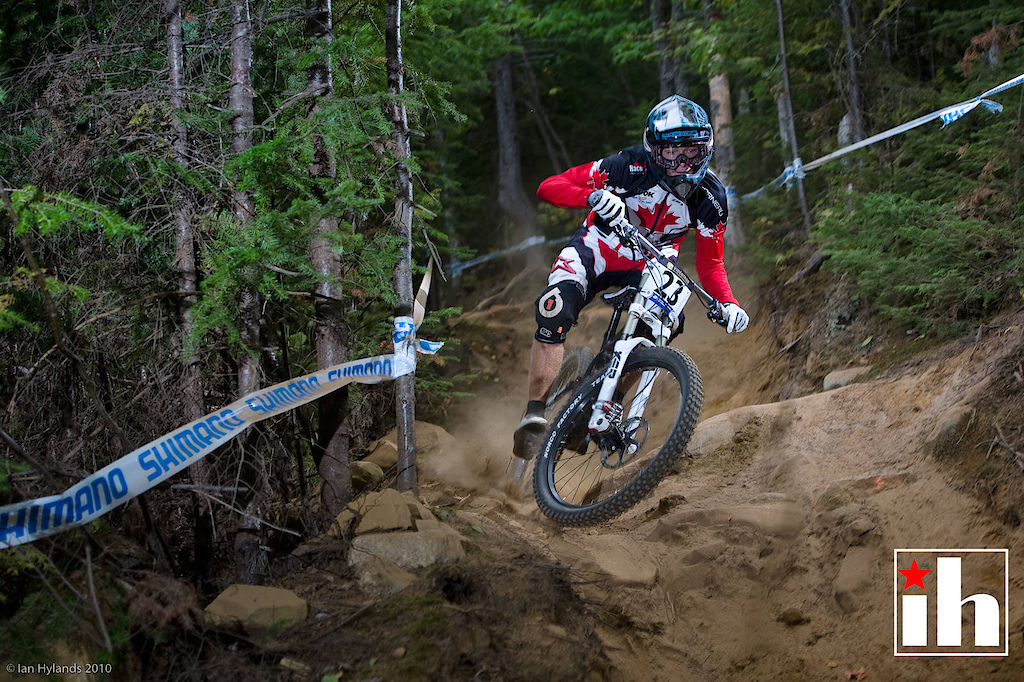 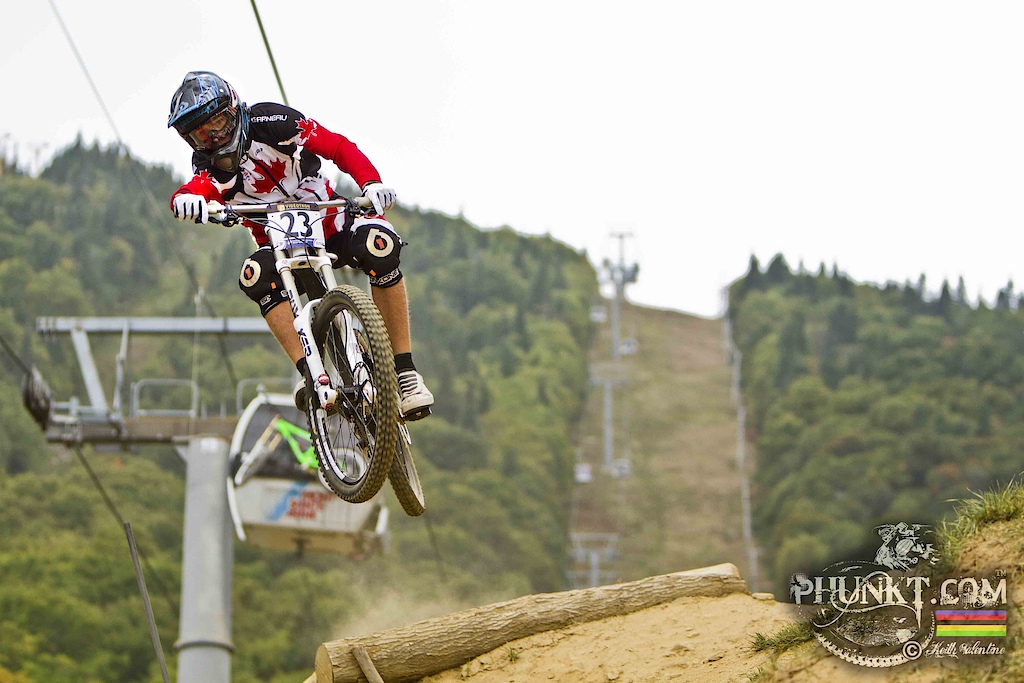 Nick competing at World Championships in Mont-Sainte-Anne in 2010 before being diagnosed with cancer.

What are you up to now?

Nick Geddes: I'm training ‘for fun’ for the upcoming road season, and racing cyclocross during the fall/winter. I’ve made my way back up to racing Elite, but in cross and Cat 1/2 on the road. So I’m still racing, but it’s much different than in the past. I’m also working full time doing Project Management at an Engineering firm, but I try to balance it all as best I can!

What is it like now to look back on the period of life when you were sick?

Nick Geddes: I wouldn't say it's a blessing in disguise, but it's given me some perspective about how important every day is. It's a bit of cliché, but you kind of take those days for granted, if it's sunny out - go do something, don't just waste it sitting on a couch because you never know when you're going to be in the hospital fighting for your life. You never know when that freedom will be taken away from you and all you want to do is go outside or ride your bike. Carpe diem! 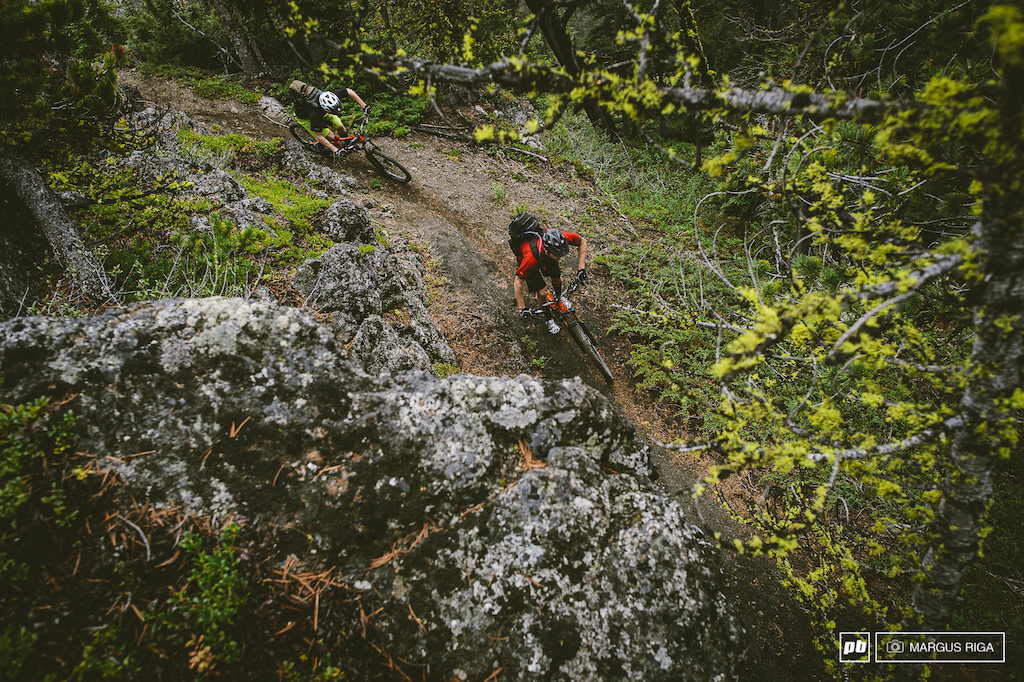 Do you still do hospital visits? Is there still a fear that cancer will come back?

Nick Geddes: The further I get out, the lower and lower the chance of it coming back, it's mostly tapered off now that I'm more than 5 years out. I go back to hospital once a year for a checkup and that's pretty much it. I've basically had a clean bill of health since I was let out of hospital back in 2011.

What would you tell someone who is fighting cancer right now?

Nick Geddes: I would tell them to keep their head up and that they're not alone in it. They have a huge support network of not just their own friends and family, but also so many other people around the community that have experienced it as well. Often it's hard to reach out, or you want to deal with it yourself, but there are a lot of people out there who are willing and open to helping, you just have to reach out and ask.

What was the most helpful thing for you when you were sick?

Nick Geddes: I think it was having friends and family there with me. I knew no matter what happened these people would be there for me. The other really important thing was having a goal post-cancer, for me it was getting back to riding my bike. That was a big thing, having that end of the line goal – the mentality that everything I'm doing here is about trying to get me back on the bike. All this pain and suffering is all to get me back riding again, whether it was competitively or not, that doesn't really matter. Most importantly, I just wanted to be back riding.

Making little goals day to day is really important if you want to achieve that bigger end goal. If it's a sunny day and you're allowed to go outside that day, then go do it. Plan in the "day" time frame, not in the "weeks and months" time frame. It's the little, day to day tasks that build momentum and help you get to your overall goal. 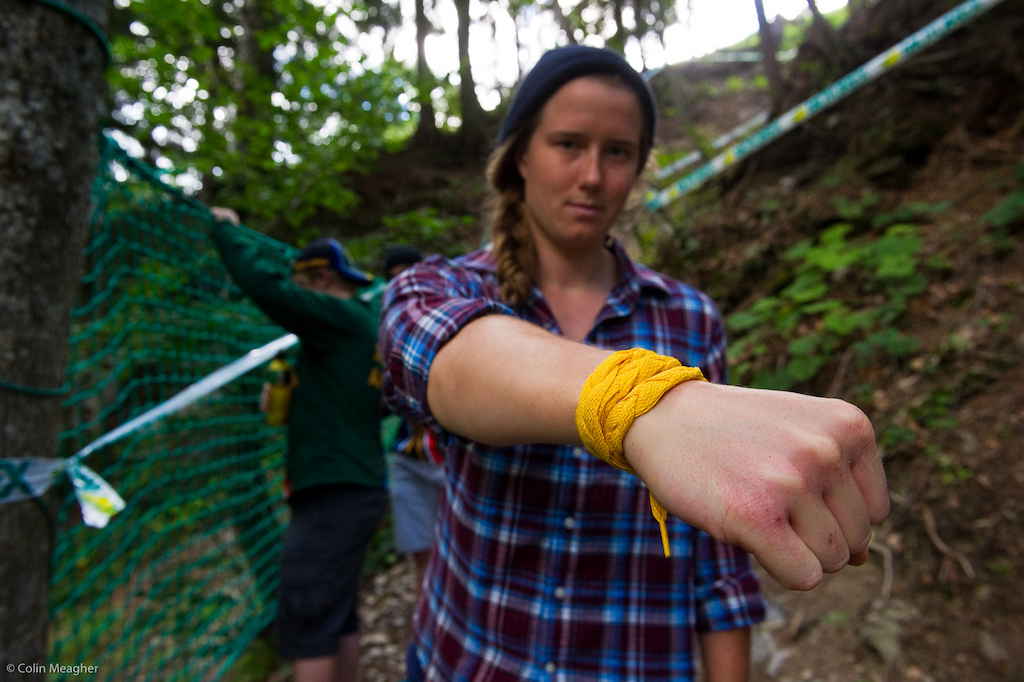 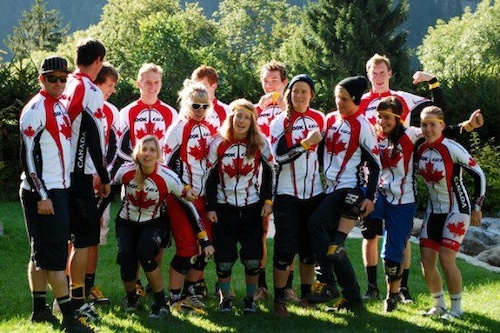 Miranda Miller and the rest of the Canadian team DH racers wore yellow bracelets while racing at Worlds in Champery when Nick Geddes was fighting leukemia.

Are you involved with any cancer fundraisers now?

Otherwise, staying in touch with the hospital and helping where I can. I’ll visit the hospital when I can - if there are kids that are similar to my age or going through something similar, or interested in bikes, or athletes, whatever it might be, I try to help those people out if they’re looking for advice or just someone to talk to.

Why is being involved so important to you?

Nick Geddes: There were a couple kids that I met after my battle with cancer that seemed to really benefit from talking to other people who had cancer, being able to show them the light at the end of the tunnel and that you can come out of this almost even better than you started. That inspires me to put in my time.

And in terms of charities - F*ck Cancer right, it sucks, it's the worst thing ever, and you wouldn't wish it upon anyone, so any little bit of time, money or resources that you can put in to help people who are going through this terrible disease pays dividends in the end. It goes tenfold. 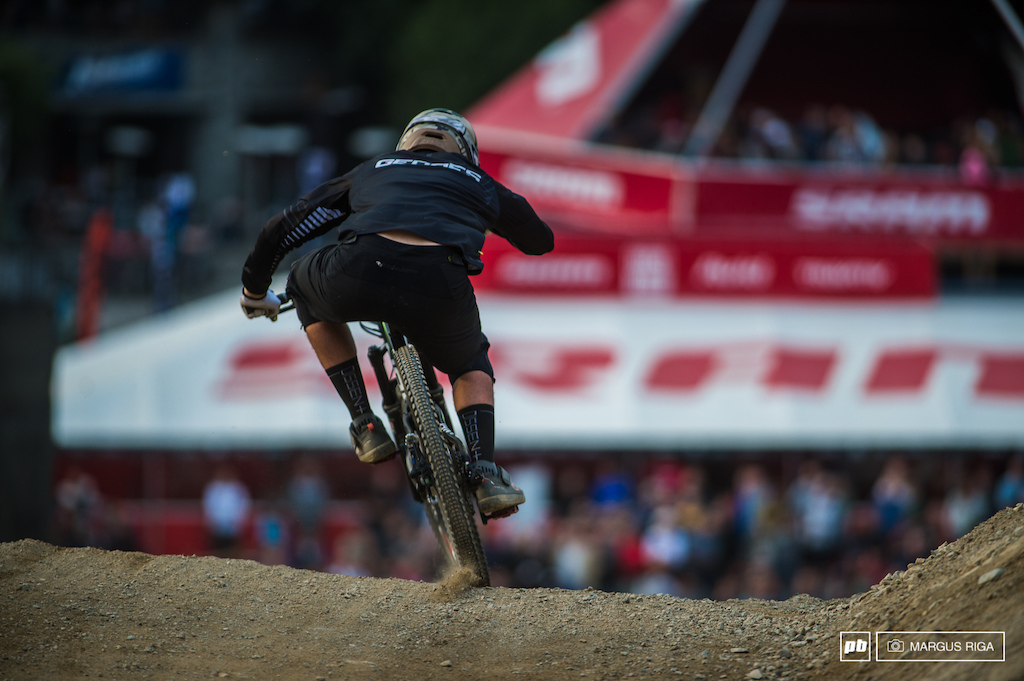 rstwosix (Oct 14, 2018 at 5:10)
All the best Nick. I can't imagine what it's like to be told you have cancer at 17 years old. Even though I'm way older than you I can relate somewhat to your story. After many years working at my local bike shop, building trails and riding MTB I was diagnosed with Lymphoma in 2014 and had immediate chemo treatment which gave me remission for 18 months. Unfortunately the cancer returned with a huge lump in my neck and I had to go through much more aggressive chemo which left me so weak I was in and out of hospital with infections and by the time I completed the 5 months of treatment I was so shattered and depressed. Since then with the support of my wife, family, friends and some psychotherapy I have gotten back to being fit enough to enjoy life again. I'm back riding (recently replaced my bike with an E MTB - so much fun!) and I'm trail building with a friend. #fcancerup.

nhp890 Plus (Oct 14, 2018 at 6:53)
I was diagnosed at 16. Now, 8 years later, long after I finished treatment, the doctors are suspecting a recurrence. Currently awaiting a pet scan to confirm or hopefully deny the suspicion. It doesn’t feel great

twowheelfury (Oct 14, 2018 at 8:28)
Diagnosed with AML (Acute Myeloid Leukemia) in July at 40 yrs old. After 4 rounds of chemo and 60+ plus days in the hospital I'm currently do my best to #fcancerup. Cheers to Nick and everyone battling these sh**ty diseases. #bikesovercancer

samjam (Oct 15, 2018 at 3:07)
I was one of the lucky ones . They found a tumour and it was cancer. 10 days later I had the op to remove it and it was a complete success. I have to see my specialist every 6 months for the next two years and every six months after that for 8 years. I was just so lucky it was only in one place but the procedure to remove it was horrible . Five weeks later I was on the bike but very gingerly . There were some dark thoughts but family , friends and the goal of riding my bike ASAP was my shining light. God bless to the sufferers and to the families and friends . Fuck cancer

Yaan (Oct 15, 2018 at 16:55)
Thanks Pinkbike for sharing Nick's story.
Glad to see Nick is doing well and cancer free.
My son was diagnosed with AML the year before Nick so his story is very real.
The photos from BC Childrens hospital are haunting. The comments from his parents all to familiar.

I remember Nick won the downhill race at Silverstar mountain in 2012, I have never been so happy to see someone win.
#f*ckleukeimia

PauRexs (Oct 14, 2018 at 10:55)
So many brilliant heads on this PB community... It should be time to put on the table and spread here too the causes of this mass profitable plague/business for the pharmaceuticals and how too avoided... If the mass controled media doesn't want why not to wait here as a care community?
PD: I said this too cause Also I was really sad to see in last EWS Ainsa one of the top pros really close and suportive to Graves eating industrial sweets in between the stages .. I could not believe it...

yakimonti (Oct 14, 2018 at 8:28)
I had wondered what was going on with Nick, wishing you continued health! Thanks PB for posting.