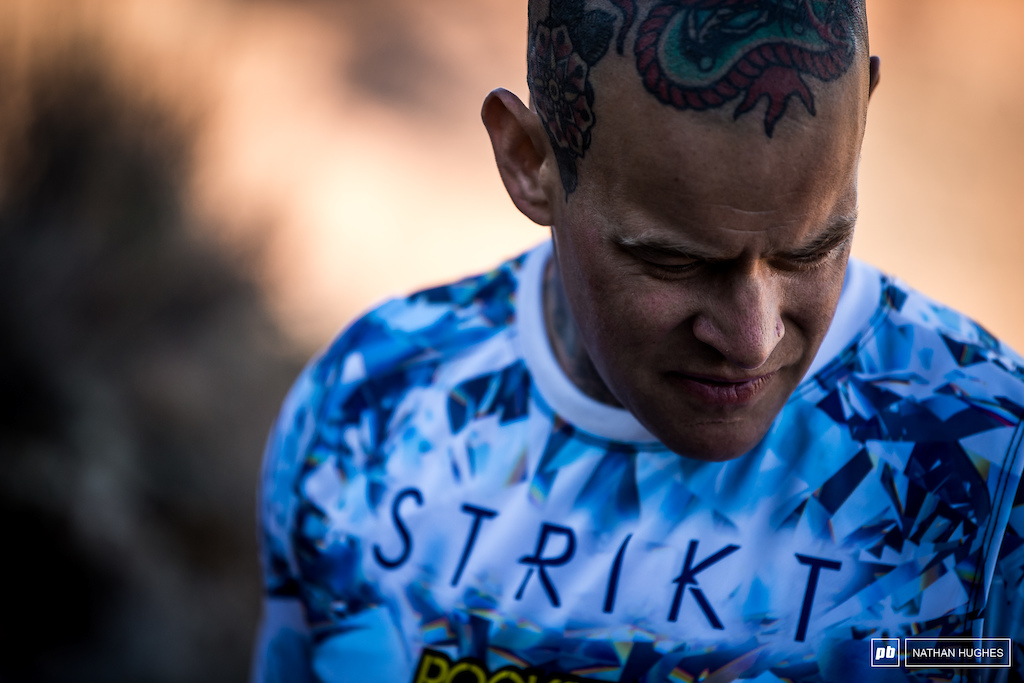 We caught up with Jordie Lunn ahead of the release of Rough AF 3 to find out what the filming process was like, how it tied into his 2018 Rampage bid, and what his goals with mountain biking are.

What was the hardest part of filming Rough AF 3?

Jordie: Usually dealing with the weather is the hardest part. Either waiting for the rain to stop early in the spring, or waiting on a cloud in the summer. Riding wise though for this one, the step down 720 had to have been the toughest part. After a couple hard falls at the first spot I had convinced myself that the jump wasn’t quite right. Then I got the invite to Rampage, so I put everything on hold to make sure I didn’t get injured. But I couldn’t stop thinking about that move. So as soon as I got home, I went out and built a new jump for it. It sure felt good to land that.

Which feature from the Rough AF video series was the most terrifying to guinea pig?

Jordie: The Tree. I actually had backed out of it once. We went in there, got all set up to shoot, I was at the top on my bike and it just didn’t quite feel right. Definitely was a move I wasn’t going to drop on if I wasn’t feeling it. So I made a couple adjustment to the top of it and we went back a couple weeks later.

Watching the video now, what is your favourite part?

Jordie: Still probably the bottom out on the Ravine gap. I hit that thing twice, same result both jumps…

Which of the three Rough AF films are you most proud of? Why?

Jordie: I don’t think I’m most proud of any one in particular. Just proud to push myself a bit more in each one. And to have successfully ridden everything I had built for each one. That’s the best feeling. 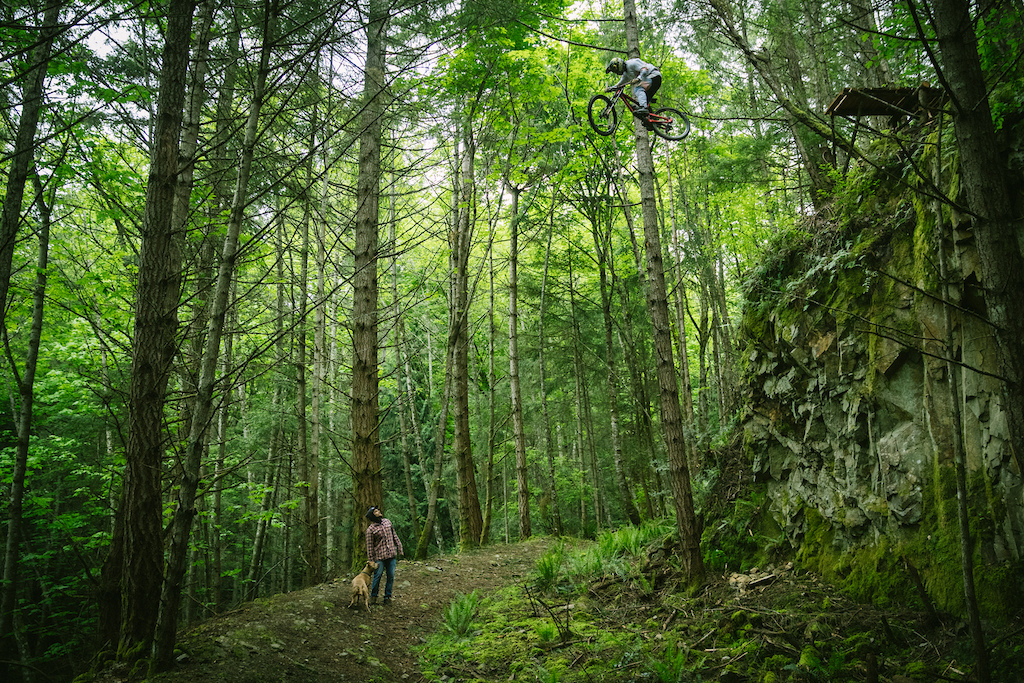 What drives you to continuously build gnarly features?

Jordie: I guess it just the natural desire to conquer something new. To get that feeling when you do something you thought might not be possible. Nothing beats that.

What is your gym routine and how does it help your riding?

Jordie: I don’t have much of a routine lately. I jog every morning, and when I do go to the gym I still do a lot of body weight stuff, and anything with weights I try to involve a core exercise at the same time. I feel like core strength helps more than anything.

Are you a full-time professional rider or do you work during the off-season?

Jordie: Mostly just riding these days, although I feel like I build more for these projects than I ever get to ride the stuff. Darren and I also run JD Parks together and do trail and jump builds when we have the time.

Will you make another bid for Rampage?

Jordie: Definitely. I have so much more to do with that line! 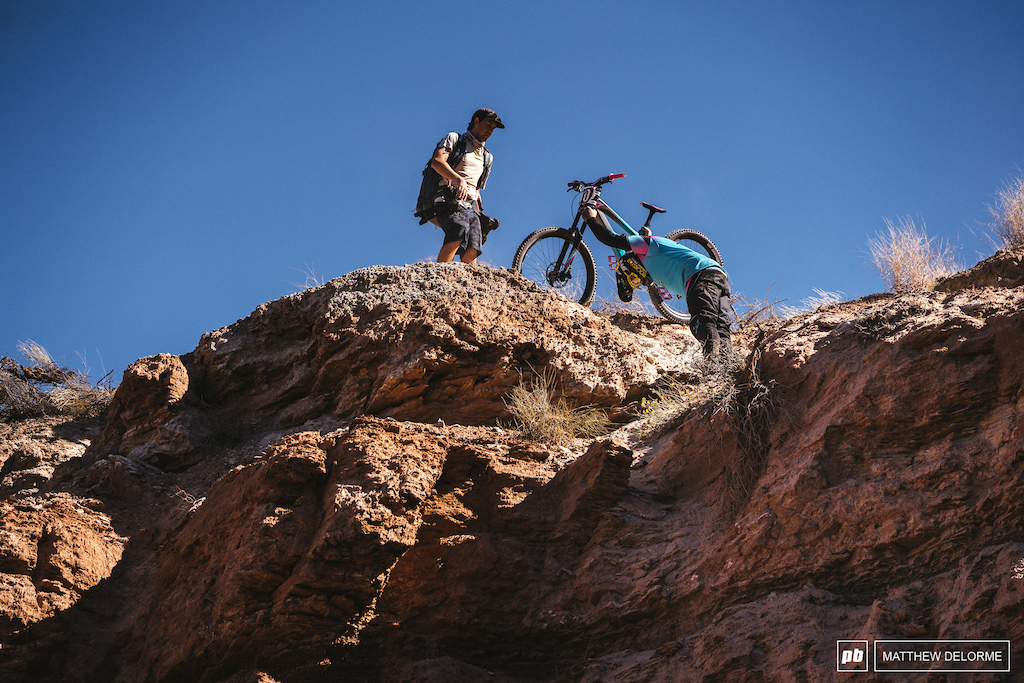 How hard was it to make the call not to go up for a second run at Rampage?

Jordie: Not that hard. I had been sick all week, my line wasn’t finished at the bottom, and I had gotten very little practice. I just wanted to ride the top half of my run, and I maybe could’ve ridden it a bit better, but was happy with what I rode and to leave in one piece.

What projects do you have lined up for 2019?

What are your goals with mountain biking?

Jordie: Just to keep pushing myself, and the sport hopefully. Freeride ain't dead! 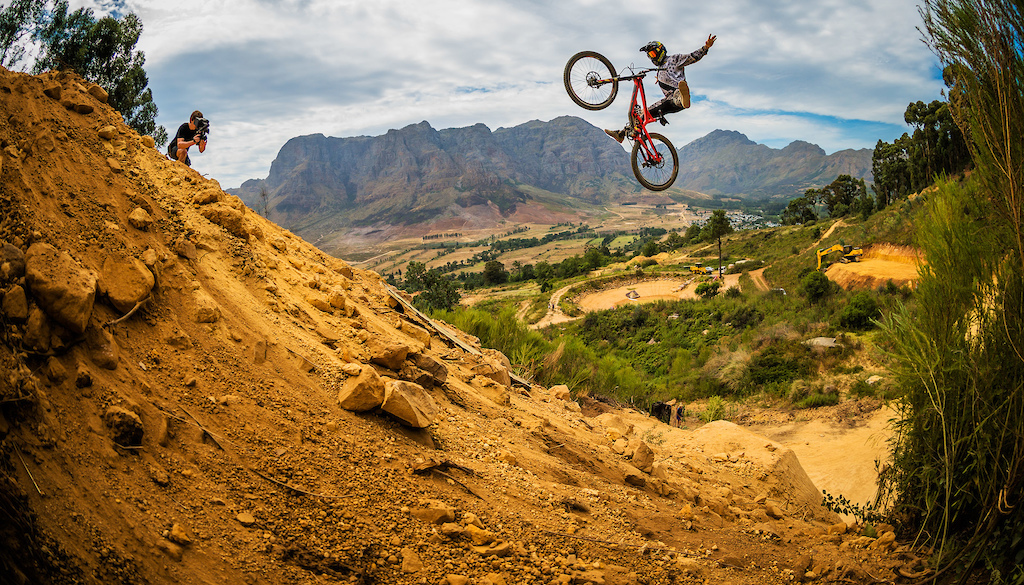 rcrdrvr (Nov 23, 2018 at 9:00)
And so doing it right. Building and sending it big and surviving. Absolute Legend. Why does it feel like the old days. I'm ready to send a 20 ft'er with a short shale landing that I can never seem to get right again...shale is soft right?

patrickbatemanworldtour89 (Nov 28, 2018 at 3:50) (Below Threshold)
You ever do anything but kiss his ass online? Some of use measure days in the thousands of pounds we push up.

You obviously need to shut the f*ck up. Slacker.

Maybe if I kiss enough ass I'll be cool too!

Break an arm off hitting a bunny hop, I'll shut up. You aint even got that shit

Done and done. f*ck all the levies

These f*ggots think they have a monopoly: nope. I can bang beats and rail turns without them over showing up.

My mom's house burned down too. My YT Tues says shut the f*ck up.

dylandoe (Nov 23, 2018 at 8:26)
That bodyweight home gym is simply genius. Jordie, you've always been the one to throw down in everything that we've seen you in, since the very beginning. You're doing sh!t right.

aps62 (Nov 23, 2018 at 10:48)
True. Notice the golf clubs in the same shot as full face helmets and JL banging the bars. Seemed funny at first but I guess a Geezer gotta have some down time too

islandforlife (Nov 23, 2018 at 11:59)
@aps62: Golf is super fun and addicting... but is also HUGE training for your mental game. If you want to get good, it's all mental - focus, confidence and smart play under pressure = great skills for mtb competition or any competition.

LeToux (Nov 23, 2018 at 8:41)
Movie is awesome but pictures crystalise how gnarly are the action! (thx for my quality English, not proud ahah)

dj100procentenduro (Nov 23, 2018 at 12:28)
Cmon: everyone is fully entitled to wear whatever they feel ok with. And Jordie is even more entitled