Introducing the Women Of Fireride Invitational

The Fireride Festival is an event that evolved from campfire conversations into a realized vision, one that organizer Patrick Robinson and Gabriel Cuevas have now revamped to develop Fireride 2.0. They have received amazing support from both athletes and the surrounding community who have come together for the love and passion of cycling. Fireride is working closely with http://www.sportallies.org/, who have a mission to promote diversity and inclusion through sport, who are committed to demonstrating women are capable of competing at major events, and who embrace a growth-centric and laid-back atmosphere.

"We have already recognized the impact of women participating in our events within the local Mexican community, and want to continue supporting the growth and development of women in mountain biking", Patrick notes, adding that the Mexican government is also very supportive, helping fund the build of Fireride. Recognizing the benefits of cycling as a mode of transportation and exercise, the government is fostering a shift to cycling lanes and appears eager to support events to draw attention to life on two wheels. In addition to the freeride course or Rogatkin Line, the Fireride Festival will also consist of a Dual Slalom, Long Jump, Whip Off and High Jump, where athletes will compete for prizes including Best Style and Rider of the Week.

The following female athletes will be attending the Fireride Invitational, being held May 20-22 in Puerto Vallarta.

Ming's riding career began in 2013 at Mountain Creek Bike Park, where she started downhill racing in 2015. She's competed at Sugar Showdown (Seattle, WA), Crankworx (Whistler, BC), and the Big White Invitational, finishing 2nd overall in the first Women's Slopestyle Tour (WST) in 2019. That year, Ming also became a member of the first Red Bull Formation group, learning to transform the Utah terrain into rideable lines with other female athletes. 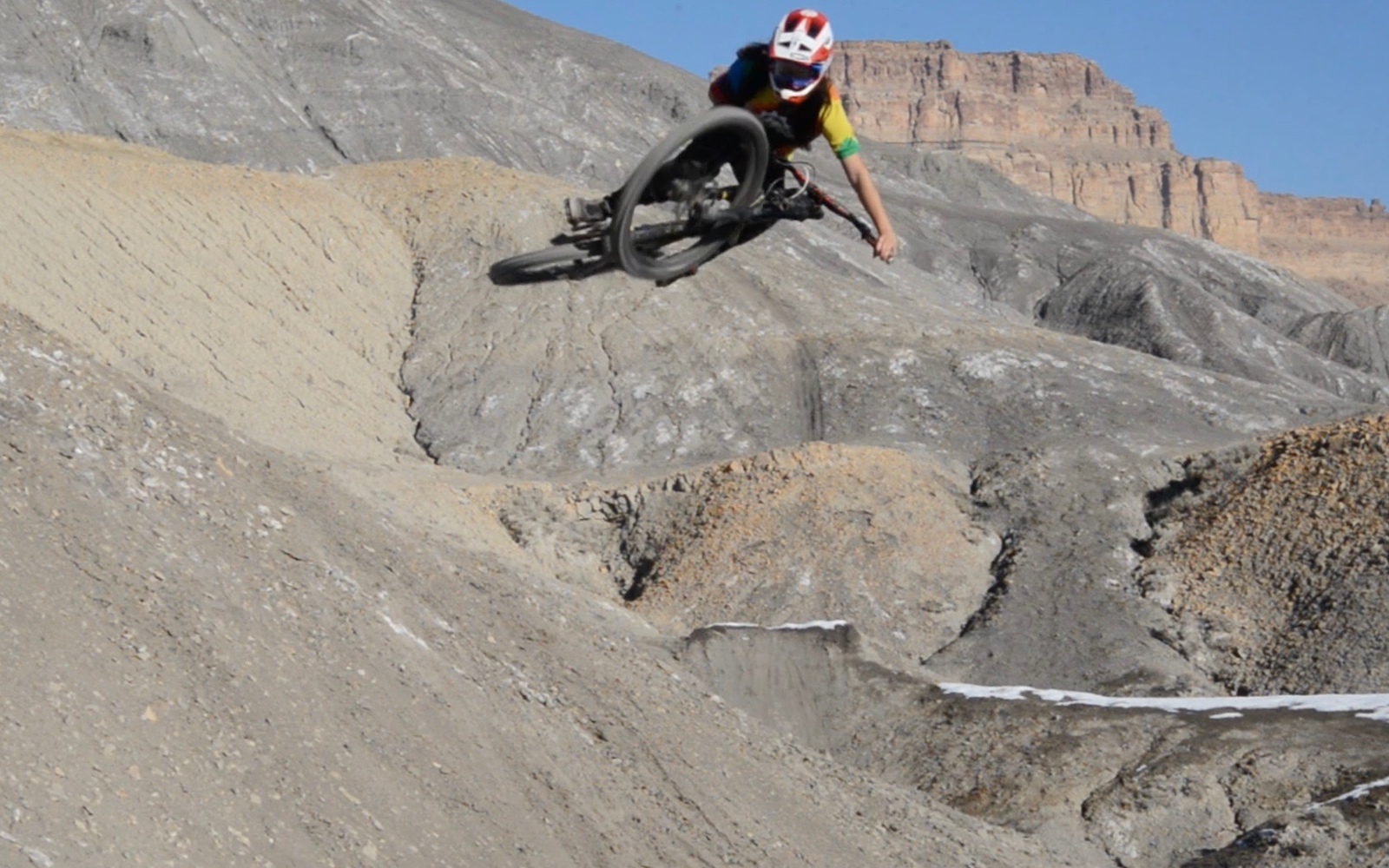 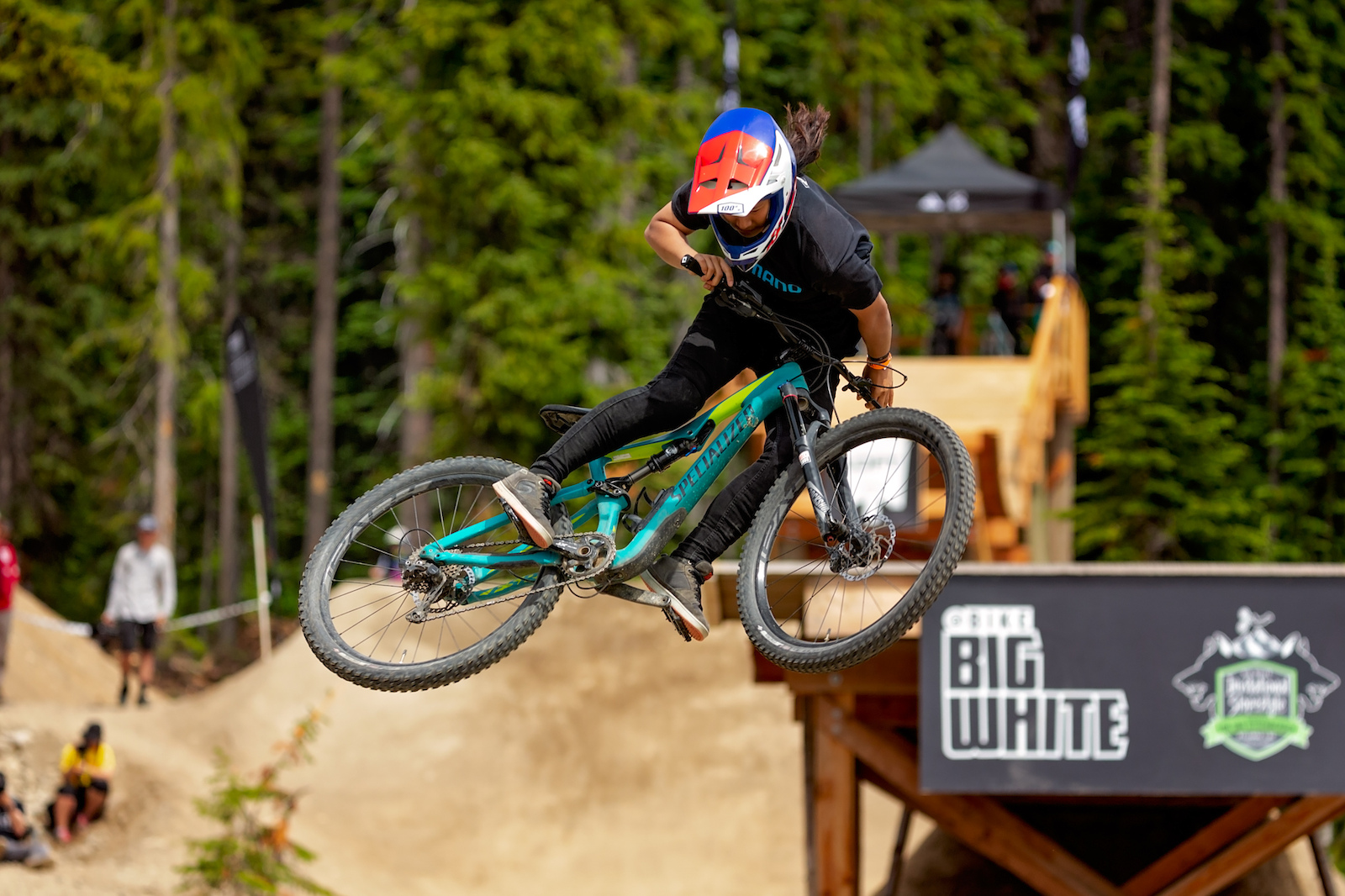 Stephanie began her slopestyle and freeride career shortly before the inception of Crankworx. She has been the first woman to compete in both the Red Bull Freezride and Crankworx Joyride, and in 2019 worked with other organizers to develop the Women's Slopestyle Tour in order to provide women a platform on which to compete. In 2019 she won the Canadian Freestyle BMX Championships and later that summer finished first overall in the WST series. 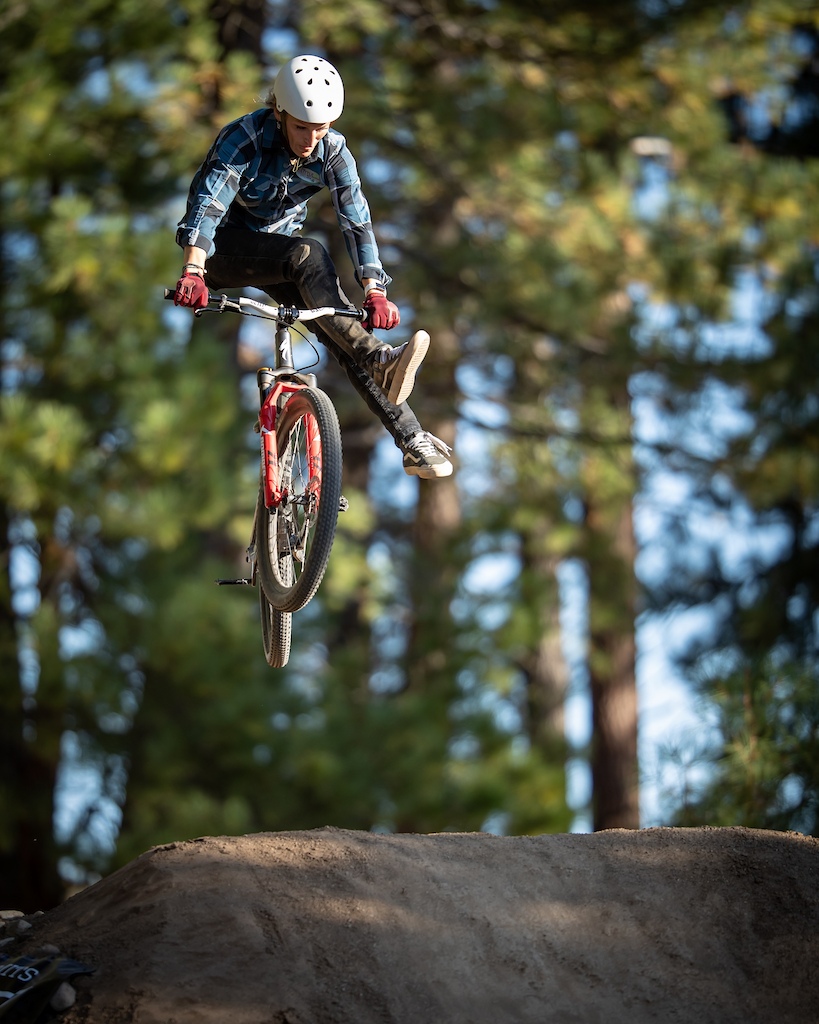 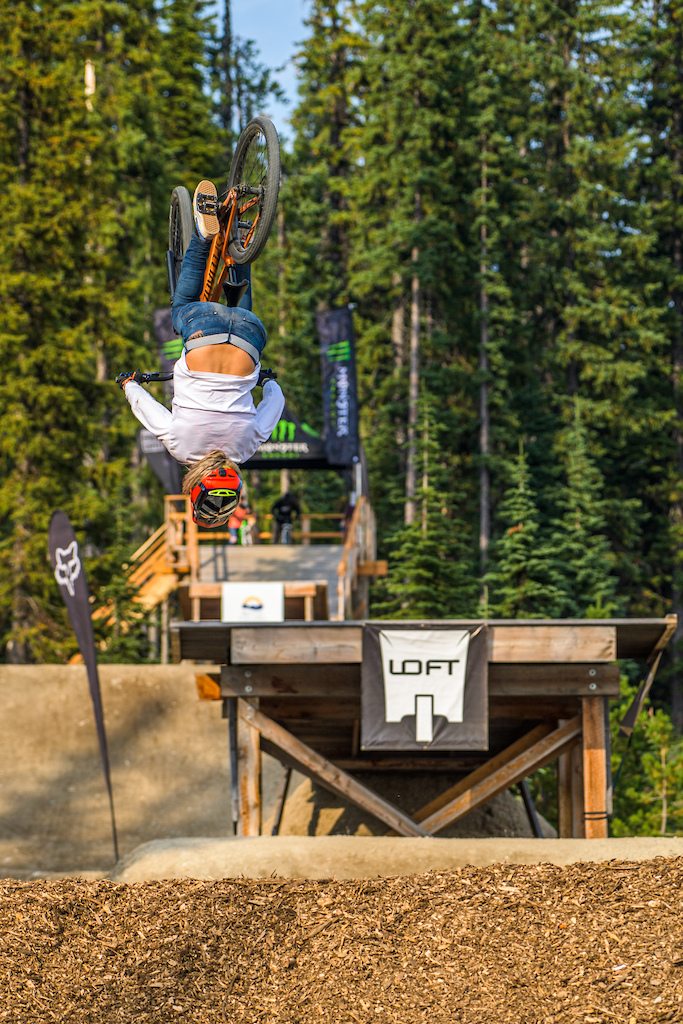 In 2018 Ana Julia bought her first cross country bike, quickly becoming hooked on downhill riding and jumping. She began racing enduro in 2020 and became the National Champion of Mexico. Never having attended a freeride event before, Ana is looking forward to transitioning her skills to the larger freeride features at Fireride. 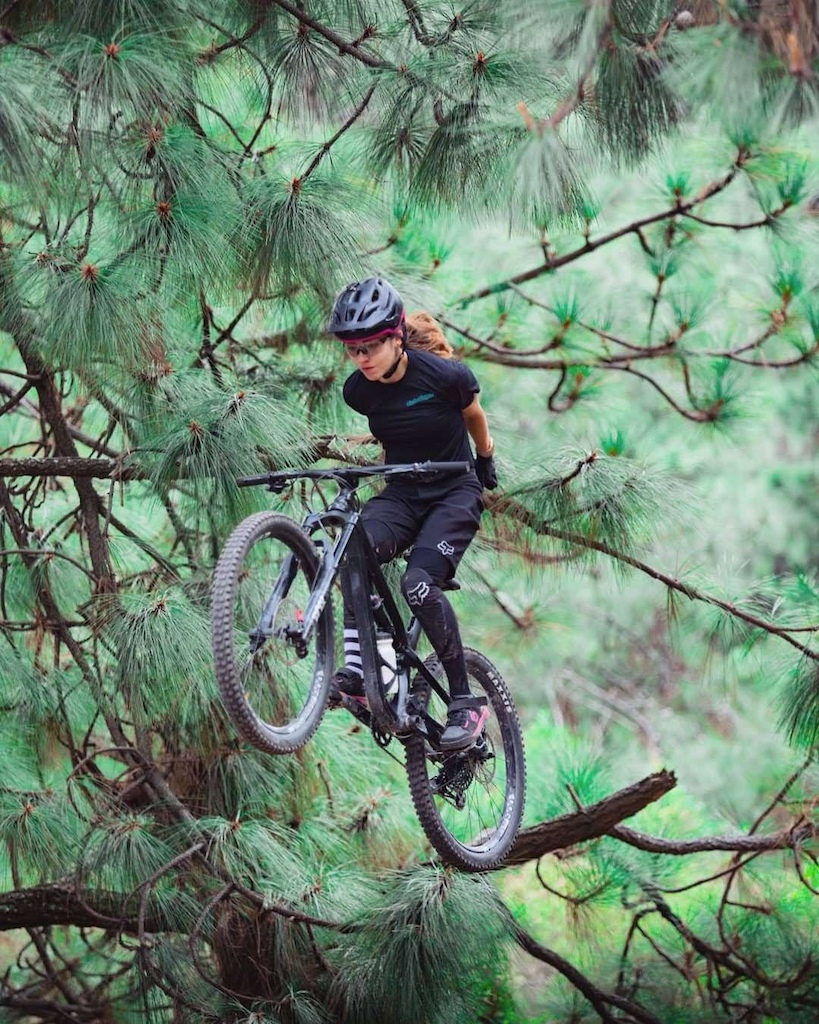 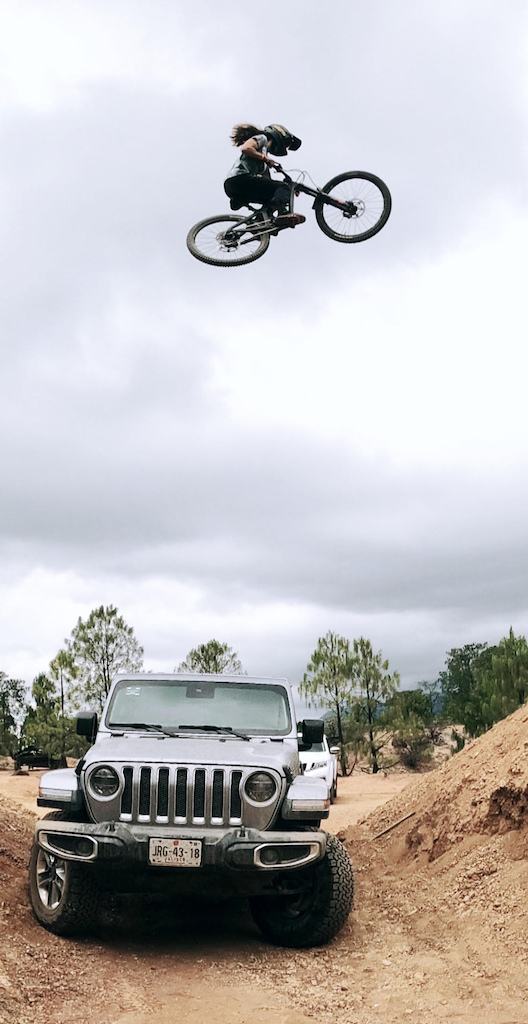 Brooke began riding at local DJs and indoor parks, but once the Women’s Slopestyle Tour was organized in 2019, her motivation to compete and progress was ignited. Since then, she also began riding full suspension bikes and this summer will be living out of her converted van at Highland Mountain Bike Park to train for Slopestyle and Freeride. In the coming years, Brooke aims to compete in the Women’s Slopestyle Tour, Crankworx, and as many Freeride and Slope events as opportunity allows. 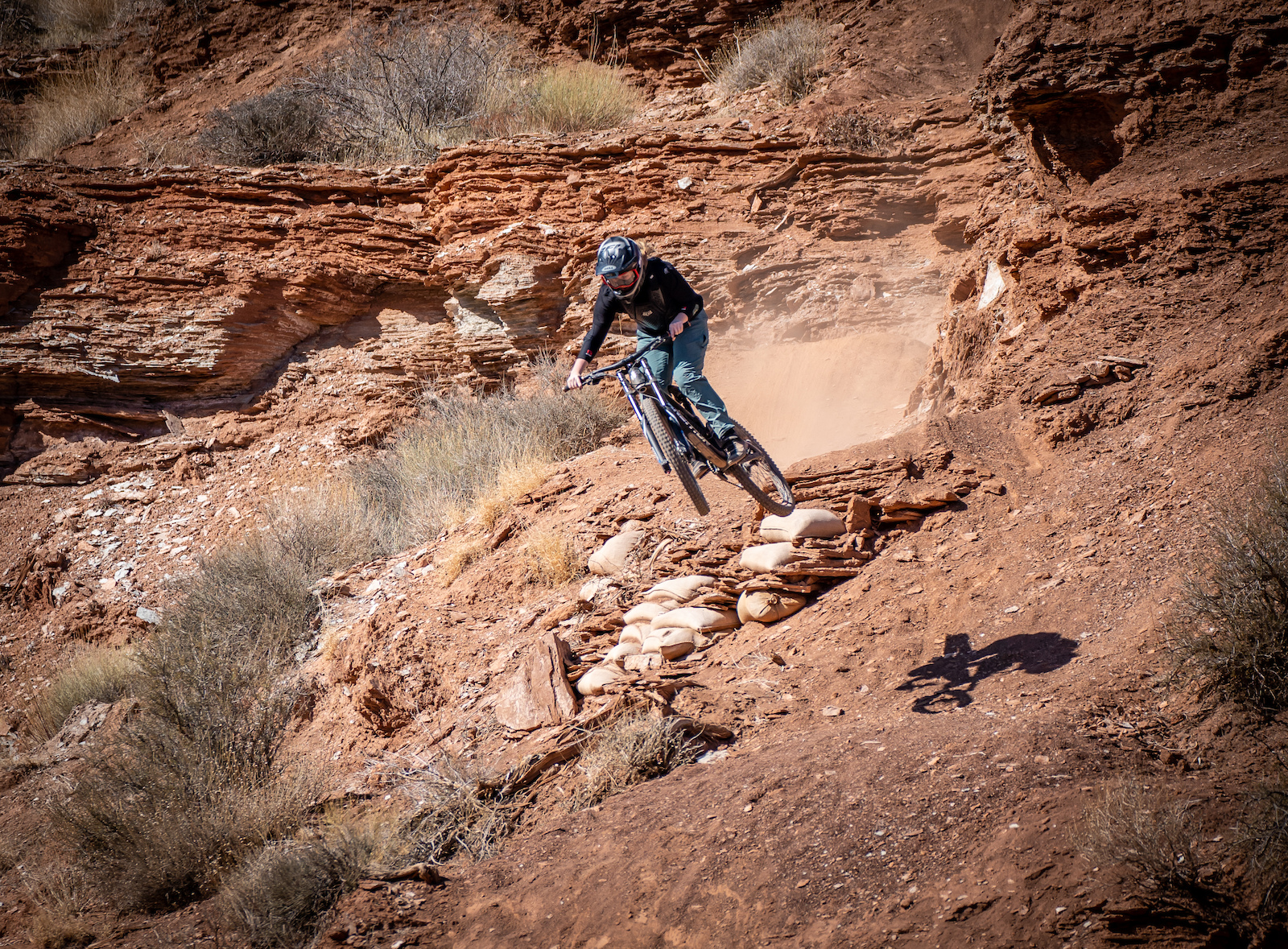 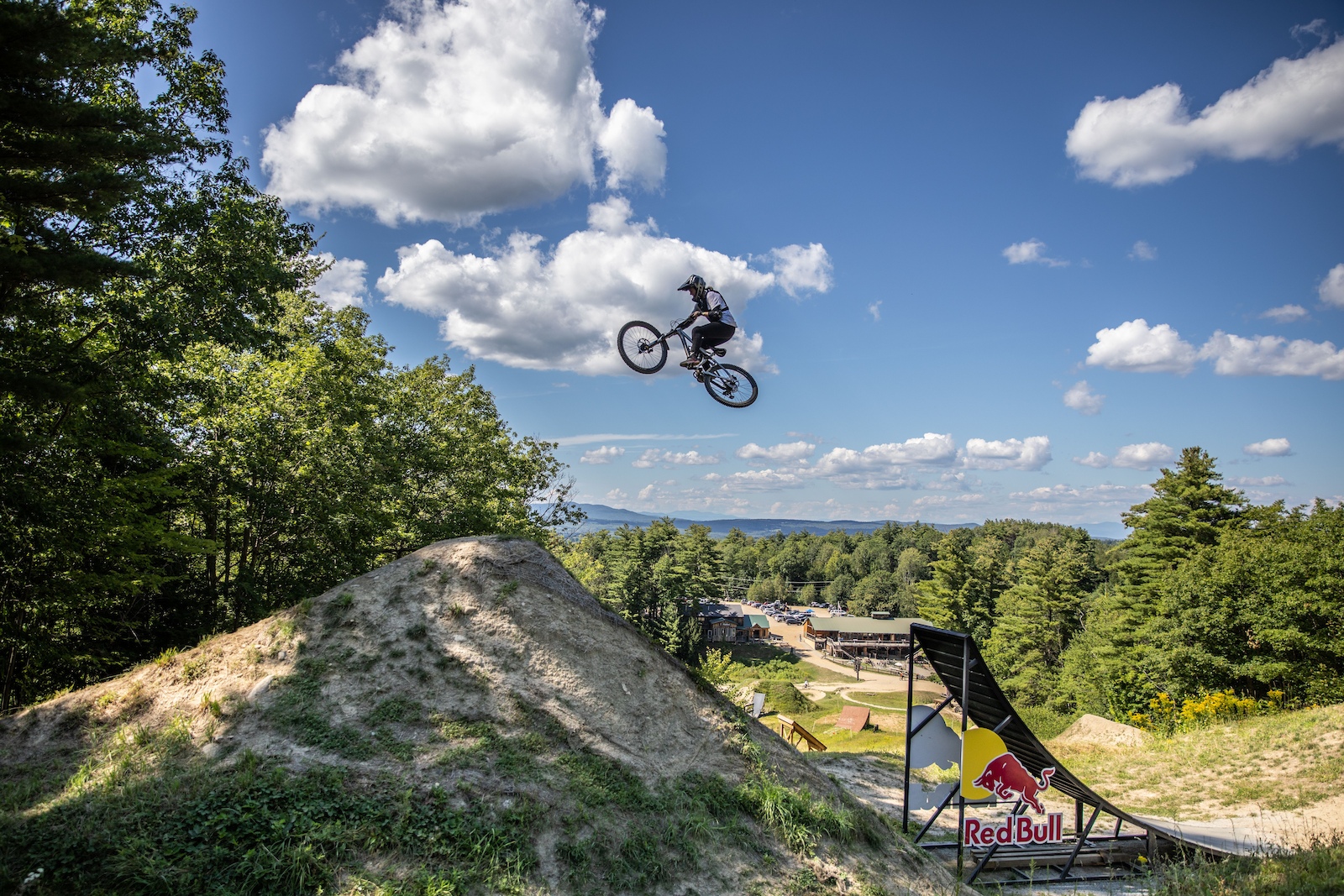 With an enduro racing background, Kaia tied for 15th on the EWS U21 Global Reserve List in 2020 to race EWS women in 2021. Seven months ago she was first introduced to freeriding, and four months later she left Idaho for Durango, CO to join the local free-ride ITHG community. In addition to continuing the EWS series, this season Kaia is looking to push her boundaries in the sport, learn new tricks and dig in the desert. 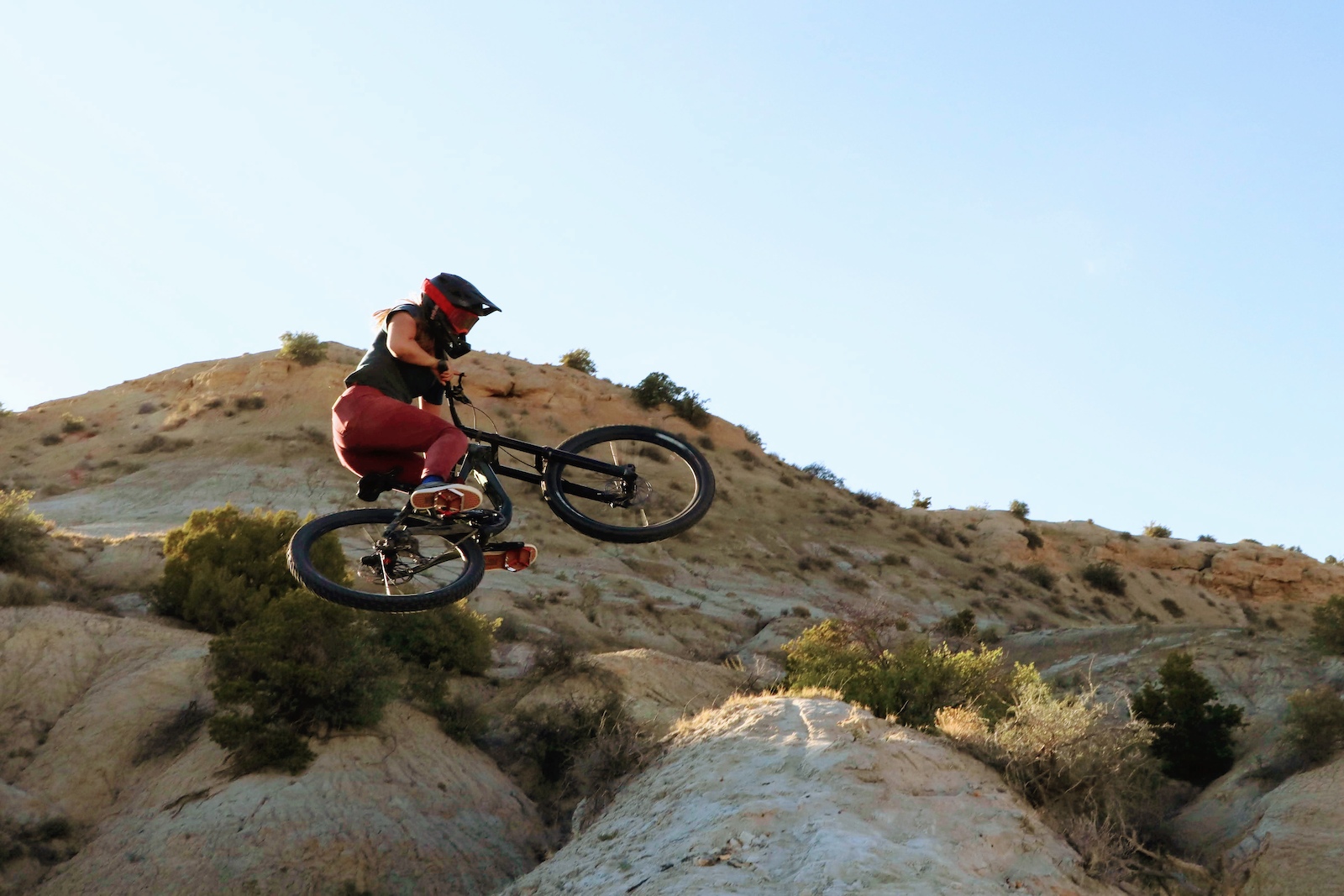 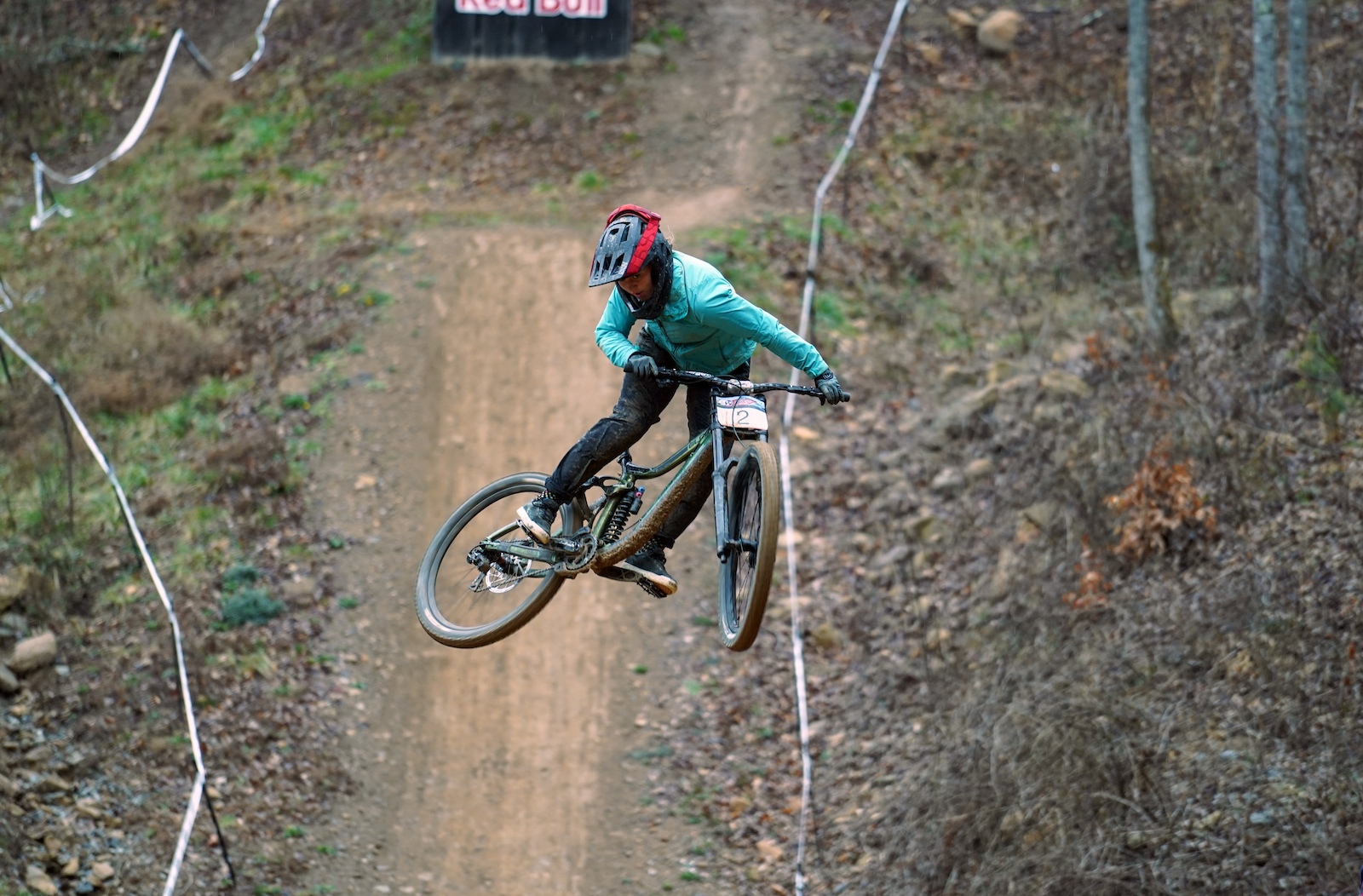 Renata was introduced to mountain biking 6 years ago. Originally competing in downhill, she finished 2nd in the Junior Pan-American Championships, 3rd in Junior Crankworx Garbanzo, and 2nd elite in Nationals. She began riding jumps and learning tricks just over a year ago at Air Rec in BC, and has continued to progress at her local bike park, Pyts in Valdivia de Paine, Chile. Renata remains the first and only girl in Chile to ride larger features, continuously pushing the envelope for herself and other women in her country. 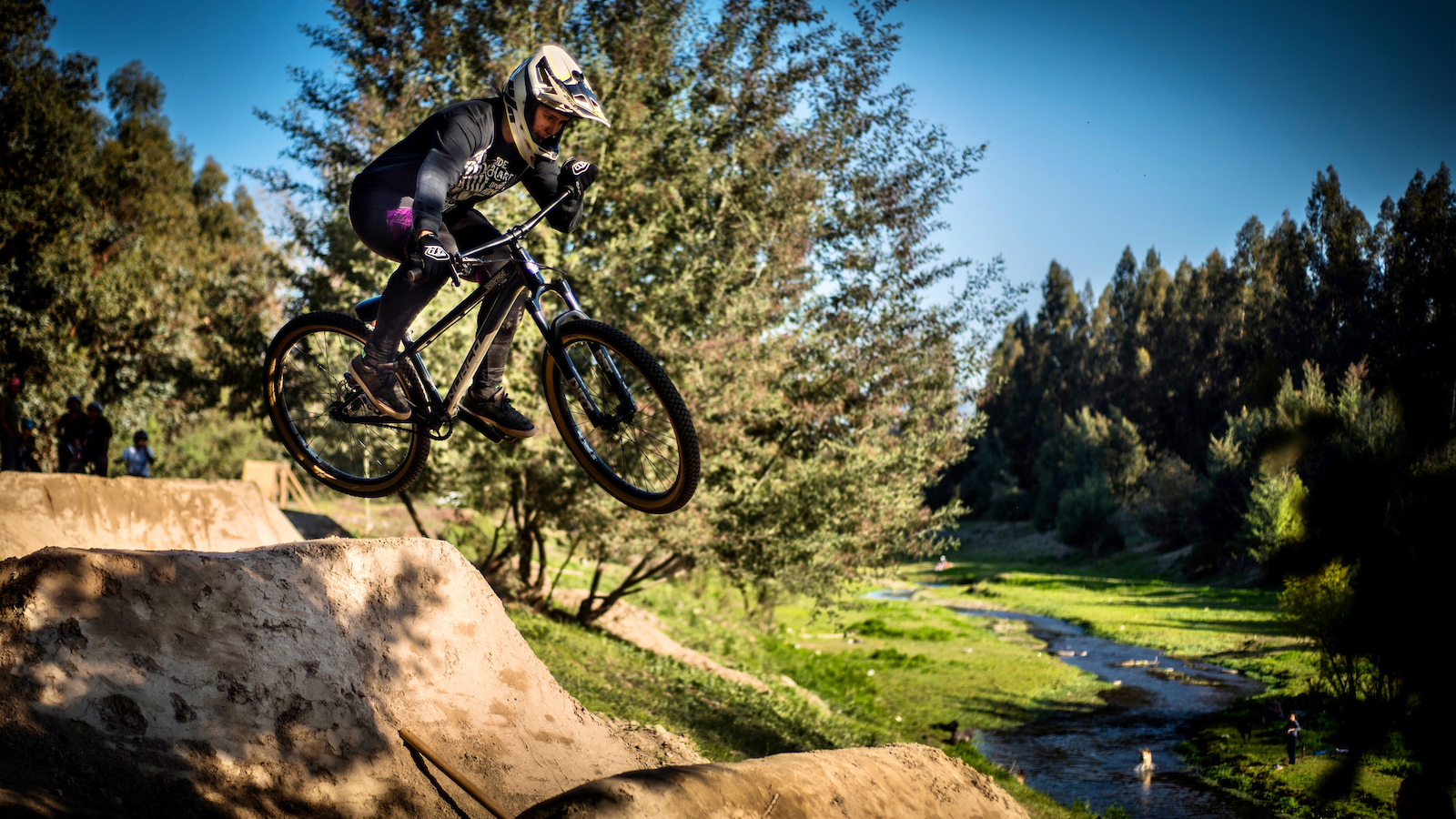 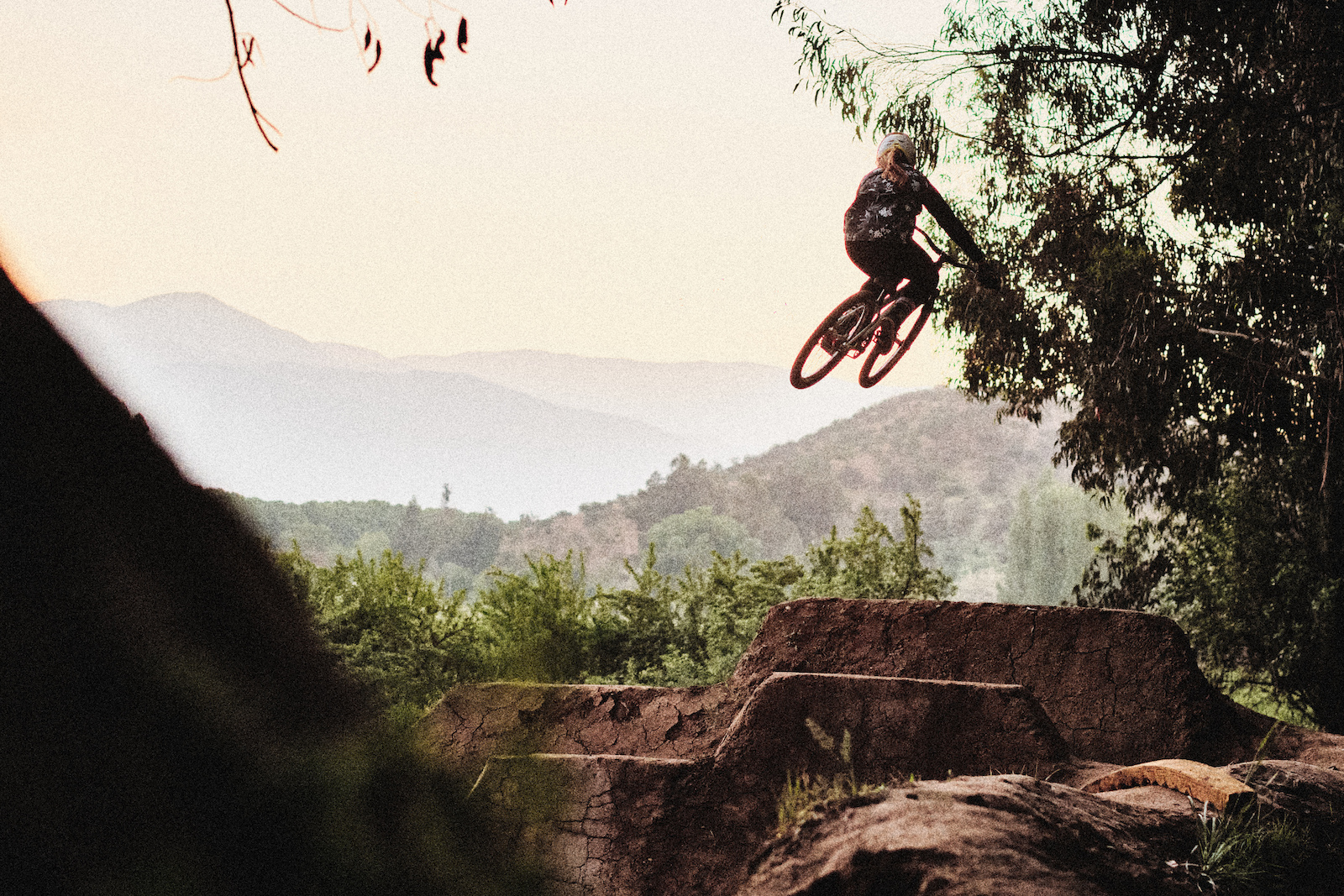 As rider Kaia Jensen says "Progress happens fast in this sport when you have a whole crew of people who believe in you, and (who) reject limitations. I just want to ride my bike and be part of the crew that gets rid of caveats like 'for a girl'". With the motto 'Bikes, Tacos, and Good Times' the Fireride Festival is sure offer women a place for just that. Stay tuned to Pinkbike or @fireridefestival for updates and coverage of the event, and follow these riders on IG to show your support! 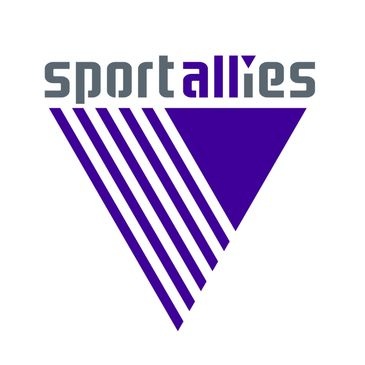 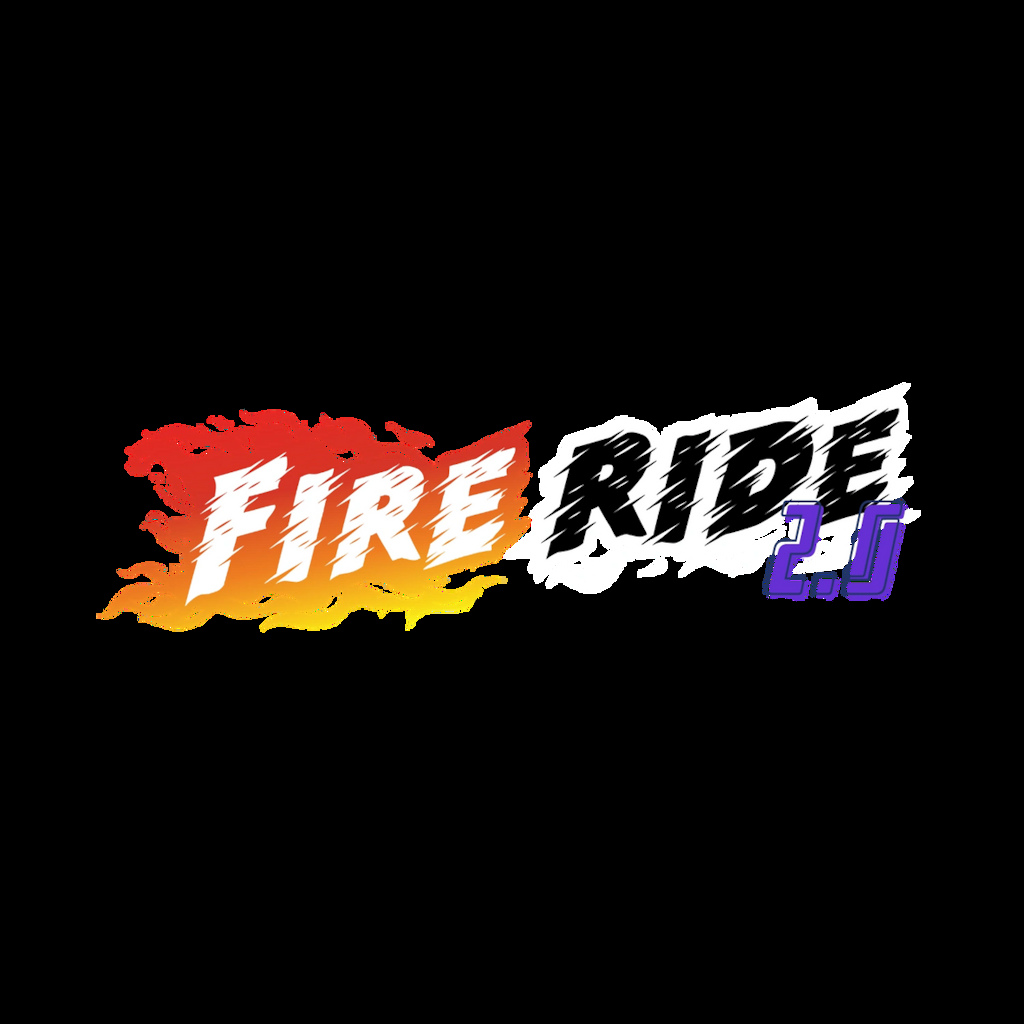 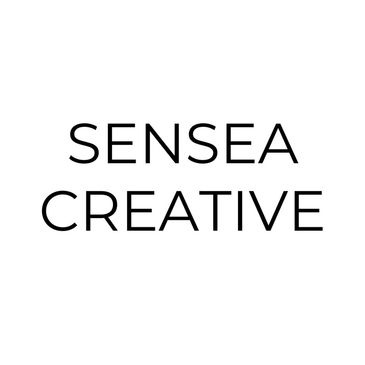 big-red (Apr 29, 2021 at 11:33)
"In 2018 Ana Julia bought her first cross country bike, quickly becoming hooked on downhill riding and jumping. She began racing enduro in 2020 and became the National Champion of Mexico."

Holy moly that's fast! With progress like that, I wouldn't be surprised if this turns out to be a name we keep hearing for a loooong time.

That counts for something as well right?

Jokes aside, her progression is insane!

schlockinz (Apr 29, 2021 at 13:49)
@Caiokv: How do we know that you are in fact alive, and not just a bot using a former human beings account? If catfishing is a thing, is hermit crabbing also a thing?

betobi (Apr 30, 2021 at 1:12)
bought my first bike in 2010. Two years later I already dropped from the boardwalk and wheelied 3-4m ! I then picked up racing in 2015 and, despite some injuries, managed to finish almost all the races I started. just recently I bought a new bike and really think, if my profession going on like that, I could pick up a sponsorship by 2087 and become the oldest winner of the EWS in my class ( wich will be "Masters 95+ )

I'm SO STOKED to see these ladies absolutely SEND IT! Get it ladies! YEEWWW!!!!

This is so exciting

ldhbaker (Apr 29, 2021 at 11:22)
Great initiative with some great riders! Is it really prudent to plan a trip that everyone has to travel to, though? In the middle of a pandemic that seems really shortsighted.

ldhbaker (Apr 30, 2021 at 9:51)
@freeridejerk888: Really? Promoting international travel at the moment? Look at all the other events that have been cancelled (including plenty of mtb ones).

ldhbaker (Apr 30, 2021 at 9:52)
@fullendurbro: It will if enough people get vaccinated. Could be the case in the US and Mexico by June ish, so why wouldn't the organizers just plan the event for a bit later, like everyone else is doing?

ldhbaker (Apr 30, 2021 at 9:54)
@mm732: Well. My brother lives in san fran - like you - and certainly the pandemic is scary. Plenty of people your age are getting really sick and dying, so yeah there's reason to be concerned. I'm happy that you haven't had to personally experience that fear.