There are few mountain bikers who draw admiration like Paul Basagoitia. He has always had a way of surprising us, starting of course with his big win on a borrowed bike in the inaugural Crankworx Slopestyle, followed by his repeated victory after returning to Whistler the following year—this time with multiple sponsors. He went on to continuously influence the sport with his vision and signature style year after year. 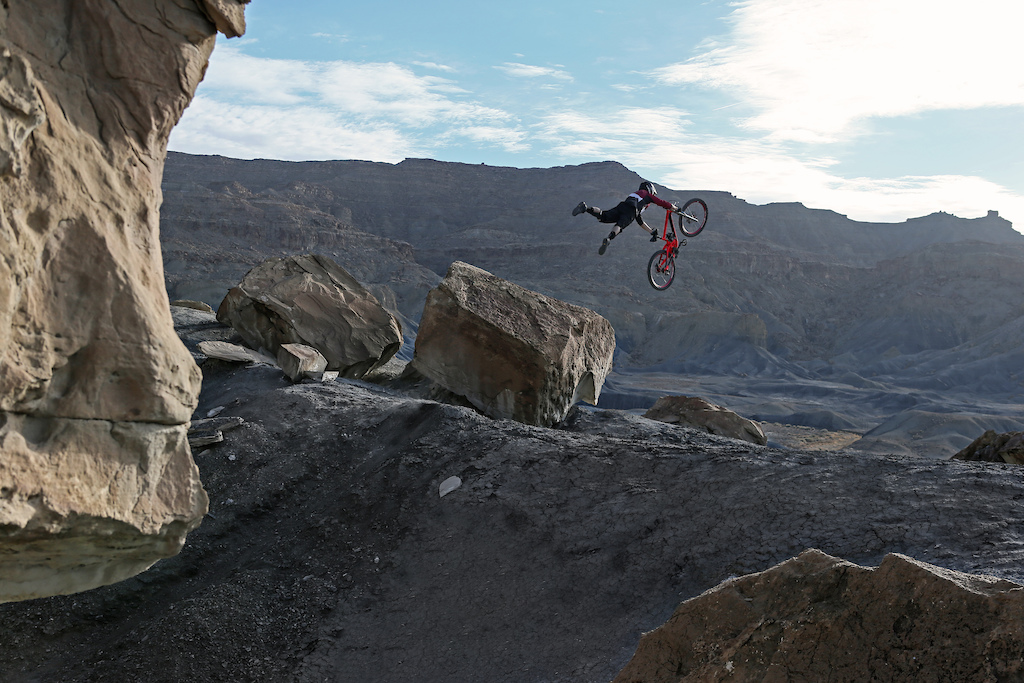 Paul has been featured in numerous video segments—continuously raising the bar for what’s possible on a bike. He went on to prove he was more than just a kid with a bag of tricks when he started entering and winning races. From big mountain double flip lines to Crankworx pump tracks, he has been an unstoppable force in a variety of disciplines.

What many people do not realize is that Paul came from a BMX racing background and to this day he claims that one of his most cherished accomplishments was on a BMX.


- Paul Basagoitia
In October 2014, as a four-time Red Bull Rampage competitor, Paul put in an impressive run to pre-qualify for a spot in the finals at the 2015 event with the world’s most elite freeriders. As the pinnacle of the MTB season, the annual event is the only competition of its kind in that athletes design and build their their own lines and can better their score by pulling tricks, doing it all on DH bikes. It is regarded as the Superbowl of mountain biking, and if you have ever witnessed the event in person, you definitely understand why.

Fast forward to Rampage 2015 and his line had it all; steep, rugged chutes; boosty jumps; a natural canyon gap; and a drop that looked to be the highest within the boundaries of the competition. But, as we know, with Paul it's not just about the line, it's how he rides it. And he didn't hold back. After stomping a flip over the canyon gap on the upper portion of his line, Paul made his way down to where his big drop awaited. Blasting a massive blind drop is a stressful task under any circumstances, let alone in a competition of this caliber. A drop of this size is something that very few people have even witnessed, let alone experienced. 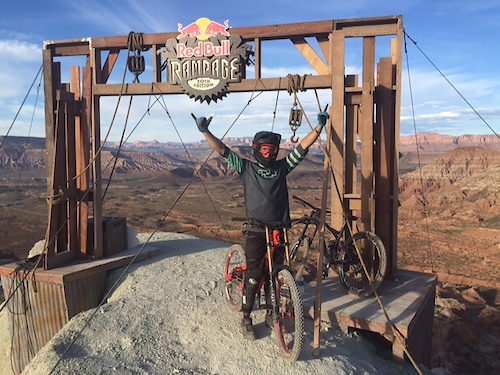 With the crowd roaring from what was shaping up to be a winning run, Paul approached the cliff with a full head of steam. Landing deep in the transition, Paul impressively muscled it out and managed to stay on the bike. However, at Rampage, if you lose control for even a fraction of a second, there are almost always consequences. In Paul’s case, the consequences were life-changing.

The impact of the drop forced him off-line and he was bucked out of control over a cliff, landing directly on his back and shattering his T12 vertebrae. Paul was airlifted to St. Georges hospital and immediately underwent extensive surgery. Since then, not a day has passed where Paul has not worked towards recovery.


There was a tremendous outpouring of support from the tightly-knit community—from Paul’s close friends and athletes to various companies around the globe. Although the support was generous and wide-spread, the road to recovery is a long one, and a year later he could really use our continued support.


A few weeks before Rampage 2015, Paul filmed a video to help launch the latest RYDERS goggle, the Tallcan. After the accident, RYDERS chose to hold off on releasing the video as RYDERS did not want to distract from the strong impact the #IRIDEFORPAUL initiative was having. Now that some time has passed, RYDERS is excited to share this video in an attempt to rekindle support for Paul.

- Paul Basagoitia
RYDERS wants to use this video to continue to bring attention and support for Paul, his rehabilitation, and his objective to raise spinal cord injury awareness. In addition to donating directly to the #irideforpaul initiative, RYDERS has added a couple of options:

rayy (Oct 3, 2016 at 7:05)
Paul, you are THE man. I just did my rehab-exercises for the first time in two weeks after reading this article. Thanks.

Garpur44 (Oct 3, 2016 at 9:29)
@rayy funny you should say that, I'm recovering from a dislocated shoulder and after I read this I did a few rehab exercises.

nathanh (Oct 3, 2016 at 20:22)
Also weird you say this as I just finished doing the same thing with my leg after tearing my MCL

imcusi (Oct 4, 2016 at 13:21)
@nathanh: odd you should say that as I am recovering from a dislocated shoulder and I just did my pt excersise as well

thetrailshredder (Oct 17, 2016 at 22:00)
@Trials-FTW: Don't kill the vibe, I just recovered from a broken collarbone. Not being able to ride is like hell. It's depressing and sucks. Let these guys say what they want. Encourage them rather then discourage.

imcusi (Nov 9, 2016 at 11:59)
@Trials-FTW: we are all mentioning that Paul is inspiring us injured to push through instead of sitting on our asses

sicknic (Oct 3, 2016 at 7:08)
hopefully paul will be back one day... he is such a stylish and talented rider... healing vibes from germany to you paul.. you are such an impressive person!!!

Tibbsy (Oct 3, 2016 at 17:46)
Keep at it man I broke my neck 20 years ago in a rugby accident and was initially paralysed from the chest down. I took up mountain biking as part of my rehab and at first I was just doing small rides on the road and now I am hitting black diamond trails. My right leg still only has about 50% power which makes me really slow on the uphills and my back is always killing me but once I point that bike downhill im off.
Youve just got to perservere and im still doing rehab exercises and getting better after 20years

grandmastere (Oct 3, 2016 at 9:18)
Does anyone know how his recovery and rehabilitation is progressing? Happy to contribute, hope his hard work is helping him make gains everyday.

anyexcusetoride (Oct 3, 2016 at 10:27)
I'd second that question, obviously there was a lot on social media just after his accident about how he was doing but I feel like I don't really know where he is with his rehab and would really love to know how he is doing now!

anchoricex (Oct 3, 2016 at 10:38)
Back when I read that after his time spent recovering, meeting other people with similar injuries, and Paul stating: I have new heroes now.

Shit that made me want to cry.

I'm actually taking screenwriting classes right now, and as I explore what makes a good story I've learned one of the pivotal parts of a great story are the ones where there's an "all is lost" moment, where you think it's all gone, but the hero triumphs and he CHANGES. Clearly this whole thing has changed Paul, but seeing him redefine his heroes and goals of what he wants to contribute in life, reaching out to help others with the same injuries, the change in him makes SUCH A DAMN GOOD STORY. Never met this man, but holy shit I love you Paul. You are the f*cking dude. Your heroes journey is the f*cking best. Know that brother!

steezysam (Oct 3, 2016 at 10:03)
having never experienced anything quite like this, I cannot even come close to imagining the willpower and strength it must take to rehab from such a debilitating injury. Paul, the way you've turned such a negative event in your life into such a positive for so many people struggling with similar circumstances is absolutely incredible. nothing but the utmost respect

jeremiahwas (Oct 3, 2016 at 10:22)
Did anyone else watch that video and think it was a recent ‘comeback’ video? I was bummed when I scrolled down and saw it was pre-accident.
Someday! Stay strong.

pigman65 (Oct 4, 2016 at 7:51)
The SuperBowl just like the World Series is only played by one fucking country, if you want a comparison try the FIFA World Cup or the Olympics.