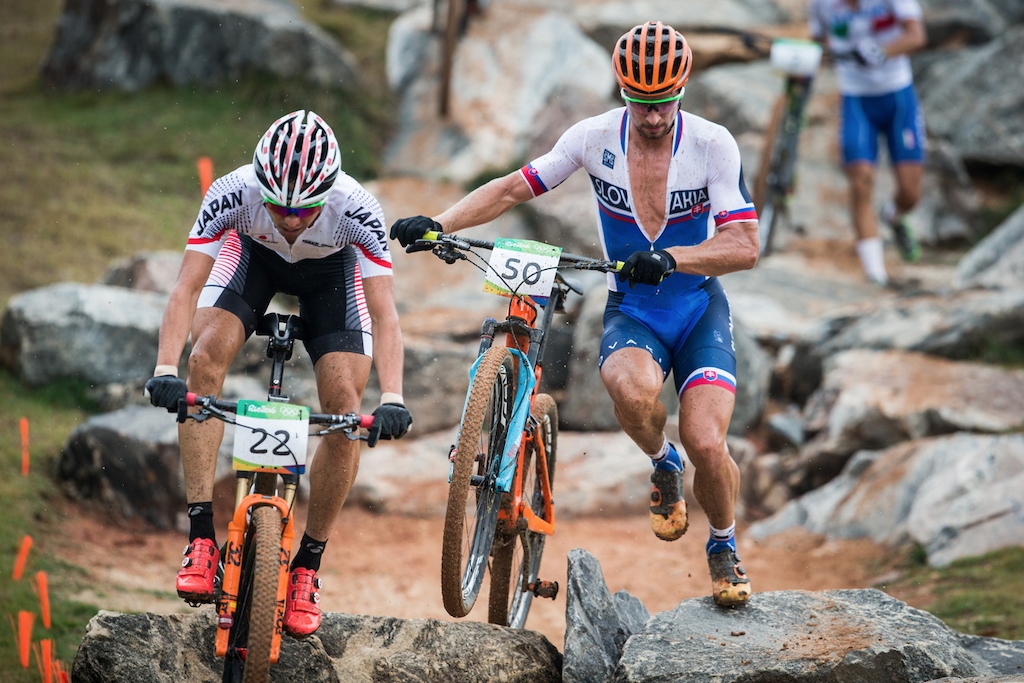 Pro road cyclist and past Junior XC World Champion Peter Sagan has revealed plans to participate in this year's eMTB World Championships at Les Gets.

First reported by La Gazzetta Della Sport, an Italian sports publication, Peter Sagan revealed his plans for the World Champs later this month while also adding: "I won't be able to be competitive and I'm not going for that. For me it will be a party."

The Slovakian rider started his riding career both on and off-road with an early win at the Junior World Championships in 2008, the same year Josh Bryceland won the Junior DH and Nino Schurter the U23 XC race. In more recent years, Sagan has raced the XC at the 2016 Olympics and a few big gravel races.

Sagan will most likely be using his sponsor Specialized's eMTB and has the potential to match Tom Pidock's 2020 success when he won the Leogang World Champs on a Specialized S-Works Turbo Levo.

The 2016 Olympics definitely did not go as well as he had hoped, but Sagan is known for his technical prowess on the road so we look forward to seeing how he fares on his eMTB.

Posted In:
Racing and Events eMTB

I'm pretty certain that this is the only MTB image PB have of Sagan (I was part of commissioning the images from Rio 2016) - so to use anything else would be complicated and expensive.

drakefan705 (Aug 4, 2022 at 8:51)
I see a lot of coverage of emtb racing but not a whole lot of response from viewers. Could it be that this “sport” is being shoved down our throats as badly as everyone expected?

HB208 (Aug 4, 2022 at 8:53)
I want to see a Pinkbike academy where they take eight middle aged dudes who like food and beer a bit too much and have them race ebikes.

zephxiii (Aug 4, 2022 at 9:38)
For some reason this reminds me of MS forcing me to use an incomplete downgrade of a taskbar.

PHX77 (Aug 4, 2022 at 11:24)
@HB208: Pinkbike, are you listening? Where do i sign up? I have full AXS on my moped and a Tesla so I could be the dentist character/villain of the series. You could probably buy everyone on staff a new work Tacoma from the ad revenue on the hate clicks alone! Robin, think of the money?!?! I also have a 1up rack, wear full face and goggles on every trail and love blue flow. Then I could have a redemption arc when everybody just figures out that I’ve just worked really hard all my life to get where I’m at and that I’m a good person.

HankHank (Aug 4, 2022 at 12:59)
Hope there isn't any crossover between those taking the piss and those fans of Blevins (3rd last year) and Pidcock (previous eMTB World Champ)...

Fix-the-Spade (Aug 4, 2022 at 13:19)
It's like Formula E. The industry's paying for it and they'll keep paying for it, no matter how many times the races are held in front of empty stands.

max2max (Aug 4, 2022 at 17:59)
Xc e-bikes don't make any sense.
I really hope they would put together a track that would really test ebike riders with an emphasis on technical skills since if you have strong fitness.. well you should race regular XCO..
I imagine really steep uphills where it's not about power but traction - something impossible on a regular bike - enduro/DH style downhill, lots of turns and awkward features ... let's add some huge jumps..
That would be a format I would enjoy.. If it's to see a slightly faster XC race, we are missing the point!

OldButBold (Aug 4, 2022 at 13:27)
"For me it will be a party." - sounds like I'd rather have Pete round for a beer rather than some of the cynical geezers commenting here.

Superburner (Aug 4, 2022 at 15:17)
Ebike racing launched Pidcock’s career, perhaps it could do the same for this Sagan kid. All the best to him.

JudyYellow (Aug 4, 2022 at 9:49)
He was out there taking photos with fans and hanging out so not really racing... more for Specialized's publicity.

Maybe this will be the same thing? Good marketing for their Turbo Levo SL???

HB208 (Aug 4, 2022 at 11:04)
@handynzl: Yeah, but he is sitting in the peloton most of the time and waiting to compete for the springs. Its a bit different, although I am sure if he put his mind to it he could be very competitive at unbound.

handynzl (Aug 4, 2022 at 11:13)
@HB208: Sure...riding at 40km/h (plus, these days) for four or five hours for a 30-second all out effort is "sitting in the peloton". Good luck to you, Sir, to emulate that. Besides that, in his prime he would often animate the breakaway, even in mountain stages. He may have a weird voice, but I do feel you're being a touch harsh by just saying he is a sprinter - a "sprinter" is still an extremely fit, high endurance athlete in the World Tour and Continental Tour teams.

HB208 (Aug 4, 2022 at 11:15)
@handynzl: That's how he races now, I am not saying he always raced that way. But no, Sagan wasn't competing for any of the mountain stages or creating breakaways this year in the TDF.

ReformedRoadie (Aug 4, 2022 at 13:47)
@ShredKC: If you actually had a clue with what happened, he lead the whole field to first rest stop, where he hung out for close to half an hour, talking to fans and taking selfies with them. He was there as a Specialized ambassador. Which is certainly why he is doing this. He did the Olympics to attempt to win a medal, since the road race is much more of a lottery and Slovakia only gets one, maybe two riders vs. France, Belgium, etc. who get full teams.

Betacygni (Aug 4, 2022 at 15:01)
Hope the UCI continues to implement their checks for mechanical doping…oh wait…

captainshapely (Aug 4, 2022 at 12:36)
Check yo self. Peter Sagan can ride a road bike more places than an above-average-Joe can ride an ebike.

Starch-Anton (Aug 5, 2022 at 2:06)
@handynzl: Two punctures due to poor line choice, and poor technique....he had the fitness, but unlike on the road, the other MTB riders are a level above technically, despite people(mainly roadies) thinking he's on another level - he isn't.