The Art of Adventure // Chapter 2: Joey Schusler's Unexpected Journey
As Joey Schusler progressed in the world of filmmaking, so did the epicness of his adventures. From Mongolia to Mexico to Iceland, he's continually raised the stakes through his pursuit of secluded singletrack, uncharted territories and majestic landscapes.

With roots in Boulder, CO, the mountains have been a formative force in Joey Schusler’s life. However, after nearly a decade of racing – climbing the ranks from local races to the UCI World Cup – his focus began to shift toward filmmaking, seeing how far his bike could take him, not just how fast he could go. In the years since, he’s travelled the world with his camera, bike and best friends, exploring rugged and remote areas, telling the stories of places and their people. For Joey, adventuring is not only a lifestyle but an art form. 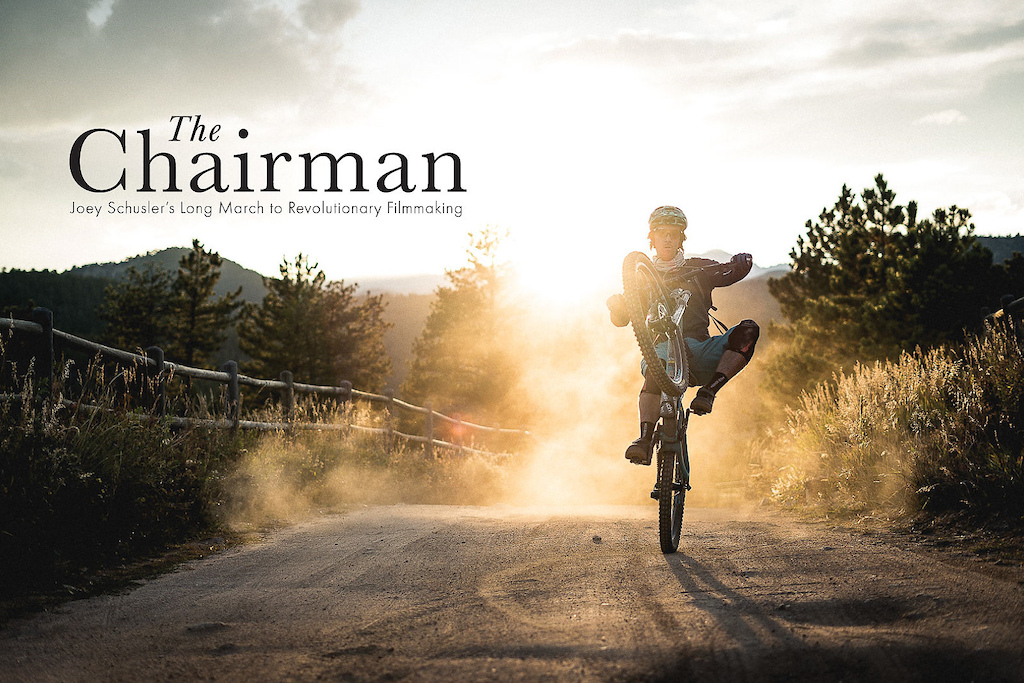 "The Chairman" as seen in Freehub Magazine Issue 8.4, the Adventure & Escape Issue
Freehub Magazine Issue 8.4. True adventures always seem to start when plans go awry. In Issue 8.4, this means continually bump-starting a van in New Zealand, a quick visit to South Lake Tahoe’s Emergency Room, and in Canada’s Yukon, not knowing (or caring) what time of day it is. Adventure filmmaker Joey Schulser seeks new experiences on the far sides of the globe, while Thomas Vanderham reflects on where bikes have taken him, beyond geographical locations. Through everything, bikes serve as the impetus and provide a common denominator that transcends all languages and borders.

Save 40% on a subscription to Freehub Magazine with our Pinkbike Shared Reader Discount.
MENTIONS: @FreehubMag

rescuetool (Jan 24, 2018 at 5:36)
Thanks for banging the great videos Joey, I look forward to each one and the story of exploring and great riding that comes along with them. Keep me coming.

djpavement (Jan 24, 2018 at 13:26)
gotta say this, Joey i wanna see 20 min movies from now on, i feel like youre a dealer short changing me and i turk for more. Any chance youre gonna have a full length movie anytime soon? needless to say i love your content.

Riwajc (Jan 24, 2018 at 17:59)
@excavator666 funny you said that cause a bunch of people for just busted for injecting camel lips with Botox for a camel beauty contest in Dubai. Yes such a thing exists and the prize money is apparently 40million dollars!!

YoungGun13 (Jan 26, 2018 at 0:24)
@nprace: I for one was never a professional dh rider with connections in the industry to get everything I need for a full bike-packing set-up and the sponsorships necessary for a bike trip of this magnitude

Batkamano (Jan 25, 2018 at 2:01)
I really want to see a behind the seen video.. Go bike packing they say.... Find hidden trails... When I find hidden trails there are roots and rocks, not so clean like on these videos. I have to carrying 25 kilo stuff, not two little bag on the bars.. And what about, RED cameras, objectives, Drones... How many day to make one footage.. How many laps have to make if you have just one camera.... I's just a tale, but a good one.

hedmisten (Jan 25, 2018 at 6:22)
If you haven't watched the stuff that Joey and his crew stitch together, you are missing out! Talented dude with a bunch of talented friends!

projectnortheast (Jan 25, 2018 at 9:12)
Well he's no SINGLETRACKSAMPLER now is he? LOL... epic gets thrown around alot these days but only really fits a small percentage but damn those look like some truly epic adventures!

shimanodx (Jan 25, 2018 at 16:54)
These guys seem like the kind that would go wrestle a bear or ride a crocodile but gets scared shitless at just the thought of settling down with a misses and kids.