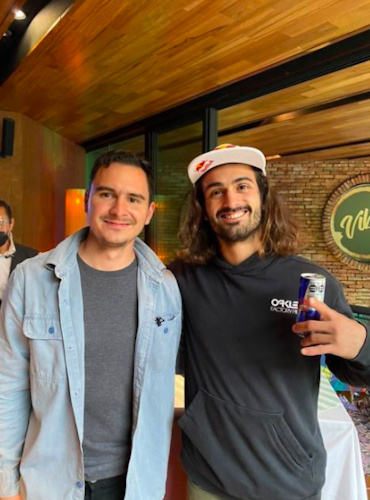 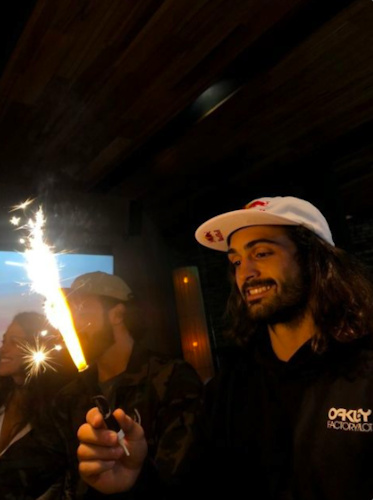 21-year-old Johny Salido from Mexico has just received his Red Bull wings. Salido was the silver medalist at Marzocchi Proving Grounds in 2019, back when the event was a qualifying event for Red Bull Rampage. Salido crashed and punctured his spleen on the Thursday evening before finals in his first Rampage appearance, but we have no doubt that the freerider whose personal hashtag is #holytoledoitsjohnysalido will make it back to Utah again one day soon.

Salido has made a name for himself as a talented freerider and also for organizing the Freeride Fiesta in Guadalajara, Mexico and we've no doubt that he is well deserving of the Red Bull sponsorship that he's just received. We look forward to seeing what Salido and Red Bull can accomplish together.

JuanFco (Sep 3, 2021 at 21:40)
Hey @sarahmoore, you might want to correct the spelling on that #
The correct one: #holytoledoitsjohnysalido
Cheers from Mexico

howsyourdad (Sep 4, 2021 at 0:16)
Just for my benefit, what does redbull sponsorship bring? is it money? They can then make films and do what they want and so on? Do red bull control what you do and your output ? Why is it seen as desirable? No beef, just curious

jackheat (Sep 4, 2021 at 0:59)
From looking at athletes currently sponsored by red bull i assume its a significant pay increase and it seems that red bull really cares about athletes health (ironic right) such as paying for medical bills. Like any sponsor they will control their athletes a little bit and control what they are putting out on social media to make the investment worth it. Red Bull also has very large media channels (the red bull bike youtube channel has over 1 million subs) and will most definitely help you get your name out

plyawn (Sep 4, 2021 at 7:44)
free helmet, duh.
probably get a coupon for redbull too (based on how often you see their sponsored riders drinking it).

plyawn (Sep 4, 2021 at 7:47)
@jackheat: RB is often described as a media company that sells soft drinks which, when you look at how much content they put out, is somewhat appropriate. No mistake, they make a lot of money off their energy drinks but I'm confident we'll still be watching old RB videos in 10,20 or 40 years long after tastes have moved on to, let say... carbonated heroin.

friendlyfoe (Sep 4, 2021 at 18:21)
Redbull is a media company so yes money and support to make videos would be the main things. They actually have tiers of sponsorships that riders are placed in and the level of support changes depending on which tier you are in. Matt Jones talked about it in one of his videos like a year back.

BigMulaCeazy (Sep 3, 2021 at 22:24)
These videos have me stoked for Rampage. Stoked for Johny too of course. Just generally stoked all around.

mtboaxaca (Sep 4, 2021 at 5:56)
No true athlete would drink that chemical sugar crap, most likely water in the can.

SouLCr3aTioN (Sep 4, 2021 at 12:16)
He is not at the level as other energy drink athletes or top FR guys looks more that he is the one of the few people that can afford an airbag and all that is necessary to go around the world in his poor country of mexico, not an experience rider, he can not calculate where to build the lip to hit the sweet spot I mean at rampage Bienvenido Aguado warm him about that jump that he crash, got there in the first place due to weather at marzocchi proving ground the other guys where not able to do there runs, but I guess every country should have a least one red bull or what ever energy drink rider to represent so yeah good on him but there is more talent out there for sure just not lucky to have a bike at all to expensive in mexico.

mi-bike (Sep 4, 2021 at 12:41)
This poster is not at the level as other commenters or top PB voters looks more that he is the one of the people that can afford 2 fingers and all letters of the alfabet that is necessary to login in the world wide web dedpite the poor education in his country of usa, not an experience poster, he can not understand how to use prose and punctuation to captivate the reader, but I guess every thread should have a least one bad post or what ever so yeah good on him but there is more literary talent out there for sure just not lucky to have a keyboard at all to smart in us.

dirtjumper1987 (Sep 4, 2021 at 15:45)
Seems like rad dude but does seem to lack skills compared to other freeriders (ie: Andreu Lacondeguy Dropped from Red bull) And even many others farther down the spectrum...