José Borges Wins the Opening Round of the World eMTB Series 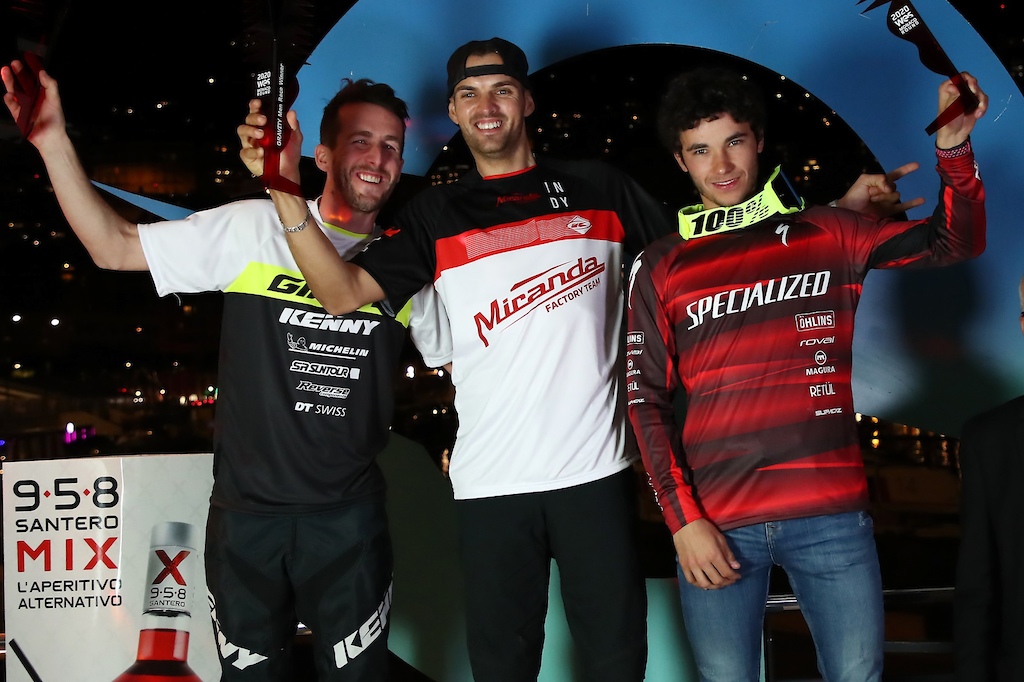 It was in Monaco this weekend that the opening round of the WES - World E-Bike Series 2020 took place. With four of its athletes, the Miranda Factory Team was very motivated, in front of a range of fast, mostly French athletes.

A highlight was the presence of BMX race legend Michal Prokop and former MotoGP rider Marco Melandri as well, in this new format called WES Gravity. The race had four timed special tests, 26 km´s and more than 1200 meters of climbing, among mountain ranges and very cobbled tracks.

José Borges did not start in the best way and at the end of the first special test, he was only 6th. The Portuguese athlete would end up winning the 2nd and 4th PEC´s, thus guaranteeing the first victory of the year. In the end, Borges commented: “I am very happy to have won. I wasn't really expecting it because I came from a recent injury and I lack some pace, mainly going down. In the first special test it took me a few seconds, but it turned out to be good. I woke up, won two special tests and managed to dominate the race. I want to thank the whole team, Miranda Bike Parts and especially the mechanic who did an excellent job ”. 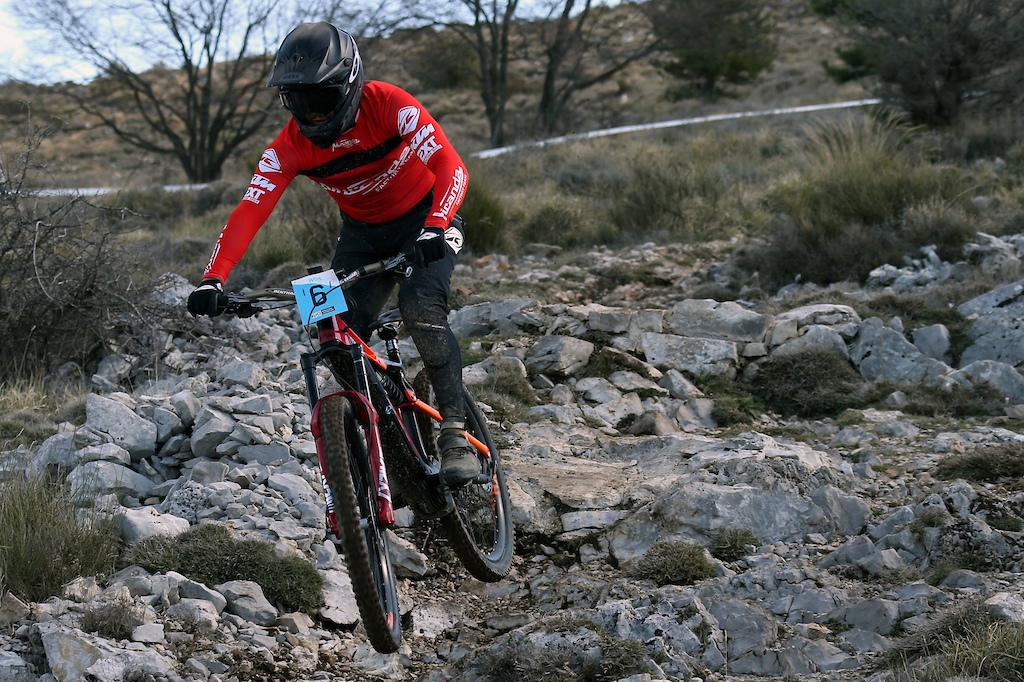 Emanuel Pombo suffered a setback in the opening special test, having lost valuable seconds. After that, the Madeiran returned to his best pace (2nd in PEC2 and 3rd in PEC4), however not enough to get a place on the podium. Emanuel ends this round in 4th place overall.“It turned out to be a very positive result, despite the error in the first test that was going up. I slipped and then had to finish pushing. I still tried to reach the leading athletes, but that mistake cost me dearly. Overall, the team is to be congratulated ” concluded the athlete and team leader, Emanuel Pombo.

Still in the men’s category, Tiago Ladeira was in the competition. The rider from Viseu of the Miranda Factory Team would finish the first competition of the year in 6th place.“It is the first of the year. I felt good, it was a good race, despite realizing that I have to train the physique a little more. We have fantastic conditions, the team is strong and we have everything to achieve good results throughout the season ” said Ladeira. 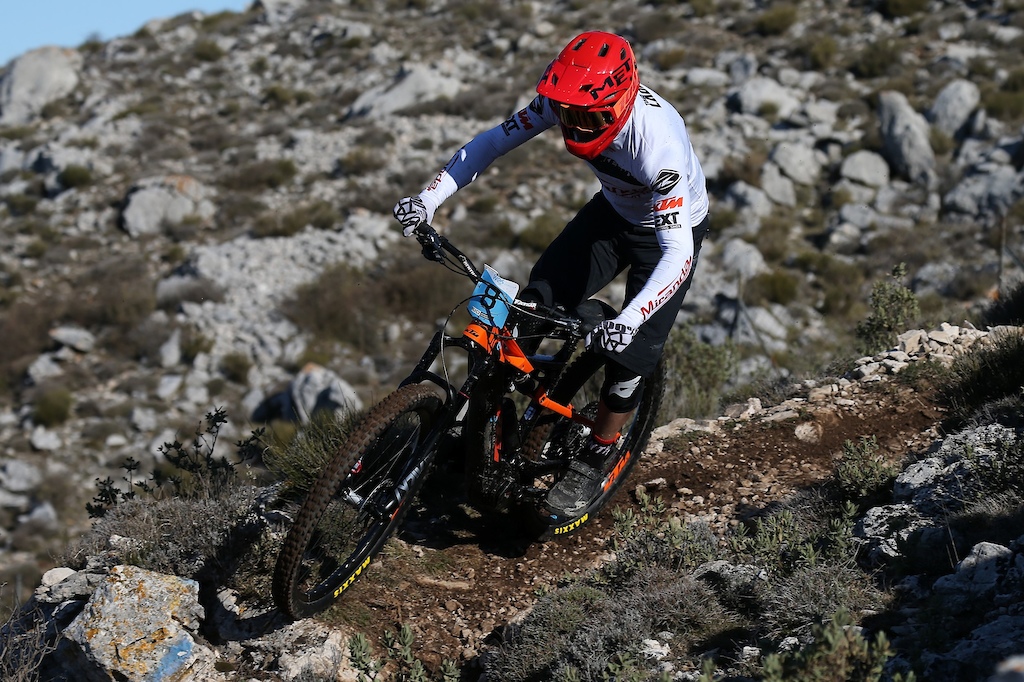 In the women's class Maaris Meier secured the first podium of the season - 3rd place. The Estonian from Miranda Factory Team is still getting used to the e-bike segment, however, she has shown an excellent pace. On the way to the podium, Maaris commented: “It went well, I had no problem with the mechanics and I even managed to win the first stage. I still have a lot of work to do, but I really like this format. I want to evolve in the next round and win races. Thank you all for the support". 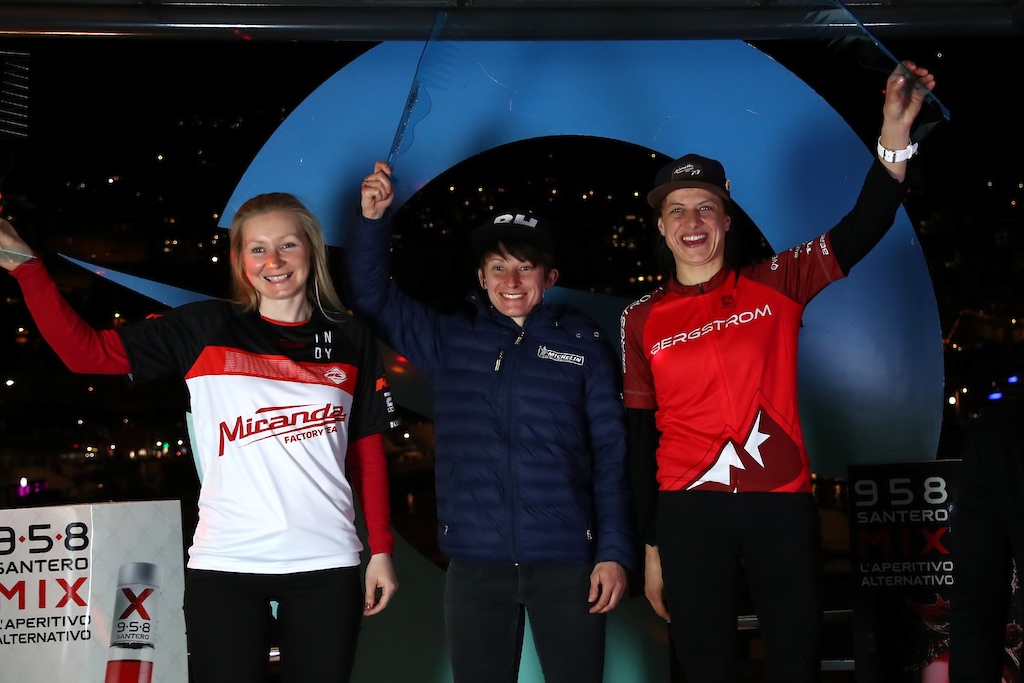 The next round of the competition is scheduled for 17, 18 and 19 April in Ascona - Switzerland.

This and other info at: https://mirandafactoryteam.com

Austink (Mar 9, 2020 at 9:29)
I frequently see e-bike supporters comment that the e-races can now cover more ground and elevation, yet this race was 26km and 1,200m of climbing. That is not out of the realm of most fit riders on a normal bike.

Nothing looks crazy steep or sustained. Most of the climbs look to be around 10%.

MMOF (Mar 9, 2020 at 10:38)
I have mixed feelings. I have both an e-bike and a regular bike. The e-bike is for adventure and social rides and sometimes when I'm feeling flat and need to climb to enjoy the downs (I don't shuttle). so...that is where that is used.

But for any competition, regular bikes only. E-Bike competitions are a joke and should not exist. I don't care how steep a climb is, leave the freakin' e-bike for your social time and ride the non-motorized version in competition. E-Bike XC and EWS are a freakin' joke.

Intensevp (Mar 9, 2020 at 23:11)
Good thing if people are racing then it will push technology and drive a product. So they should get better

sherbet Plus (Mar 10, 2020 at 12:23)
Apply what you just said to the whole of motorized sports and you'll suddenly find it's not a very strong or reasonable stance.

There's a ton of skill involved with riding a bike quickly, electric assist or not, so having a series that allows people to showcase those skills to the highest level makes sense. It may be a joke to you, but I promise that says more of you than it does the competition itself.

Alternative title; how 'bout we let people enjoy themselves instead of shitting on what they find fun at every corner?

mr-epic-3 (Mar 10, 2020 at 6:25)
To all of the eMTB haters out there, eMTB and MTB are different sports, we just use the same trails. To comparison eMTB and MTB is like comparing board surfing to body surfing or wakeboarding to barefoot skiing, all of them are different sports. The fact that now there are racing series for eMTB, is a great step forward for the sport of eMTBing.

Costigan76 (Mar 9, 2020 at 22:11)
The other day I pedaled with a buddy who is effectively a walking quadriplegic. The Pivot Shuttle allows him to ride a mountain bike. He dropped me like a bad habit on the climbing sections of our ride, and I had to be patient on the downs. My point here is that E-MTB has a place in our world, but it should not become a standard. They should be issued by prescription. The last thing our sport needs is able bodied hammerheads doing 20 mph up trails. This is good for no one........and E-MTB Enduro racing? Absolute joke.

Braench (Mar 10, 2020 at 1:30)
I cant get how everyone has an opinion about E Bike Racing but never tried one...They are exhausting as hell and at least as challenging to your strenght/Fitness and Riding skills as a regular Race.
It gives more Riders a chance to shine and our Industry the chance to grow.

nurseben (Mar 9, 2020 at 21:48)
It’s e-xceptionally odd that ebikes would be raced, but considering it’s mostly a sales gimmick, I’m not all that surprised.

My wife rides an ebike (Shuttle Pivot) and when I told her there was ebike races, she just shrugged her shoulders and said “why”.

It’s really quite silly, biggest battery for the win, how is that sporting?

sherbet Plus (Mar 10, 2020 at 12:24)
People race anything that moves. There's a world cup of marbles currently on youtube getting massive amounts of views.

How on earth is it weird that people want to race the things they're enjoying? Stop being a killjoy. There's still skill needed to ride any bike at a high pace, something that last I checked a battery doesn't include...

sherbet Plus (Mar 10, 2020 at 12:25)
Nice! Hope we'll start seeing riding videos of the races with these articles moving forward!