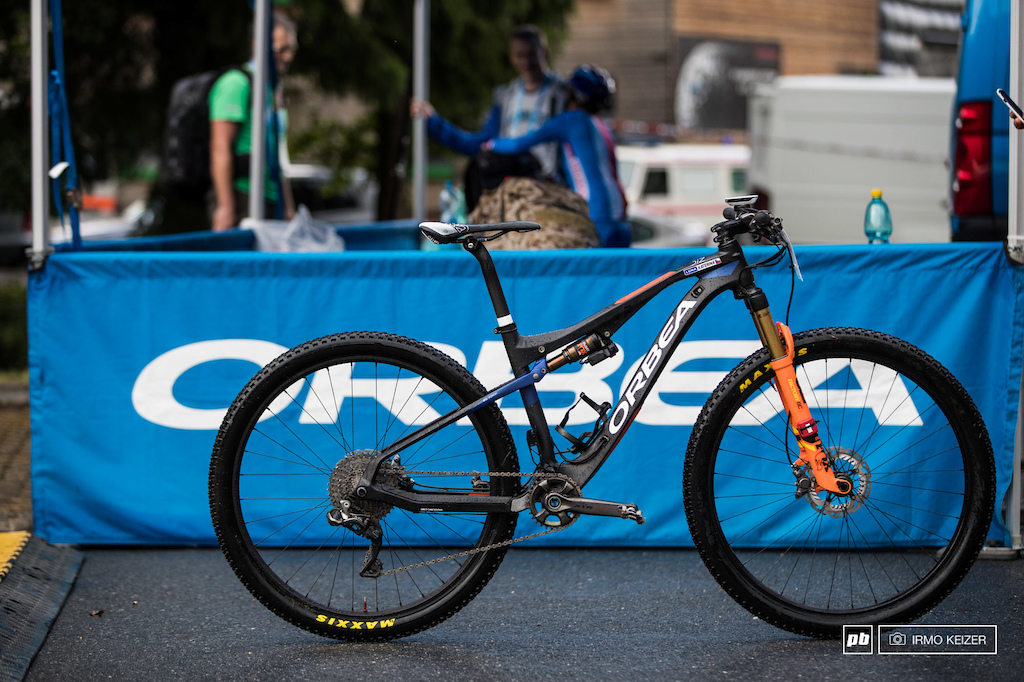 Irmo Keizer photographed Katerina Nash's 95-millimeter-travel Orbea Oiz in the pits at Nove Mestro. We were told that the geometry was updated for 2017, presumably to tackle the increasingly technical courses that have given rise to the popularity of XC racing and seen a number of podium hopefuls switch from spindly hardtails to dual-suspension race bikes. The relatively short stem and more conventional looking profile supports that assumption. Nash's Oiz is outfitted with 27.5 inch wheels, a one-by-eleven Shimano XTR Di2 transmission, and an electronically controlled Fox iRD shock and Float 32 Step Cast fork. Nash uses separate remotes for her suspension and transmission - leaving us to question whether Shimano has abandoned its plans to 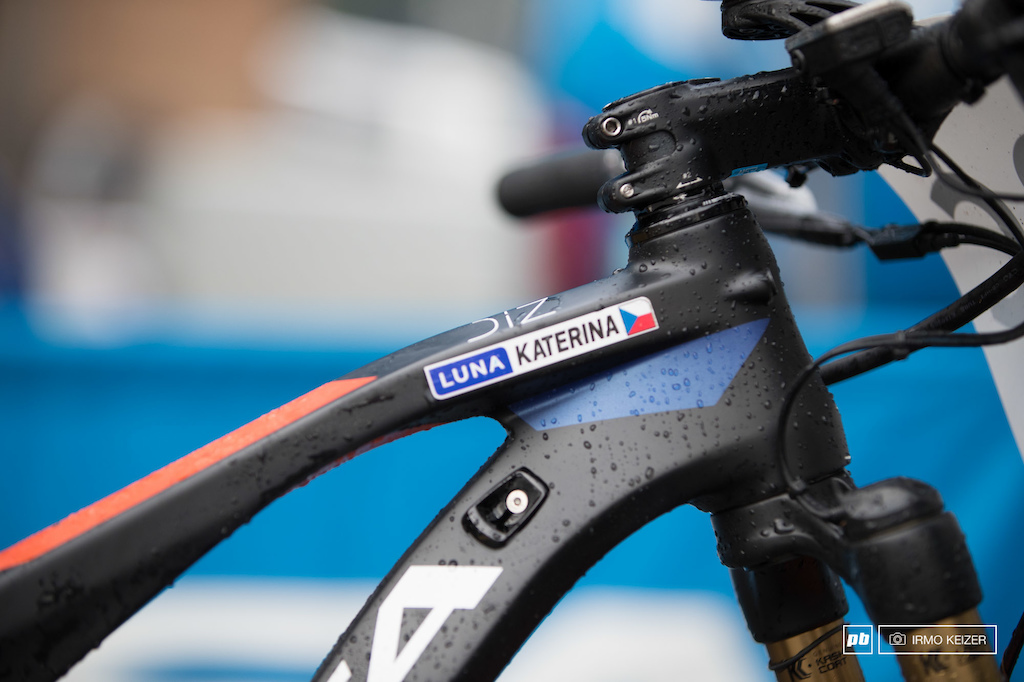 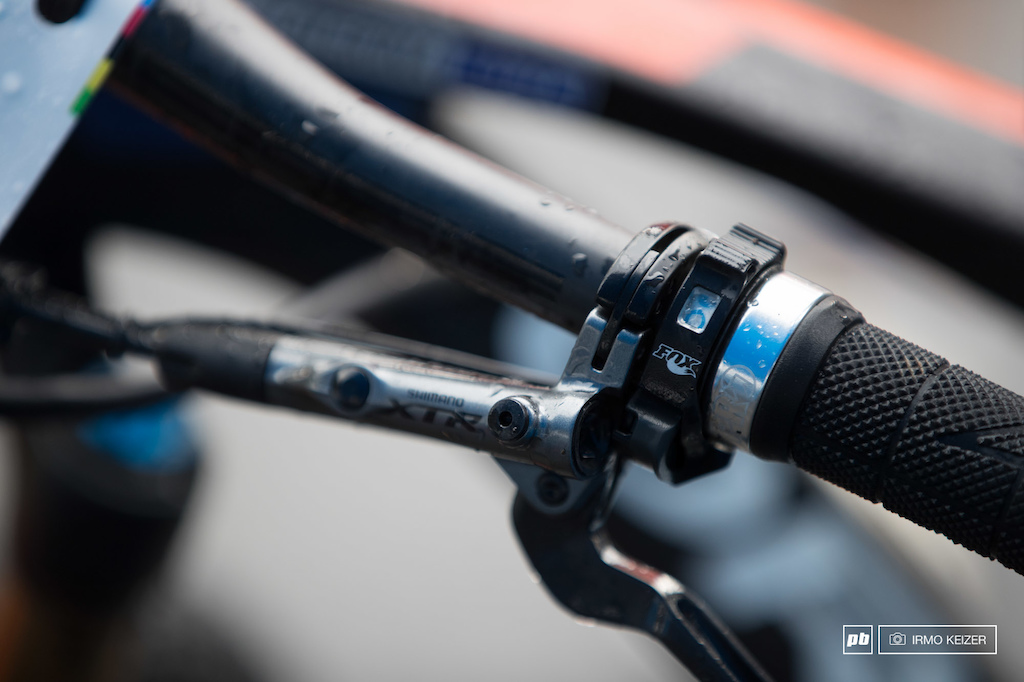 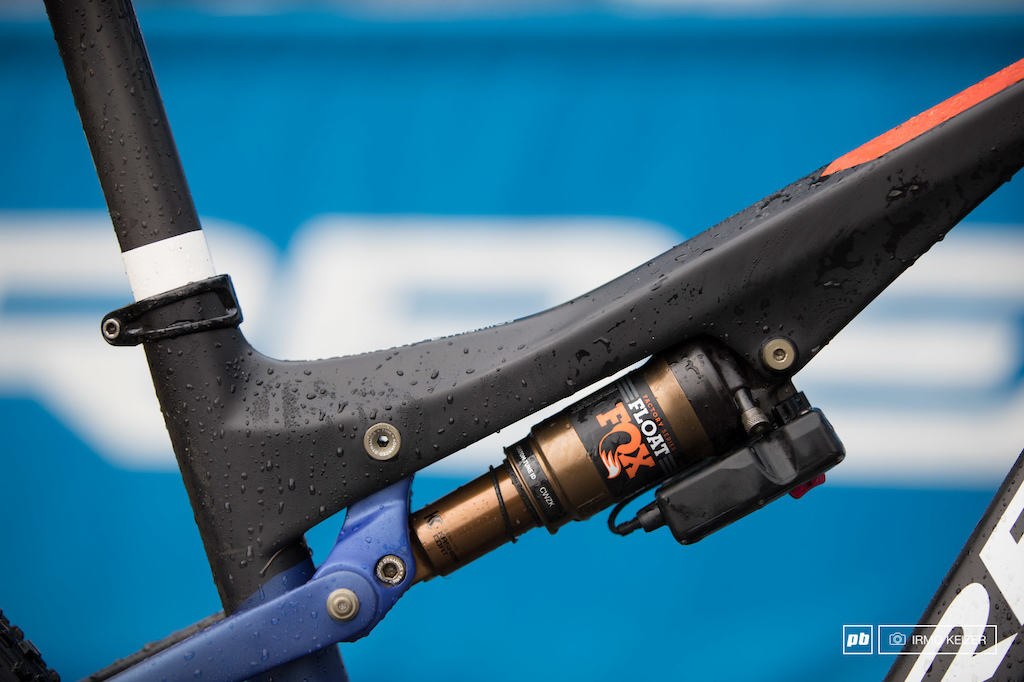 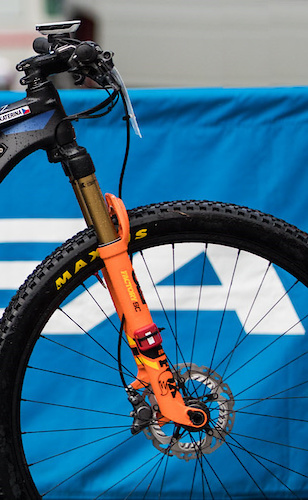 The XC fork of the moment: Fox's iRD controlled 32 SC. 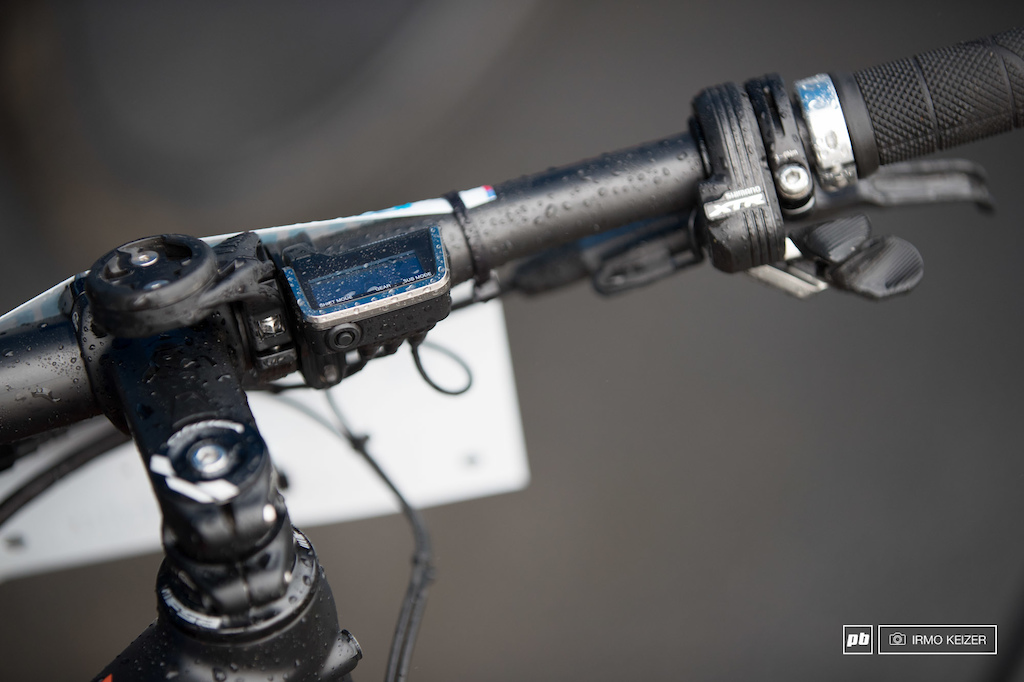 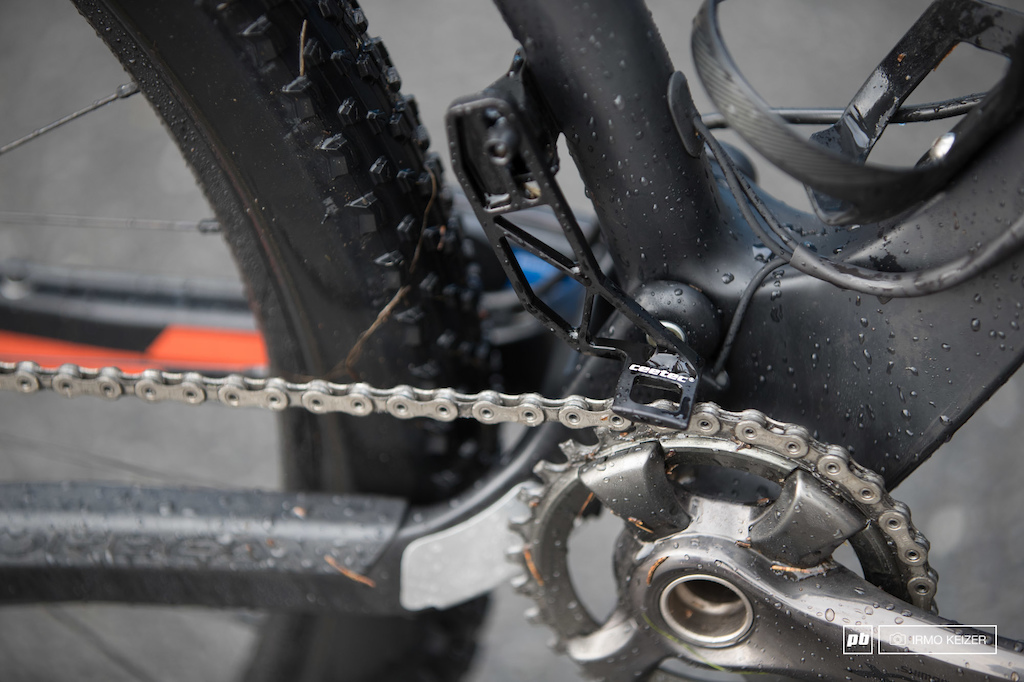 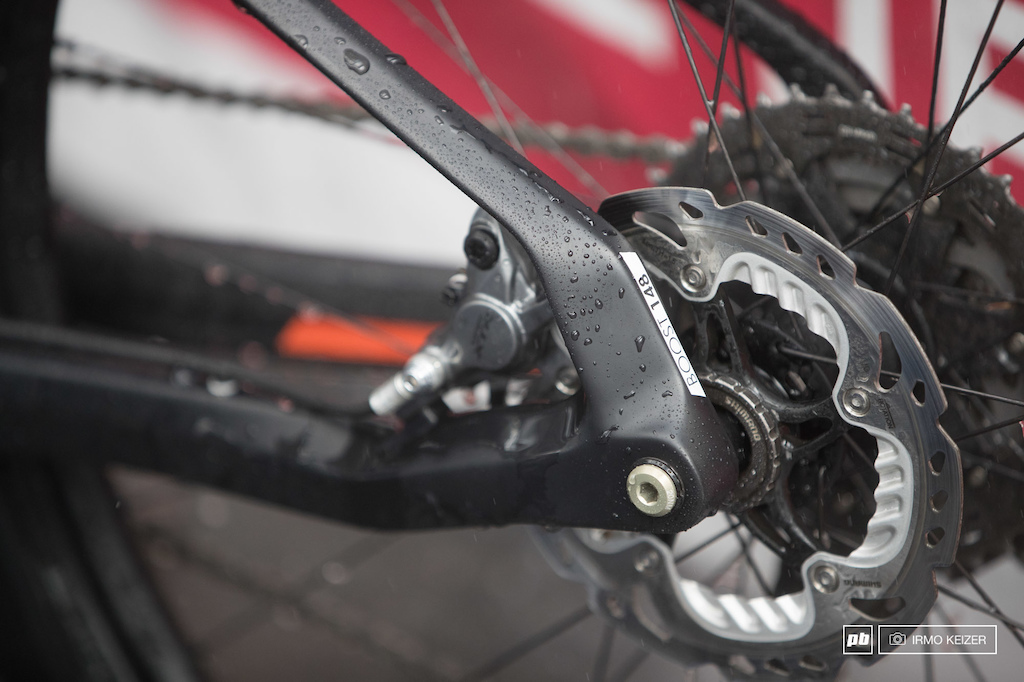 Flex stays - two less pivots and a much cleaner brake caliper mount, thanks to the miracle of carbon.

sampolicky (Jul 1, 2016 at 13:29)
Totally. I can go much faster on a hard tail with a dropper post than on a full suspension xc bike with the seat way in the air

g-monster (Jul 1, 2016 at 16:21)
full suspension may be a slight benefit for the downhill segments, but the ability to carry speed smoothly during flats/climbs is the real winner. major energy saver and can get better traction for awkward steep climbs too. I am a huge fan of droppers but in this case a dropper saves a small fraction of time every now and then, but hurts on the opposite side of the coin, where pedaling efficiency and basic skills balance and tip the scales far the other way. my 2 cents

recycledseat (Jul 1, 2016 at 17:54)
@g-monster: ditto, carrying speed smoothly it's why see so many elite single speeders in XC and CX put out laps that are sometimes comparable to geared field.

trailriderdood (Jul 1, 2016 at 10:35)
in a few more years when electronic controls become more refined those iRD units are going to look so ridiculous

Verbl-Kint (Jul 1, 2016 at 11:33)
Have geos also changed for XC bikes now that tracks are a lot rougher? I can see that more and more are going for full-suspension 100mm steeds but have the geos also gone through an overhaul?

K4m1k4z3 (Jul 1, 2016 at 14:37)
For sure. They follow the same trends as Trail/AM/Enduro bikes do. Slacker HTA, longer TT and reach, shorter chainstays (although some companies offer incrementally longer chainstays for various sizes of the same bike - bigger size = longer chainstay)

Twallywilly (Jul 1, 2016 at 19:46)
Absolutely. The Geo overhaul on XC bikes is long overdue. I've always said that modern XC bikes need to ride like short travel enduro bikes...now they are, these bikes are wildly capable and more fun than ever.

sevensixtwo (Jul 1, 2016 at 12:17)
What is the lifespan of pivot-less carbon triangles? Do all those bends wear down the material?

Fix-the-Spade (Jul 1, 2016 at 13:21)
In theory no, as long as they bend within their stress limits carbon parts do not work harden and fatigue the way metal ones do. In practice, the resin will eventually degrade for one reason or another and the frame will fail. Whether that takes five, ten or fifty years remains to be seen.

bikeinbih (Jul 2, 2016 at 2:59)
Sweet looking bike and she rode it like a beast in the WC team relay couple of days ago brought the team from 9th to 2nd in her lap.

wilsonians (Jul 1, 2016 at 10:21)
They clash with every setup because of that non-matching orange lower. You'd figure they would have team colors or at least black.

wilsonians (Jul 1, 2016 at 10:30)
@zepper: Yeah I figured that since there was no way all those sponsored riders liked the look of blaze orange hahaha

arnoldtm2 (Jul 3, 2016 at 11:13)
Same idea mavic uses with their wheels. You can tell which DH world cup racer is running Deemax wheels from a mile away.