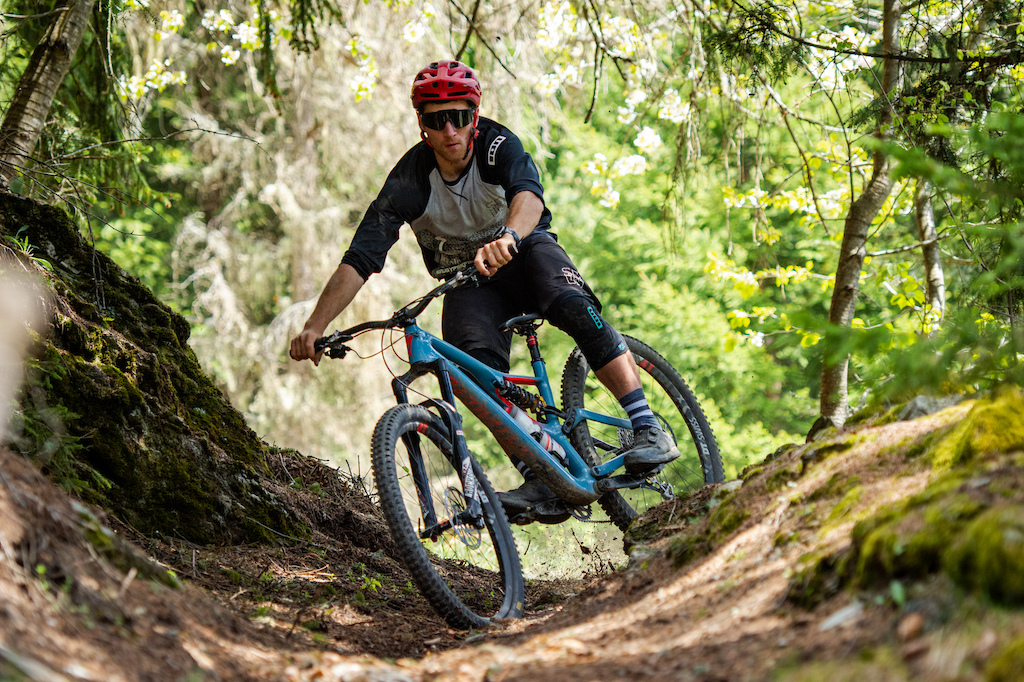 Max riding last summer
Specialized Enduro team has had a total refresh for 2019 with Killian Callaghan, Maxime Chapuis and Francescu-Maria Camoin taking up the reigns.

Curtis Keene is off the team but will apparently take on a new role at Specialized that will be announced soon. Jared Graves is on a special deal where he will still be supported by Specialized but under no pressure to race. Specialized said: "We stand by Jared in that fight and wish him a quick recovery. Jared is still a team member, with an extended contract for the season, whether or not he straps on a number plate in 2019. Jared has our support." 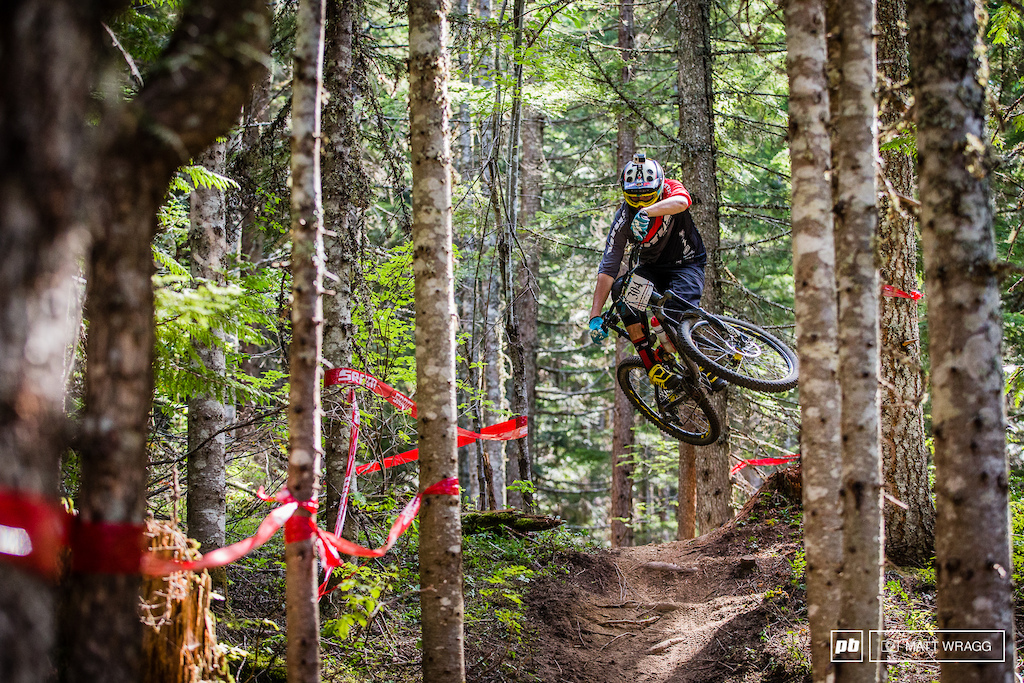 Killian is the cousin of EWS winner Greg and has already started forging his own bright path in the EWS. A winner and World Champion at Under 21 level, he graduated up into elites last year and picked up a top 20 at his first race at Petzen-Jamanica.

Max Chapuis made the switch from downhill to enduro two years ago and hasn't looked back. Max was already on a Specialized deal but now he graduates to the Factory team in what should be a fairly easy transition. Like Killian he's already banging in top 20 results at the EWS and will be looking for more of the same on the Factory team. 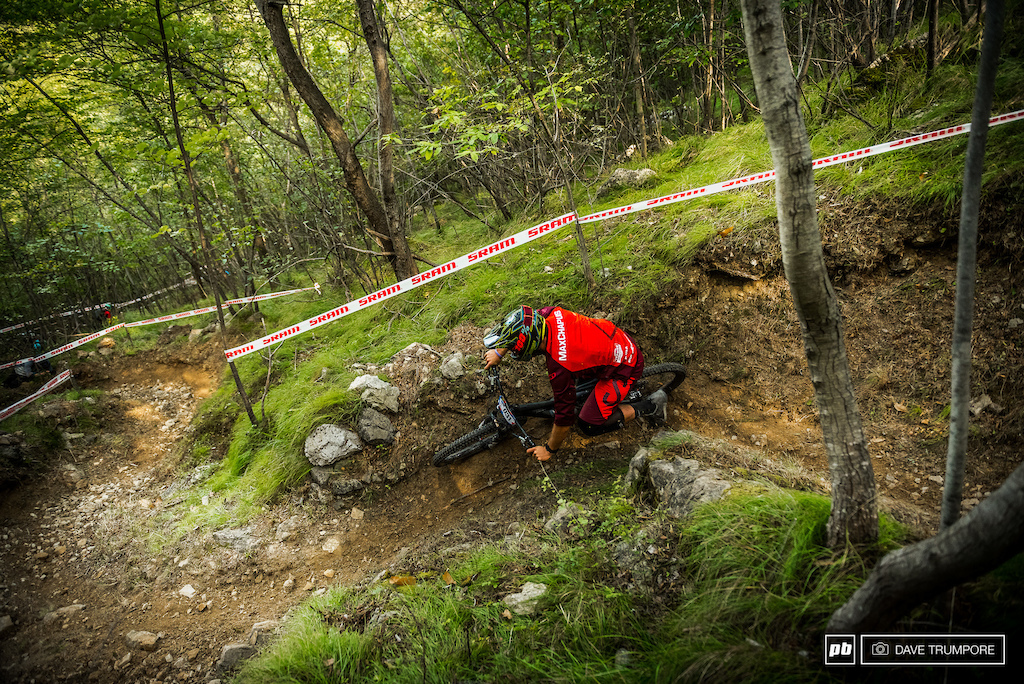 At just 17-years-old, Freancescu-Maria Camoin is a real investment from Specialized. Like Max, he was already on a Specialized deal and the connections run deeper as he's a rider for Pure Agency, that also runs the Specialized Gravity downhill team. Francescu has only raced three EWS races but is already putting in top 20 performances despite racing four years below the age limit for his category. Keep an eye on this pinner for the future.

Stacked. Specialized Racing’s XCO team is stacked with heavy hitters—some of the fastest, yet youngest talents on the world stage. Last year’s success is an indicator of just how much potential this squad truly has.

For 2019, three athletes will be racing Specialized bikes on independent programs, two of which are new signings to the brand. 2016 XCO Olympic Champion, Jenny Rissveds, returns to full-time racing in 2019 with an eye towards raising awareness for children’s rights, a cause we wholeheartedly support. At just 18-years of age, Laura Stigger has earned three junior World Champion titles in XCO and Road, winning both the junior Women’s Road and XCO World Championships last year. Jaroslav Kulhavy, one of the most dominant cross-country racers of any generation, has moved from the Factory XCO program for 2019, but will no doubt continue to be a threat at every event.

Both Finn and Loic are prepared to return to the DH circuit in 2019 on full gas. Coming off a successful 2018 and having worked closely with Specialized’s engineering staff during the off season, the team is poised to spend a lot of time in the hot seat this year.

Specialized’s Trail and Freeride athletes all return for 2019; they’re ready to drop jaws and ignite a passion for ditching the grind and hitting the trail. We’re setting big plans in motion this year and we’ll be bringing those adventures to riders the world over.

lalientoxc (Feb 7, 2019 at 3:05)
I’m very glad that they are supporting new riders n very happy too that Jared is getting the support that he needs n deserves n that him n Keene didn’t just got drop off. Much respect Specialized!!

robito (Feb 7, 2019 at 6:03)
Never been a big fan of Spec, but good for them for sticking by Graves, and supporting all these "freeriders" we look up to. I'm guessing they didn't have to do that.

Stumpy2 (Feb 7, 2019 at 2:47)
Jenny Rissveds is an excellent signing. Looking forward to seeing her back racing again.

enduroFactory (Feb 7, 2019 at 5:57)
Biggest mtb racer signing this year? The return of rissveds
Woman’s XC a must watch

zyoungson (Feb 7, 2019 at 3:03)
Spesh back on rockshox? I thought they were sticking with ohlins for the race teams and would then pick up on the production bikes once ohlins got their problems sorted.

jamessmurthwaite Mod Plus (Feb 7, 2019 at 3:07)
That's an old picture of Max from his former deal. We don't have any official photos of the new team yet but judging by the guys' Instagrams they'll still be on Ohlins.

ReigninAus (Feb 8, 2019 at 2:21)
That's fantastic from Specialized to be supporting Jared in such a way. As much as these big bike brands are the butt of the jokes, that goes to show there is class within their ranks! Well done Specialized!

rideitall-bmx-dh-road-unicycle (Feb 7, 2019 at 6:50)
Good on Specialized for supporting Jared. At least I know where these high bike prices are going.

vinay (Feb 7, 2019 at 3:48)
Ah, I missed a section in the article which states Specialized will support him. That's cool, my bad.
Post a Comment