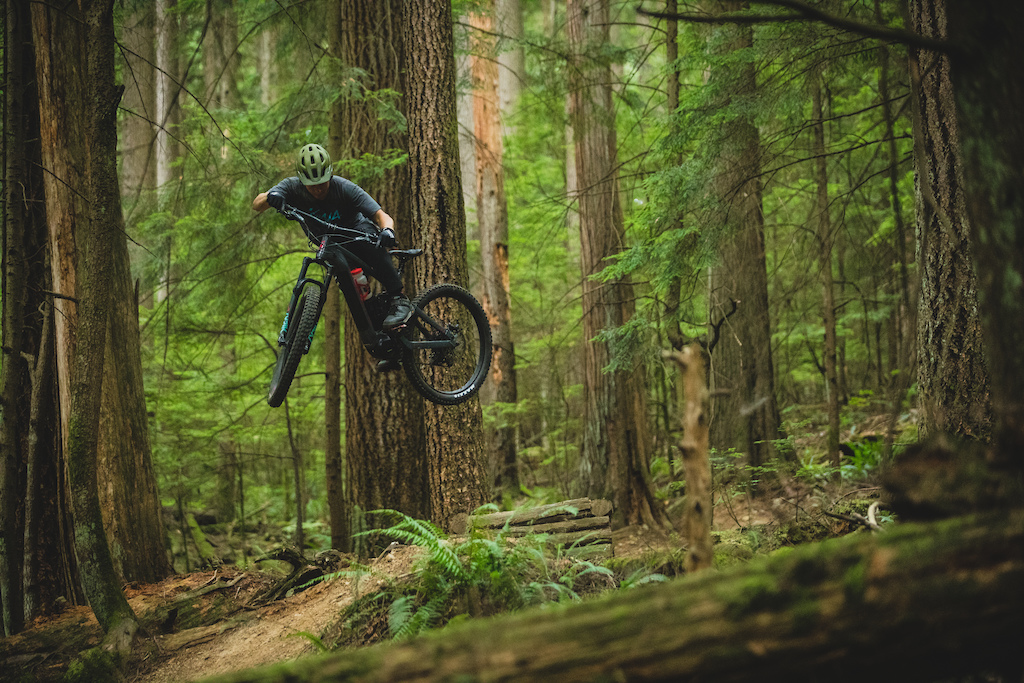 Another day, another new bike with Shimano's new EP8 motor. They have been coming thick and fast since the embargo lifted and this time it's Kona's turn as it has updated its Remote 160 and introduced a new shorter travel model, the Remote 130. 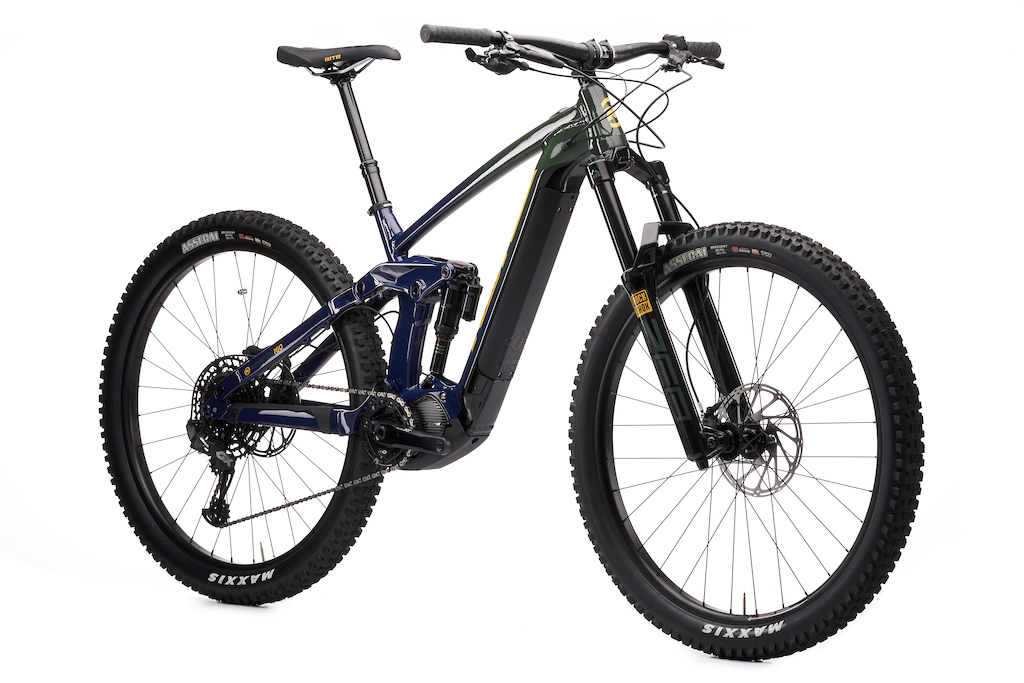 Kona normally reserves its 'DL' tag for higher spec versions of its bikes but there are some other changes to go along with the with the new Remote DL.

Firstly, the Remote 160 DL has been reconfigured for 29" wheels with a degree taken off the head angle and the bottom bracket dropped by 10mm. Also added to the bike is Shimano's new EP8 motor that was released earlier this week. It provides a 15nm boost in torque and has a maximum of 500 watts of power which should give plenty of punch to get this 160mm travel bike up the climbs.
Details: 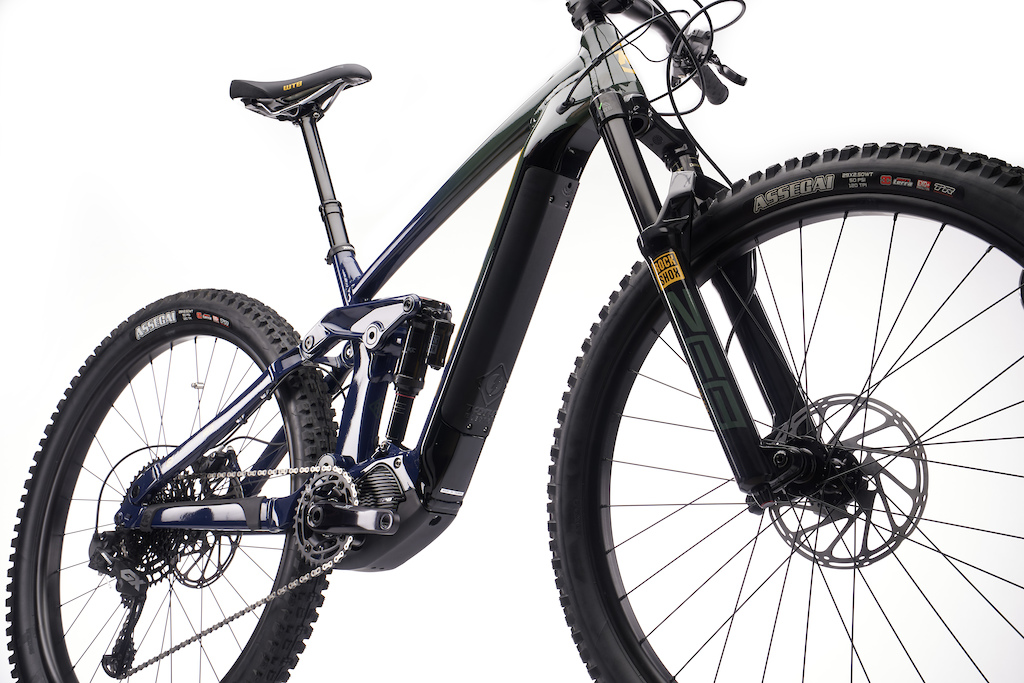 The rest of the spec is what you'd expect from a DL level Kona. The suspension comes from RockShox with a 160mm Zeb Select+ Charger RC2.1 Debonair fork and a Super Deluxe Select rear shock providing the squish. The drivetrain is a mix of NX and GX level Eagle and the brakes also come from SRAM with the e-MTB specific Guide RE brakes matched to 200mm rotors. 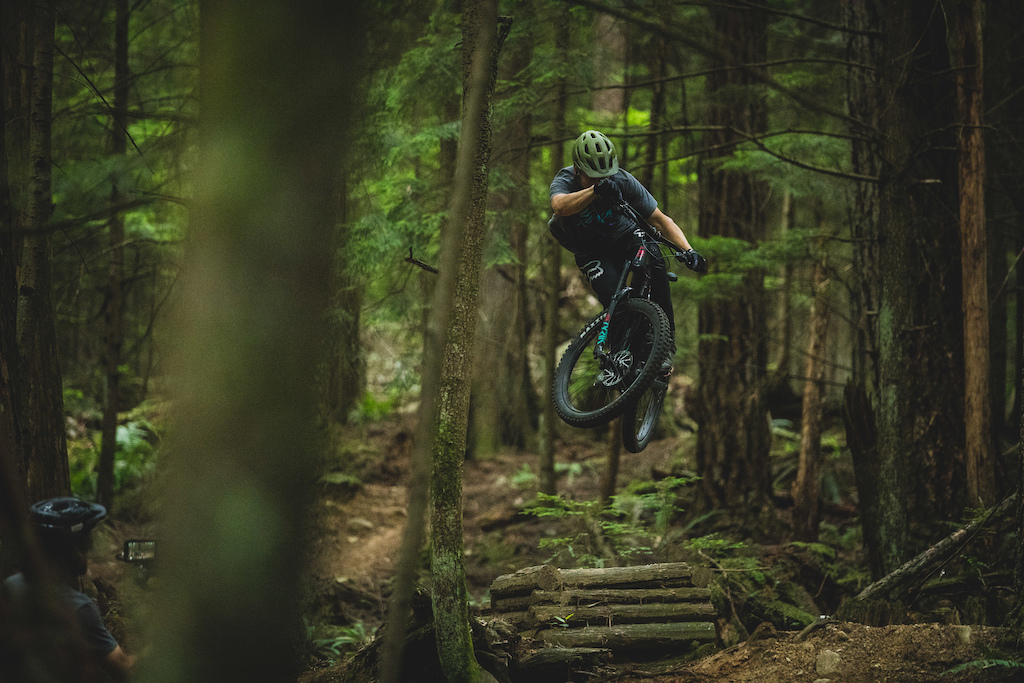 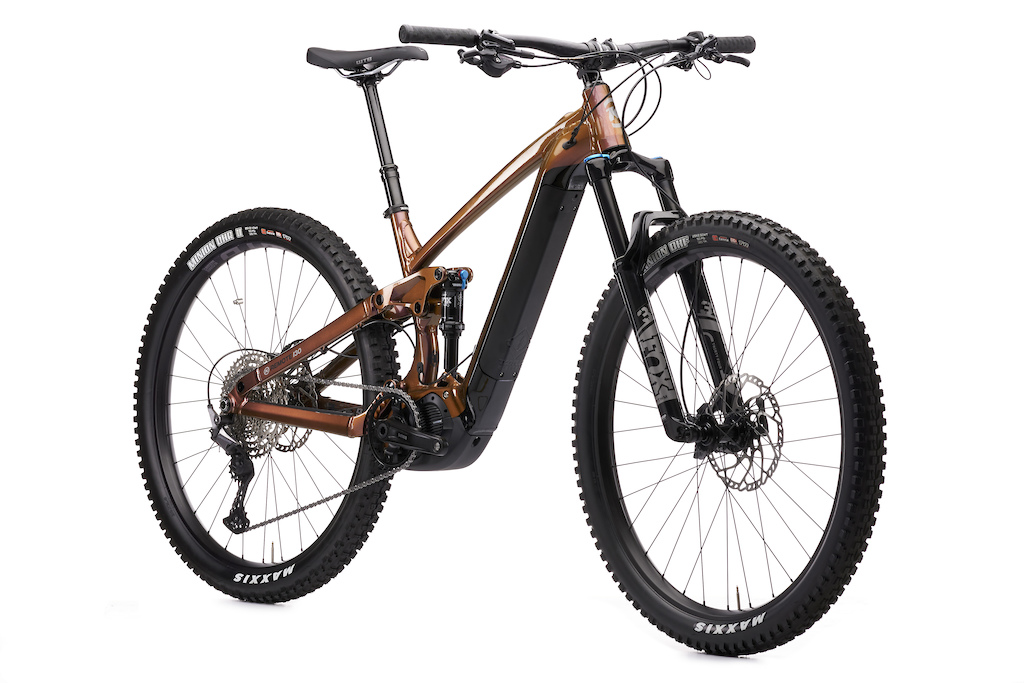 New for Kona this year is a shorter travel e-MTB that comes in the guise of the Remote 130. As the name suggests, this is a 130mm travel frame but it comes with a 140mm fork to provide a bit more plough-ability up front.

Kona has apparently tried to mimic the geometry of the Process 134 as much as possible with this bike so it ends up with a 65° head tube angle, 76° seat tube angle and the same reach across the sizes. Like the 134, this bike also runs on 29" wheels front and rear.
Details: 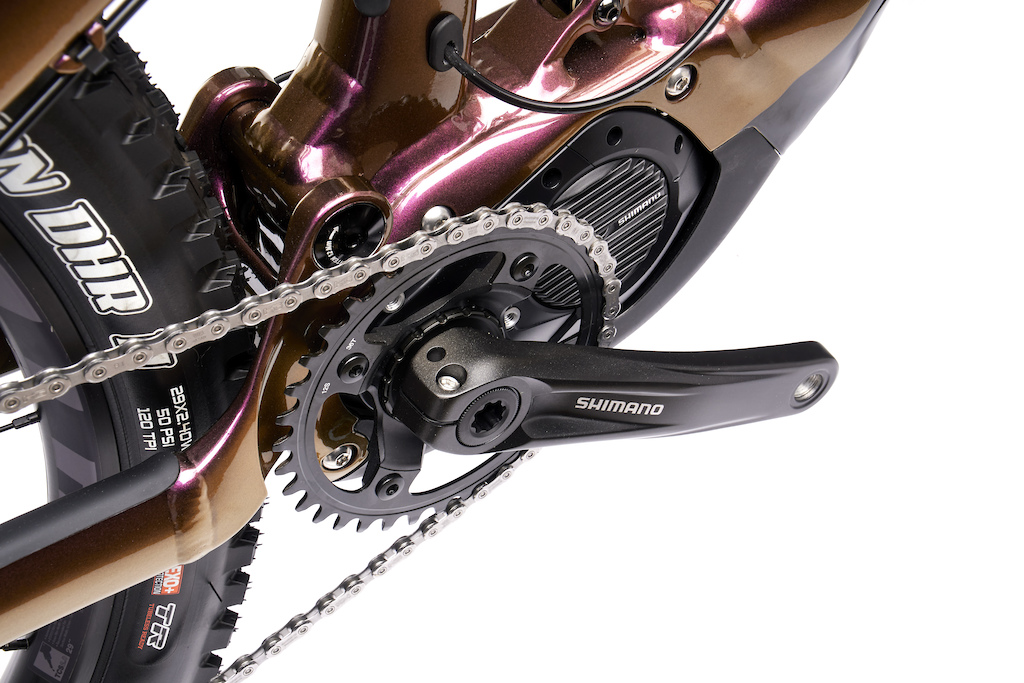 Spec wise you get the same 504Wh battery as the 160DL but the older E700 motor from Shimano. A Fox Rhythm 34 140mm fork and DPS Performance inline rear shock provide the suspension and Shimano takes control of transmission with a Deore 12 speed groupset. 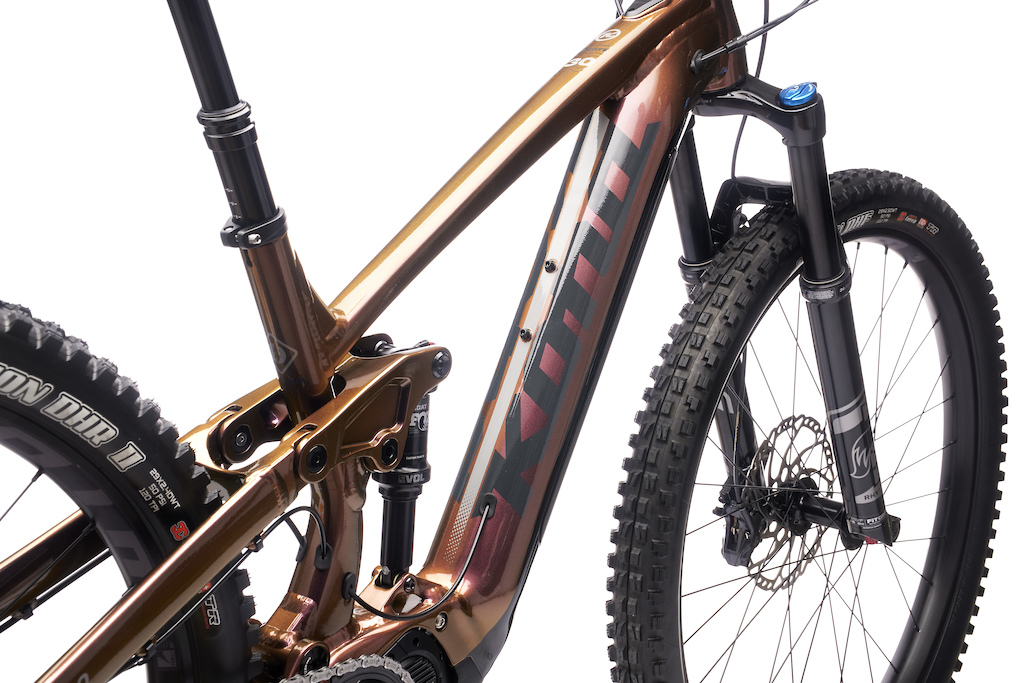 Click here to check out more coverage from Across the Pond Beaver 2020.

artistformlyknowasdan (Sep 4, 2020 at 15:25)
well people are so vocal with waiting for Grim Donut you could probably build some Grim Bagel's just so peeps can decide for themselves it's a bad idea


- Runs off to register the name.

vinay (Sep 5, 2020 at 6:17)
@mikekazimer: You're going to do a group test against the Alutech Armageddon and maybe some other brands who've got similar geometry too?

Zany2410 (Sep 5, 2020 at 12:07)
@woofer2609: I mean there are a couple of brands way more expensive, true. dont get me wrong, i have a bikeshop here in germany and i value a good bike and the money it has to cost. but there are always brands/bikes which are nothing special, not like for example knolly. sorry but i think kona is just a tradition brand that gets hyped. in my area they´re just known for expensive frames that break.

edit: btw i really like the new honzo esd

connorjuliusjohnson (Sep 4, 2020 at 14:43)
These look great IMO. eBikes are looking far more normal with each new generation. With that said, why would you opt for a shorter travel eMTB? I can't imagine its that much faster and the longer travel would seemingly descend better.

gravitybass (Sep 6, 2020 at 8:40)
I’m actually really excited Kona is doing a shorter travel eMTB. The mentality has kinda been, “well is an ebike so no reason not to start at 150 travel and go up from there” but that longer travel combined with higher weight (confidence inspiring) makes you feel more over biked than before, on regular trail stuff. These bikes both somehow have regular length chainstays, which will help not feeling over biked. Most ebikes are 10 to 25 mm longer, and they get looong with longer travel 29er rear bikes. Props to Kona!

connorjuliusjohnson (Sep 7, 2020 at 14:15)
@coletrane-mtb: I hear you on the overbiked reasoning, but probably difference of a few lbs on a ~50lbs bike... I'd mostly see myself using an eMTB to "replace" shuttling so would prefer more travel than less. Different strokes, I suppose.

sdaly (Sep 5, 2020 at 9:40)
Kona is huffing gas. That is seriously weak value. 9G CAD for aluminum frame, 500wh battery, and not RS ultimate shock/fork? You're not even first out the gate for 2021, maybe take a look at the competition. Good luck to you

I would say Kona is a bit over priced and under value here.

Srfntrf (Sep 6, 2020 at 9:20)
Is there any eMTB bike maker offering a frame kit yet? A lot of the new bikes available with the new Shimano and Bosch motors and frame geos look like a blast to ride, but $7k+ for NX components and elite suspension, and so-so wheels means I'll be throwing more$$$ to get what I want. Hello?

nassim (Feb 20, 2021 at 6:25)
4mm shock hardware...on a bike this heavy?? Maybe the battery will actually STAY IN THE FRAME this time! These brand has the quality control of a wal-mart brand.

connriverdesign (Sep 5, 2020 at 19:53)
I’m so tired of hearing these stupid things on the trail. I appreciate there is some utility/practicality for individuals with injuries or other impairment... but for some no talent ass bag to just clog the trail, come on
Below threshold threads are hidden