Last Chance: Donate $5 to Support Trails & You Could Win a Santa Cruz 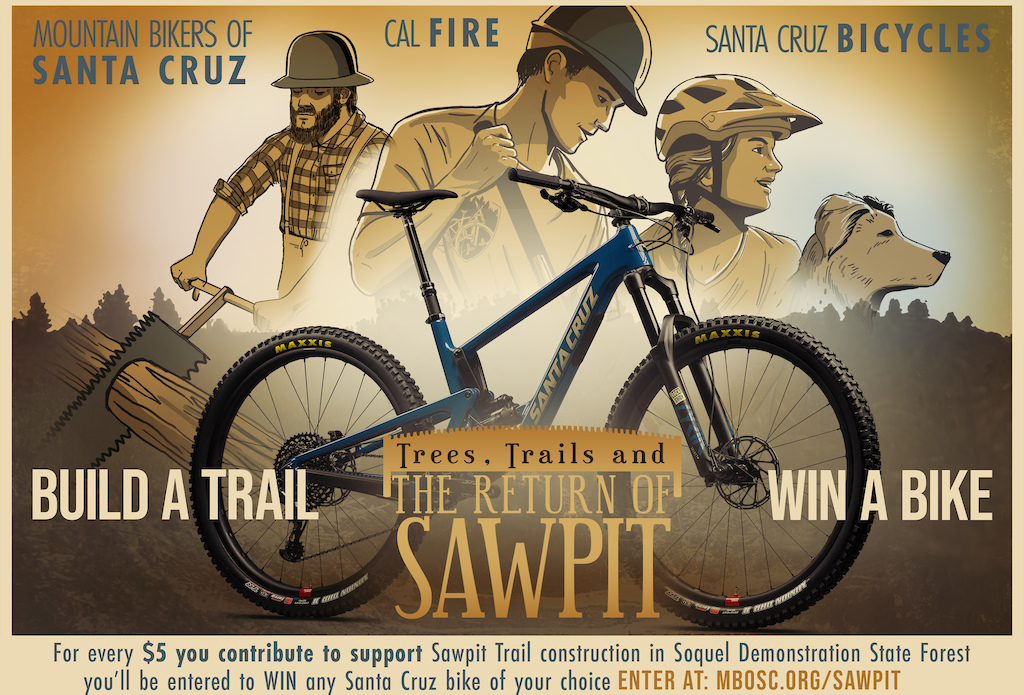 Today is your last chance to donate $5 to support trails in Santa Cruz County for the opportunity to win a Santa Cruz! One lucky donor will ride away with a new $10,000 Santa Cruz bicycle in the Mountain Bikers of Santa Cruz (MBOSC) “Trees, Trails, and the Return of Sawpit” campaign. Donors receive one entry for every $5 donated to the MBOSC, but you only have until tonight to enter! The campaign closes Monday, January 13, at 11:59pm PDT. The winner then gets to pick the production Santa Cruz bicycle of their choice as the prize. Donations can be made here. 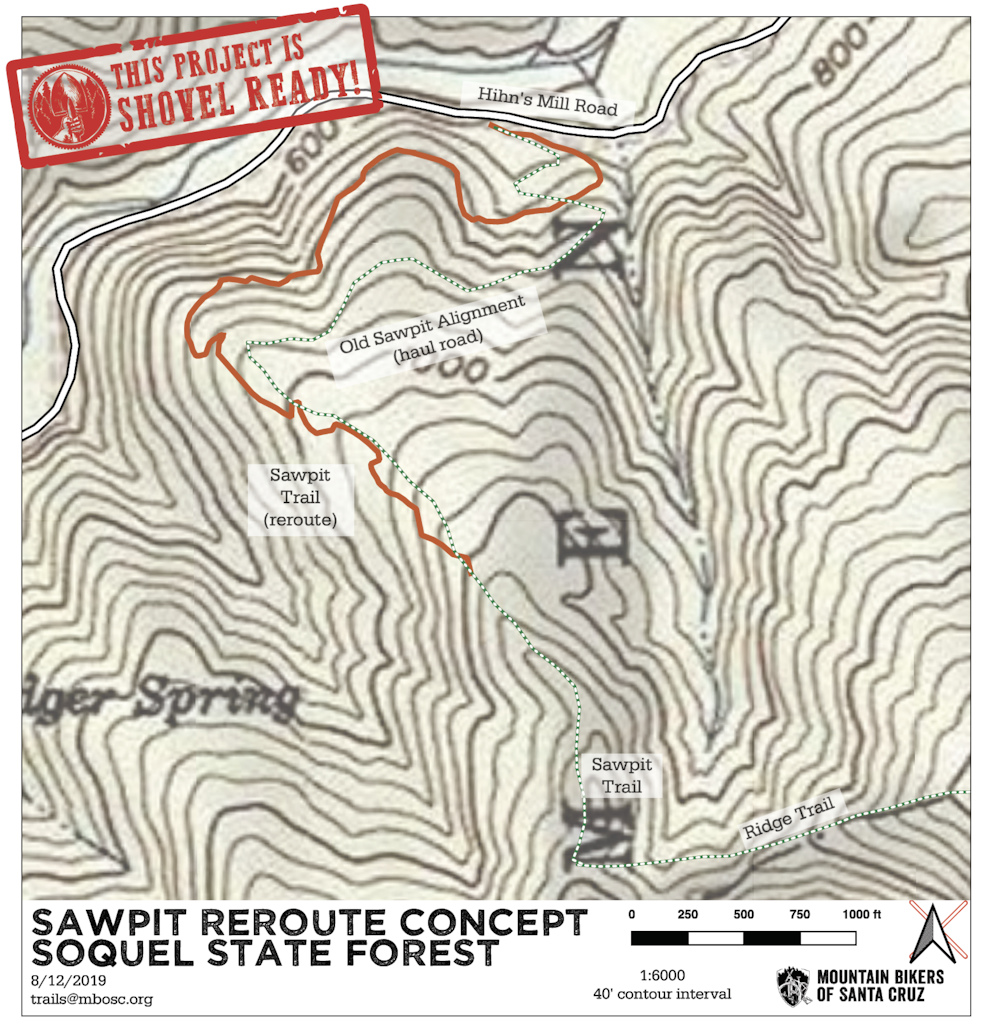 This campaign has been a huge success, and you can help drive it past the finish line. MBOSC has already achieved the original fundraising goal of $100,000, and they are now reaching for a stretch goal of $110,000. This is the most money MBOSC has ever raised for Santa Cruz County trails, and it’s not shocking why. The Sawpit Trail Reroute is currently under construction, and it will be a trail of epic proportions! It’s not only loamy, but also full of new growth trees, meaning there will be lots of patches of glorious sunlight. MBOSC's ultimate goal with the construction of Sawpit Trail is to keep it natural - they’ve left intact rocks, roots, and duff to maximize the fun. By donating to this campaign, you are ensuring not just initial trail construction, but also five years of continued maintenance for all trails in Soquel Demonstration State Forest. Plus, for every $5 you donate, you’ll be entered to win a Santa Cruz Bicycle of your choice! 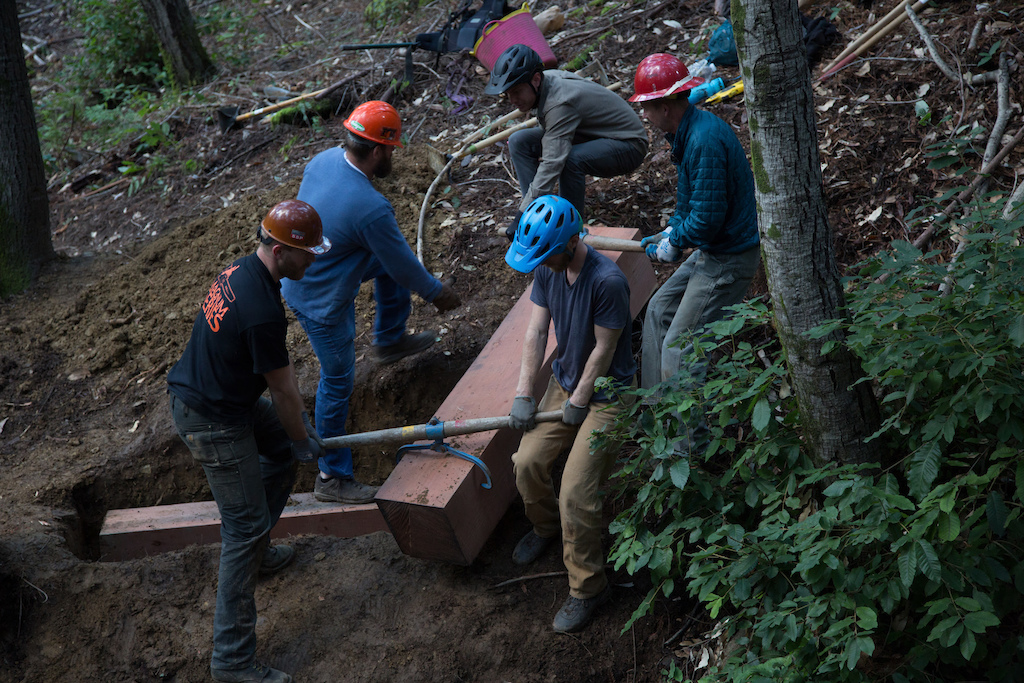 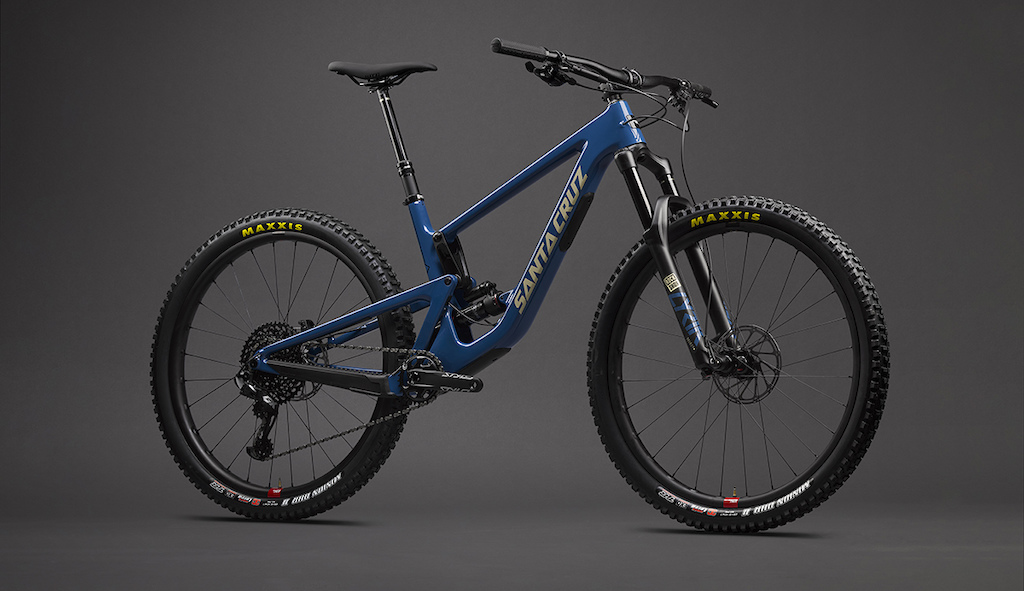 shrockie (Jan 13, 2020 at 13:00)
The reroute is much more than trimming some bushes.. A couple years back the heavy rains caused some landslides, making the old trail impassable. Many thought it wouldn't open again.

I'm eager to see what MBOSC does with the re-route, after seeing what they did with the flow trail down there. They know what they are doing. It won't be a flow trail, but a more raw and challenging trail. Sounds awesome to me!

Thank you MBOSC for all you've done in our area, but more importantly showing land managers from other areas what's possible when trails are built well, the amount of use they will see and $$ that flows along with the riders that come to ride them.

Many Thanks to Santa Cruz too, for helping to support these efforts! trails don't get built with desire alone..

zomosapien (Jan 13, 2020 at 12:33)
Kinda f*cked up to think that we have to donate to mountain bike trail crews to have any sort of brush abatement. I've lived in CA my whole life and the level of ignorance the local government has towards wildfires is insane. Last year we got something like 70 million towards our budget but every year without fail nothing is done to push back the wildlife growth. What's worse is they don't allow you to do any abatement on your own property without a permit, lest ye chop down a "protected" weed.
The business end of Gavin Newsomes crack pipe must be hot to the touch 24/7.

Fullsend2-13 (Jan 13, 2020 at 15:23)
Couldn't agree more. California is a matchbox waiting to go off, and it's happened seriously these past couple of years. I did notice when riding up there the other day that a lot of clearing was going on so something is happening I guess.

zaalrottunda (Jan 13, 2020 at 16:04)
@codypup: If you wanna come by and use the saws on 600+ acres then be my guest. Also, read the part about being fined for clearing brush without approval/permit. Which they charge you for. In other words, california is de-incentivizing people to perform brush abatement, but Gavin will bitch and moan when the next wildfire hits about Trump not giving him enough money.

dirtvert (Jan 13, 2020 at 20:15)
Brush abatement? The money is going towards the reroute of the Sawpit trail and 5 years of maintenance in Demo. But the state has been doing a ton of fuel reduction work in that park and neighboring Nisene Marks State Park since July. The more ya know...

zaalrottunda (Jan 14, 2020 at 10:06)
@dirtvert: If they're clearing/maintaining trails I'm assuming their going to have clear some brush. And I'm all for protecting the national parks but California is so up its own ass with their environmental concerns that they allow forests to grow into f*cking tinder boxes. Not to mention brush around houses.

codypup (Jan 14, 2020 at 12:09)
@zaalrottunda: The vast majority of forest land in California is controlled by the federal government.

zaalrottunda (Jan 14, 2020 at 16:43)
@codypup: ya and the forest land isn't what I'm talking about (as much as that needs to be maintained also). California restricts brush control on private property, that's my gripe.