Join Pinkbike  Login
Three high performance female mountain bike riders shred the line of a Lake Tahoe downhill track in a short documentary film, planned to debut in January 2016 with a movie trailer release targeted for later this month, announced Twelve One Productions film producer, Kristina Smith, after wrapping up four days of filming. The mountain biking (MTB) film, called 'Courage to Get There,' is the first episode of 'The Line,' a series of short documentary films about the determination and courage of high performance female athletes who excel in adventure sports while shaping these sports for future generations. 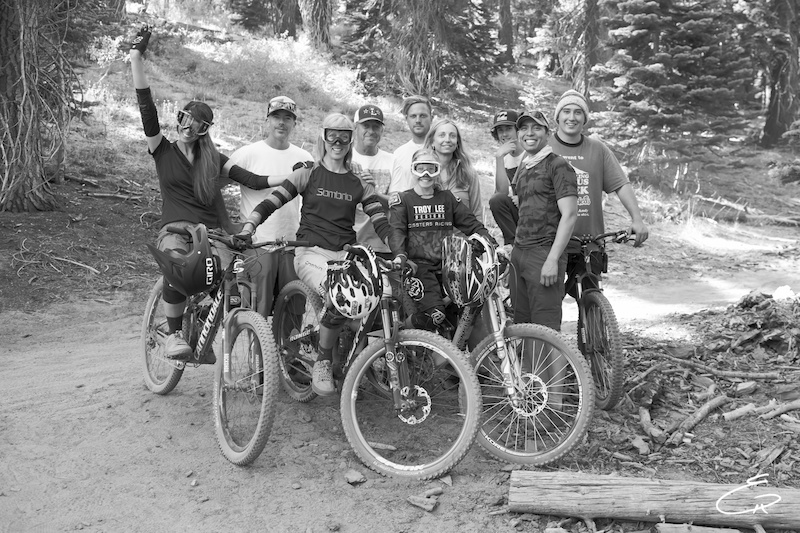 The ladies and documentary film crew take a break after a full day of intense riding while filming the first episode of The Line Documentary Series.

Kat Sweet, McKenna Merten and Inga Beck are the featured athletes in the MTB episode, filmed on the Tyrolean Downhill of the Tahoe Rim Trail. Watch these accomplished and unique MTB riders navigate the downhill track’s steep descents, high speeds, vertical drops and natural obstacles. Find out why they do it, what inspires them and how they progressed to high performance.

by thelineseries
Views: 3,670    Faves: 6    Comments: 0
Featured rider and former downhill pro, Kat Sweet said she was excited to be a part of this project and to shine some light on female athletes. “We want to see women riding and we don’t see enough of it and that has been frustrating over the years,” said Sweet. “Girls need more female role models who are kicking butt.” Sweet added that this documentary is a way to bring recognition and respect to the sport.

by thelineseries
Views: 2,558    Faves: 4    Comments: 0
Middle school student McKenna Merten agrees. “We need to get more little girls riding and ripping it up,” she said. Competing since age six, Merten has many biking accomplishments in her young 13 years. She sports 20 championships, including three national downhill titles. Merten held her own and then some over the four-day documentary shoot. Excited to hang out and ride with more seasoned women riders during the filming, she exclaimed, “We are shred sisters!”

by thelineseries
Views: 2,092    Faves: 2    Comments: 1
Shredding it up and creating a sisterhood of riders are favorite pastimes of amateur racer and MTB blogger, Inga Beck. She was eager to participate in the documentary to “show the fun factor in this sport. You don’t have to be the best of the best to participate and be a part of something this cool. MTB is not a sport for the faint of heart and you have to put a lot of heart and soul into it to become a good rider though the girliest girl can still shred." She said. 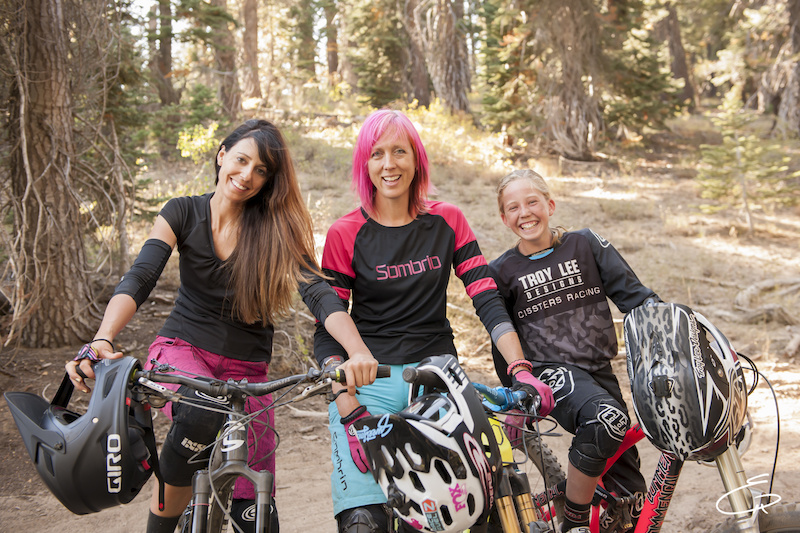 trailmaid (Oct 4, 2015 at 23:10)
Looking forward to finally seeing a movie that showcases exactly how well girls can shred!

aidy (Oct 5, 2015 at 10:57)
I definately think that when trying to showcase how well women can ride that putting everything in slo mo is counter productive. Not to mention how boring slomo is now. Good concept though

k3818919 (Oct 7, 2015 at 6:51)
It's a touchy thing to make comments on a video like this. The video is intended to showcase female riders. And to some level spun as a means of "empowerment". But if anyone criticizes ANYTHING shown here, even if it's a legitimate and constructive criticism, it's interpreted as "hating" or girl bashing. Especially if the person presenting the point is male. And then I suspect that if a woman were to point out what they thought was an issue they would just be called "catty" for it. I know women that ride. Some of them are pretty damn amazing and until they take their full face off you wouldn't know that it was a girl ripping the line in front of you. They aren't former pro DH'rs they're just solid riders that happen to be female. And most of them aren't thrilled about pulling the "girl" card and being respected for being a "strong female rider". They want to be known for being strong riders regardless of gender. It's a fine line between being supportive and just flat out lowering the bar and in our current "PC/ Everyone gets a trophy" mindset it's even finer.

adventureali (Oct 5, 2015 at 18:58)
These women (and girl!) are awesome. Kat Sweet has done so much for women in the sport and I am excited to see her showcased. I do think that the slowmo is unfortunate though! I would love to see how these women are shredding in real time, cause I know they are ripping! Way to go ladies!

lyophilization (Oct 5, 2015 at 9:06)
yeah. love the idea of showing badass chicks ripping, but the slowmo, repeated shots neuter any excitement.

dhrace507 (Oct 5, 2015 at 18:17)
I honestly don't know why there is a big emphasis on "more girls riding and ripping" and all that. There don't need to be more women, or more men either. I'm plenty happy with the sport how it is, and don't need more people starting out to grow the sport. I love it, but it isn't for everyone, and that's fine.

xCri (Oct 5, 2015 at 21:57)
The slow motion helps distract you from how insane the shredding actually is. Your head might explode if you saw it in real time. only one question. Who's gonna do the goddamn laundry.

JonSparks (Oct 6, 2015 at 6:23)
Got to agree, there's far too much slow-mo in the segments we've seen. We get very little sense of how fast they are actually going.

ericwroth (Oct 5, 2015 at 20:18)
Sweet 6" jumps! The full batman suits and full face helmets are definitely mandatory for this degree of insane shredding.