Must Watch: Nico Vink's End of Year Roundup is Nothing Short of Epic

Nico Vink is a man that doesn't really need an introduction. He kills it on anything with two wheels, he's one of the best trail builders on the planet and he is without a doubt one of the nicest people you'll ever meet. We decided it was time to pay tribute to what he's best known for: his style on the bike. After travelling pretty much all year, the Belgian native collected some mesmerising footage along the way. 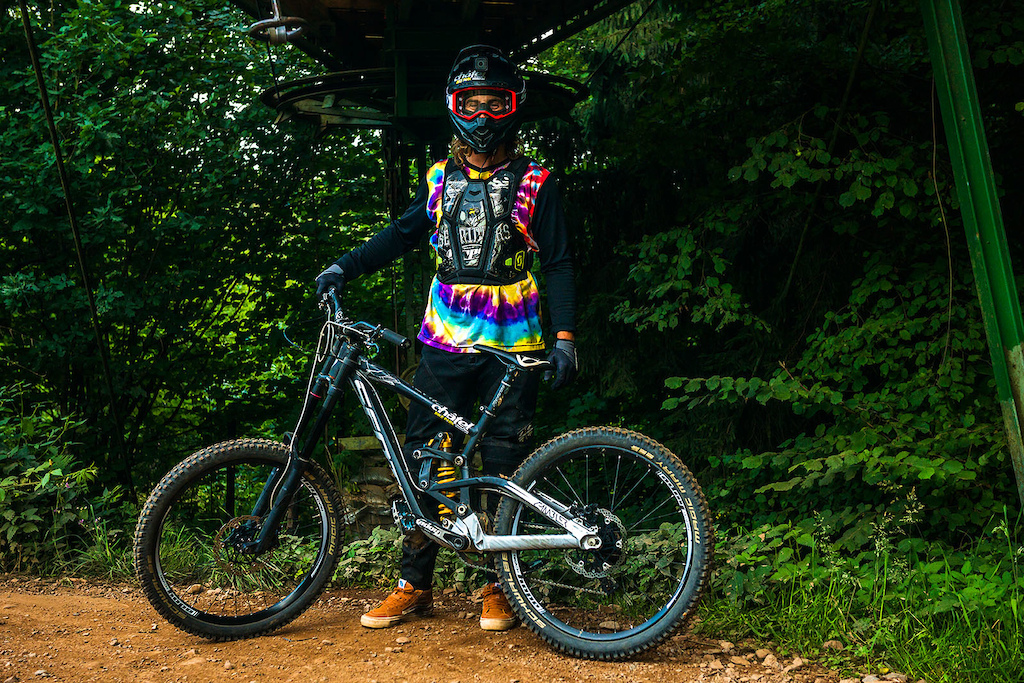 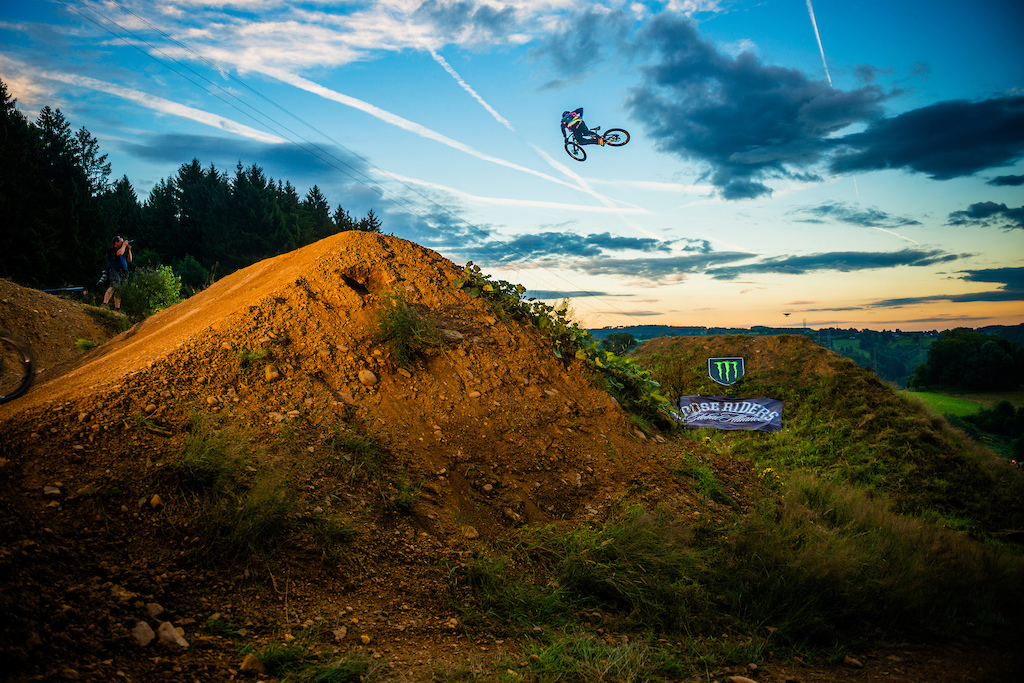 Nico hitting the monster jumps at Loose Fest like it's a set of BMX trails, is nothing but breathtaking. Every year the jumps get bigger and better, we can't wait what he has in store for us in 2018! Photo credit: Eric Palmer 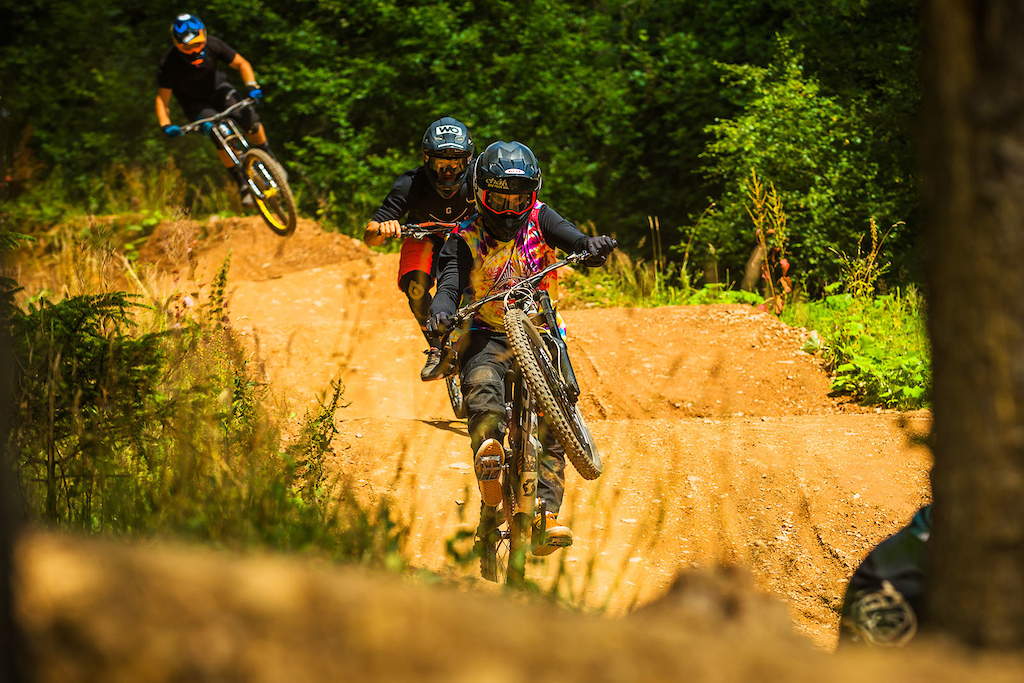 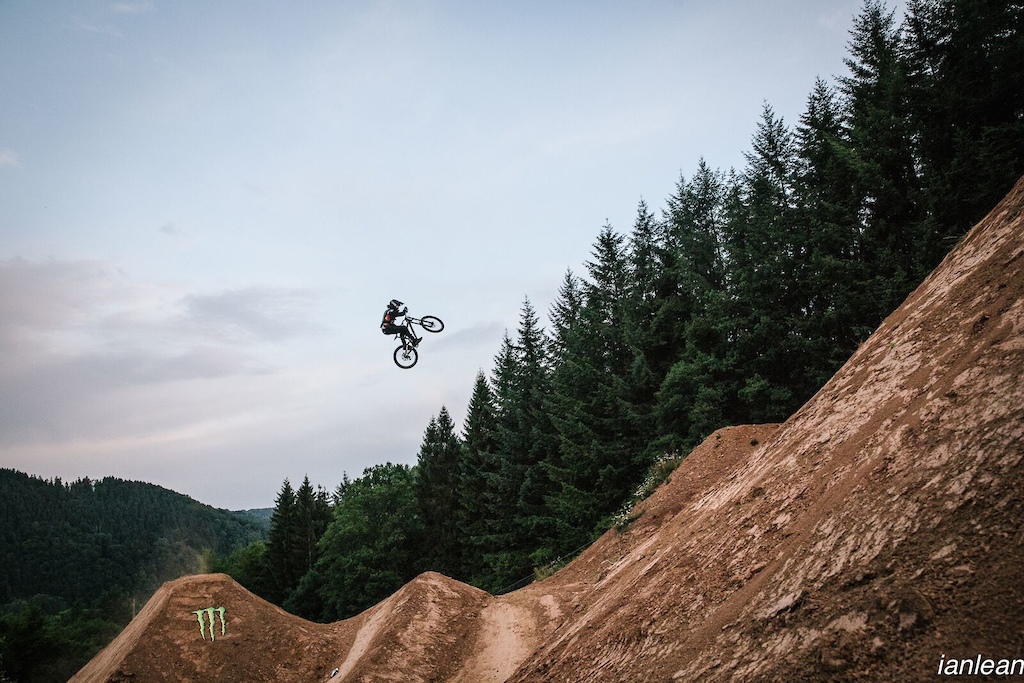 Hitting the massive step up at Loose Fest. Just look at the size of that jump. Photo credit: Ian Lean 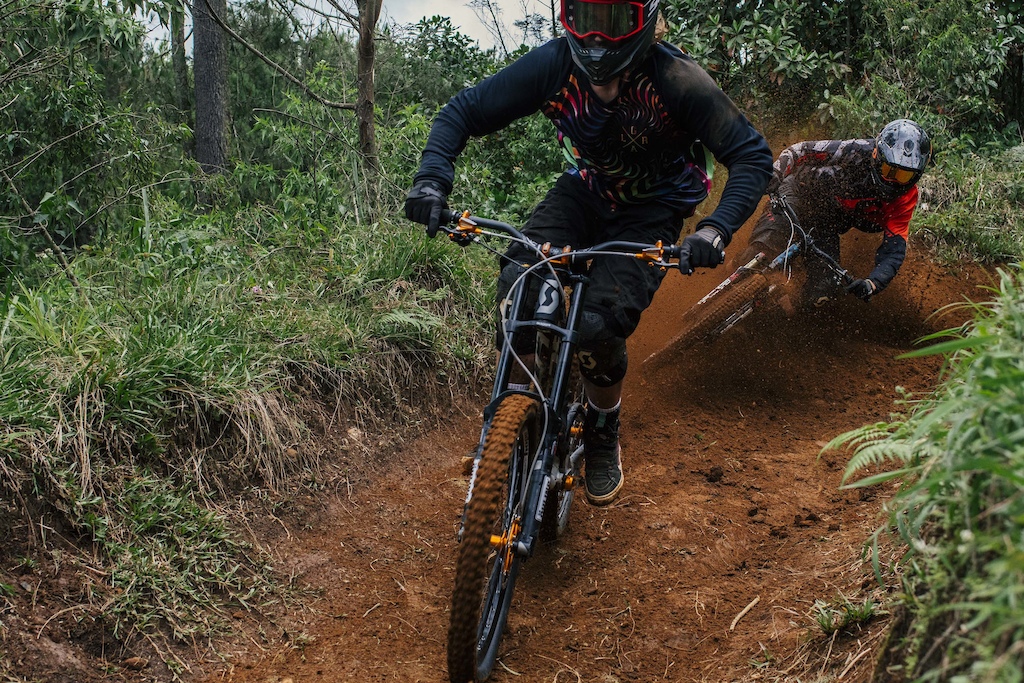 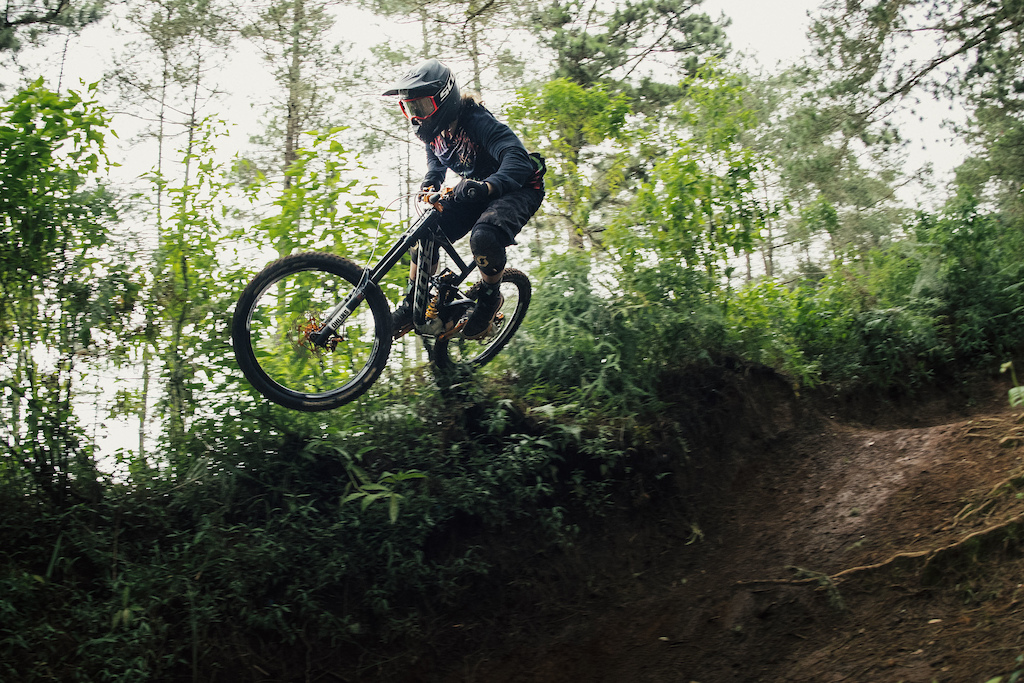 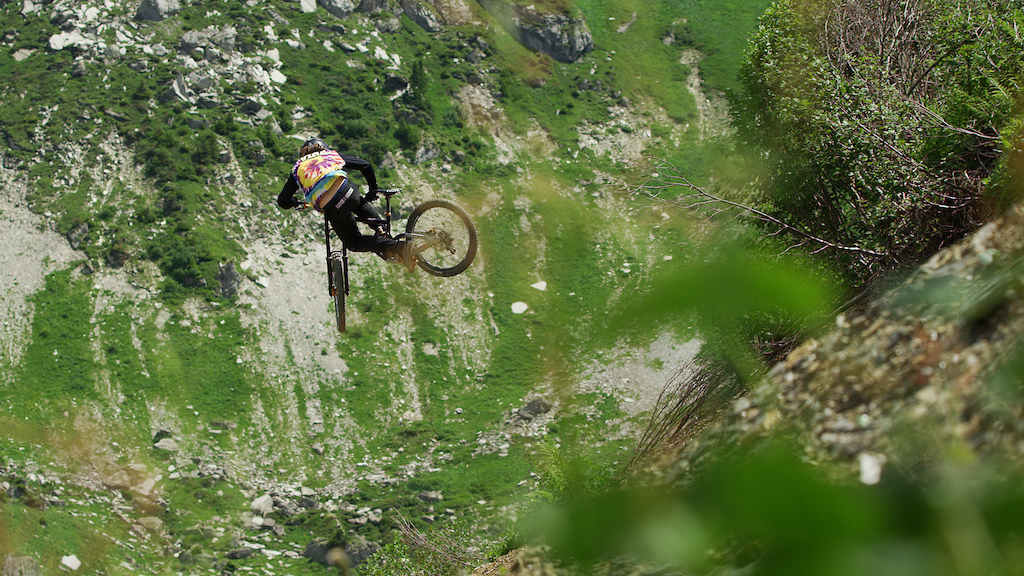 Build it. Ride it with style. The Vink Line in Bike Park Chatel is epic. If you plan on riding one bike park in Europe in 2018, we suggest you choose Chatel. Photo credit: Shaperideshoot 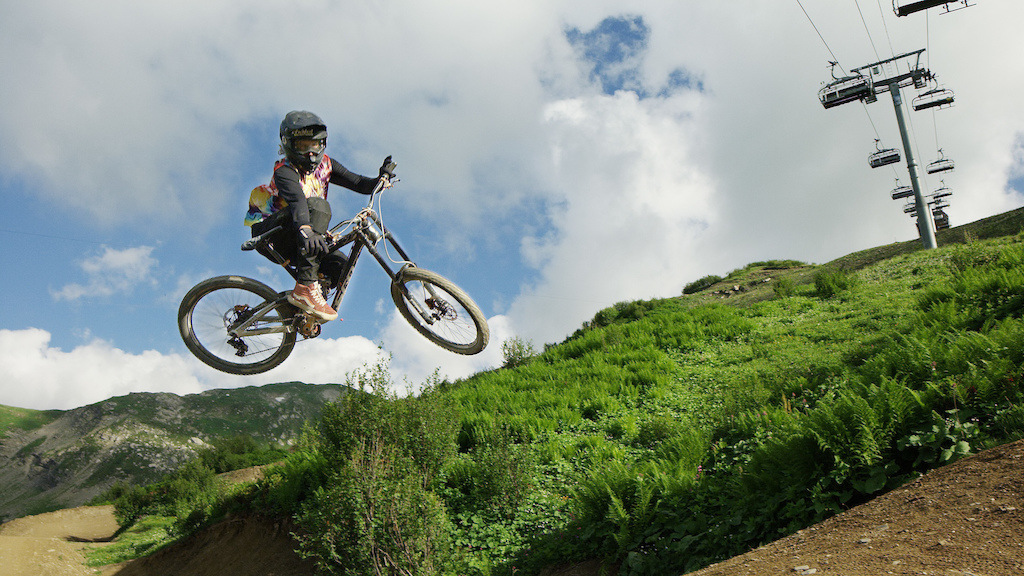 dicky21 (Jan 12, 2018 at 5:18)
Shout out to all the people stuck at work like myself who is fucking pumped after watching it but can't do much more than pop shovit the wheels on the bottom of their chair!

patrickbatemanworldtour89 (Jan 12, 2018 at 5:44)
I laughed out loud when I saw this, in appreciation. Then I watched the video. Seriously, those berms.

thorsbane (Jan 12, 2018 at 5:13)
I feel woefully inadequate as a mountain biker after watching this.

swampwolf (Jan 12, 2018 at 7:07)
Few things beat a nice manual =)
I'd rather watch a video with a bunch of manuals on the trails rather than lots of very complicated tricks in a setup jump!

aappii (Jan 12, 2018 at 7:23)
I was fortunate to follow Nico on Serpentine and Cha-Nada in Chatel. I have never ridden that trail so hard and with so much flow then I did when I followed Nico he instantly improves your bike skills. He is also so humble and nice to everybody, great guy!

) but the opposite of it, holy moly

silverback71 (Jan 13, 2018 at 15:41)
I could not believe the control when he rear wheel bonked the lip on that jump, any mere mortal would have been sent flying otb horrifically

tom5 (Jan 13, 2018 at 15:03)
Dear Mr. Vink, Thank you for bringing funny tracks, like the VINKLINE in Chatel to the normal people. Riding this, or at least attempt to, makes watching your clips even more insane. An average Joe video viewer, just can imagine or even feel the G-FORCE you have, when you roll through your lines. Its ridiculous. When I rode the VinkLine in 2017. And you do not event get a bit squeezed in the turns. Props to you, Sir. Yours Sincerely Fanboy from Germany.

Kimmersenior (Jan 12, 2018 at 12:50)
Total Steeze from another planet ! The fact that he’s a humble and laid back guy that everyone loves just adds to the man’s character. God I wish I could ride a bike like that.

tgent (Jan 12, 2018 at 8:00)
I met Nico on a plane from Amsterdam to Rampage, who knew they fly direct to Virgin Utah, one of the nicest dudes I've ever met, and obviously a killer rider!!

iamamodel (Jan 13, 2018 at 2:00)
Amsterdam to Utah, Utah to Amsterdam? That is one hell of a culture shock for places where the people look the same at either end.

tgent (Jan 16, 2018 at 14:03)
@iamamodel: Lol it was Amsterdam to Salt Lake City (basically rampage direct), and you're right a bit of a culture shock, but SLC isn't too bad IMO (I live here). SLC is getting much more liberal/rational as the city is getting less and less religious.

foxinsocks (Jan 13, 2018 at 0:13)
Is it already officially accepted truth that Nico is one of the greatest freeriders ever?

FrozenTreads56 (Jan 12, 2018 at 15:17)
this dude could easily represent the like freeriding as a whole. tosses a bike around like its nothin

SmerigVentje (Jan 25, 2018 at 3:45)
As a belgian I am surpriced that an athlete of such class as Nico, is completely unknown to the general public in my country.