Loris Vergier: 'We Made Improvements Every Race' 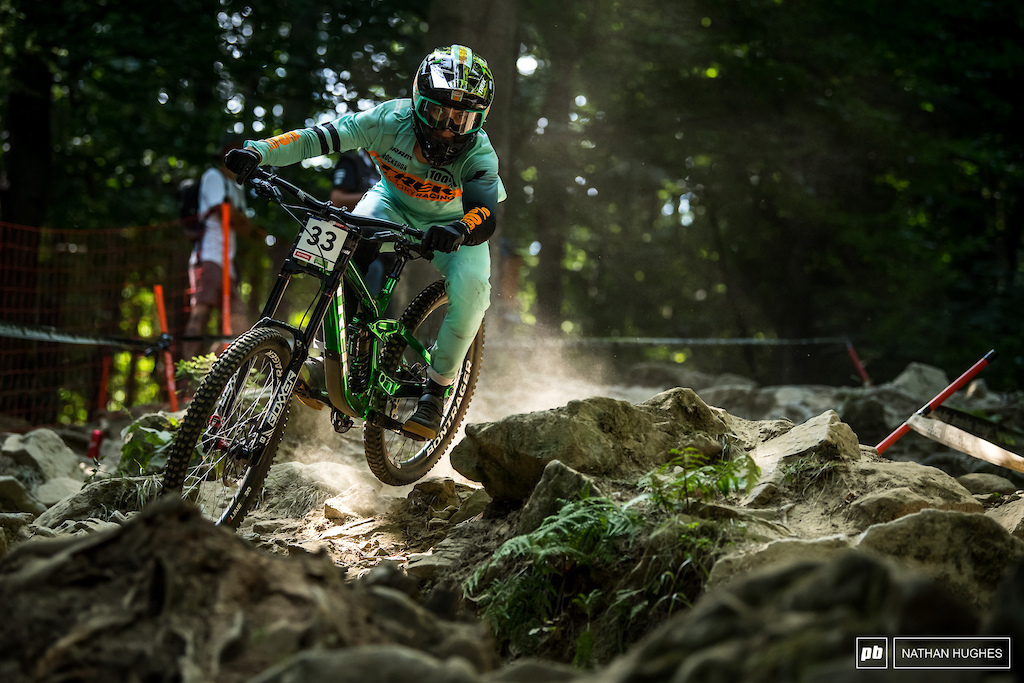 Loris Vergier has spoken about his journey to a perfect bike set up this season following his win at the Maribor World Cup downhill race.

Vergier won in Slovenia with a time of 3:05.064, nearly two seconds ahead of his closest rival Thibaut Daprela and three seconds quicker than his fastest qualifying time from yesterday. Vergier has shown great pace on his new Trek Session since signing with the Wisconsin brand this offseason but has been unable to convert that into a winning World Cup run until earlier this afternoon. Vergier told Red Bull TV after the race, "We had a short off-season so the bike was set up for home and you show up to a race like, 'oh, that’s soft', so we made improvements every race."

Vergier also described how his team was able to perfect the setup at last weekend's European Championships, which was also held in Maribor. While most of that race was held on a different track to the World Cup, it seems to have been helpful in allowing Vergier to get used to the conditions and pace of a World Cup. He said, "The race last week, it helped a lot with the bike so I’m really happy and really looking forward to Val di Sole and the rest of the season." 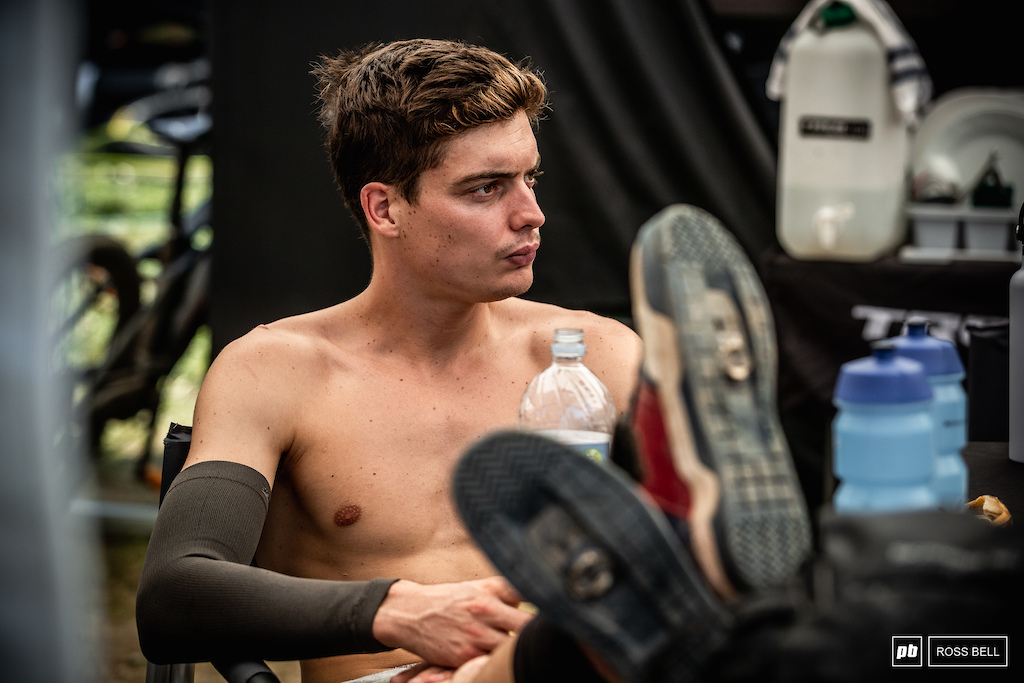 Loris has now won the last three World Cups in Maribor including two at the double-header event last year, Red Bull TV claims that this made him only the sixth rider in history to complete a hat trick of wins on the same World Cup track. He said, "That means a lot. Last year was cool and I wanted to do it again because, I don’t know, it’s cool to win! I’m really happy. It’s good with the new team, I’m proud to make them a World Cup win so I’m super stoked and we’ll see after Val di Sole."

Vergier's bad luck at the start of the season, which included a DNF in Leogang and a 25th in Les Gets, means he is already 270 points off the lead in the overall series despite his perfect weekend in Maribor. However he doesn't seem too disappointed and said, "It’s just different and bad luck. I would have been up there but maybe not winning so I’m finally back and I’m just enjoying it. That’s the only thing that matters right now."

nsteele (Aug 15, 2021 at 8:48)
Out of contention? He’s in 4th overall. 3 races left. One mistake or mechanical by Diprela and more good results from Vergier, and he’s right there. Sloppy journalism.

yakimonti (Aug 15, 2021 at 9:05)
@nsteele
This place cracks me up, this should be the top comment-but you get downvoted for facts.

Ensminger (Aug 15, 2021 at 10:37)
Agreed. Not sure about the points, but who incorporates that bullshit comment into a victory interview? Seriously, does anyone know who??

mi-bike (Aug 15, 2021 at 16:14) (Below Threshold)
Spoiler alert!!! Name of the winner as the first word in the first sentence after clicking that confusing title?!? Thanks pinkbike!

owl-X (Aug 15, 2021 at 11:58)
Are you now overcharging us with clunky headlines to punish us for making you avoid your traditional spoilerism?

chal0080 (Aug 15, 2021 at 18:06)
@jamessmurthwaite: sorry for the down vote. Meant to upvote! Props for reacting and adapting to the ever critical PB comment section.