Riding can be a very solitary sport at times. Often accompanied by long days solo building, overcoming injury and pushing through fear. Riders, like Alex Volokhov, tend to have a passion for the sport that borders on insanity. Pushing through risk and pain to capture that feeling of accomplishment.

Before Alex and I started filming he had been building in the woods for weeks. He had just finished building 4 new features and was moving back to Nelson in 2 weeks. Time was running thin and we had to start filming. We managed to shoot Mt. Provost twice in the first week. We completely lucked out, I couldn’t have dreamt up better conditions. Managing to wrap it up in 2 days and now it was time to film the features Alex had been building.

Unfortunately, the rain had different plans for us! Three of four features Alex built were now un-rideable due to the rain. With time running thin we were left with 1 day to shoot the second half of the video. With much of Alex’s hard work spoiled by rain there was a weird vibe in the air. Luckily his main feature was still rideable, and Alex knew what he wanted. It was on! The second half of this video show’s exactly how that day went down. No bullshit, no faking, this was how the day unfolded.

Rider passion and determination is what I love most about filming bikes. I will always respect the courage and effort these athletes put into their riding, it’s what they live for!

Special thanks to Jordie Lunn! 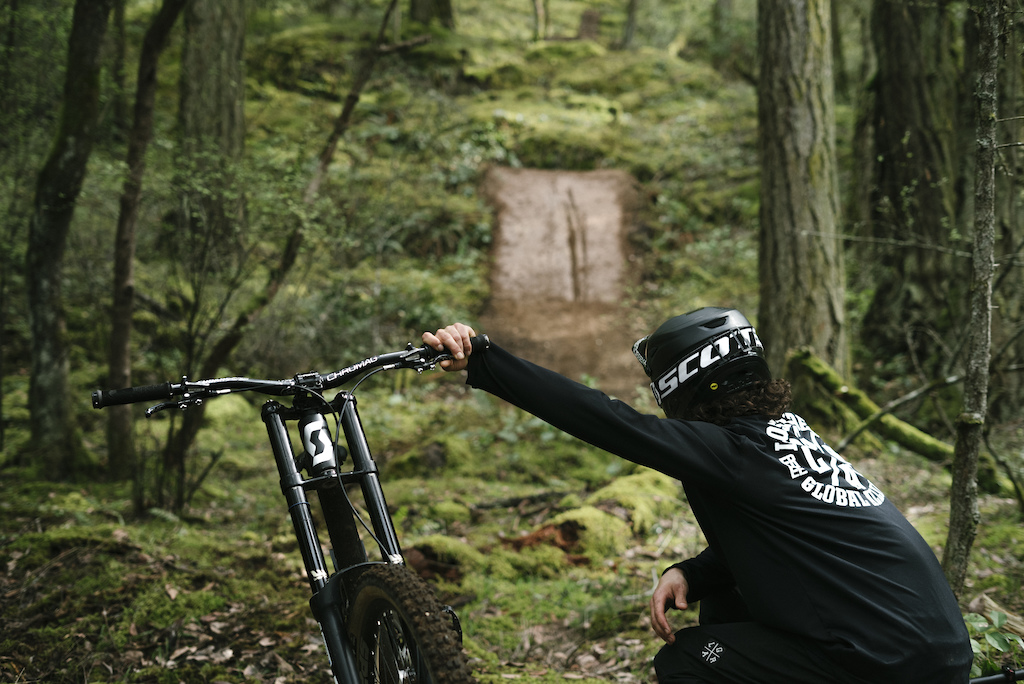 Posted In:
Videos Must Watch Must Alex Volokhov

captyvatemedia (Apr 17, 2018 at 3:03)
That flip at the 3 minute mark, straight up ridiculous! Hope ya'll appreciate that beautiful, loamy forest. Haven't had proper rain for months in AUS.

badbietz (Apr 17, 2018 at 9:41)
His reaction to stomping that step down flip pretty much sums up my reaction every time I clear a six foot double lol

kerberos (Apr 17, 2018 at 5:28)
Dude's hip must be made of some NASA rocket science flexible material. Amazing how calm his upper body stays while his legs and bike whirl around!

alaskaskier (Apr 17, 2018 at 4:25)
Love the emotion shown through the attempts of that massive flip!

juicebanger (Apr 17, 2018 at 12:02)
I honestly react like that if I turn my handlebars in the air and land without crashing

NCByron (Apr 17, 2018 at 6:12)
That feeling of accomplishment and progression after facing your fears and throat punching them. Its one of the great feeling in the world. So great to have included that in the edit.

dicky21 (Apr 17, 2018 at 4:51)
Helmet not done up on the flip step down? Or is there some magical quick release I don't know about when he takes it off one handed?. Other than that, impressive video and very well shot!

daugherd (Apr 17, 2018 at 15:29)
@kerberos: Even with a D you just pull the tab strap and it gets loose enough to pull off. Tough as nails that one is for getting back up, grabbing a shovel, fix the landing and then sends it again.

crys-vb (Apr 17, 2018 at 7:28)
some videos i watch.. it looks like the person is killing themselves to stay pinned.. alex is pinned and it looks completely effortless and so flowyyyy. great vid

mecabeat (Apr 17, 2018 at 15:14)
Is there footage of him landing the step-down flip from that side angle? The oncoming shot is nice prom a photography perspective, but it really squashes the size of the jump. I think riders would prefer to see the angle that shows how big that is.

vinay (Apr 17, 2018 at 3:51)
That was impressive. The second time he also seemed to land higher up the landing, which should have helped too. Amazing he could still pull that off on a day like that.

sahark95 (Apr 17, 2018 at 9:23)
Loved it! You managed to show the feel of the riding and the rider, and also the vibes in the air! Great edit and filming! Big respect for the rider! Amazing skills!

angelfuk (Apr 17, 2018 at 9:38)
Hate step downs cause I do what he did twice in a row..."and there goes the landing, explode". Did that twice on new step downs this weekend. Kudos to those that can jump them correctly.

jefe (Apr 17, 2018 at 15:19)
Dude overcame his crash and buttered a MASSIVE backflip and your first thought is "hm, wonder what tires those are?" Who cares?

dangem1 (Apr 17, 2018 at 7:41)
Reminds me of the old school videos I used to buy. Sheer pleasure to watch and makes you wanna go out and ride instantly.

FreerideFanatyk (Apr 17, 2018 at 8:59)
Sick edit! Such a good video. It's a reminder of what these guys go through to ride at that level. Love the honesty.