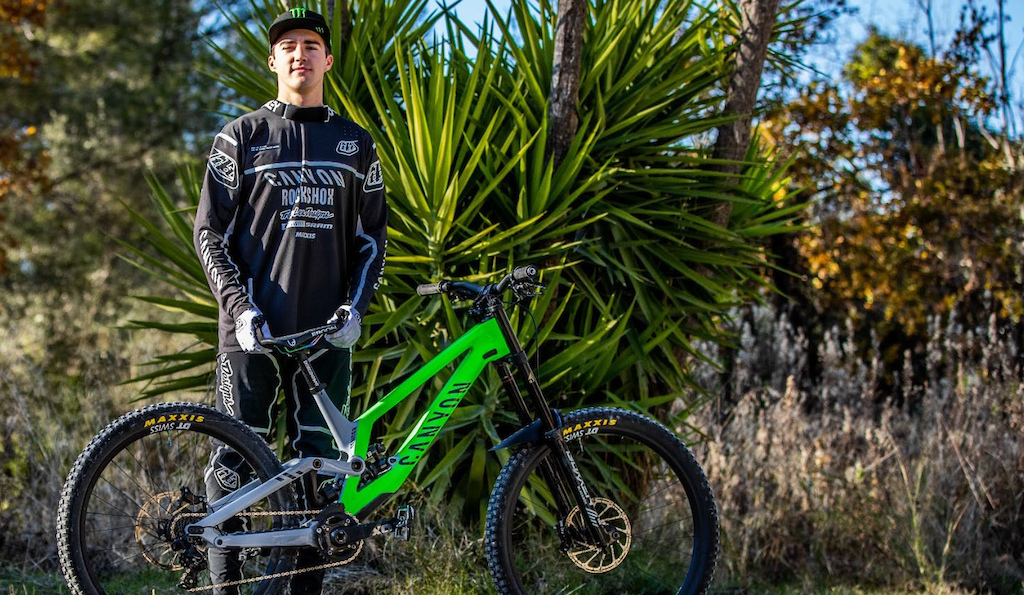 Luca Shaw's 2022 race team has been the subject of a lot of speculation this off season but finally we have our answer. Next season the young American will be racing for Canyon on its Collective Factory program alongside Troy Brosnan, Mark Wallace and Jakob Jewett.

After seven years riding on Santa Cruz bikes, Luca will now be racing on the Canyon Sender CFR but it looks like he's already spent a decent amount of time testing and tweaking with Fabien Barel at the team's base in the south of France. Luca will no doubt be hoping to pick up where he left off in 2021 as he returned to the podium after for the first time in three years on home soil at Snowshoe. 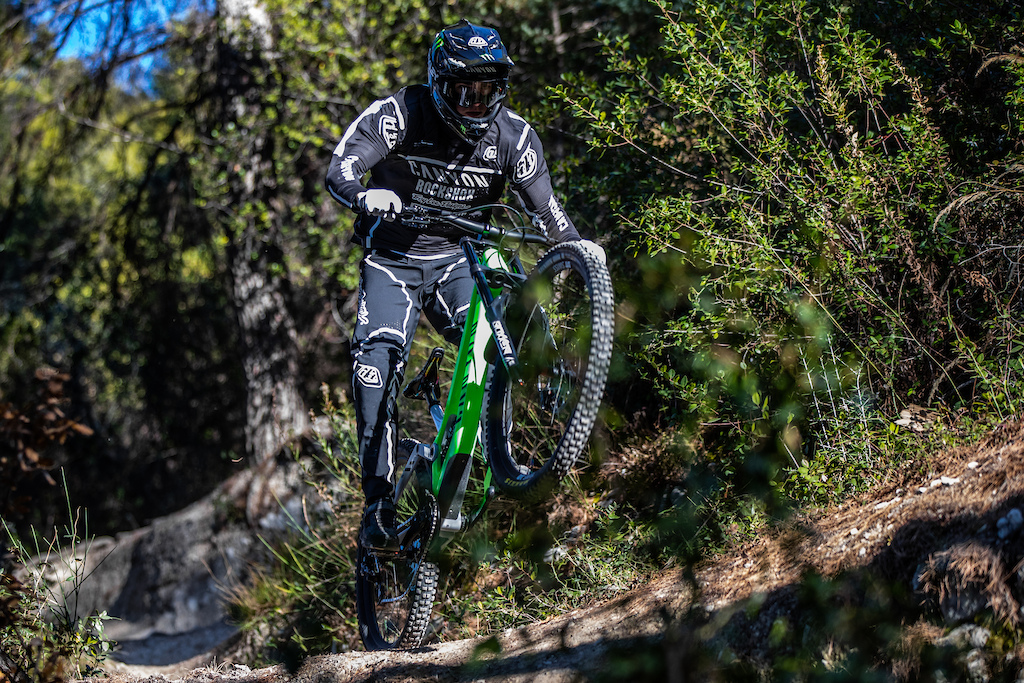 With the season kick off in Lourdesnow ten weeks away, it's not long to wait before we see Luca in action aboard his new bike.

AyJayDoubleyou (Jan 13, 2022 at 5:15)
It does seem a bit weird, but they are both good enough to be lead riders on most teams, maybe they are happy to get out of Greg's shadow.

MrBurger (Jan 13, 2022 at 5:33)
It's considered a smart (although slightly disingenuous) idea to sweet talk your new employer and sponsor. Nobody in their right mind would say "er my new team isn't as good as the old one, and the bike is garbage".

BamaBiscuits (Jan 13, 2022 at 5:51)
He might’ve just been trying to say something along the lines of: “I’d been on the same team for 7 years and it was time to try something new” rather than a hit at the Syndicate.

If that's "a bit serious", I wonder what would chill look like. Smoking pot instead of racing?

airsoftesneeto (Jan 13, 2022 at 8:40)
i think of it more of being, they loved being on the team so much that they have gotten comfortable. I dont look at the syndicate as being a team that cares as much about results like specialized or other teams but rather look like a team that is having the most fun. That said, i think Luca wanted to get out of that comfort zone and hit the refresh button on a new team. I have felt that before for myself and i think mentally Luca is more focused than ever to show what he is capable of. Also who wouldnt want to hang out with Barel, Wallace, and Bronson. Wallace and Bronson are two of the most consistent racers in the world cup circuit. just my opinion

abercrave (Jan 13, 2022 at 14:37)
@DH-Smurf: I've certainly heard of the young man who decided he didn't enjoy the racing world all that much. Not the first and definitely not the last. I don't recall it having anything to do with the Syndicate, though.

Wilkomacc (Jan 13, 2022 at 20:03)
@Murraybmx: I would say fox came about because Jackson and laurie we’re both already running it

Meganstuart1 (Jan 14, 2022 at 8:11)
@commental: cheers mate, the worse thing is I actually like to think I’m pretty good at geography maybe I’ll have to reaccess my opinion on myself lol

szec (Jan 13, 2022 at 5:46)
"Luca Shaw's 2022 race team has been the subject of a lot of speculation this off season but finally we have our answer."
To people following bike rumors thread on the other mtb site it was clear since quite a long time.

TheBearDen (Jan 13, 2022 at 10:04)
Canyon going for the Guiness world record for most athletes signed to one company.

ski-bike-repeat (Jan 14, 2022 at 7:51)
If Luca suddenly starts getting podium finishes, its gon'a be kind of awkward for Santa Cruz, especailly after what Loris has done having switched over to Trek. Once we can brush off, twice, well that looks suspicious. I will not stand back and wait to be flamed by all the good dentists out there!

rol79 (Jan 13, 2022 at 7:25)
Maybe he just wanted to have a new start in order to get the hoped results he is for sure capable of. Or maybe he just did not get a contract anymore

cassonwd (Jan 13, 2022 at 6:44)
This is cool - good for Luca. Hopefully this can spur him to some big wins! I wonder how he will feel going from Fox to all Rockshox/SRAM after being on Fox for SOOO long.

Zozordan (Jan 14, 2022 at 5:55)
He was only on Fox for the last few years while on Syndicate. Prior to that he was on SRAM/TLD, which ran Rock Shox suspension on Horst link bikes (just like his new Canyon.)

Skiing2009 (Jan 13, 2022 at 12:47)
This just in there had been shortage of letters on Pinkbike. Yes you heard me right letters. More I’m that later and here comes Joey with the weather.

peebeejay (Jan 13, 2022 at 8:23)
Happy for Luca, but disappointed to see another 4 male elite team from Canyon. They should have followed Santa Cruz and Spec and included some ladies and juniors.

TheSlayer99 (Jan 13, 2022 at 9:24)
They have one of the best female riders in the world and 2 up and coming juniors in Phoebe Gale and Dennis Luffman on the FMD team, how can you say they don’t have women and juniors?

theoskar57 (Jan 13, 2022 at 5:11)
Canyons Team Recruitment consists of stealing people off the Syndicate and I’m okay with that