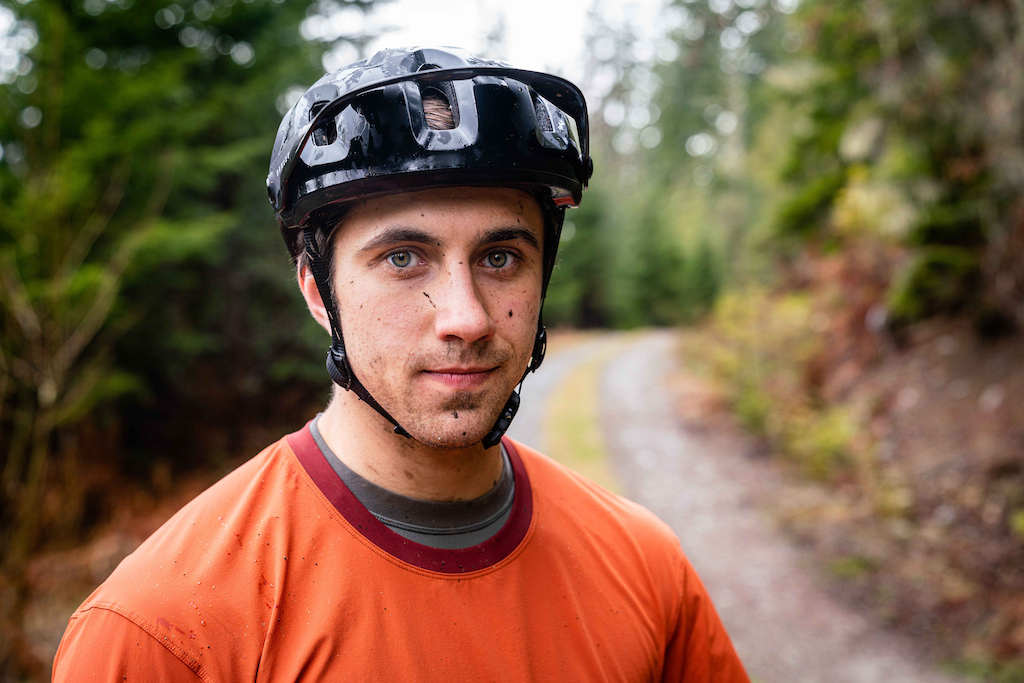 Canadian World Cup downhill racer Magnus Manson has announced he has been diagnosed with Hodgkin’s lymphoma.

Hodgkin’s lymphoma is a cancer of the white blood cells that mainly affects people in their 20s or the elderly and men are slightly more affected than women. The cancer causes B-lymphocytes to start to multiply in an abnormal way and begin to collect in certain parts of the lymphatic system, such as the lymph nodes, which makes the patient more vulnerable to infection.

Magnus said he knew something had been off for a while and he began consulting doctors around a month ago. However, in the past two weeks he has been exhausted and doctors were able to give him a concrete diagnosis after a series of tests and specialist appointments. Magnus will begin treatment as soon as possible and his specialists are confident he will be able to make a full recovery and be back riding when his body allows.

Magnus would like to pass on an extended thank you to his sponsors, family, friends and the mountain bike community that has been overwhelmingly supportive after he posted the news. We wish Magnus all the best in his battle with the disease and hope to see him fully recovered and back on his bike soon. We will keep you updated of Magnus' progress as he goes through his treatment.

southoftheborder (Jul 25, 2021 at 8:28)
Thanks for sharing! That's the kind of encouragement we all should be sending Magnus these days. Live long and prosper both you and Magnus!!

If I had to offer one piece of advice it is to start thinking about your recovery before your treatment starts. Train for that recovery all the way through the treatment. It will keep your mind focused on the future. And You’ll have a good foundation to build on when the treatments are done.

rivercitycycles Outside+ (Jul 26, 2021 at 9:47)
It’s good to hear this form of cancer is beatable! My first thoughts was otherwise but that’s coming from losing 8 uncles and aunts to cancer including my dad.

I wonder if someone close to Magnus will set up a go fund me so those of us that want to chip in some cash to help out!

madmon (Jul 25, 2021 at 9:11)
@dualcrownscottspark: haters will always spread hate. Wishing Magnus a strong and speedy recovery from this debilitating disease. Massive respect to PB and the members.

salespunk (Jul 25, 2021 at 10:32)
@dualcrownscottspark: most likely an accidental click of the down vote instead of up

Slowpeddler (Jul 25, 2021 at 11:37)
@dualcrownscottspark: I didn’t down vote but after my run in with Non Hodgkins Lymphoma I would call cancer ‘my teacher’. It slaps you around until you learn about what are the most important things in life & it makes you a better person.
Good luck Magnus, I was riddled with it and told that it would be back in 5 to 10 years. I’m at 15 years, you can kick this to touch, stay strong!

snl1200 (Jul 25, 2021 at 14:45)
@BikeTrials: I remember watching JoJo Rabbit with my young son and him asking why I let him watch a movie with the F word. I explained to him that the F word is a way people express powerful emotion and often there are more productive ways to express it (I'm a regular user of less than necessary F bombs). However, I said if we are going to say F#$k something...Hitler would be the one. I would put cancer in that same boat. F$%k cancer. All the best Magnus in this rocky section of your journey. You can do this!

jaredgraves (Jul 25, 2021 at 16:18)
I've never met you Magnus, but when you get past this, you'll have a new appreciation for so many things, and you'll look back on it as an experience you're glad you went through. All the best!

Yaan (Jul 25, 2021 at 11:26)
Sorry to here of your diagnosis Magnus.
Of all the people I have met at races (and Cypress) over the years you have always been one of the most positive.
That big smile is going to work well for you as you take on this new challenge.
I know everyone that has ever met you is wishing you a speedy recovery.

We tend not to think of things like donating blood or volunteering to be a stem cell donor until someone we know or love becomes in need.
Magnus will need many litres of blood and possibly a stem cell transplant during the coming months.
PB readers wishing they could help can register to roll up their sleeves and donate.

wygator (Jul 25, 2021 at 18:48)
Magnus: I was diagnosed with Hodgkins lymphoma in 2019 at age 37 (kinda late). Treatment was brutal but it worked incredibly well. The bike and my mountain biking community here in the Tetons brought me a lot to celebrate and the strength to endure the toughest times, fear, sadness, anxiety, exhaustion and losing my hair. You'll get 'er done. Don't be afraid to ask for help and to lean on your brothers and sisters in dirt. Teeth to the wind, brother.

nvranka (Jul 25, 2021 at 13:17)
Wishing you all the best for a speedy recovery! As others have said, at least there is some silver lining here and it is a treatable thing (I have very limited knowledge, just based on what I’ve read anecdotally).

Hoping to see you back stronger than ever soon!

Xboxdanthe1 (Jul 25, 2021 at 6:33)
Man Han in there buddy keep positive and push as hard as u have to become a world cup racer and beat this as u r a winner already. We all praying for u

chileconqueso (Jul 25, 2021 at 17:00)
A co worker beat it as a super unhealthy smoker. My mom fought back too. Stay strong my man. Life throws things at us we don’t expect. You are strong and healthy. Give it all you got!

n00bmtbr (Jul 26, 2021 at 5:37)
I almost feel sorry for them. Imagine finding happiness in downvoting well wishers of someone battling a potentially life-changing illness...

evergreenc2s (Jul 27, 2021 at 10:03)
Heal up brother... Miss sharing the Dry Hill limousine (aka smelly Uhaul trucks) with you and the BC crew at PA shuttle days