Join Pinkbike  Login
Marco Osborne, one of America's brightest up-and-coming talents in enduro racing, went down hard yesterday. While out riding with his teammate Mark Weir in Northern California he went over the bars at the wrong side of 40mph. He was rushed to hospital where he spent the night in the intensive care unit with serious internal injuries. We are told by his teammate, Ben Cruz, that he is doing better today, he has left intensive care and as things stand it is not looking like he is going to need more surgery. He says that the doctors are keeping him in hospital for a couple more days for observation, but it looks like the worst is already behind him and he is in good spirits. 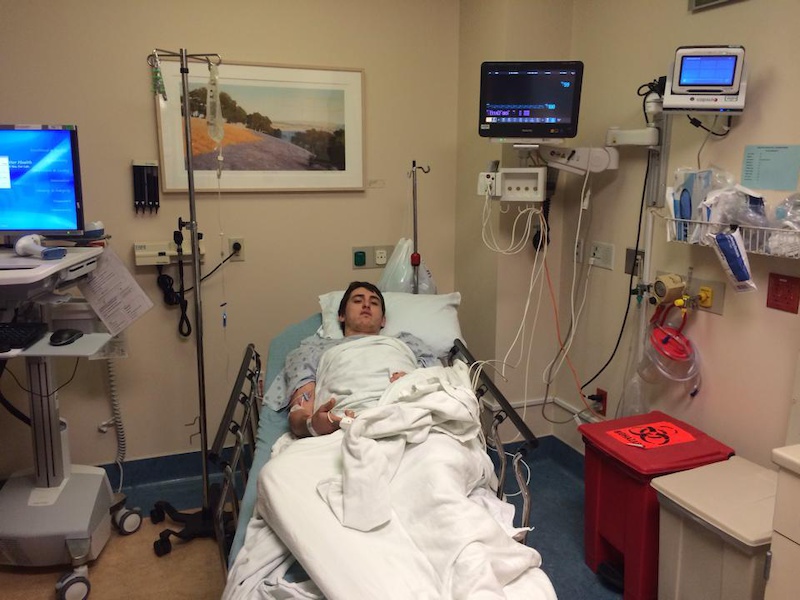 Like his racing, Marco doesn't do his crashing by halves either. Photo courtesy of Mark Weir 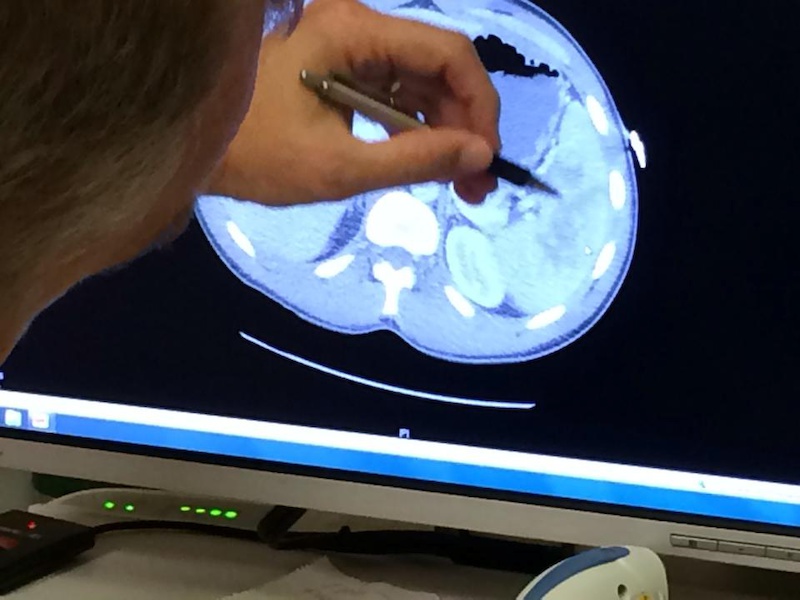 We're not doctors, so we're not going to guess at what this MRI means, probably pain. Photo courtesy of Mark Weir

All of us here at Pinkbike would like to wish Marco a full and speedy recovery - hopefully this won't rule him out of racing in the Enduro World Series this year.

Expresssss (Dec 3, 2014 at 11:08)
I know that dude is from UK but here in Canada in the province of Alberta they can drive by themselves at 15/16 maybe even 14... I'm from BC and we drive at 16/17 (not by ourselves though) Young Albertans are not allowed to drive in BC, our roads are intense.. even for mature drivers..

ON the comments above, its insane that your governments in the states and Canada allow you to drive what is ultimately a 2-3 ton crushing machine (pickups) and own mad guns while still growing pubic hair,but have such strong laws on alcohol etc

MCsession7 (Dec 6, 2014 at 8:19)
Our roads are generally much less congested than yours, I was driving dump trucks by 18. Our alcohol laws are not as strongly enforced as one might think, especially on the east coast.

chillindrdude (Dec 3, 2014 at 10:42)
That's a CT, not MRI. And it looks like he either lacerated his liver or a bad contusion. He likely had internal bleeding with this. Hope he heals up without issues!

grantsun (Dec 3, 2014 at 11:17)
their actually pointing at his spleen. liver is on the other side. looks like he might have a hematoma in his spleen that they are monitoring.

DrPete (Dec 3, 2014 at 13:12)
Looks like a splenic laceration that's on the higher end of what can be observed vs taking the spleen out. Agreed that it's a CT, not an MRI. Not a lot of bleeding from the one slice you can see in the pic, which is probably why they feel safe watching it. The ICU stay is most likely to monitor for bleeding.

ovadebarz (Dec 3, 2014 at 13:26) (Below Threshold)
It's a CT, it's his spleen.. More important... It's private personal data.. And from a governance aspect at least in the Uk ( don't know about the states) that even if the pic was taken by the patient / his mates.. It's breaking a shit ton of laws putting it on the Internet... Even if OK in USA / Canada PB are potentially in shit putting this on a global page, consent irregardless.

fedz (Dec 4, 2014 at 5:56)
@ovadebarz - If the individual gives his consent then no laws are broken, even if it displayed all of his personal / private details....which it doesn't