Join Pinkbike  Login
For my first post of 2011, I'm posting some of my all time favourite photos from 2010. Inside are highlights from Sea Otter, commercial shoots, personal projects, road trips, and the Red Bull Rampage. 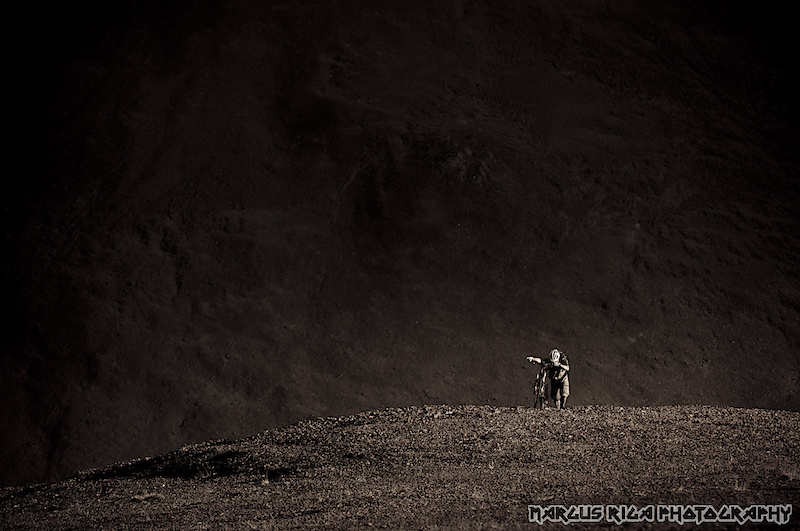 PJ Hunton, breaks through to the other side in Chilcotin, BC. 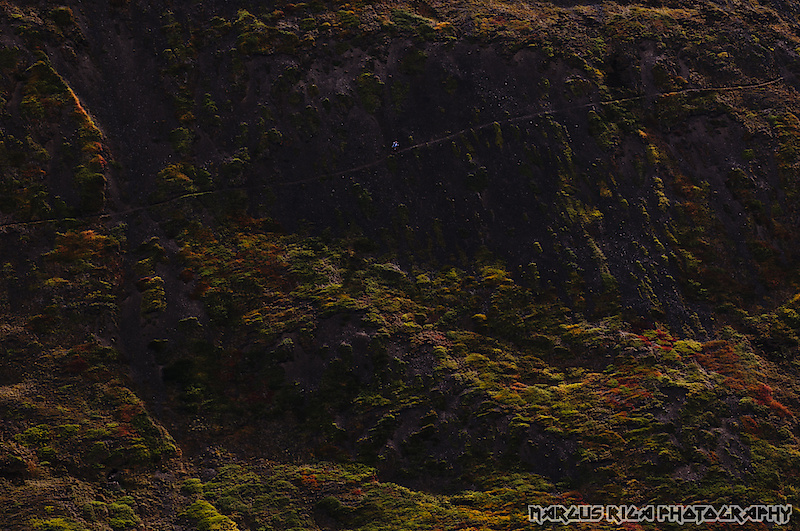 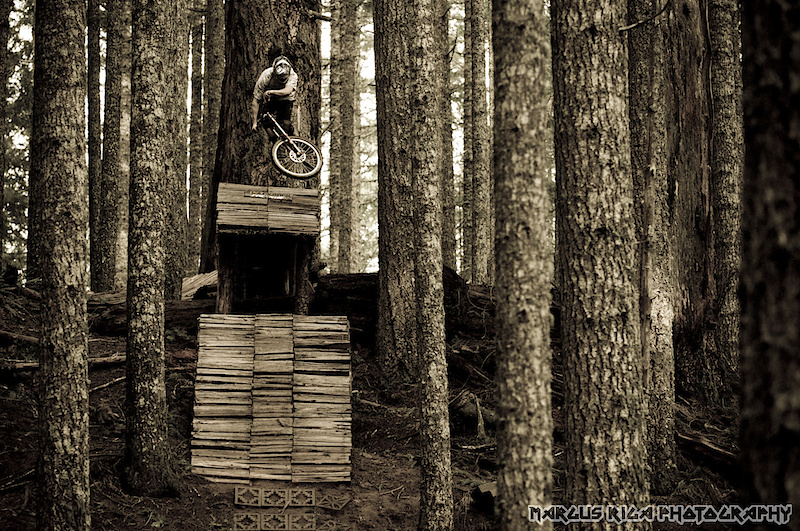 Black Rock Oregon is a magical place. I suggest everyone make the pilgrimage at least once in a lifetime. Curtis Robinson, making himself at home. 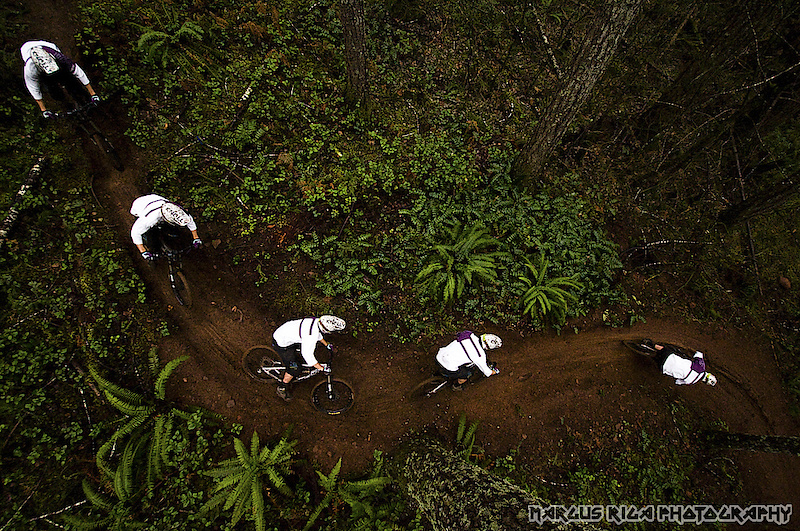 Al Crisp, giving Black Rock a run for its money. 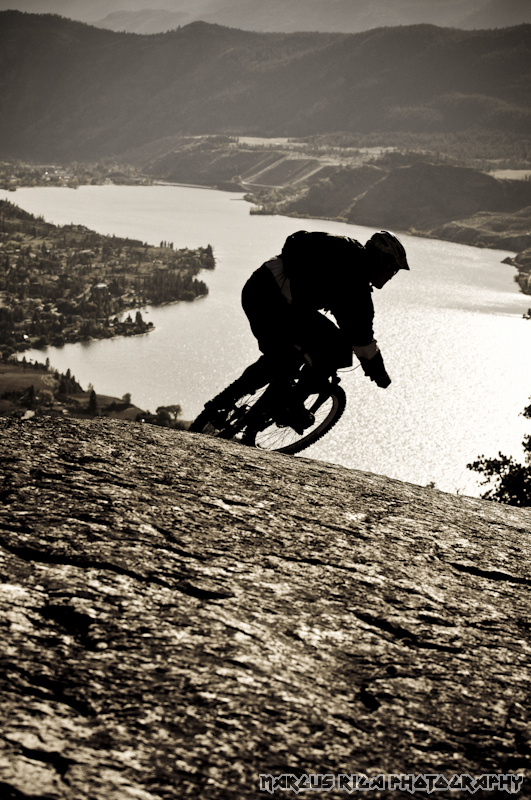 Ryan Berrelcoth is one of the hardest working and genuine people I know. He is also the man responsible for some of the coolest stunts on the North Shore. I can only imagine what's in store for this year. Think BIG. 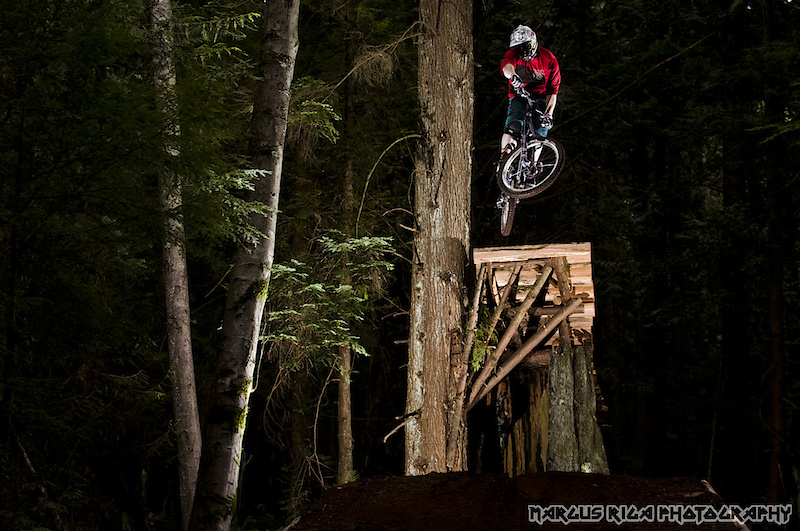 Check the woodwork under the lip. Ryan always stokes me out. 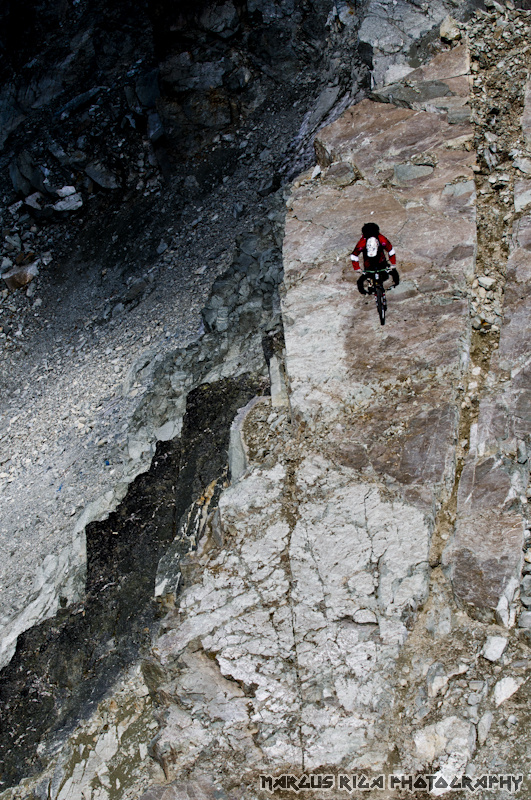 Ryan sending the Saddle line on Whistler BC. 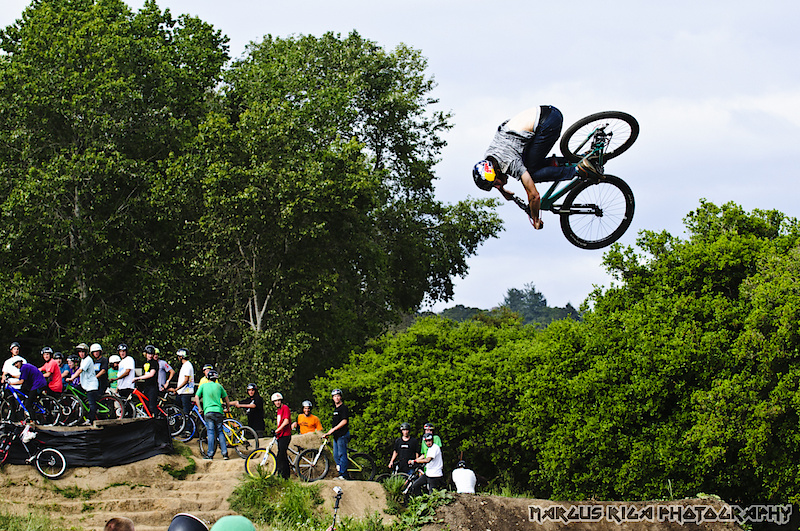 Last year's Sea Otter Classic bike festival was capped off by the annual Aptos Post Office Jam. Brandon Semenuk, giving everybody a reason to work harder in the New Year. 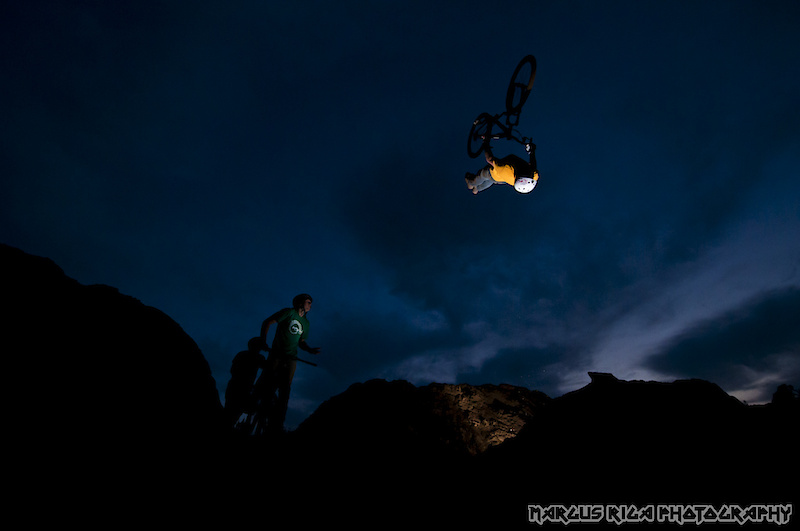 Sam Dueck, perfecting his super flip at the Aptos High Step Up. 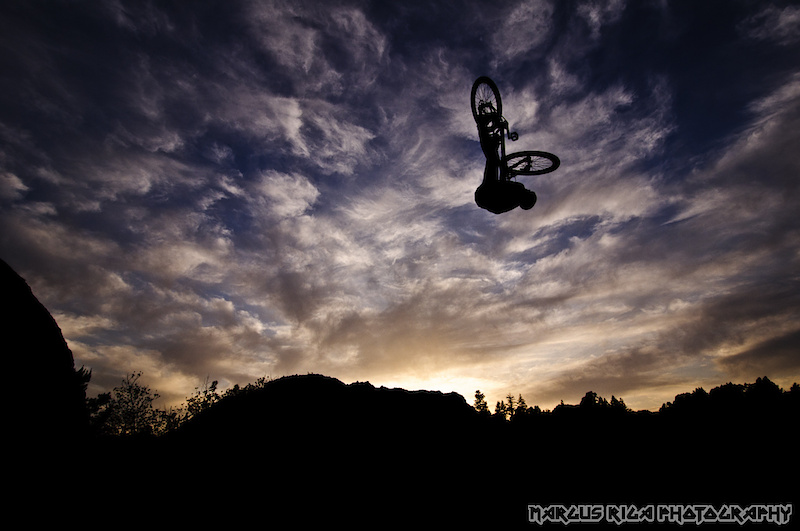 Big thanks to Ken Achenback and the Camp of Champions bus for hauling everybody there that night. It's always great when the level gets pushed by the sheer energy of riding with all your bros. 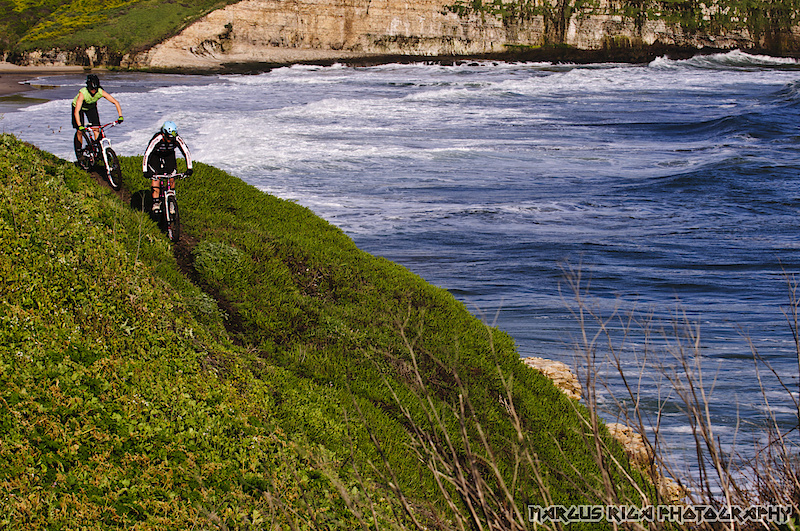 This commercial shoot was wild on so many levels. I got Poison Oak for this shot, and later during the shoot we got a double rainbow, with singletrack overlooking a stormy ocean, with the most intense sunset, and Seagulls flying all around us. Plus, it was Sabrina Jonnier and Katy Holden...likely two of the top women in the sport. Santa Cruz, California rocks. 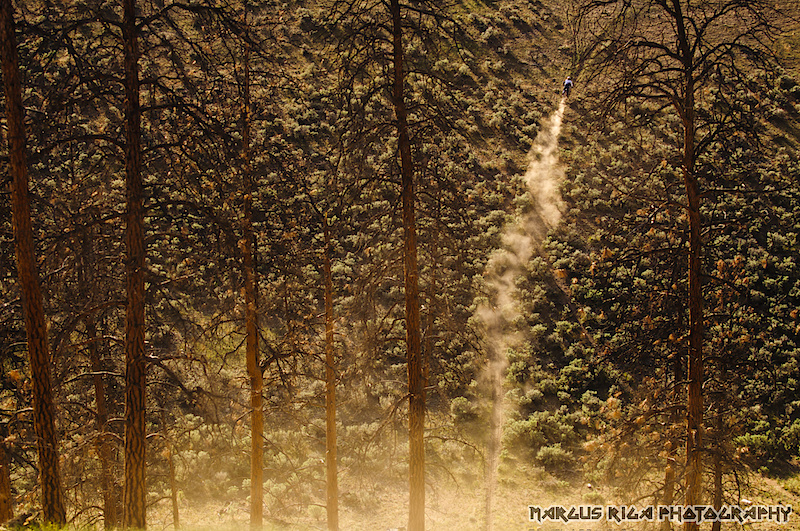 Back in BC, some land speed records got broken. Chayse Marshall lighting it up, doing like 80km/h coming out of this chute. Sounds easy, but you try not tapping your brakes down this five-hundred-foot, forty-degree pitch in Savona, BC. 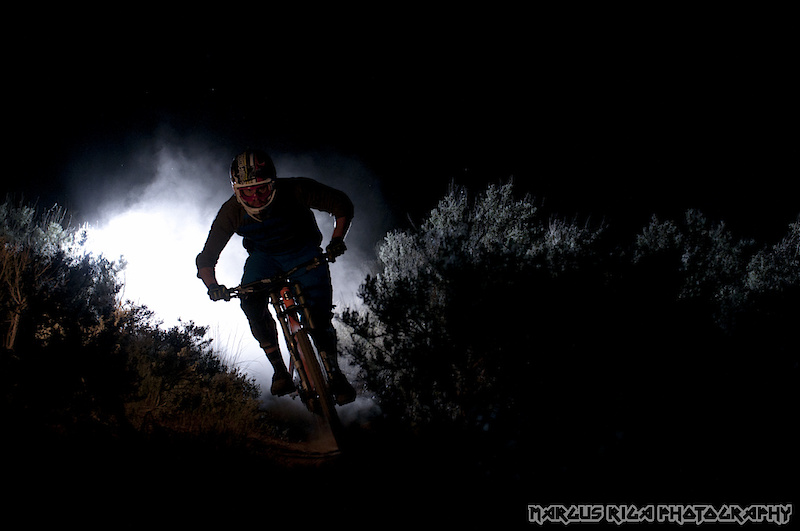 This is the same line as above, shot from the bottom. Al Crisp was basically riding by braille at this point. I bet he was super stoked to have my lights blinding him even more. 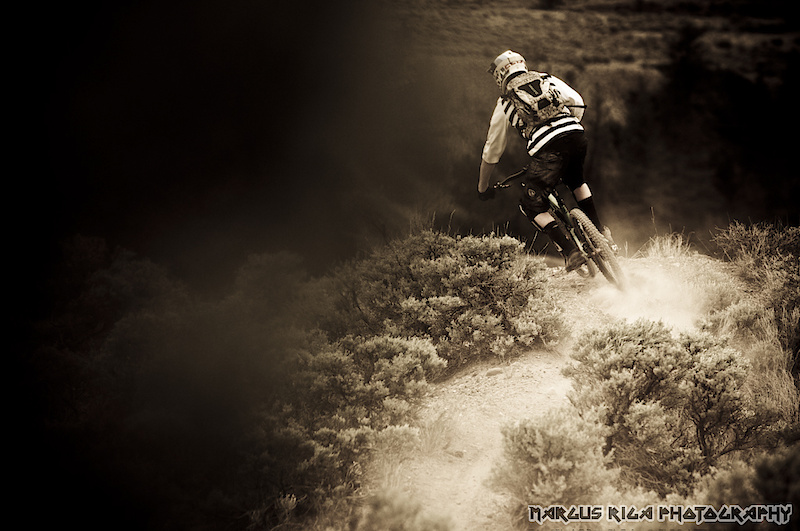 I love shooting in the desert. I think it's because it's usually really dry and the smoke trails are wild. Ross Measures smoking one up for the cameras. 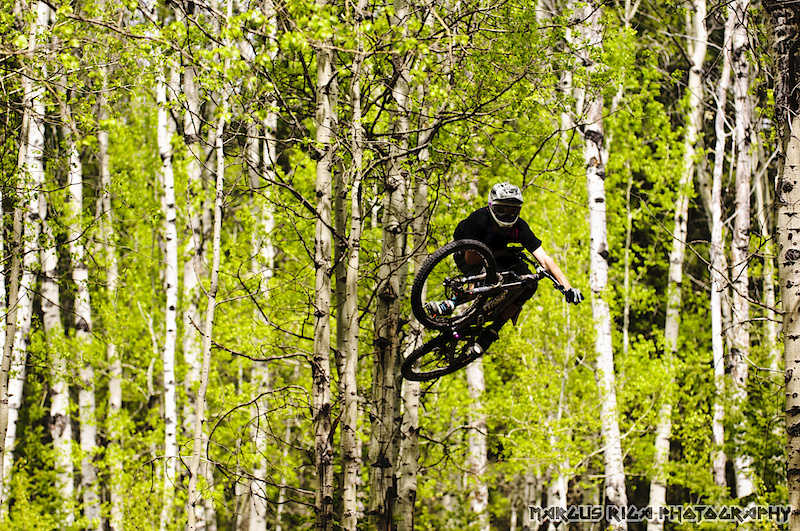 Williams Lake BC is amazing on so many levels. Mainly because there are so many levels of riding here. James Doerfling, playing amongst the Aspens. Hard to believe, not more than twenty minutes before this shot was taken, we were scoping a fifteen-hundred-foot, big mountain scree chute. 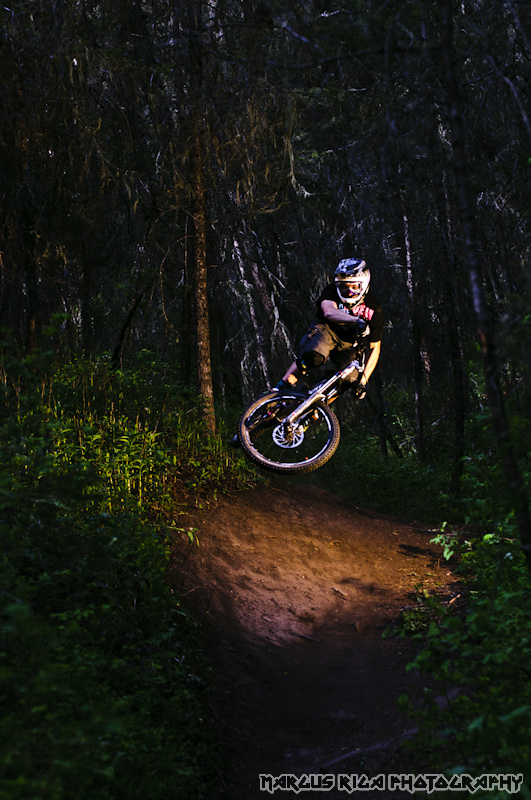 And two hours after the shot in the Aspens, we were hammering corners on some of the smoothest singletrack anywhere. 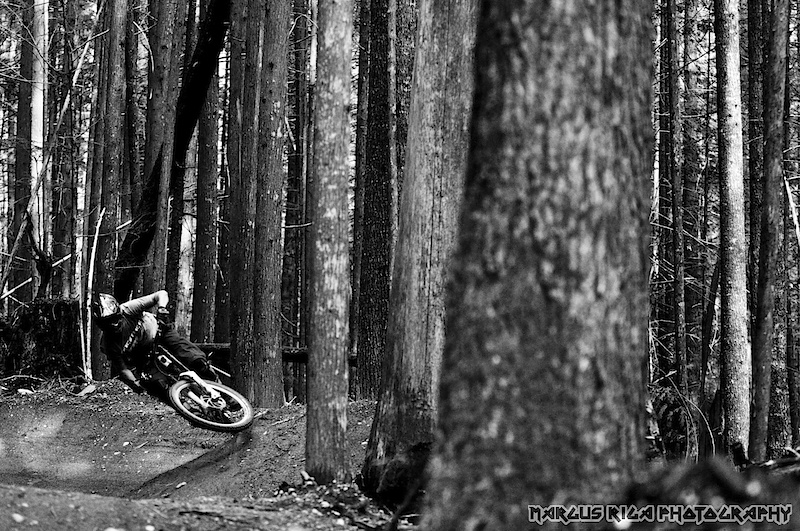 Cory Leclerc, a Williams Lake native, tests out the world's longest pumptrack in Squamish, BC. Like Cory, a lot of heavies are making the move to live in Squamish. Who would have thought that a mountain/ocean town in between Whistler and Vancouver could become so popular. For many, Squamish just makes sense. 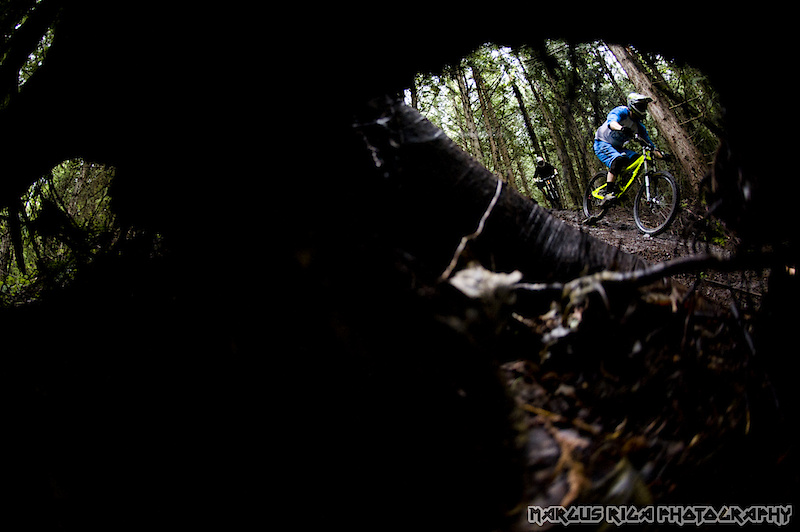 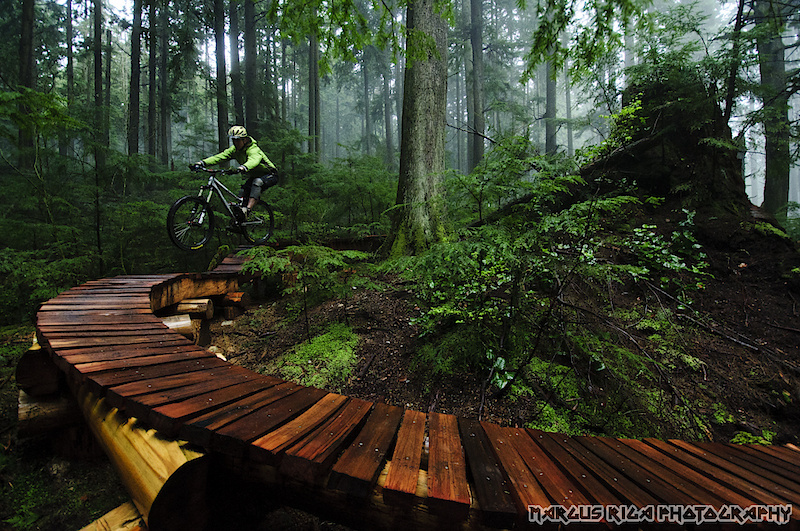 The North Shore in Vancouver is going through some big changes. The city took over much of the old school classic trails, then hired some of the people they were trying to bust for so many years for building "illegal trails", and had them replace all the old woodwork and stunts with bigger, better-built, burlier stunts. All hail Digger, and buy his movie...consider it a thank you, high five to the man who made it all possible. 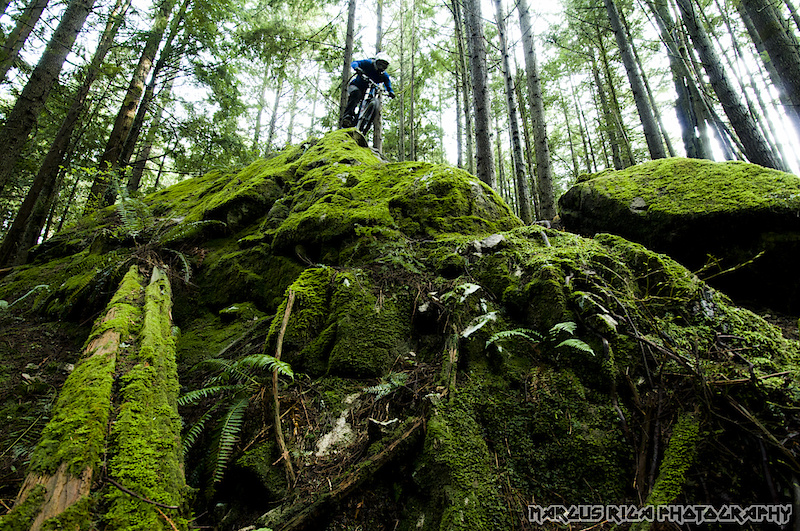 Not all the trails are being re-done however. There's also a new movement on the Shore, and its name is LOAM.
Here's to the New Year. Stay tuned for part 2 in a few days!

swan3609 (Feb 4, 2011 at 0:50)
Every picture in there deserves POD.. they are all soo crisp.. nice work.. and I guess I need to make my way to Williams lake sometime..everyone says its sick and your pictures are telling me the same.

ship-it-fed-ex (Feb 7, 2011 at 20:12)
Like to give respect to where its due Todd (Digger) has put thousands of hours building trails for all of us to enjoy on the North Shore buy NSX 10 " The Final Dig " and support the trails. Also would like to say that those pictures are taken on Immonator and props have to go to Rob Hlus for building Immonator and Natural High hes put in a ton of time restoring haggered rickety structures with beautiful works of art thanks to these guys and the rest of the hard working trail builders, amazing shots Margus they are amazing!!!

dirtbagluvin (Feb 8, 2011 at 13:56)
I'm glad you threw that out there!! NS stunts and Ryan Berrecloth don't normally go together in my head......BUT he likely builds the best HIDDEN stunts. I'd love to go riding with those guys and get to hit Dr. Greenthumb, etc.