When Emrah Ozbay first invited me to Turkey, I had no idea what to expect. I saw some photos and video on social media, and the Erciyes Bike Park looked like an interesting project. Building a bike park in a place completely off the radar? I had to see it for myself. I invited my good friend Mason Mashon, photographer Bruno Long, and videographer Max Berkowitz. We were all ready for this random and awesome Turkish adventure! After a little more research and getting to know Emrah more, I was intrigued by his passion for trail building and love for the sport. Not only is he a talented trail builder, but he is also the only trail builder. He's extremely passionate about putting Turkey in the spotlight.

We spent the first week of our trip in Kayseri and the Erciyes Bike Park. Erciyes is a newly opened bike park with only one trail builder, so there’s really only one downhill trail. We wanted to give back to the park, so we set out on a mission to build some extra features.

Between all of us, we built a hip jump and a couple of side hits in two days. This beautiful location has huge potential; I can’t wait to see how it develops over the next couple years. 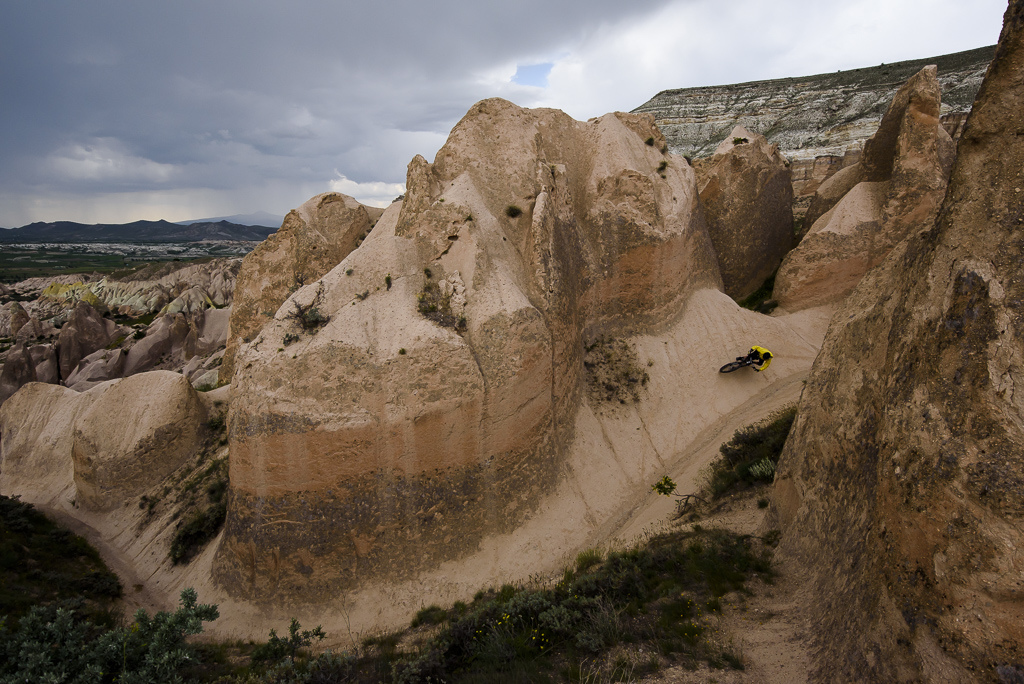 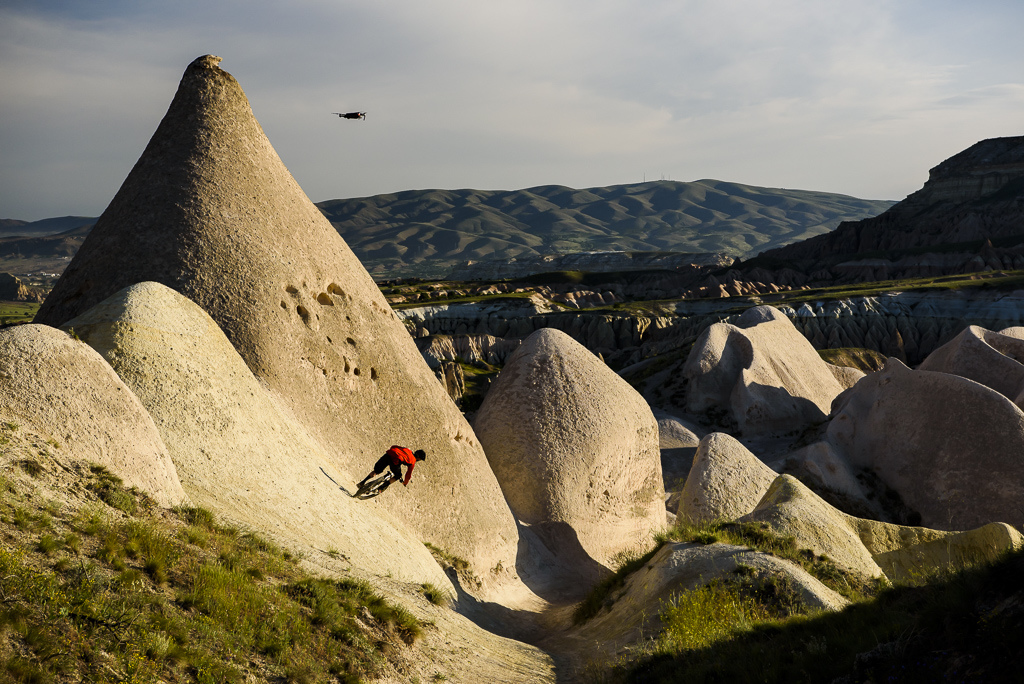 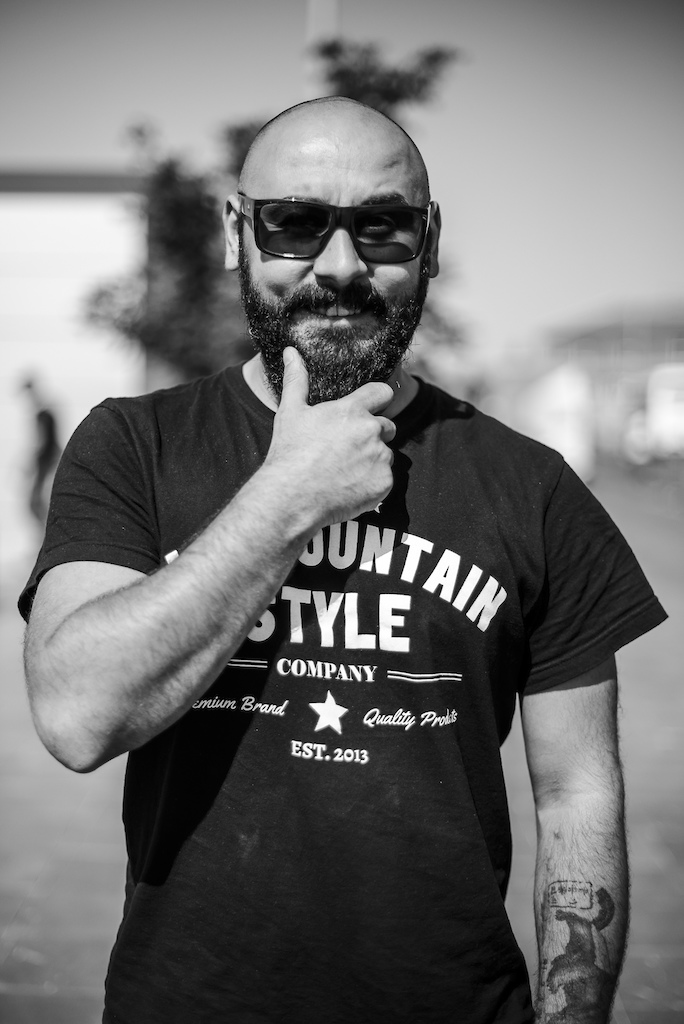 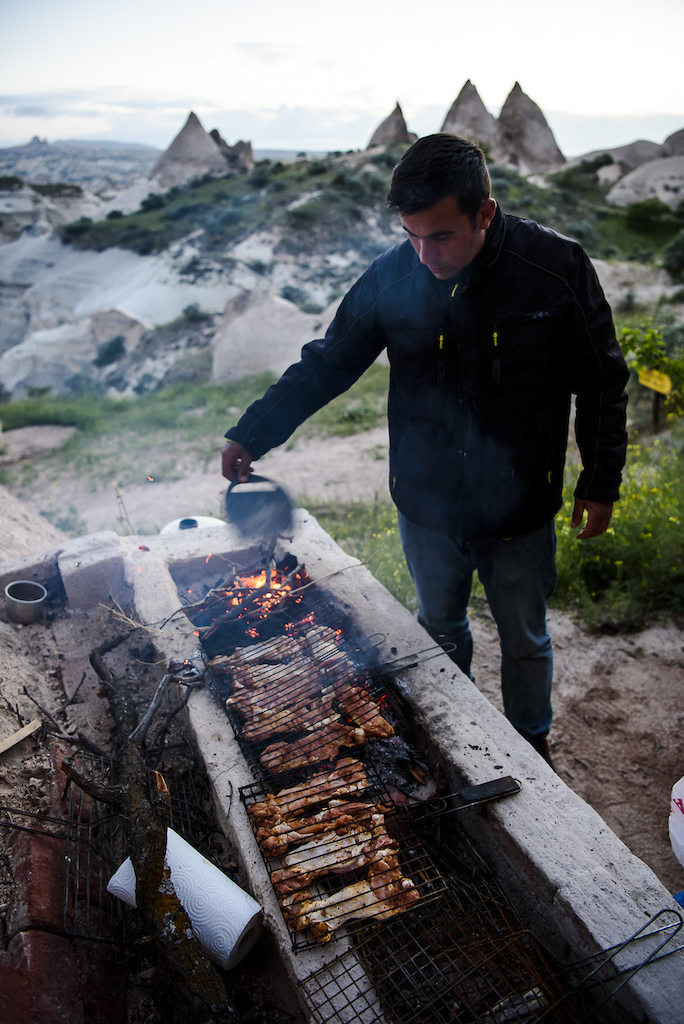 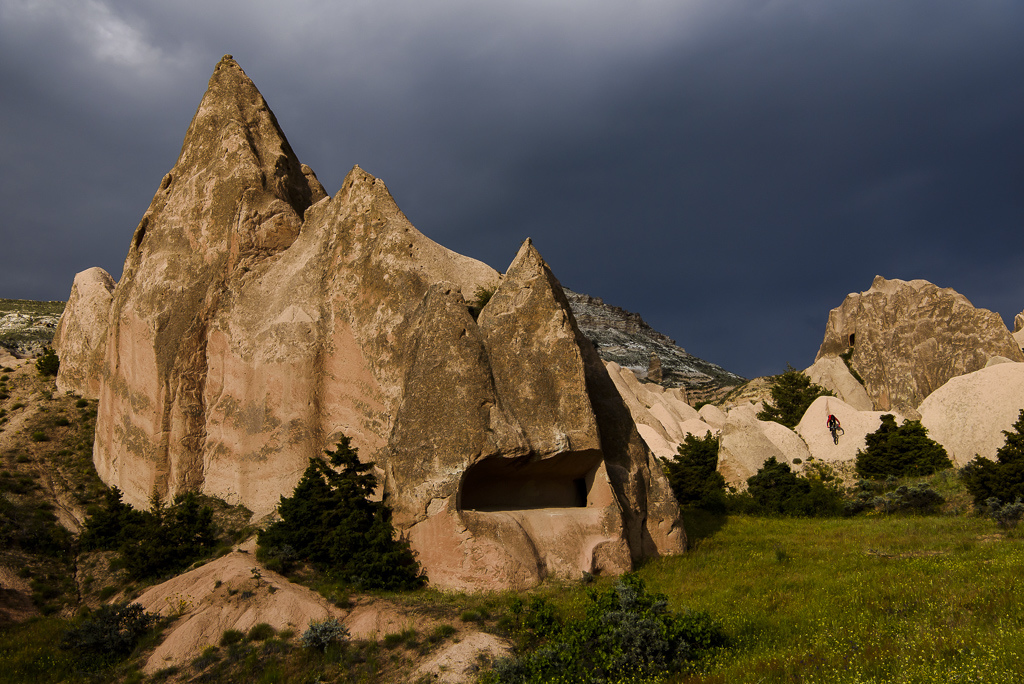 Once all our sessions at Erciyes wrapped up, it was time to finally experience the Cappadocian region. The riding here was unbelievable! The landscape is filled with unique sandstone formations and natural turns you can hit at full speed. Ripping through the erosion-shaped landscape of the Goreme valley, while being surrounded by ancient churches and dwellings, was a pretty surreal feeling. All the human creations packed into this region are as equally impressive as the landscape. There’s so much rich culture and history here. 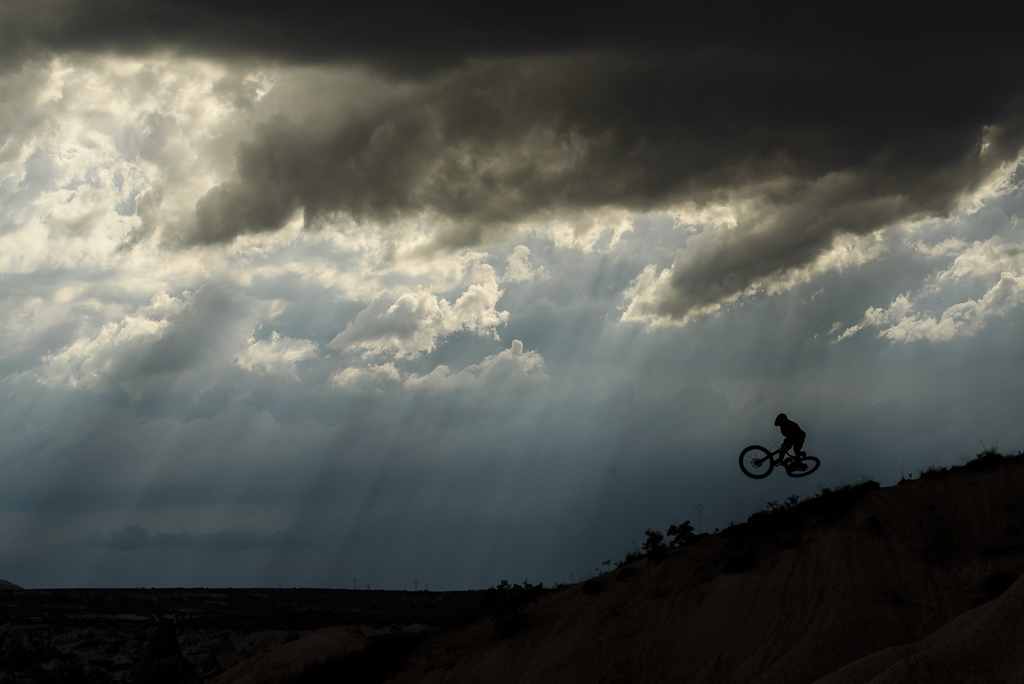 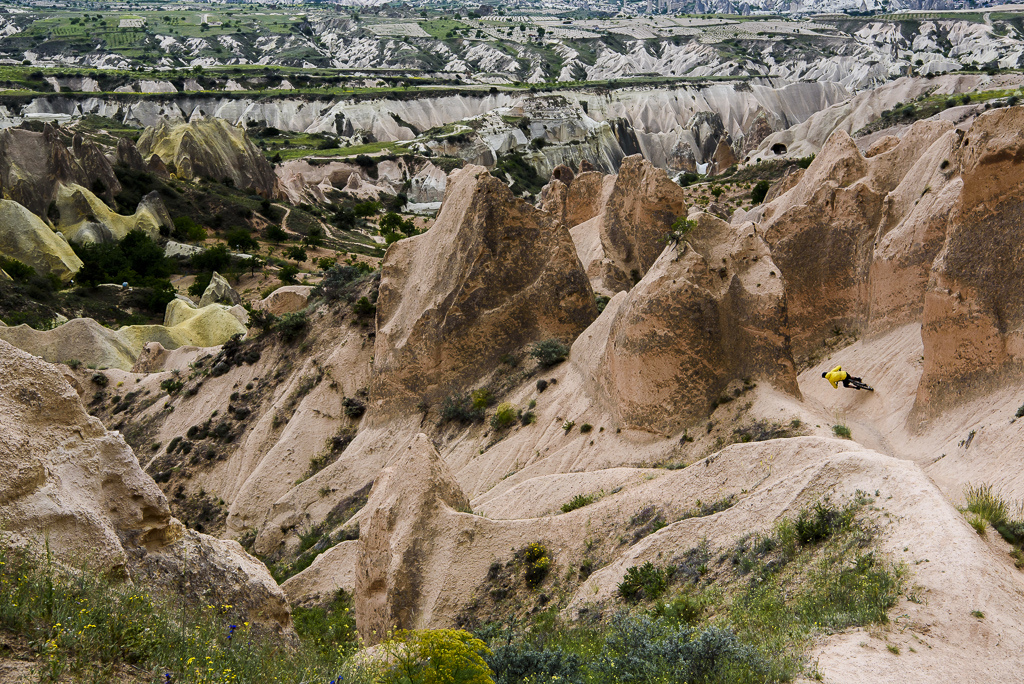 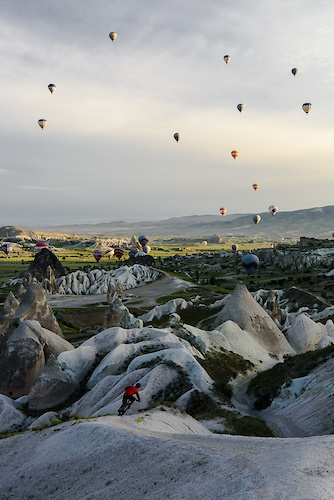 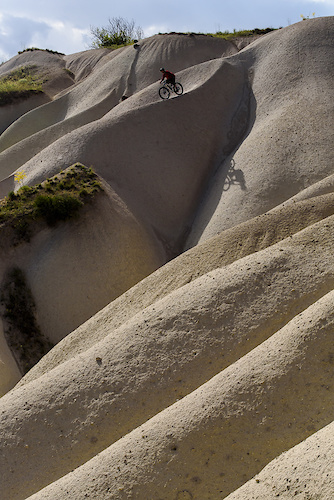 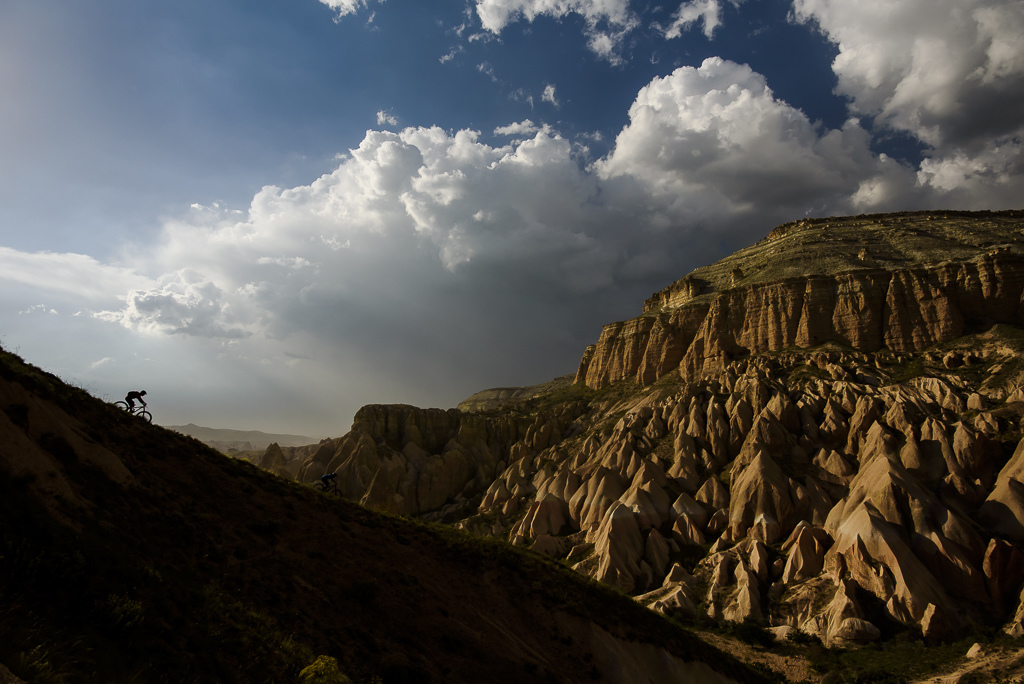 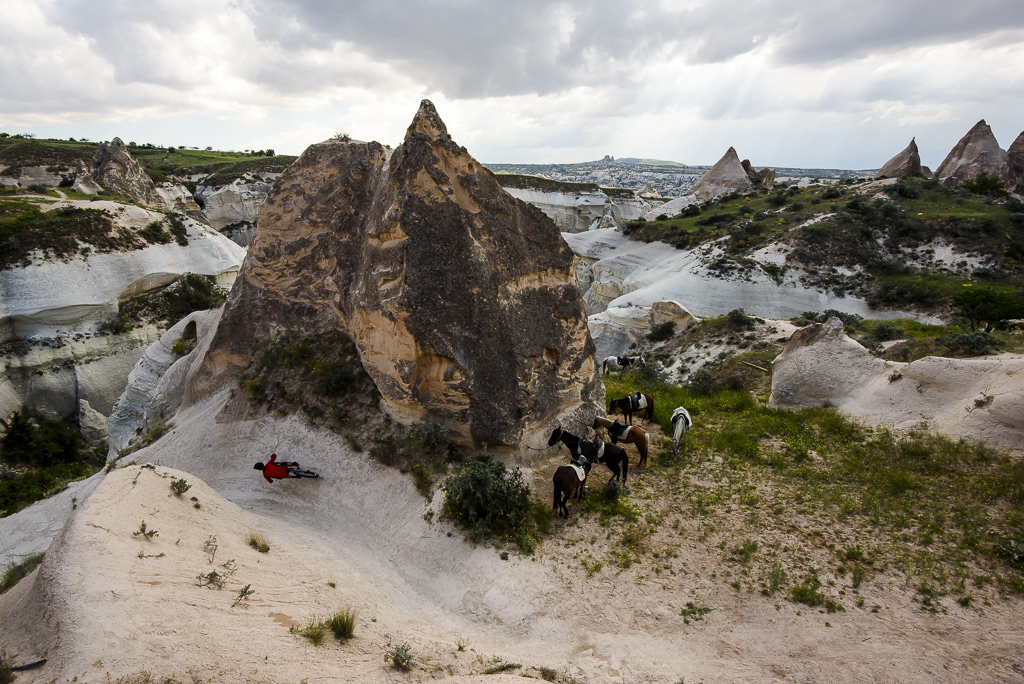 For a few nights in a row, we camped out in an ancient winemaking cave. We were roughing it by sleeping on the ground, but our host cooked up delicious traditional Turkish meals for us every night. This became our home base for the next three days as we explored mainly around Red Valley. Every morning we were up by 3:30 am in hopes to catch the hot air balloons rise in golden light. Their take-off points are dependent on the winds, so this became a huge challenge for us to figure out what ridges to hike up. Although we didn’t get the perfect shot, we were still appreciative for every second of it. Watching over 100 balloons take off at the same time is a pretty spectacular scene—one morning we even got to ride in one! 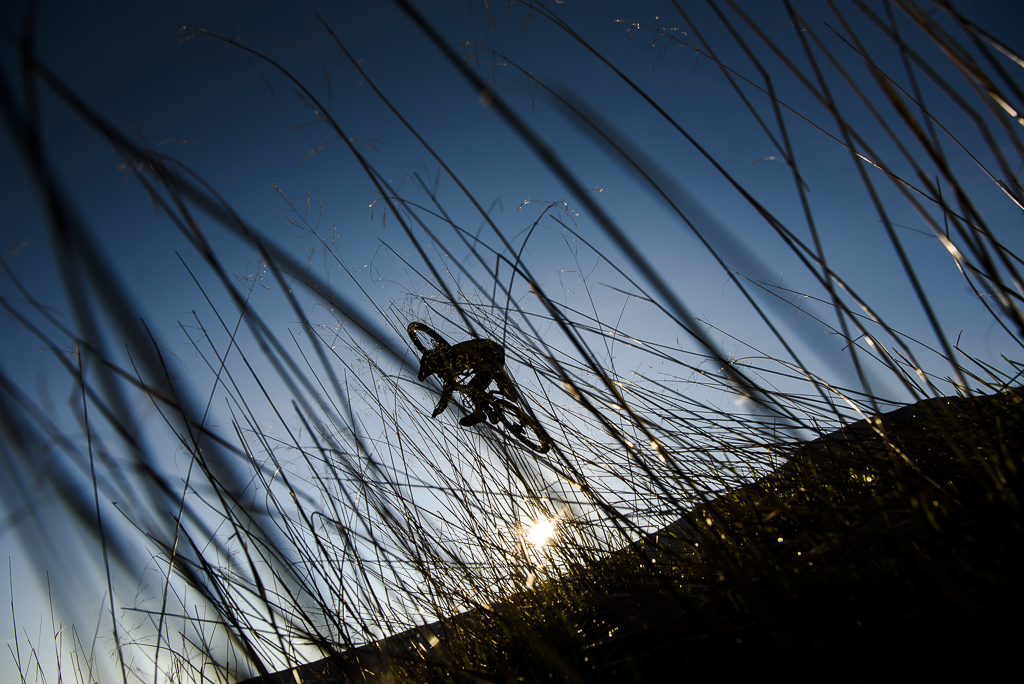 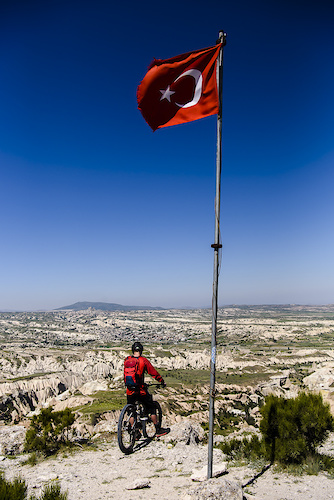 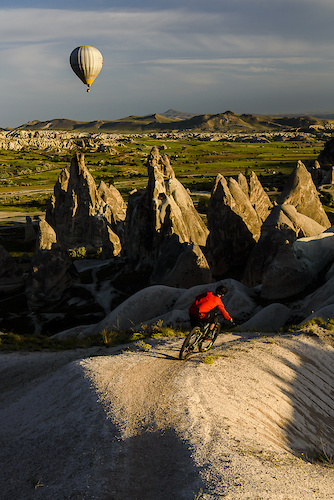 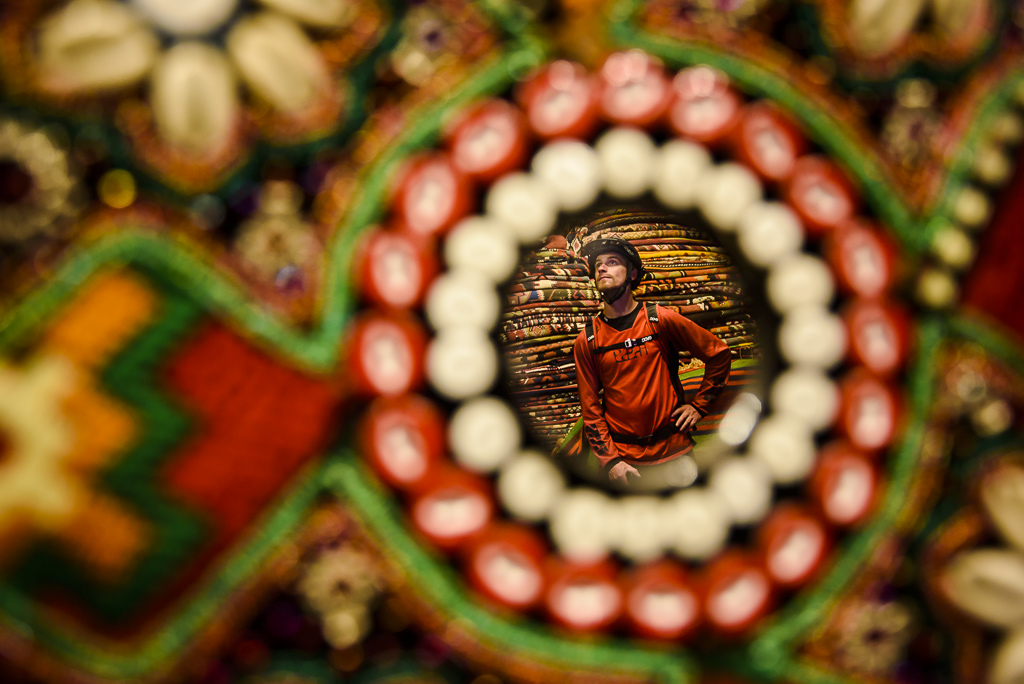 This trip was a fun way to give mountain biking in Turkey some recognition and experience some of the amazing natural terrain in this region. Between the iconic Cappadocia and the Erciyes Bike Park, our crew had an epic time on bikes! 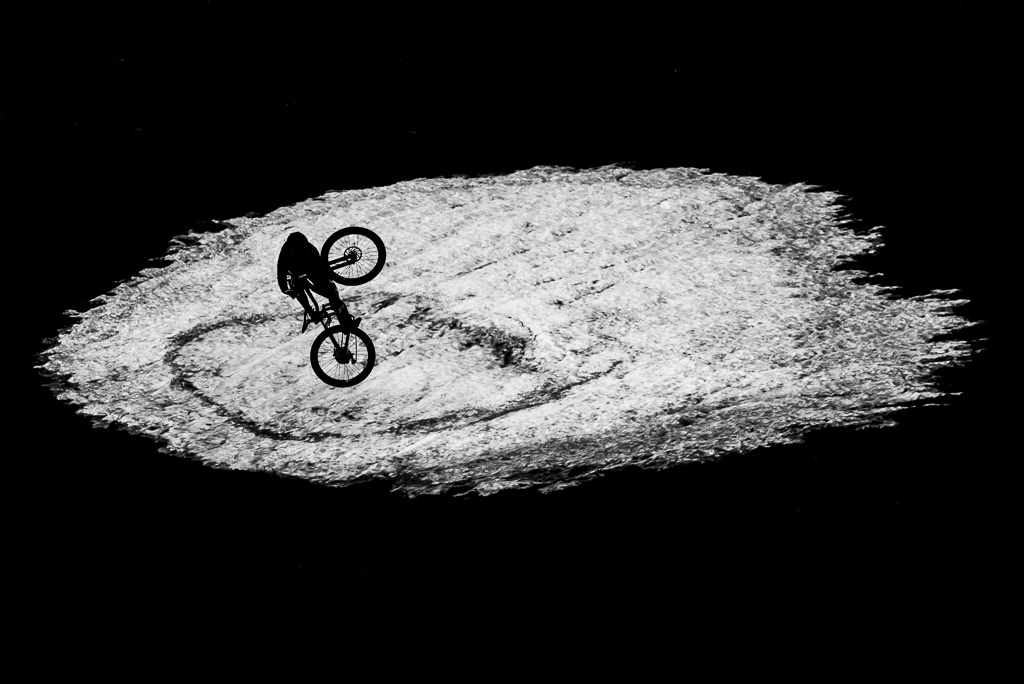 emrahozbay (Jan 2, 2018 at 22:01)
I so honored to see my self in this article. It was massive trip for all of us, Mark, Mason, Max, Bruno and our side my little brother and Mudfolks team did their best.. Hope you enjoy guys.. If anyone want to come ErciyesBikePark and Cappadocia let me know

CaRaBeeN (Jan 4, 2018 at 10:44)
Congrats for your efforts @emrahozbay , you try hard to bring mtb scene up high level indeed. We as your hometown fellows will pay a visit hopefully.

emrahozbay (Jan 5, 2018 at 8:52)
@CaRaBeeN: hey mate =) thx for your kind words.. I hope Ill bring more rider from global to see our possiblities and our perfect nature.. My focus make better MTB community in our country.. =) THX guys from start =)

suspended-flesh (Jan 2, 2018 at 11:59)
The beer bottle placement was very subtle, but allayed my fears that there may not be an available supply. My family took me camping all over Türkiye by van when I was a kid, decades ago, and I must return.......looks Cappadocious. Sağlığınıza!!!

smokenhq (Jan 2, 2018 at 12:58)
I had a very memorable Christmas in Cappadocia a few years back. That place has some of the most amazing landscape and terrain that I've had the pleasure of experiencing. I remember walking around thinking if only I had a MTB with me. This superbly shot vid brought back some great memories.

lake-st (Jan 2, 2018 at 13:19)
I did the same thing and said the same if only I had a bike, we toured a good bit of Turkey Cappadocia was by far the strangest spot, we slept in a cave as well but it had a queensize bed full bathroom ,carpets and lights.

PS: the only place I couldn't buy beer was Konya. Super country with very nice people, I hope they can get more bike trails.

mountainbikerfisher (Jan 2, 2018 at 15:23)
I've said it before and I'll say it again; Turkey is a hidden gem for all kinds of great outdoor activities. So stoked to see more epic biking here and AMAZING work by the film crew/riders for this vid.

mtb-thetown (Jan 2, 2018 at 17:34)
I visited Cappadocia Turkey a few summers ago and it was magnificent. At the time, the mountain biking never crossed my mind because it was over 100 degrees out! This looks awesome, if you do like they did and picked the right season for it

nzstormer (Jan 2, 2018 at 11:43)
Can I request regular updates on this place? It's not worth making the trip for one or two trails, but that terrain looks awesome and has the makings of something special in the years to come.

boxxerace (Jan 2, 2018 at 12:02)
With Christmas & New Years now past, this outstanding trip to Turkey is something to be Thankful for! Outstanding short film with some stunning visuals!

greg1 (Jan 2, 2018 at 17:13)
Am I missing something? Loved the vid but Alvin, Theodore and the third Chipmunk weren’t having their best day on the sound track.

Klainmeister (Jan 3, 2018 at 5:45)
Wow! Excellent work! It's kinda amazing how much that looks like New Mexico (Balloon Fiesta and Tent Rocks)...now I gotta go explore some lines....

AnthonyQDJ (Jan 2, 2018 at 18:21)
Oh dear laddie sir, I'm afraid the comma goes before the space, and no comma is necessary before the last noun! Now let's drink that one away with fine teas and spices pillaged from natives in the Far East, shall we mate?