Join Pinkbike  Login
74 Comments
Maxime Marotte, Luca Braidot and Martina Berta have joined the Santa Cruz FSA team for the 2021 season. Amid speculation that a new Santa Cruz team would be born in time for the Olympics, the Californian brand instead has injected some star power into a team that has largely been supporting up and coming Italian riders for the past two seasons. 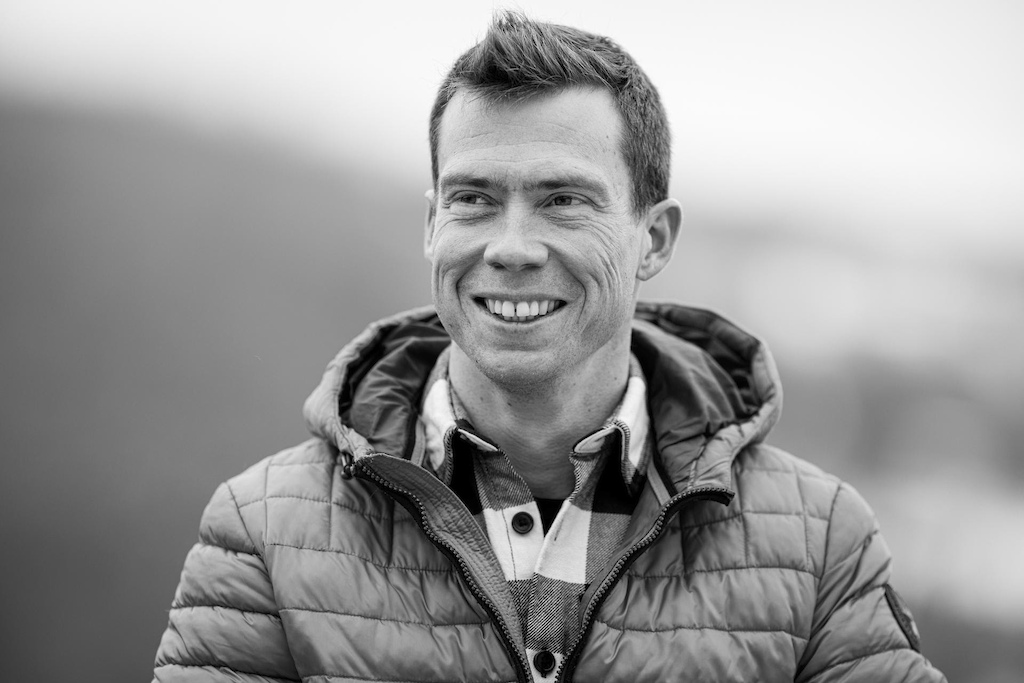 Frenchman Maxime Marotte joins the team after four seasons of racing for Cannondale Factory Racing. A regular on the World Cup podium, he's a strong medal threat at this year's Olympic event as he proved with his second place in Nove Mesto earlier this year. He's also the first non-Italian rider on this team since it has been sponsored by Santa Cruz, which may give some hints to its expanded ambitions for the years ahead.

Luca Braidot, the Italian champion, is ranked sixth in the UCI rankings and finished third at the Tokyo test event in 2019. He also has two Elite World Cup podiums and finished fourth at the World Championships in Leogang this year. He makes his first-ever team move after racing for all of his career for the Centro Sportivo Carabinieri team on Olympia Bikes. 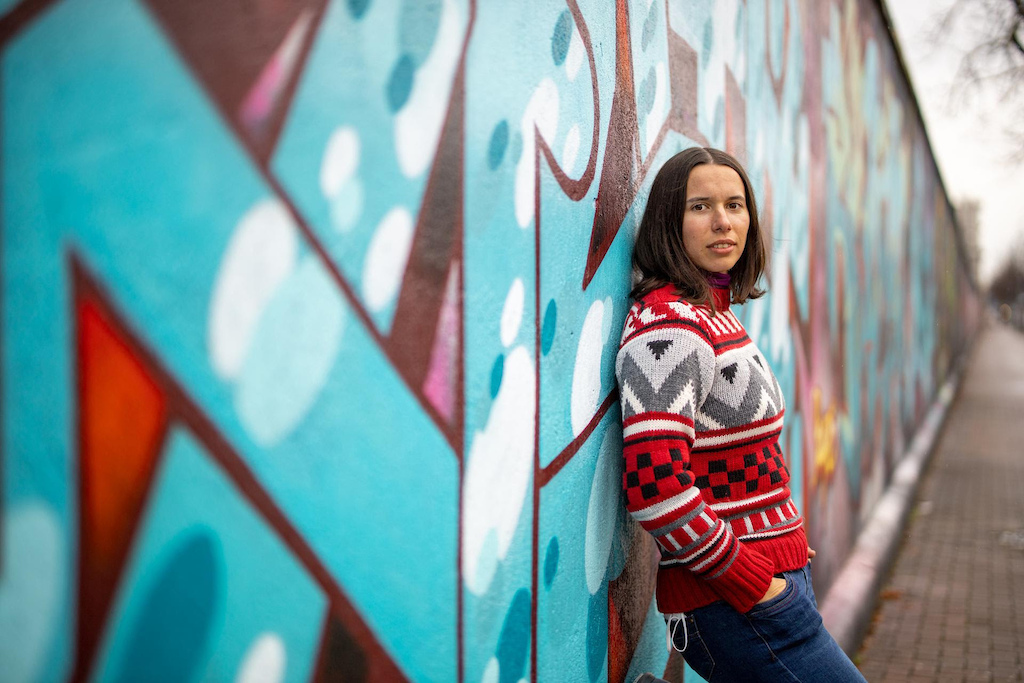 The final new recruit to the team is Martina Berta, a former junior World Champion who also won a U23 World Cup in 2019. She joins for her second elite season and will be looking to climb up the ranks as she finds her feet at the top level. 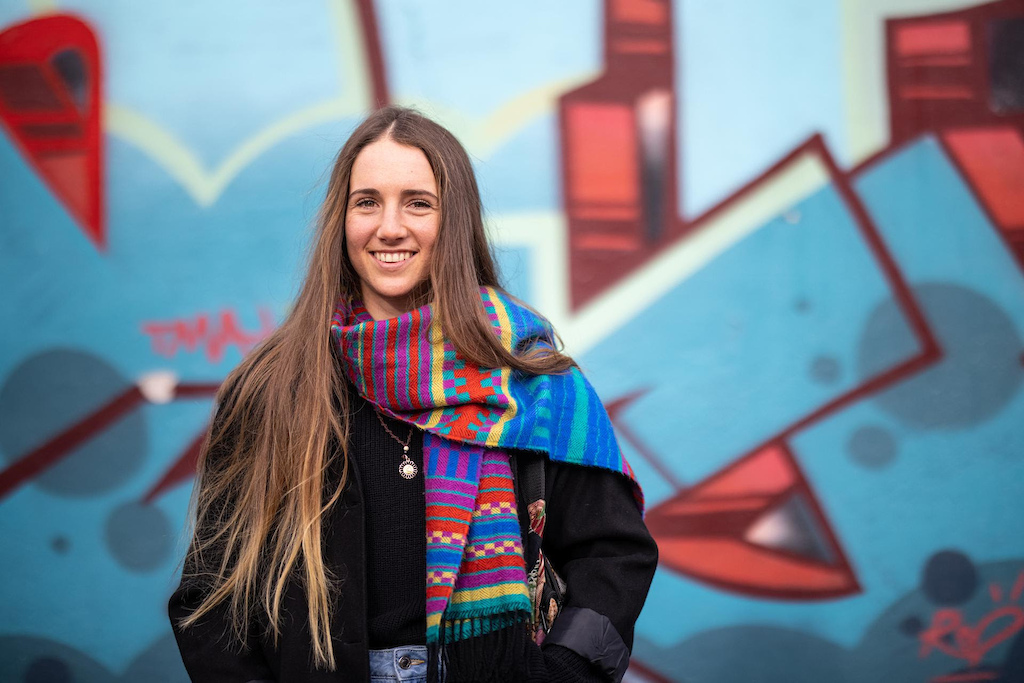 The final face on the team is Greta Seiwald, the only member of the team carried over from 2020.

Or will that be Santa Cruz's entry into the lightweight ebike realm following in the footsteps of the other single pivots?

ceecee (Jan 4, 2021 at 8:12)
Fight like a brave, smile like a Flowtron. FSA, inspired by...boats. California-style back wheel loves moves to the fore. I don't know if I need a translator or an interpreter

Zuman (Jan 4, 2021 at 13:59)
I hope that's not the reason they signed Vero, i hope they invest on her video parts and riding project. But kind of suspect now with that kind of marketing jargon, those are coming from santa cruz head office.

Pete-Fountaine (Jan 4, 2021 at 14:49)
@Zuman: Looks like that statement came from the Italians that manage the Santa Cruz-FSA team not Santa Cruz and might have been lost in translation. Santa Cruz wouldn't say anything as cringe as that.

Wearsmybike (Jan 5, 2021 at 5:41)
Yeah, some of these commenters have no idea what they are talking about regarding SC weights. Right now Ive got my blur with sc34,150 dropper, older m60 rims on I9 hydra hubs, with pedals Rekons/forecaster tires and cushcores just over 24lbs. Mine is definitely not a super light build and I could easily get it to 23lbs and maybe even into 22lbs specing a 32sc, m50s or lighter rims with dt Swiss hubs, and lighter race not winter tires.

sofakingwetarded (Jan 5, 2021 at 6:00)
I was lucky enough to get my size Med Blur this year as well. Built it more for trail riding and big distance days(34 Stepcast, 2.4 tires, Dropper post, 11 sp XT) still weighs under 24.2 lbs with pedals. Getting this frame under 23lbs(very competitive weight for World Cup racing) would be easily achievable. But I do agree, this sounds like the time to enter a newer version of the current Blur!

pbayne29 (Jan 6, 2021 at 7:35)
I think the Blur is plenty light and of course it is already raced at the world cup level for at least 2 seasons. The only real way to make it lighter would be to only have a full triangle on one side in the rear and just a strut on one side; look at an Intense, this is basically what they look like. I think the advantage of the system is that is has to be the stiffest rear end on a bike in that category. Bikes like the Epic and Lux and others don't have as much support in the rear. It's a tradeoff, stiffness/weight. The stiffness may pay back the rider with less wasted power and flex. SC also uses bigger pivots/bearings. For the non sponsored racer, this is great since it should creak less and last longer. I can see why a pro rider/mechanic wouldn't care since they will just replace it in a year. So I don't think some frame weight matters when you can put on the same super light wheels, pedals, tires, cranks, etc. where the weight matters a little more.

Lasse2000 (Jan 4, 2021 at 1:35)
Quote from first part: Frenchman Maxime Marotte joins the team from Cannondale Factory Racing. Doesn‘t work with the headline, does it?

my english is not good enough.

franancillotti (Jan 4, 2021 at 3:20)
Really looking forward to seeing how Maxime on a blur handles the world cup tracks. Been trying to get my hands on a large blur for a while now and impossible to get one.

opignonlibre (Jan 4, 2021 at 5:11)
All XC bikes in the WC circuit are pretty much equally capable and it is the riders that makes most of the difference.

Artikay13 (Jan 4, 2021 at 8:37)
Keegan has been more of a US domestic pro it seems, heavier focus on stuff like the Epic Rides series and gravel races and whatnot. I think the only reason he or any US pro does world cups is for the Olympic selection. (Except for Kate obviously)

tacklingdummy (Jan 4, 2021 at 6:24)
Santa Cruz must have a XC bike in the works. Nothing in their lineup is light enough for UCI XC racing.

tacklingdummy (Jan 4, 2021 at 12:22)
@PAmtbiker: 24lbs is still pretty heavy. XC racers are using bikes that are easily in the sub-22lbs for FS and sub-20s for hardtails. The Highball frame is 1140grams vs Scott Scale 969grams. 171grams difference. It may not seem like a lot, but over a entire race the weight is substantial difference when the majority of the time is climbing.

nattyd (Jan 4, 2021 at 12:34)
@tacklingdummy: The Epic HT is now down around 775 g, so the Highball is giving up almost a pound. That means you could run a not-so-light dropper on the Epic with no weight disadvantage.

tacklingdummy (Jan 4, 2021 at 18:33)
@kclw: That is pretty light and competitive. I definitely would not have any problems riding SC bikes if I was getting paid and got free bikes from them. Lol. However, the Scott Spark 100mm frame is 1840 grams and the S-Works Epic frameset: 1869g. If I was racing XC, had to pay for my bike, and they are similarly priced, I'm going with the frame that is a half a pound lighter.

kclw (Jan 4, 2021 at 18:42)
@tacklingdummy: If you were racing and had to pay for your frames you would want one that is going to survive season(s) of training and racing. Don't get me wrong, a super light frame is awesome, but they come at a cost. A cost that is usually crash durability. If you only have one race bike then you need to prioritize durability or lightest weight.

kclw (Jan 5, 2021 at 6:12)
@nattyd: I have had two and never an issue either. Specialize does great work on their carbon fibre bikes. But the simple fact is these new super light XC frames have really thin tubes in places and are vulnerable. If you are racer the probability of your frame surviving a season should be as much of a selection factor (or more) as frame weight.

And let us face it if you are comparing an Epic frame to a Blur frame the weight difference is quite small. 100-200 grams of extra weight is only going to impact your race by 10 seconds at the absolute most.

At least you have good taste in cars. I also have a Mk7 GTI.

TimRidesBikes (Jan 4, 2021 at 6:56)
I guess selling all their bikes, and shipping them with missing parts, has made them a lot of money, enough to build a new team anyway.

PAmtbiker (Jan 4, 2021 at 9:11)
Actually that team has been around for a few years. They definitely injected some more money into it, though.