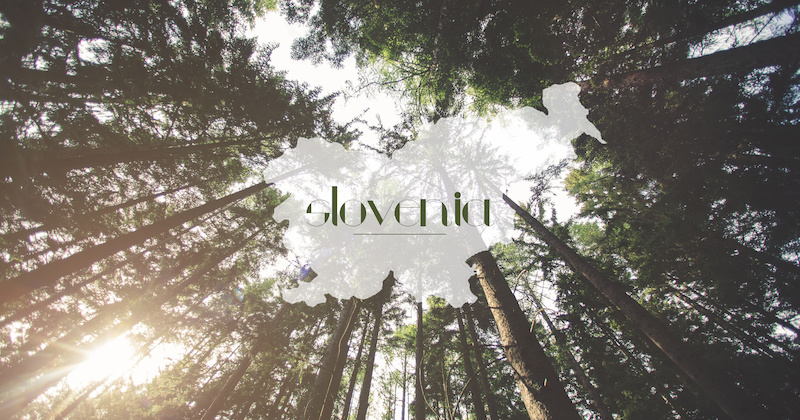 The MIA Santa Cruz team met up with Jon from Ride Slovenia, an Irish MTB guide who has set up over there because of the quality of the trails. Instantly, Maurin Trocello and Aurélien Demailly were amazed by the riding potential that was close to Jon's B&B. Each valley is different from one another and the variety of trails and riding styles is near to infinite. 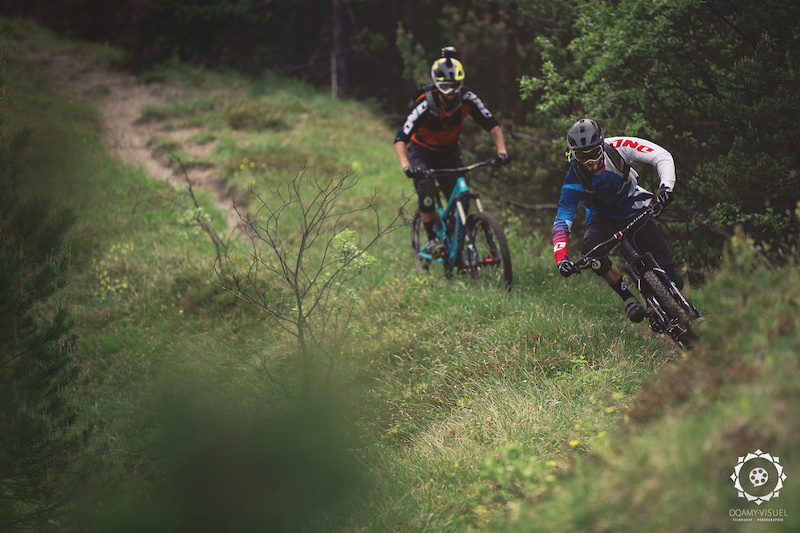 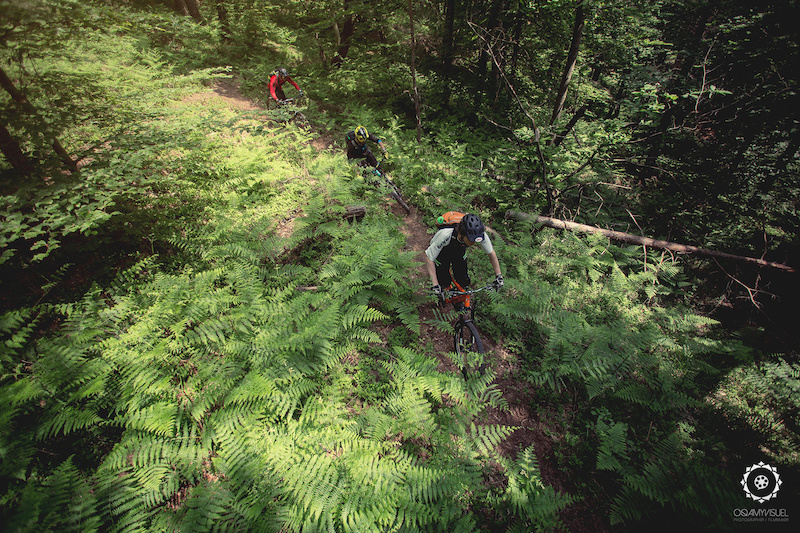 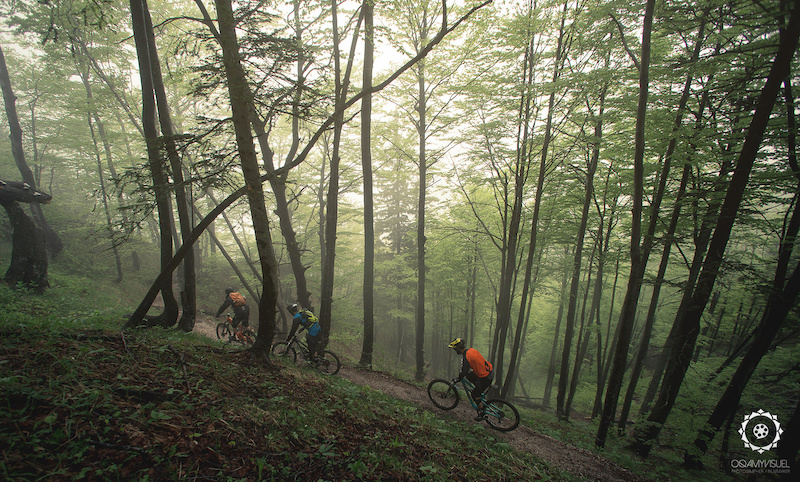 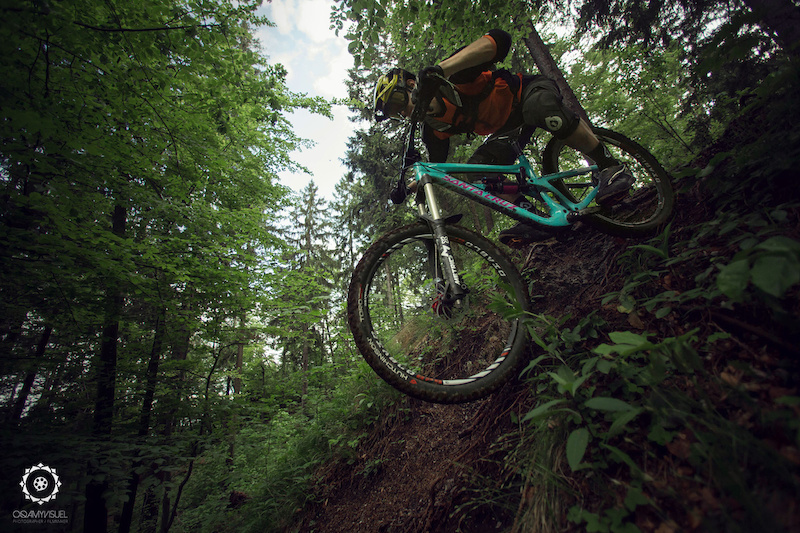 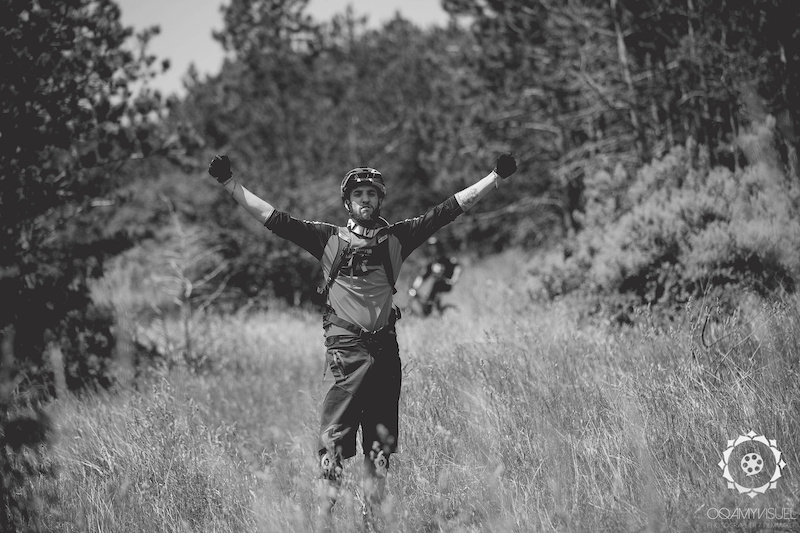 Jon provided uplift and guiding to the MIA Santa Cruz boys in order to show them the best trails Slovenia had to offer. Find more info about Jon's guiding business on his "Ride Slovenia" Facebook page.

Huge thanks obviously go out to Jon for his warm welcome and for the excellent trails he took us to. Thanks also to Antonin from Oqamy Visuel for his great work as a cameraman!

unleash (Jun 20, 2015 at 0:57)
great stuff really enjoyed that ,was a great accompaniment to my morning coffee

manolillommm (Jun 20, 2015 at 1:07)
If u want to see the sickest home track ever u should go to Sopron, Hungary. The local guys there have made their own bike park, with a tough DH track and a super flowy free ride track with amazing jumps. I haven´t seen sth like this in any park...

manolillommm (Jun 20, 2015 at 5:26)
Well, is not as long as this one . But for the length has as much jumps as possible, and really well done, the guys reshape everything every week.
I don´t have much videos from there, and I don´t take all the advantage from that crazy track, but I´ll put sth together.
Here u have a old video from some locals, last time I´ve been there the added some new jumps, so is not like in the video.

In the video they take the DH track so they avoid many jumps.
Where is this place u show in the video? looks really sick.

mentalhead (Jun 20, 2015 at 7:37)
Description I found on Vital says it's in Neuchâtel, Switzerland. Wish I had the skills to hit something like this. I can't imagine how many efforts they put to build it.

Kristo (Jun 20, 2015 at 6:04)
slovenia is an awesome destination for riding.
a lot has been rebuilt from last years glaze that destroyed or changed a lot of trails that were very old and awesome.
the funny thing is, most of the guided tours are basically illegal because almost all trail riding is illegal here

things are changing though. There is no control so you don't need to worry that you'll be fined. If you want to ride legally you can do so in a bike park, fire roads and....tarmac xD

NoCOOak (Jun 20, 2015 at 6:13)
great edit that embodies some main aspects of MTB, adventure, exploration, and ripping trails. Looked they they were on one amazingly long ride.

Will also ask on the Ride Slovenia page. Are there a lot of legitimate legal to ride quality trails in the Julian Alps? Ie of the kind that can be showcased in the type of tourism focused multiparty Pinkbike and TripAdvisor stories we do?

ZigaK13 (Jun 20, 2015 at 12:46)
Basically what Kristo said.
Slovenia has a couple of laws concerning mountain biking in nature.
First there's the ZON (Nature conservation Law) it states that biking is permitted on paths unless the owner of the land or the maintainers of the path forbid it. BUT - it doesn't apply in the forest and on the paths maintained by alpine association of Slovenia. Those 2 areas pretty much cover every single trail there is in Slovenia. So you are allowed to bike everywhere except everywhere

According to the ZG (Forest Law) the penalty for the individual riding mtb in the woods (except roads, fire roads and stuff nobody is interested in riding) is 200-400€, penalty for the company organizing rides is 1500€, plus 500€ for the person in charge. Penalties for violating the ZPlanP (alpine association paths Law) are in the same ballpark.
On the other hand, nobody is enforcing these laws, so individual riding mtb in Slovenia should be fine. A company organizing rides and advertising this on the other hand, well, I wouldn't risk it.
One exception in loose enforcing is the TNP - Triglav national park, where rangers actually do enforce the laws (ZTNP) that are even stricter - apparently they can confiscate your bike. And TNP covers pretty much all of the Julian Alps.

RideSlovenia (Jun 20, 2015 at 14:10)
Lee, The Julian Alps is somewhere we don't cover, partly for the reason that Ziga describes and we have more than enough to go at more locally. The national park is very sensitive to biking and the only place that fines have ever been issued that we have heard of. We are working with landowners to develop our network of trails. Fortunately with recent changes in the law things are only set to improve for mountain biking in Slovenia. But this probably will not cover Julian Alps and other national parks.

jmblur (Jun 20, 2015 at 21:42)
I sadly didn't get to bike in Slovenia when I was there a couple years back, but it's a beautiful place with fantastic people. I would happily live in Ljubljana for the rest of my life.

Food and drink aren't QUITE as good as in many other places in Europe, but they're not far behind - and it's certainly easy to get into Italy (on a helluva fun road, to boot) or Austria should you need a change!

timmy00 (Jun 20, 2015 at 0:24)
Exactly, Slovenia is in "die Mittleuropa" because it was an autonomous region of the Austro-Hungarian Emipre

anyexcusetoride (Jun 20, 2015 at 2:33)
I guess people consider Slovenia more eastern Europe since it used to be part of Yugoslavia, which was linked much more with eastern Europe and Russia/Soviet back in it's day.

timmy00 (Jun 20, 2015 at 4:50)
Yep, Yugoslavia was as East, as Soviet... It's good to read something about the Balcanic version of the socialism and compare it to the communism. I know, it could be hard to distinguish from the distant perspective - probably from UK it still seems to be black&white (or blue&red?)

Whatever, the political system had been changed 25 years ago, and geographically the northern Slovenia are still in the Middle Europe and southern part on the Balcan Peninsula.

tetriss (Jun 20, 2015 at 15:19)
timmy I agree, there is a difference between political and geographical location... Geographically we are supposed to be part of central europe and partly southeastern europe. And politically we were part of eastern block, but that was till year 1948, then we became non aligned state. And the communism was abandoned 25 years ago...

anyexcusetoride (Jun 20, 2015 at 2:29)
Fantastic video, loving some of those drone shots! Just the kind of riding and video I like to see, nice work.

Slovenia is great. It definitely is not "eastern Europe", and just a tiny little bit Yugoslavia.
The trails in the Soca Valley were ok, but not great.

leelau Plus (Jun 20, 2015 at 8:01)
Saso. Do you just happen to like steeper and looser or are there lots of other even narrower faster single trails?

leelau Plus (Jun 20, 2015 at 7:42)
Are you really from Squamish? Most people from there are nice. Or maybe you moved there a year ago and are now a "local"
Post a Comment