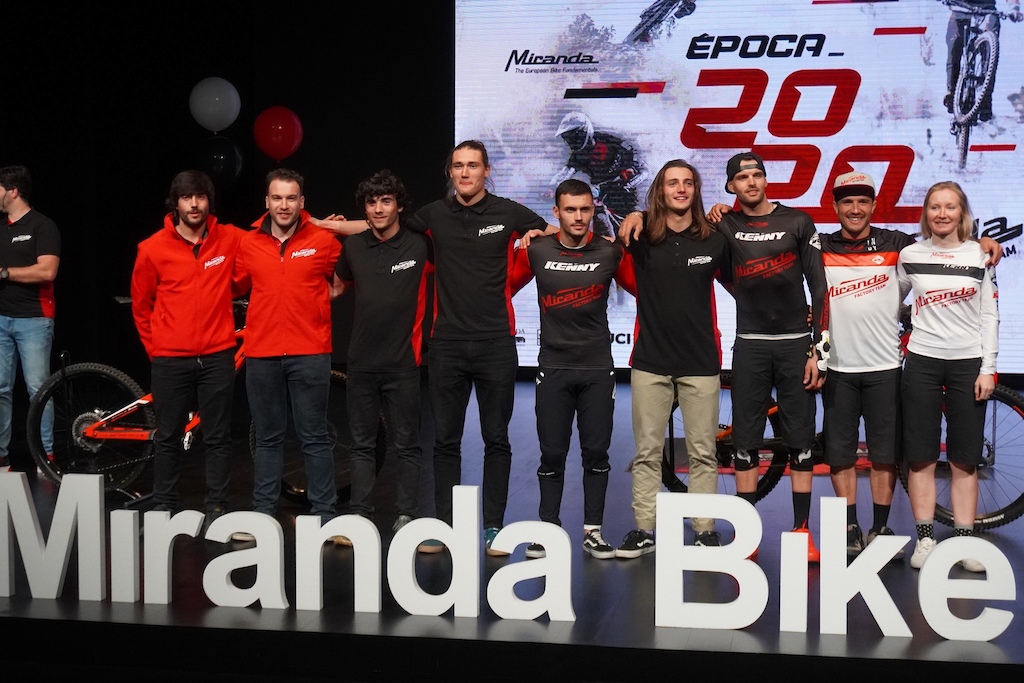 Last Saturday the Miranda Factory Team formation made its official presentation for 2020. The event took place at AAC - Águeda Arts Center, with the presence of the entire Miranda & Irmão administration, partners, press and friends.

With a total of eight athletes, this “dream team” will have a season filled with competitions. This year, the centralization of all Miranda Bike Parts teams (except cycling), the Miranda Factory Team will be present in the following sports: Enduro, E-Bikes, Downhill and XCO / XCM.

The Estonian Maaris Meier is one of the freshmen in this formation. The former Olympic athlete has in her belt around 26 titles from her home country and four in Portugal. Maaris came to Portugal in 2012 and is currently one of the most multifaceted athletes in our country. 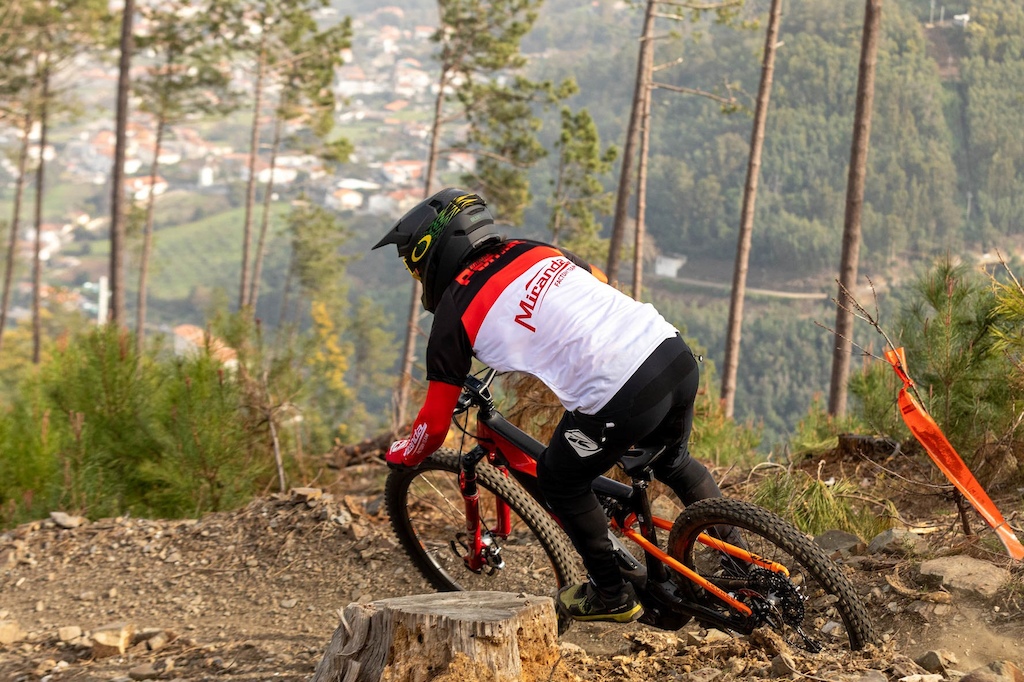 Definitely not a new face in this formation and with an important role in the development of the e-bike segment, we have Emanuel Pombo. The Madeiran has an enviable record (10 national titles) and will be one of the leaders of this formation.

José Borges, now with direct support from the team, will be one of the main athletes in Enduro. Gifted with incredible strength, Borges is a sign of victory and the goal is to win titles for the Águeda’s formation. 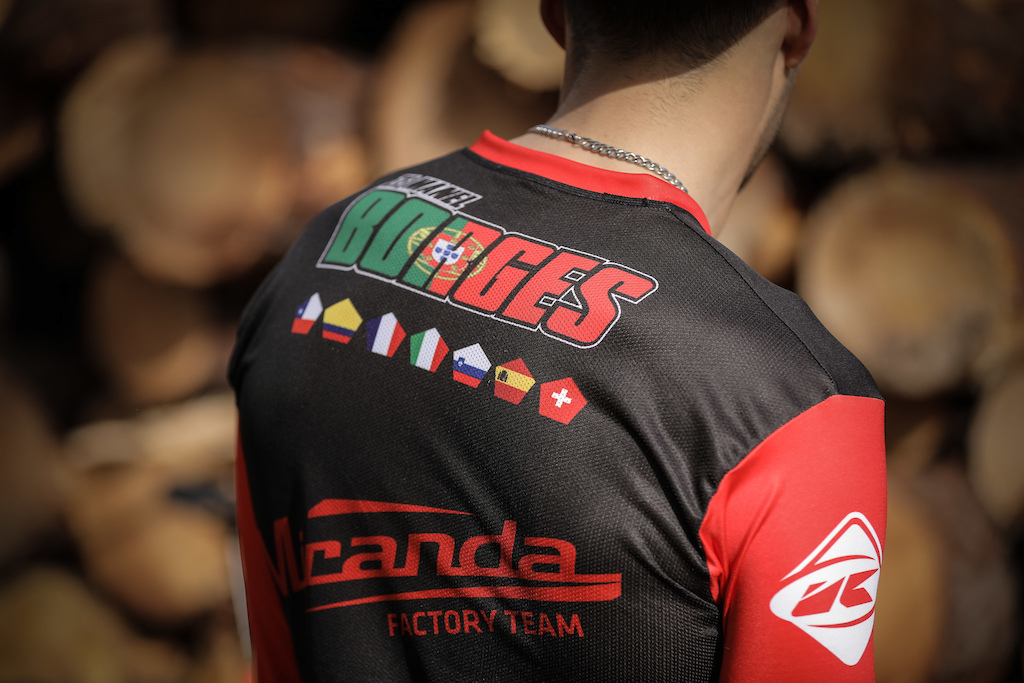 Among the freshmen in this formation, we have Silas Grandy and Nuno Reis. The German who came to Portugal at a young age has been one of the animators of the National Championships in recent years. Reis is the current National Champion and Winner of the Portuguese Downhill Cup in the Cadets class. One of his career’s highlights is the title won at the IXS International.

Renovating for the Miranda Factory Team, we have Gonçalo Bandeira and Tiago Ladeira. The Lousanense - current European Downhill Champion will bet everything on the Downhill Cup and World Championship. To highlight that last year Gonçalo guaranteed, in one of the stages, a brilliant fifth place among the Juniors.

Ladeira will take advantage of all the teachings of his colleagues Pombo and Borges, thus evolving in the specialty of Enduro and e-bikes. Highlight for the title of European Champion of Downhill in Junior class and the bronze medal in the Enduro World Series - U21 class. 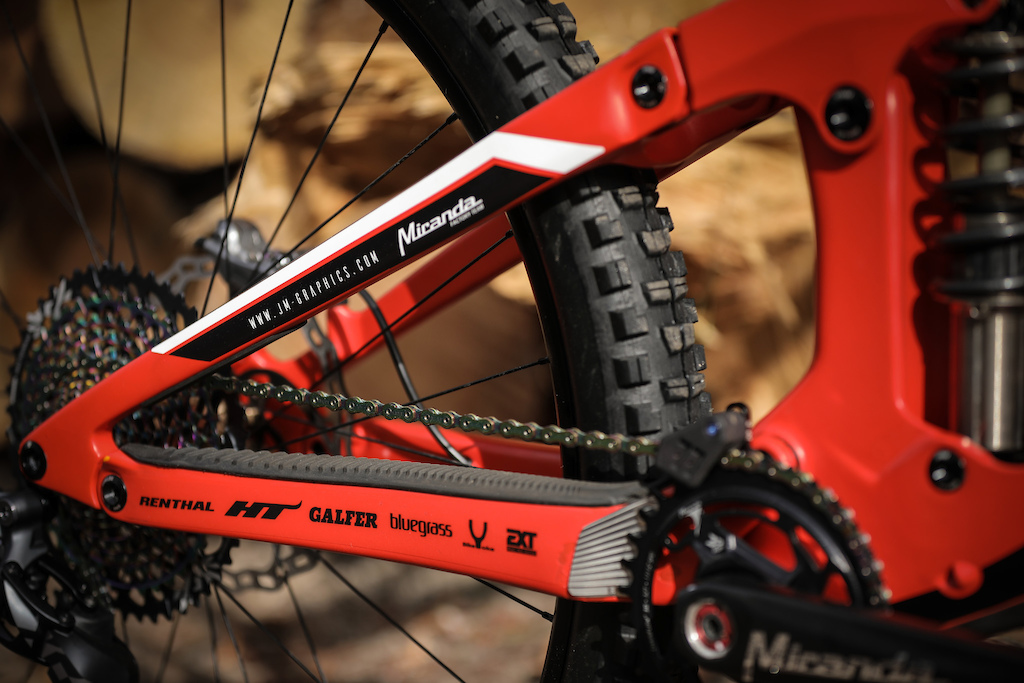 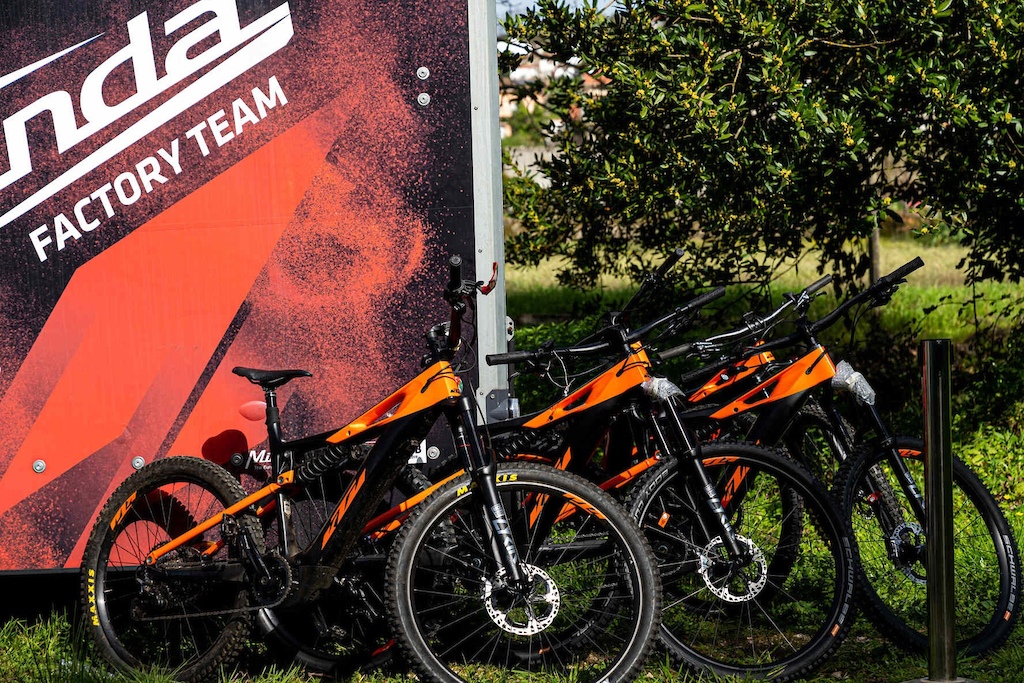 Vasco Bica - former national champion, will be the eighth member of the Miranda Factory Team. In a semi-professional regimen, the athlete is still recovering from an injury, and will have as main focus the National Downhill Championship and some stages of the IXS this season.

At the event, the equipment and bikes that the team will use were also presented. They are KTM Macina Prowler e-bike, Scott Gambler for downhill and Scott Ramson for Enduro, always equipped with the state-of-the-art Miranda Bike Parts components.

The team is already heading this week to Monaco, where it will be present in the first round of the World E-Bikes Series 2020.

This and other info: www.mirandafactoryteam.com

pingntodd (Mar 4, 2020 at 6:07)
I still can't get around an E-bike series......sorry. Makes no sense in a sport that is supposed to be human driven-not motor. I remember when road racing caught people with small electric motors in their BB's. That E-bike series is too weird for me to even consider reading about....wonder if I can filter that out

rrolly (Mar 4, 2020 at 6:36)
I was a full on e-bike rejector. The thought of using a motor on a mountain bike bothered me. I was even further triggered when I was grunting up a steep grade and got passed by one. But over time I see how they can make sense. For me racing them is interesting as long as it incorporates some reasoning for the motor. Either to bring in a strategy for its use or something like that. I'm actually interested as long as it isn't the debacle that that first race was.

pingntodd (Mar 4, 2020 at 18:38)
@rrolly: they are motorbikes....not mtn bikes. And i have friends that use them to carry tools up mtn to do trail work. And A friend with medical condition that can now ride with us again....so there is some upsides to them.....but racing.....will never watch it-ever

savagelake (Mar 4, 2020 at 6:12)
i hear ya. according to their websites, they sell cranks, chainrings and BBs. those few items and they have an 8 person team? or do they sell other stuff in europe?

MeloBikeCO (Mar 4, 2020 at 12:01)
@savagelake:
What's even stranger is that it seems like they only make 4 bolt spider cranksets and chainrings and only GXP bottom brakets.

Then they have alloy and carbon cranks, as well as the bottom brackets and chainrings, both 4 bolt and spiderless