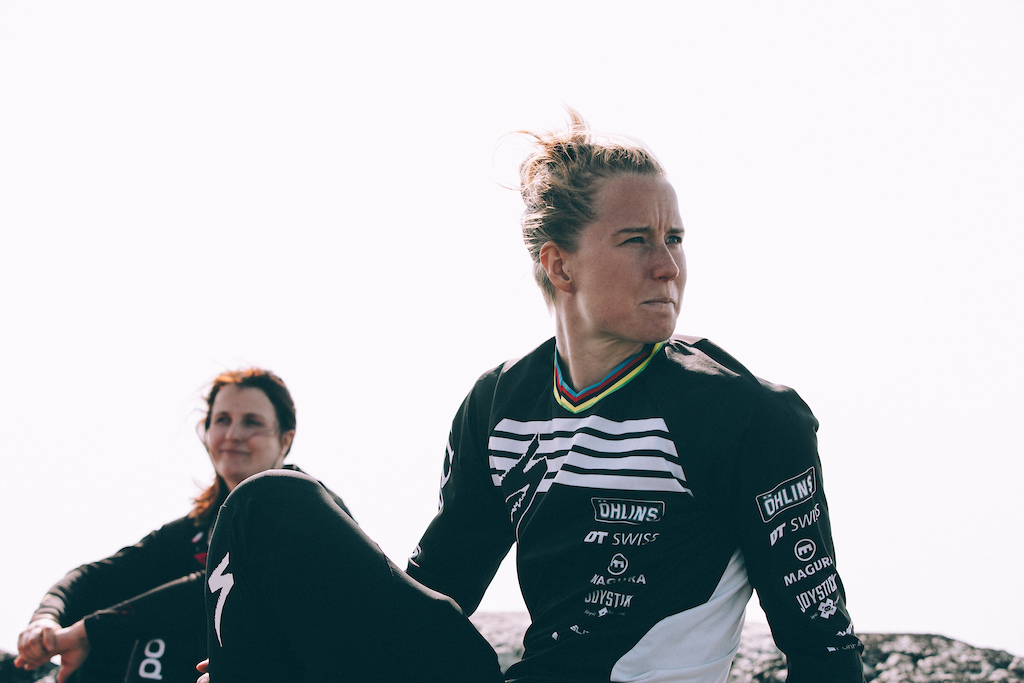 January 1 means contracts are up and announcements will be coming thick and fast in the next few days. First up is Miranda Miller who has announced she will be parting ways with the Specialized Gravity team.

Miranda joined the team for the 2017 season and rewarded them with a World Championships jersey at Cairns later that year. Although her two year stint with the team was blighted with injuries, she was a consistent top ten rider in World Cups and select EWS races. Keep it tuned to Pinkbike for news on where Miranda heads next.

njparider (Jan 1, 2019 at 13:31)
The sport needs more people like Miranda Miller! Wishing you continued success on your new team.

IllestT (Jan 1, 2019 at 13:07)
I've followed Maranda for a long time and will continue to. Always get good, happy vibes from her. I point out her social media and videos to my daughter

davetrumpore (Jan 1, 2019 at 21:05)
@pargolf8: a guy mentions being inspired by a rider and sharing her story with his daughter as a role model, and you find a way to make fun of him over one letter? Stay classy bud.

pargolf8 (Jan 1, 2019 at 22:12) (Below Threshold)
@davetrumpore: its just the internet, relax. So mad lol. Dont get me blackballed with your pinkbike celebrity status. Take it deep, bud

pargolf8 (Jan 2, 2019 at 6:05) (Below Threshold)
@davetrumpore: the dude who i was talking about atleast has a sense of humor. Why are you an asshat? Tough holiday season?

flatpedalsrule (Jan 1, 2019 at 13:01)
I really like her, and I liked her riding for Specialized. But, things must change and I wish her the best in her new adventures! I just hope I get to see her ride-- World Cups or Enduro! Happy New Year All!

NorcalJones (Jan 2, 2019 at 10:35)
Miranda is a class act - she's going to bring that, and the ability to keep the fun of riding bikes in every public comment. If I ran a bike company, she's exactly who I'd want representing the brand. Serious and fun in just the right mix with real personality that shines through in everything she does? Perfect from a sponsors perspective.

thesharkman (Jan 1, 2019 at 22:16)
Miranda and Loic are two of my favorites because of their real personalities and professionalism. It sucks to see them not together anymore. It would be cool if the Syndicate picked up a female rider like Miranda as she has the professionalism they seem to want, but we would have heard that rumor by now. Best of luck, MM!

freeridejerk888 (Jan 1, 2019 at 13:44)
I really hope she has a good season. She's prolly the funniest person in mountian biking sucks she has a season long injury.

Patsplit (Jan 2, 2019 at 10:03)
It must be somewhat stressful to ride for the big S. I get the feeling that if you don't put up some top results consistently, you're out. Granted they are a big company that wants their bike at the top of every sport they touch.

I was surprised they didn't drop Jared before his cancer diagnosis. (Now they'd look kind of bad if they dropped a cancer survivor, especially if he comes back to take a win).

Hopefully, she found a great brand who will fit her, her riding goals, and her amazing personality.

xsky (Jan 4, 2019 at 11:04)
Miranda is great abassodor for our sport and will an major asset to whatever brand she chooses. Represent the Squamish Crew