If you race or ride Enduro in the UK, there is a good chance you will have seen Rob ride - probably past you. A pinner from the Valleys of South Wales, Rob has for the last few years has been riding for Marin. The company has also come on as sponsor of RoostDH for 2016/17, so with this in mind, Rob headed out for a week of winter dust and sun to get up to pace for the 2017 season. If all goes to plan he will have a bit better luck than his 2016 season...

Aspect Media: Who are you , Where are you from, who do you ride for ?

Rob Williams 26 born and live in south Wales. This year I have been riding for Marin bikes, Mojo suspension, Foxhead Europe and Maxxis UK.

I've had some awesome trips this season and ridden some of the best tracks to date, but the racing has been a bit of a nightmare. I’ve had 4 mechanicals ending my race, and a couple of nasty injuries. 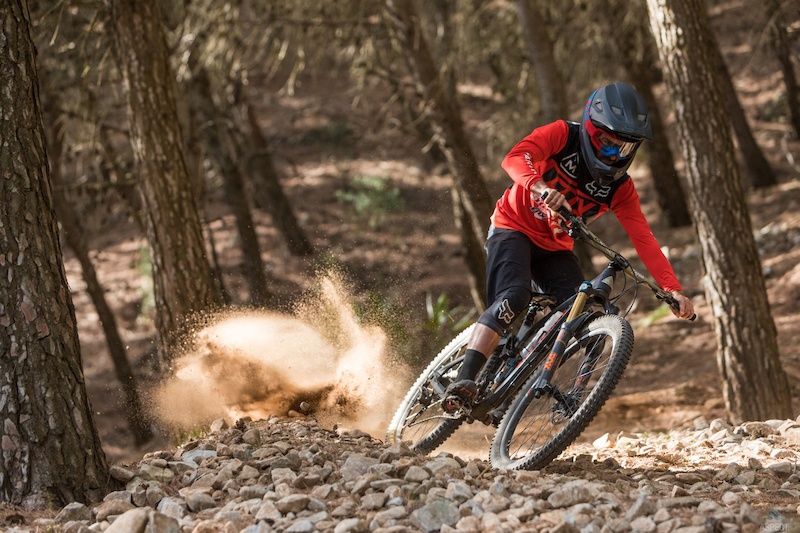 Making the most of the dust and lack of Welsh rain and mud.

Aspect Media: Talk to us about your hill climb and what happened at it?

Yeah in May I fancied doing something a bit different, it was a hill climb knock out race on a 25% gradient over about 1 minute. I thought I could do well and there was a good bit of prize money. The event was going well there was a great atmosphere and I was getting though the rounds quite easily. Then in the semi-final I raced a former national hill climb champ so I gave it everything and won the round but didn’t feel right. I was sick struggling to recover. It was then straight into the final. It was pretty stupid the way I felt but had to give a go. So gave it everything and possibly a bit more, ended up second and in a bad way, was taken to hospital were things got worse as I was suffering from acute kidney failure. 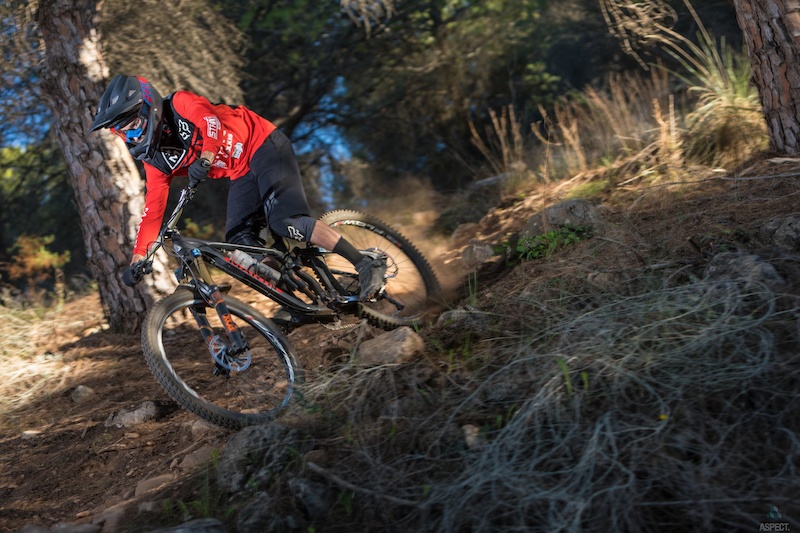 Aspect Media: Was it scary pushing it so hard that you truly hit the limit ?

No, it wasn’t. If you're racing I think you're always going to push as hard as your body and fitness level will let you. I think I was so high on adrenaline and all the shouting from the crowd I just went a bit past what my body was happy with. The scary part was the following days in hospital with my blood tests getting worse each day and the doctors not knowing what was happening. 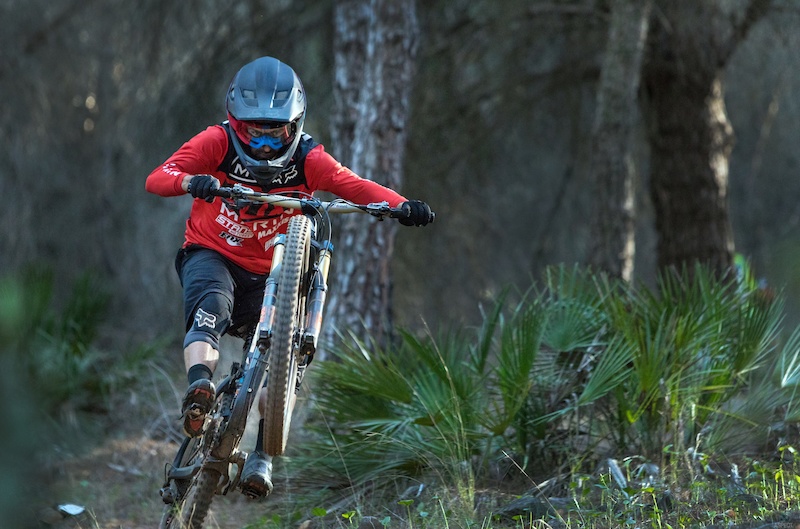 Flat out already its looking good for next season.

Yes, it took a few months and a big step back in fitness which is frustrating, but I am fully recovered from it.

Aspect Media: What's RoostDH and Malaga like for riding and getting back up to pace?

Roost and Malaga is a great place for winter riding. It's warm, it hardly rains there, the tracks they use are a good mix, there are some pretty loose sandy ones which are my favourite, and great for sharpening up your skills. The ranch is in a great spot for doing some road and XC/Enduro as well. 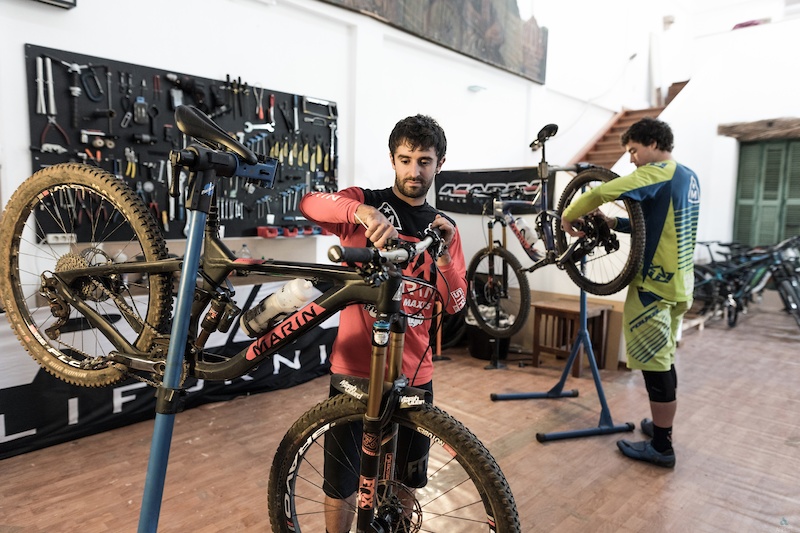 Making the most of the workshop at Roost HQ after a hard day riding.

Not 100% sure yet loads of events I'm keen to do. Definitely some Enduro World Series. I guess the main aim for next year is to try and be fully fit for each race I do. Maybe another hill climb or two... 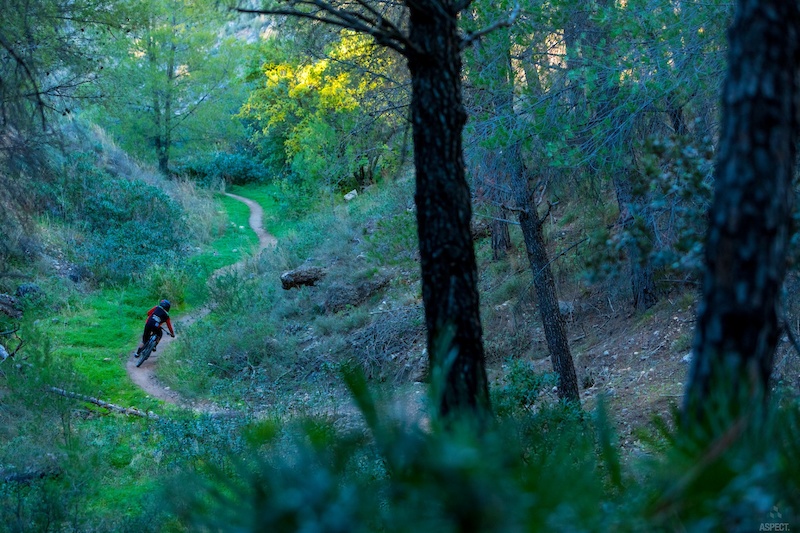 Making the most of the sun before heading home.

Big thanks to www.roostdh.com and Aspect Media

CornishKiwi (Nov 24, 2016 at 0:02)
I was left a little under whelmed, not sure if Aspect we uninspired or the edit was rushed out...Usually from what I've seen, Aspect churn out some good stuff. There were some flashes of genius in the edit, just left me a bit flat. I loved the quick flash collection of shots which built up tension, and then the shot after that should have exploded on my screen....and it didn't . I'm still a fan of your other work guys, which is why i'm left feeling flat on this one.. Sorry to post something a little negative.....I feel bad

aspectmediauk (Nov 24, 2016 at 0:43)
Sorry to hear it, admittedly its a little different to the usual stuff we do and it seems this time the creative direction may not have paid off, cheers for the continued support though means a lot ????????

bobj (Nov 24, 2016 at 9:13)
I really like the way it was shot and edited. i think maybe it's a combination of trails that are hard to look fast on, and the rider being really fast in a race sense (clean and consistent speed) but maybe not super wild in terms of sideways hucks and gassing to flat? either way still an enjoyable edit!

mtbbeds (Nov 24, 2016 at 2:06)
Such a sick little edit man, like an computer games trailer! Loads of fresh creativity in there.