Join Pinkbike  Login
Miranda X Cypress: Cypress is fast. More laps, more tokens, more pressure, and more pace. It’s a constant game of chase and a song of holler. You’re in the woods but you’ve caught the energy of the city below. You rush to get more laps, rush to keep up, to not get caught, you rush to find your rush. In the past, Cypress on a trail bike involved sacrifice - of speed, of stability, and of your wrists.

Stokey-o Drift: Here’s a dose of slick, slimy, sideways action to end the week. Frankly, just a day of chaos after most of the leaves had fallen with a small Midlands crew. Understeer, oversteer, and counter steer. Hope you enjoy watching as much as we did in the trenches. Shot prior to UK lockdown adhering to social distancing (except when one sibling crashed into a fellow sibling).

Skid: Steep, slippery, and rowdy on the North Shore with Nathan Blake.

Freeriders' Day Out: Anders Melles riding the prime cuts of the Whistler Bike Park. Josh Smith operating the camera and Ben Brough on the edit.

Orogenesis:Folding and faulting of the Earth's crust, which causes the formation of mountains.

Paul Genovese - Fool's Paradise 3: According to the Oxford Dictionary, a fool's paradise is: "a state of happiness based on a person's not knowing about or denying the existence of potential trouble."

From The Ground Up: While the project was initially more freeride oriented, around the time filming began, Oszkar also started building a brand new slopestyle line in his training compound that could deliver bangers which could not be left out of the video. Once the slope line was finally ready the project turned towards a more all-round riding, merging different kinds of bikes and terrain. While Oszkar hasn't made contests or social media his #1 priority in the past season, this project goes to show the unique skills and the hunger he has. You can expect more to come soon!

Vans x Cult - Trying Times: Trying Times chronicles the experience of a shared crew of BMX riders road tripping from Southern California to Las Vegas. Managing to keep things light and easy despite the currently challenging landscape, the film captures the camaraderie, core tenets of each brand and the iconic riding that backs it up. The team, including Dakota Roche, Angie Marino, and Sean Ricany, kept spirits high throughout the project, which is punctuated with Cult’s bold signature aesthetic. Despite the level of uncertainty that has permeated 2020, the project brought a new level of stoke: “Through it all, the one thing that remains unshaken is the love and passion for what we do. We will continue by any means necessary. 2010 UNTIL THE END.” -Dakota Roche

Chad Ferch - Victoria, BC: Vans Canada ripper Chad Ferch filmed some sick clips with Mike Zinger in Victoria, BC before he moved across the water.

Kento Yoshioka's "Evisen" Part: No tricks are off limits as Kento deploys his arsenal onto every wall, ledge, and rail in his path. Dude’s got the fastest feet in the East.

Sammy Carlson - Resilience: Most of us spend our lives riding mountains and waves for one primary reason — because it makes us feel more alive. However, there are a lot of good side effects of our pursuits. Among them: thriving communities, a healthier lifestyle, respect for nature and so on. The more you get into something like surfing or skiing, the more it will teach you about life. And the things you learn out there can be applied everywhere else. One example? It teaches you resilience. You fall. You get back up. To the uninitiated, this can sound terribly cliche. However, skiing will engrain it in you. You get to know it intuitively. And that's when it becomes a superpower. Sammy Carlson has seen it all throughout his career. Injuries. Skunkings. Sketchy times in the backcountry. He’s as resilient as they come.

Travis Rice x Orca Conservancy: Lib Tech and Travis Rice are proud to officially announce our partnership with The Orca Conservancy an organization committed to the recovery of the Southern Resident killer whale population and protecting the wild places on which it depends. A portion of sales from every single Travis Rice Orca snowboard sold goes to support their important work.

Yeti Presents - Parker Ranch: Thousands of miles west of mainland United States you'll find the legendary paniolo - the cowboys of Hawaii. What began with a gift of a few cows and a bull to the King in the 1700s has grown into a ranch community that's passed down their hunting, cowboying, and fishing styles for generations. YETI Ambassador Chris Malloy visits the Big Island to learn from the legends. 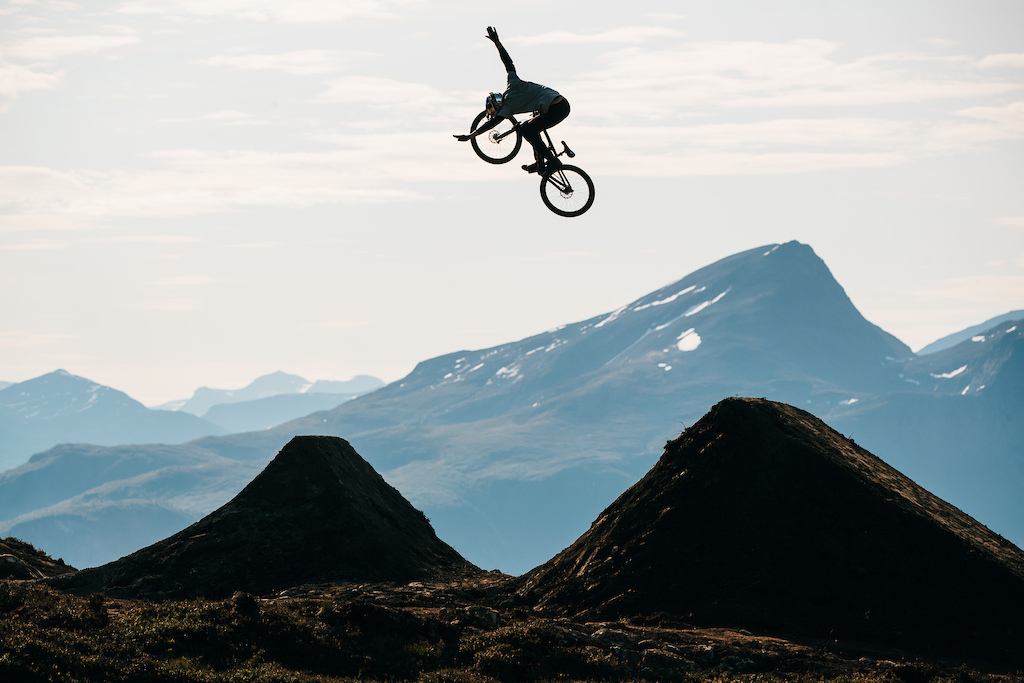 luckynugget (Nov 23, 2020 at 8:39)
I wish more videos were like Paul G's. Just bangers and chill tunes. All the first 4 trail edits were pretty much identical; cinematic industrial soundtrack, over technical filming, focusing on the cold weather conditions, with someone riding.. a trail.. just like everyone else. I guess there was also the video of the guys doing corners. It kinda gets old seeing people just turning left and right. I hope guys like Paul G keep doing what they do and don't get discouraged from getting drowned out by all the identical trail content.

theothernorthshore (Nov 23, 2020 at 8:52)
the DJ/Freeride side of me said no, but the outdoors lover and film side said yesyesyesyesyes!

hisroyalgooseness (Nov 24, 2020 at 0:04)
I was down for the Yeti film, a pleasant interlude from the action sports.