THROUGH THE TREES - EMIL JOHANSSON

Matt Slager - In the Natural State: Typical day in my natural state in "the natural state" of Arkansas. Completely different life after moving from Chicago to Arkansas. Self shot.

Matt Slager - In the Natural State

Trail Blazer: Rider: Derek Young. In my newest project Derek and I adventure into a local spot with some elevation and trails that we have both discovered and built ourselves. Mountain biking has always been our favourite thing to do, so coming together and creating a short film was a blast.

Spirit Of Adventure: Think of all those incredibly uncomfortable situations you have found yourself over the years, and they were right there with ya... hell, they were the ones that talked you into it. They have a way of making the unknown something we can't live without, you could even call them the curators of curiosity. They were the ones that introduced us to skids and wheelies, and the long way home. They are the master manipulators of "Just a bit further," that can't even spell "straight and narrow." They are our best friends and worst enemies, the curious, the wild, the irrational voices of awesome... The Spirit of Adventure!

From The Ash: Featuring: Nico Vink. Directed By: Ryan Gibb. Cinematography By: Liam Mullany, Scott Secco, and Ryan Gibb. Additional Cinematography By: Austin Hopkins and Arnie Rodriguez. From The Ash is a visual metaphor for pushing forward as the world seemingly crumbles around you. For those who’ve lost, please don’t give up. In May of 2018 the Ute Park wildfire burnt 36,740 acres; a large swath of it was on the Philmont Scout Ranch. Thank you to the Boy Scouts of America for allowing us to film on location at Philmont. For the best experience, please use headphones or a great sound system.

HaroZona: Suffering from communal cabin fever caused by the Covid lock downs, we got the crew together and hit the road as soon as we heard word that cases were declining and restrictions easing. Weary not to venture too far during these uncertain times, we kept close to home and cruised through the desert to the great state or Arizona, aka HaroZona! Crew: Chad Kerley, Dennis Enarson, Matthias Dandois, Alex Leibrock.

Dan Foley - Quarantine Clips: Dan Foley's back to his roots. Stacking clips over the quarantine. Riding, filming, and editing in only the way Dan can do!

Being - Lizzie Armanto: With a gift for competitive bowl and park skating, Lizzie Armanto could easily sit back and compete her way to international notoriety. But she’s a skater’s skater, with an eye on firsts. From pro model decks to signature shoes, magazine covers to becoming the first woman to do the loop, Lizzie is the next level of women’s professional skateboarding.

Jeanne Duval's 21: Sharing the common vision of a purely black and white aesthetic, filmmaker Claudia Lederer followed Vans' French skateboarder, Jeanne Duval, through an urban quest made of lines, curves, simplicity, details, shadows and light. This project is an attempt to transcribe Jeanne’s personal universe, endowed with a discreet personality whose sensitivity is mainly expressed through her skateboarding. Built up like a slow poetic journey, it was filmed pre-Covid in several cities of France (Paris, Nantes & Biarritz areas). Each spot visited has been picked for its architectural & graphic dimension. 21. is a personal vision of skateboarding.

Why Scientists Are So Worried About This Glacier: It's at the heart of Antarctica and on the verge of collapse.

Movements: Movements is the symphonic saga – in four parts (Rainbow, Steelhead, Musky, Striper) – of three Alaska fishing guides who road trip their way home in a 2003 Dodge Caravan (best known as ‘Van-a White’ and for its lack of a reverse gear) from AK to NYC. From an Edenic paradise to a modern-day Gomorrah in a single month – arriving in Time Square on Halloween night – these four MOVEMENTS make our original symphony "Agartha." Titled after the legendary luminous world said to be located at the earth’s core, Agartha's entrance is believed to be hidden at the bottom of an unnamed mountain lake, but which of course is accessible to anyone willing to look — and to walk and to cast — and keep looking.

Coronavirus Conspiracy Theories - Last Week Tonight with John Oliver: With conspiracy theories about coronavirus proliferating, John Oliver discusses why we’re prone to believe, how to distinguish fact from fiction, and what you can do to help others.

Ashes To Ashes: This film tells the story of avid Star Wars fan and master leatherwork artist, Winfred Rembert, who survived an attempted lynching in 1967. The film also brings to light the extraordinary friendship between Winfred and Dr. Shirley, while she is on a mission to memorialize the forgotten 4,000 African Americans lynched during the Jim Crow era through a special home-going ceremony. 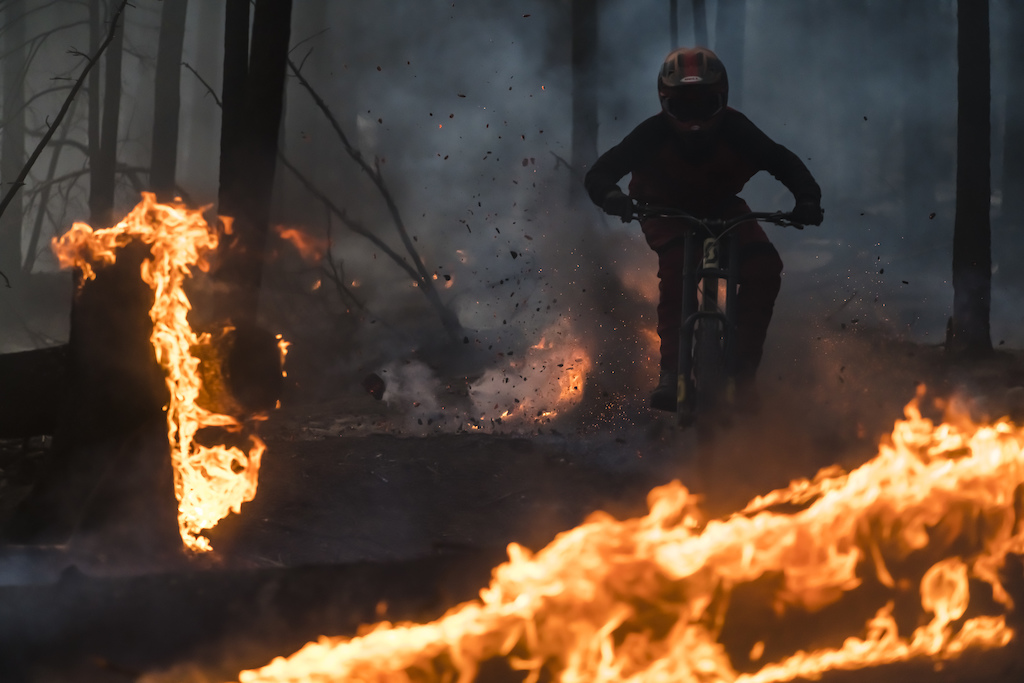 drlancefreeride (Aug 10, 2020 at 5:21)
Nico Vink, for me, is hands down the best film segment rider in the game. It seems like every time he puts something out it’s the best thing I’ve ever seen. And the streak continues. That step-up step-down step-down-again rock thing at the end looked so dicey...then add in some forest fire. Just wild

Altron5000 (Aug 10, 2020 at 4:34)
Colby West. Now that was an amazing video part, if basically unwatchabe in 240p! I know a lot of people won't be interested in skiing, but 2004-2008 was basically peak-freeski for me, every year the vids from matchstick and poorboyz were showing massive progression. The production quality and filming was great too.

downhillbrill (Aug 10, 2020 at 9:16)
I snowboarded and still bought those films during that era. they were so good

polarflux (Aug 10, 2020 at 0:35)
I love Movies For Your Monday...Always interesting picks. And no complaints about the skateboarding. Never gets old.

steezysam (Aug 10, 2020 at 14:03)
Ashes to Ashes is pretty gut-wrenching but should be required viewing. I was also impressed with some of the things the camera was doing and then I saw Renan Ozturk is the DP

Heidesandnorth (Aug 11, 2020 at 12:11)
Yupp, waaaay to smart for me. Hate to be forced to think. And a friggin‘ European know-it-all to boot. Go back to Liverpool, you freak!
In case you think you find an inkling of irony - you are so dead wrong, sicko!!!!

stalkinghorse (Aug 10, 2020 at 12:25)
The Emil Johannsen clip is what the Semenuk clip released today should have been like.

DDoc (Aug 12, 2020 at 16:35)
uh hey guys, this is a mountain bike site remember? Can we save the virtual virtue posturing for the mass media?
We know you care about other people, we all do. More sick adventure sports videos please.