It's a Match!: Swipe. Swipe. Swipe. You may be familiar with just how challenging it is to find your perfect match. Enter the Honzo ESD. What a looker! Regal. Badass. Likes to get down and dirty. This bike will take you to places only found in your wildest dreams.

It's a Match! The Honzo ESD

Kirt Voreis - Sedona Share the Shred: Took a trip to Sedona this spring to check out the bike park and hit the trails. Ended up rolling my ankle and made a trade with some young rippers, Olivia Silva and Lillee Jenkins. So rad to see these young ladies shredding!

A Basil's Video Pt.1: Took a trip out to Squamish in July. Had no plans of filming a video and ended up creating this. Stoked on how it turned out. Cheers Deuce for letting me stack clips. Additional footage from Calvin Huth.

Brandon Semenuk - Cascade: Big bikes, small bikes, hardtail, or full suspension... Brandon Semenuk holds a style Ph. D. on all of them. In Cascade, Revel Co takes us deep into the forests of British Columbia where the Canadian slopestyle star has been ripping on his trail bike lately.

Hometown Trails With Micayla Gatto - Episode 1: Join Micayla, and friends, as she shows off her favourite trails in British Columbia. First up, Angry M and Half Nelson.

Trail Supervisor, Caleb, Rides Mt. Shasta Bike Park: Mount Shasta Bike park has approximately 10 miles of lift accessed trails winding through old growth red firs, meadows, and bridges over creeks all wrapped up with breathtaking panoramic views. It’s pretty, don’t get us wrong, but you will probably be more focused on the trail ahead of you. We encourage camping for free in our parking lot overnight, or if you want to make an expedition out of your trip, bike up to our Beyond the Boundaries back country cabin. Just under five miles to the cabin surrounded by spectacular views. This is a place to challenge yourself and egg on your friends, where you will need to rub in the dirt. Mount Shasta Bike Park is a place of daring and adventure.

Dan Paley - VX Rated: Dan Paley does not disappoint in his long awaited 'VX rated' section. Filmed over the last two years in the UK, Indiana, Barcelona, and Greece.

Tony Hawk Does His Dream Trick: At 52, Tony Hawk is still out here dreaming up new tricks to learn. He walks you through his thought process on this bluntslide variation in our latest #DreamTrick - this is why the Birdman is the greatest.

My War - Beagle: Beagle's trick curse was lifted with his epic ender from Baker 4, but it sure as hell didn't come easy. A real skate filmer doesn't just document the battles, he fights them, too.

Alex Midler - YOU GOOD? RAW: Go behind the scenes of YOU GOOD? with previously unreleased footage of attempts, slams, makes and throwaway clips from Alex Midler's heavy part.

Make Believe - Official Trailer: "Inspiration is evoked spontaneously and without intention." Sometimes it comes in the form of a photograph, a chance encounter on a chairlift, or a glimpse at a mountain never seen before. When combined with motivation, the spark of inspiration becomes a dream, and when pursued gives our lives a new purpose. For 25 years TGR has focused on turning 'Make Believe' into reality, from exploring powder stashes in our backyard playground to first descents on unnamed peaks, the ethos of “live the dream” has defined our adventures. “Make Believe” celebrates today’s athletes who have committed to this ethos, the ones who have fallen deeply in love with the mountain life, the people who have chosen to live their lives in a particular way, from inception to reality, the ones who choose to make and believe in their dreams.

Tanner Hall Forever - Official Trailer: With seven Winter X-Games gold medals and a career spanning twenty years, Tanner Hall has cemented himself as an icon and legend in the sport of skiing. Now, at age 35, he’s decided to enter the Freeride World Tour; a five-stop competition circuit in which skiers are judged on their ability to descend through rugged, un-groomed terrain. Having never competed in a freeride competition, Tanner embarks on the latest chapter of his career, struggling against the limits of an aging body while confronting the darkest memories of his past.

Bottom Feeders: It takes a little nerve, a deep breath, and your bare arm to catch a catfish the cowboy way. Two rival Okie Noodling Champs, Kaleb Summers and Marion Kincaid know this thrill well. But after being dethroned, Marion checks his competitive nature and channels his nerve towards befriending his fellow noodler. 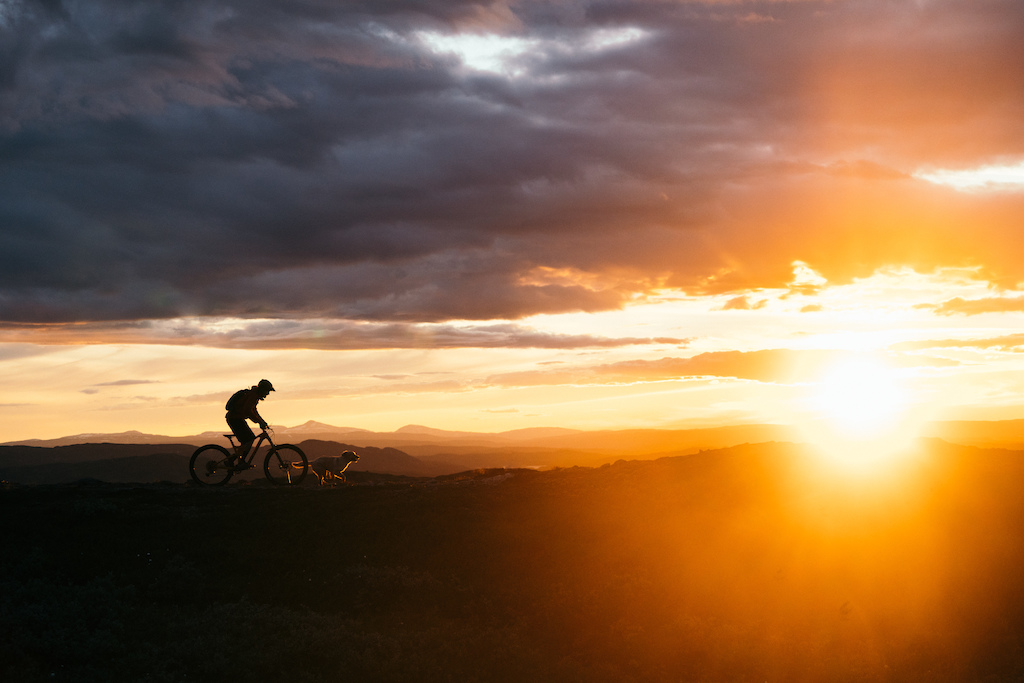 I love both. I love riding mtb, road, cx, everything. Also love getting out and after elk and deer for the freezer. IMHO its all about respect for the environment and knowing where my food comes from is a nice thought

swellhunter (Aug 18, 2020 at 4:05)
Was never a really big Tanner Hall fan but have found myself cheering him on the FWT and seem to like the dude more and more lately. I will definitely watch that film just because it needs to be watched.

beerrun (Aug 17, 2020 at 9:46)
so funny to me that hardtails are coming back. they were always fun, never weren't. but some trails are better on full sus so it's any wonder that people will frown at you when you're on the big sled instead of a hardtail. i wanna see these hardtail dudes put a rigid fork on and really learn how to ride. that's the way it was done as late as the late 90s.

swellhunter (Aug 18, 2020 at 4:24)
Hardtails are not coming back. They are simply progressing like every other type of bike style out there. It's not like there is a massive uptick in HT sales at the expense of FS sales or people selling FS bikes to replace with HT bikes. For me - why not have a HT for the local single tracks or long days where I want light and efficient and keep my FS for everything else.

DroppingThreeTwoOne (Aug 17, 2020 at 11:40)
Skiing movies are so damn dramatic these days. I need an abridged edit version of all the movies each year with the bullshit cut out.

mi-bike (Aug 17, 2020 at 5:59)
You'd think that the market segment of hipster hardtail shredders for whom the ESD is the apparent perfect match is, uhm, not large?