My Kona - Myles Trainer: Myles Trainer works in the Kona Bike Shop as a mechanic. Originally from Vermont, Myles has been migrating west to figure out where he wants to call home. After dipping a toe in the Bellingham zone, he decided to land in the lush, green mountain bike haven. Get to know Myles in the latest My Kona. PS: he walked away fine after that crash... tough dude.

All Casual: Short: Ian Austin stylin' on a 26" DH bike in a T-shirt and Vans.

Feels Like Forever: Following @JesseJordi & @DustinMcDonald. Friday night after work in Kamloops, BC.

The Geodiversity of Squamish Mountain Biking: Squamish sits on the edge of the Northern Hemisphere’s southernmost fjord, nestled between sprawling mountains built by tectonic, volcanic, and glacial processes. These forces, operating on humanly abstracted timescales, created the landscape in which we learn, live, and recreate. Through features accessible on Squamish’s mountain bike trails, the story of this land’s geologic origin can be formulated. Four main eras are presented in this story, most overlapping and building upon the previous: mountain building, glaciation, volcanism, and collapse.

Mark Matthews Riding The Stump Gap - Isolation EP28: The jump over the stump finally went down! It was nerve wracking to say the least, and a massive project to build. SO INSANE. The trail build will continue and so will the shark fin theme! Thanks to Scott Belll for the additional shots.

Nathan Williams - The Ones That Got Away: We're back again with more Nathan Williams... this time, we have a small cut of the stuff that got away. Heavy slams and near-makes. If you haven't already, you can pre-order Nathan's upcoming nine-full-minute video part, "Why Not." Full video drops on 8/7/2020.

Tom Dugan - Human Cannonball: Tom Dugan came out the gates swingin' for 2020 and put this lil' number together in the matter of two short trips. Whether he's on dirt, street, or transition, you can count on Tom to be blasting off.

Being - Leticia Bufoni: From a young age, Leticia Bufoni knew what she wanted to do: be a pro skateboarder. From humble beginnings in Brazil, Bufoni practiced hard and developed her skills into one of the most well-rounded competitive street skateboarders in the world. Now, her sights are set on the next level of professional skateboarding: competitive domination.

Lotties Skateshop: Skate shops are more than a place to buy product, they are the cornerstone of our skate family. Lotties Skateshop has quickly become a community hub and safe haven for young skaters in Los Angeles. Owner Mike Gigliotti’s love for the shop and the community is what truly makes this space special. Vans recently spent some time at Lotties to understand what inspires Mike to create art, elevate local talent, and preserve the skate shop subculture for generations to come.

Paha Sapa The Skier's Journey: Follow Lakota skier Connor Ryan across his homeland in search of backcountry ski potential, and discover the Black Hills ski community of South Dakota, set to the soundtrack of regional musician Supaman. This is the first ever film on backcountry skiing in the Black Hills (aka Paha Sapa) of South Dakota and buttes of Nebraska. This film is part of the Skiing States Series by Mike Whelan. Learn about Natives Outdoors with Len Necefer and discover the beauty of the plains and little-known parks and national forests. Hear from Black Hills backcountry founders Kevin Forrester and Brent Kertzman who explored the national forest and state forests with early tele and alpine gear. See beautiful footage of nationally unknown parks and landscapes as well as familiar areas like the Mount Rushmore area. This fast-moving journey gives a sample of skiing in the plains and catches a primo powder day in the Black Hills with Brent.

Big Agriculture Is Broken - Part One: Growing food and fiber with industrial techniques has devastated our climate. Conventional agriculture contributes up to 25% of the emissions driving the climate crisis. But there’s another way. Regenerative Organic methods can build healthy soil which helps draw carbon back in the ground.

You Can't Stop Us: You can't stop Megan Rapinoe, Serena Williams, or Lebron James. Just as you can't stop Naomi Osaka, Cristiano Ronaldo or Leo Baker. Because as athletes, we are never alone. Sport unites us. Strengthens us. Keeps us pushing ahead. No matter what, we will always come back stronger, together. You can't stop sport. Because you can't stop us.

Ode to Desolation: Ode to Desolation shares the story of Jim Henterly, a naturalist, illustrator and fire lookout as he contemplates the dwindling days of Fire Lookouts in North America. With the influence of technology and AI threatening to make his role obsolete, we look into the future and ask ourselves what connections we will maintain to keep our human interpretation of the natural world alive. 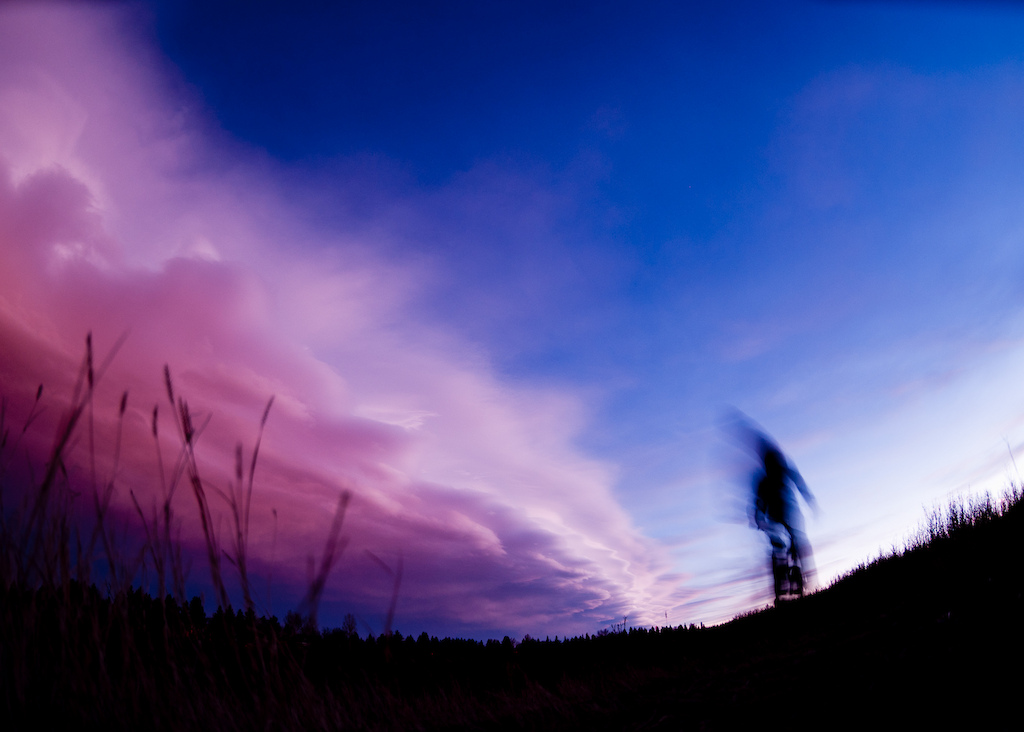 bbeak (Aug 3, 2020 at 5:51)
The Geodiversity video is the most interesting thing on PB in quite a while for me! Well done! Having taught this sort of thing for 35 years, I can bore you to tears about rocks here in the Michaux State Forest in Pennsylvania. (And I have done so to my friends whose eyes glaze over when I hollar, "Look at that!" when I point out some really cool geologic feature. I saw some nice metarhyolite recently and my riding buddy never even slowed down. Philistine! I guess it is not for everyone.

don't spend your money on stupid things, just donate him!
thanks!

nikifor88 (Aug 3, 2020 at 10:16)
don't listen to him, spend your money however you like, he means well, just badly wants to ride trails and session jumps together again

akruse (Aug 3, 2020 at 7:53)
i never owned anything nike... never will patagonia... a place that is still wild and free grow some food for yourselves people and ride things for fun with your friends!!!

plyawn (Aug 3, 2020 at 9:41)
7.8 billion plus people on this earth, all subsistence farming. Sounds like Shangra-la. When exactly will you find time for biking?
Post a Comment