Baxter Maiwald shows off some local lines in Maydena

The Dadcam Diaries: Bored with lockdown I put together some bits I captured on the Dadcam over the summer. 15 minutes of shoddy camera work and shameful editing - but there's good people riding bicycles, so it's worth watching for that.

Donuts in the Sky - Craig Proudfoot - Te Mata Peak: This video contains some great times spent in Havlock North, New Zealand. Craig Proudfoot and I spent a couple days filming on a brand new trail created by OnTrack Trailworks. Make sure you check it out if you're in the area.

Ride all day with Hervé Roose

Oscar Misty Vibes At Okeford Hill: Oscar takes a pre-lockdown rip down his favourite trails at the bike park.

Danny MacAskill - The Slabs: With many of our overseas filming plans cancelled as a result of recent times myself and the crew decided to look a little closer to home for our latest film. I am a big fan of rock climbing and have been inspired by the various men and woman who set new routes and test themselves on some amazing faces around the world so I set out to find some challenging lab rock routes on my home Island of Skye with an aim to ride them in a continuous line and test what was possible on my bike. The remote Dubh Slabs rising out of Loch Coruisk in the heart of the Black Cuilin ridge provided some of the steepest terrain I have ever ridden as well as an amazing backdrop for the film. The remote location and steep face forced us to think outside the box and meant we had to move away from traditional filming techniques, with us opting to shoot the entire film using GoPros mounted on myself and an FPV (First Person View) racing drone.

Pat Casey - Dream Yard 4: The best backyard on the planet is back.

Dave Krone's Golden Nuggets: Dave has been rehabbing hard for the last year or so after two wrist injuries and one surgery set him back a bit. The good news is, he's back on the bike cruising around and getting back into it. He'll be back to top form soon, but until then - here's some top-shelf nugs to help ease the wait until he's back to 100 percent!

Trey Jones - The Lot: With the world a little closed off at the moment and travel a little weird, Sparkys USA brings the riding to us with The Lot.

Discussing Skateboarding With Director Werner Herzog: Werner Herzog is a pillar of cinema — a pioneer known for his prolific output, quick wit, and uncommon approach to film. He’s a guy who brings a true sense of uniqueness to an industry increasingly overrun with superheroes. But what does he have to do with skateboarding? Technically speaking, nothing. Werner has no background in skating. But I believe he is one of us. He preaches maxims like getting the shot by any means necessary, carrying bolt cutters everywhere, and thwarting institutional cowardice with guerrilla tactics. His entire career has been built on a DIY approach to life, his craft banged into existence through decades of trial and failure. Because Werner’s approach to living and filmmaking mirrors the ethos of skating in so many ways, I decided to track him down to chat about the similarities and differences between our two worlds.

Nora Vasconcellos "Rendezvous" Part : Roll up and rendezvous with Nora V as she hits epic spots from Maui to San Diego in her heavy new part. Come for Nora's stylish trick selection and stay for that Nicki track. This part's going to require a rewatch.

The Shadow Campaign - The Lonely Star: An ill-fated explorer finds himself marooned on a desolate planet. Alone with his thoughts, he is caught between a sandy reality and snowy hallucinations of winters past. Featuring: Santiago Guzman, Piers Solomon, Zack Giffin. Directed & Shot by: Frank Pickell. Edited by: Matt Wade.

Blind Faith - Whistler Blackcomb: Mac Marcoux is one of Canada’s most decorated para-athletes. Now, after a year sidelined by injury and skiing with a new, unproven guide, he will attempt to redefine himself as a skier by taking his racing pedigree into Whistler Blackcomb’s extreme alpine terrain. His goal is to do more than just ski lines that are impressive for a blind person, Mac wants to change the way people see adaptive athletes. To do this, he needs the support of his new guide and friend, Tristan Rodgers. If they succeed, Mac will become the world’s first blind freeskier. If they fail, his career as an athlete and his Olympic hopes may come to an end. As the pair square off against the challenges of the mountains and push their boundaries to the limit, they fight to stay healthy and inspired, all while training to earn a spot on the 2022 Olympic Team.

The World's Strongest Brothers: A portrait of brothers Luke and Tom Stoltman. 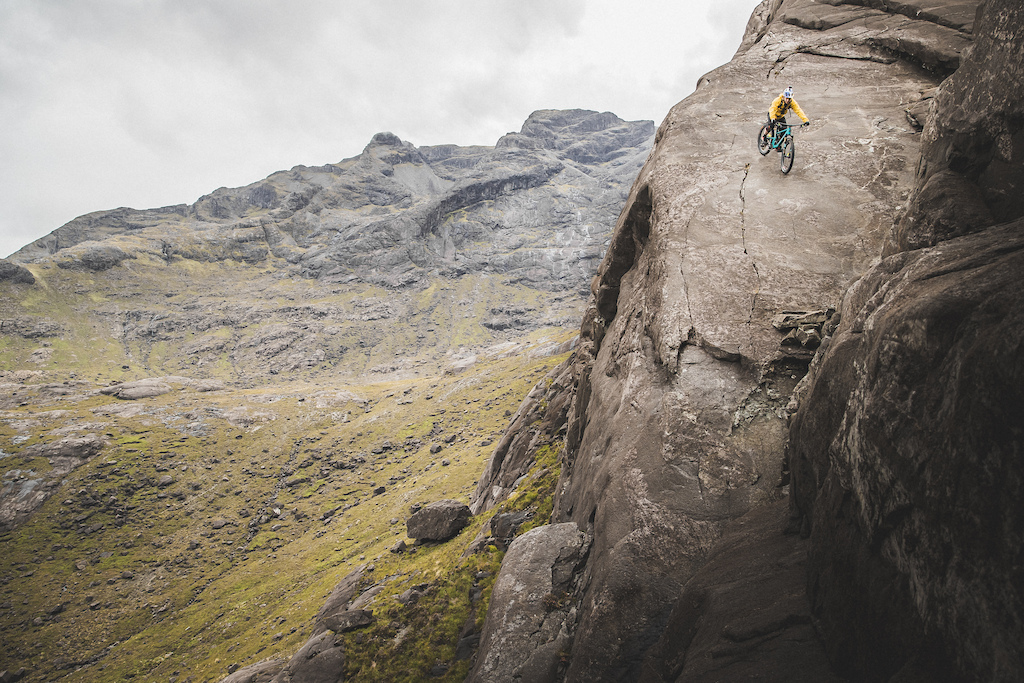 rrolly (Feb 1, 2021 at 6:36)
Was not expecting to see an interview with Herzog on skateboarding this morning. Or ever for that matter. Beautiful. He's such a legend.

willybos (Feb 1, 2021 at 18:30)
"time to ride an e-bike" = "time to watch a trek ad" ... i understand the practical need to fund film projects and im willing to sit through some branding ("Not Bad" 1 & 2) but IFHT Films seem to be heading more and more towards commercials rather than content. boo.

Kyanw (Feb 1, 2021 at 6:49)
Just watched Young Offenders, which has some urban MTB in it. Great movie, and a lot of what happens in that movie is achievable for the common person, unlike all this insanity

BMXJJ327 (Feb 1, 2021 at 11:09)
It's videos like Candide's that make me wish he was wearing a GoPro facing backwards to watch the person filming while skiing the same things Candide is.

Those meals were like some ridiculous epic ride food fantasy. Ten pancakes, ice-cream, Haribo, 10 eggs and bacon. I've bonked and had those thoughts.

I'm good for the week. Thanks, FB!

tacklingdummy (Feb 1, 2021 at 21:04)
Seems like more mtb-ers ski rather than snowboard. I thought it would be the opposite.

DidNotSendIt (Feb 2, 2021 at 1:00)
I always assumed it was a generational thing i.e. parents (most of whom are skiiers as they gre up befire snowboarding became 'normalised') who are skiiers will have taken you skiing growing up so you you stick mianly to skiing.

tacklingdummy (Feb 2, 2021 at 11:58)
@DidNotSendIt: Both are awesome. I started skiing at age 5 and skied for 10 years. However, I surfed and skateboarded, so snowboarding was a big draw. Haven't touched skis since I started snowboarding, but who knows, I might jump on skis again someday. I live in Norcal where snowsports are not really part of the culture, but action sports are.

Trouterspace (Feb 2, 2021 at 12:47)
@tacklingdummy: Eh I disagree. Skiing ranges the gamut from XC to gnarly downhill/freeride, as does mountain biking. Road biking isn't multi faceted like mountain biking or skiing is...

But would agree that the CULTURES are more similar between mtb and snowboarding.

DidNotSendIt (Feb 3, 2021 at 7:28)
@tacklingdummy: I tried skiing, didn't really care for it - felt very counter-intuitive to me. Snowboarding seemed much more natural to me. I surf too, so maybe that had something to do with it. Or maybe my knees weren't, in fact, supposed to be able to do what skiing was asking of them (i may have been doing it wrong).

I get your original point though. There are lots of people who ski who don't have any interest in the 'action sports' world. Snowboarding and MTB would seem to be more culturally aligned with each other, in terms of image, marketing, culture and the use of words nobodody over the age of 20 should be using anymore.

overconfident (Feb 1, 2021 at 6:15)
To be fair, any non-rider watching riding videos would probably wonder how any of our shoulders are still in their sockets

Primo123 (Feb 1, 2021 at 6:04)
Just came across Candie Thovex. Dude is a thrasher! I watched his entire Quiksilver documentary. He made skiing look cool