Join Pinkbike  Login
Grateful - Alec Suriyuth: We hope that discussing mental health on a broader scale will contribute to the ongoing conversations and positive change we're seeing on perceptions towards mental health. In our opinion there is no better way to start this conversation than with bikes and cameras.

Far Out In Farwell: Jacob Mullen gets rowdy at Farwell Canyon in Williams Lake, BC

Far Out in Farwell

MTB Insights Episode 1 - Woodward & Post Office: A tour of two key spots in California: the immense compound at Woodward West, seen from the perspective of the staff as they share their favourite lines, and the dearly departed Post Office jumps.

Concrete. Jungle: In this video we capture downtown Auckland’s fast-paced atmosphere and then escape the rat race only a short hop away. 440 MTB Park is situated just under an hour driving from the Sky Tower itself. Follow local enduro racer Matt Berry through the concrete into the jungle.

Dylan Korba - How We Got Here: A key line feature in the North Rutherford Creek area transpired from our collective imagination and brought to fruition. Initially, I was inspired by a big boulder to use as an obstacle and when we scouted the area as a group, the guys gave me some input on how cool it would be to create a line down the ridge leading directly to the rock. This line ended up taking me most of the summer to build and I think was a bit of an emotional one for the whole team. We each had our struggles on that line. I had a really big crash - that thankfully only ended up in some bruising for a few weeks. Due to the length of the project and the dynamic requiring a multitude of takes to film a segment (not a single session) we faced challenges with lighting and seasonal weather changes. We faced smoke, rain, sun, and snow all in about a four week window and I only had weekends to film! So that line was a major push, and I didn’t quite get what I wanted, but the big rock isn't going anywhere. In the end this project provided space for my self exploration. I was really happy to prove to myself that I could still ride uniquely enough to be part of something. I am super thankful that Cookie and Chromag were on board to set this opportunity in motion! - Dylan Korba

Pay It Forward - Luke Cryer: Luke Cryer defines style at speed. He came from the world of gate starts and elbows, even winning a silver and bronze medal at the 4X World Championships (2015 and 2016 respectively). But while the motive of competition set him up with skills and speed the pressures pushed him to look beyond the track. Now it’s the thrill of pitching himself against himself that holds most worth. In 2020 he was looking for a new bike and hit up Josh “Loose Dog” Lewis, seeing if he had any leads on something brand new second-hand. Loose Dog lives the mantra of “pay it forward” and has been passing along his old bikes to friends and helping talented friends get setup with bikes through his sponsors for a while. Santa Cruz had sent another super skillful UK rider (Matt Roe) a bike the year before but a sponsor swap meant this bike (a third-generation 5010) wasn’t being used. So it became Luke’s. It’s good to get something new but if a bike is built to last then there’s no reason it can’t have many lives. Santa Cruz builds quality bikes that can take a beating and kept running for many lifetimes.

Anthony Perrin 2021: Permanent Barca resident Anthony Perrin blesses us with this ridiculous edit he filmed with his friends during 2020.

Dig Locals - Sam Burditt: Sam Burditt summons the powers of ABBA and smashes through a bunch of spots last summer, including some hefty drops. So much energy throughout.

Highlife: Dub BMX presents HIGHLIFE. This team mixtape is 27 minutes of raw UK street riding filmed through the lockdown in the North of England. The Dub squad has a history of finding raw and undiscovered talent, and this is no different.

The Osiris D3 - The Most Controversial Skate Shoe: The Osiris D3 is one of the most successful yet divisive skate shoes of all time. The shoe was adored by the masses, but was also considered ugly and impractical by many skateboarding purists. It’s unsurprising that the story behind the creation of the Osiris D3 has just as much drama as the shoe itself. VICE met creators of the Osiris D3 to learn how the notorious sneaker came to be and the fallout that resulted in the wake of its success.

WKND's "Van Down" Video: WKND packs Tom K, Karsten, Christian, Nikolai, and the whole team in the van for an equally stylish and inventive skate journey. Ride it ‘til the wheels fall off or the gas tank explodes.

Is This Jesper Tjäder's Dream Game Show? Regardless of whether you were born in the '90s and grew up watching hours of TV, or simply at some point have been bored and browsed around for funny content on the internet, you've inevitably watched parts of a Japanese game show. And truth be told, haven't we all thought of what it would be to be in one? Since he was young, Jesper Tjäder has been fascinated by these kinds of game shows, but it wasn't until more recently he started getting recurring dreams about skiing in one. And as we all know Jesper, one thing is for certain: If he can dream it, he can do it.

Burrrlapz - Checker HeadH: The Burrrlapz are back in action with their first episode of 2021. Follow along as Dylan Siggers and friends float through pow, send it on backcountry booters, and rip up the finest zones around Fernie, British Columbia.

The Seeker by Lance Edmands: A lyrical portrait of an excommunicated Amish woodworker struggling with spirituality, poverty, and life as an outcast from his strict, insular community. 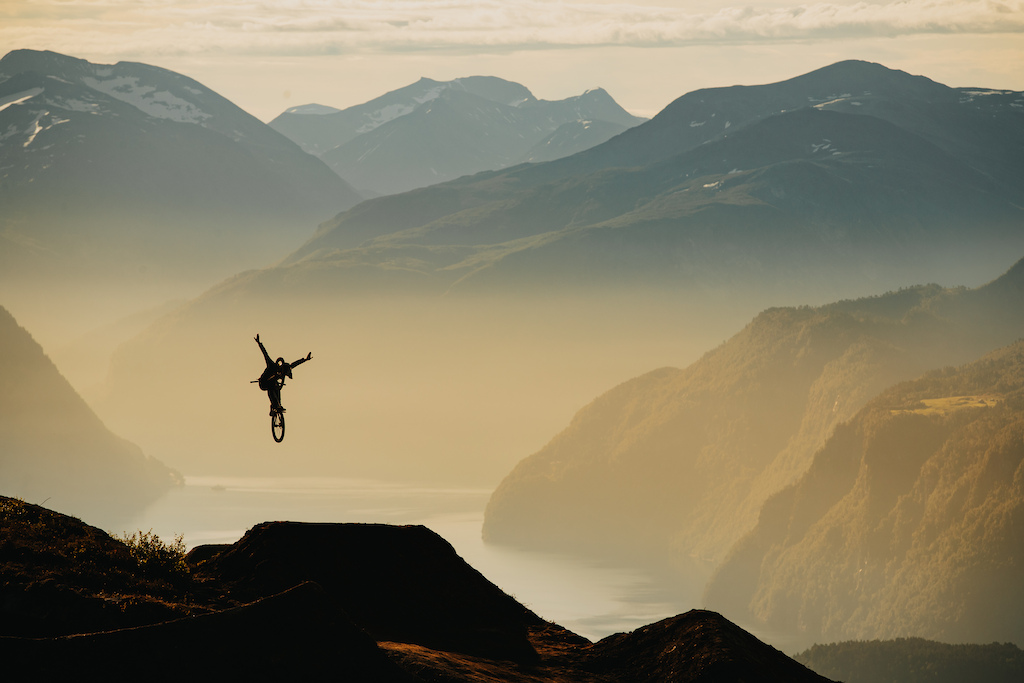 barbarosza (Feb 15, 2021 at 5:44)
Man such a cool selection of movies incredible.For real,I so hated those Osiris shoes in the early 2000s when I saw them and then you guys put that Woodward West dirt jumping content and also Logan Peat i mean tabarnak you know ? So cool i just want to express how thankfull I am for such a variety in this selection ! kuddos . Andrei

vw4ever (Feb 15, 2021 at 5:25)
I have to say, I really enjoyed The Seeker. Interesting story, and being from the Midwest, driving past the Amish in the horse and buggies, gave a unique insight.

Dirtdruid (Feb 15, 2021 at 9:42)
The amount of effort that went into Dylan Korba’s video and line creation is amazing and worth every bit .... great Job !!
And I’m still trying to get my hands on a Daydreamer Stylus frame