Twenty20 - All Killer No Filler: Thank you for your support.

Twenty20 - All Killer No Filler

Joel Irving Loves Dry Trails: Joel recently switched from 27.5 to a 29'' Reign and clearly it's made no difference to his riding... he still rips.

Pleney Black - One Lap Raw: A one lap #RAW edit down Pleney Black from the Unieed Creative team's summer in Morzine! Big thanks to Connor and Ronan for starring in the video and for all the laps we put in off-camera. Video. Rob Montandon. Riders: Connor Ogg & Ronan White.

Soil Searching - Kamloops: Some people change the world and are beautifully oblivious to the fact. Ron Penney, Brad Stuart, Luke Beers, and Eric Simmons are some of these people.

Chase Hawk - etnies Chapters - Recall: During an era where they had one of the most revered and well-rounded teams in modern-day BMX, etnies released the full length video “Chapters” in 2017. With 35 trips over a period of three years, throughout 15 countries, at both legendary and new spots, the team shared good times, friendships, adversity, and shed blood, sweat, and tears, along with groundbreaking and sometimes downright scary feats. Chase Hawk and Mike Manzoori (filmer/editor of "Chapters") sat down and re-watched Chase’s awesome opening section, and give some firsthand stories behind many of the clips. Look for more of these soon, here on DIG.

CultCrew - Dan Foley 2020 Rehash: One of the smoothest riders out there.

Kriss Kyle - Raw Recording - BSD BMX: Kriss Kyle and the BSD crew in the last of our behind the scenes videos from BSD Recording. Raw clips, unseen riding, and outtakes from what went into Recording out in Israel, Barcelona, Tenerife, and Glasgow. Filmed by Dave Sowerby.

Deadline - Deathwish's "Uncrossed" Video: Despite the added pressure caused by the pandemic, the Deathwish crew handled business on their home turf filming for their new vid. See what it took to slide through the homestretch.

Lotties x Vans "On God" Video: Lotties does it again, bringing together some of the finest LA footage from legends like Reynolds, Jerry, and Andrew Allen along with modern stars Nick Michel, Pedro Delfino, Dustin Henry, and more. Don’t miss your window to witness this epic edit.

Moinsa: Last winter we travelled a lot in search of good snow and events, which made it more and more difficult to combine studying and skiing. But every time we were back in and around Disentis, our home resort, we had the best days of the season. With every day at home we discovered new slopes and mountains, which we put on our to-ski list. That's why we decided to stay at home in the Grisons mountains this season and rediscover our home resort Disentis. Because even in an area that you seem to know inside out, there are always new mountains and slopes waiting to be discovered. It is also a great advantage to be able to observe the snow conditions and snow cover build-up throughout the season. So you know exactly where a little bit of powder might still be hidden, even a week after the last snowfall. The film shows what new lines we found outside the standard routes. There's lots of great skiing to be found if you dare to leave your standard runs.

This Land: Runner and advocate Faith E. Briggs used to run through the streets of Brooklyn every morning. Now, she’s running 150 miles through three U.S. National Monuments that lay in the thick of the controversy around public lands. Accompanied by running companions who represent diverse perspectives in what it means to be a public land owner, she assesses what is at stake if previously protected lands are reduced and if the public is largely unaware. This Land is a story about land access told through a journey of inclusion and empowerment.

Betye Saar - Taking Care of Business: At 93, there’s no stopping when it comes to the legendary artist Betye Saar. Director: Christine Turner. 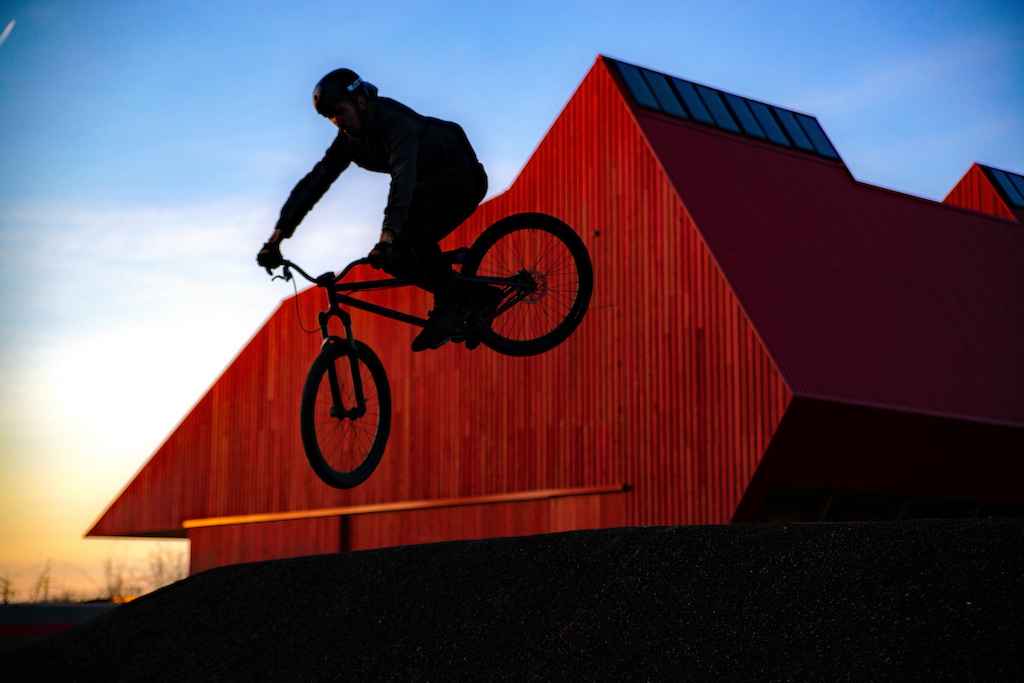 Peskycoots (Jan 18, 2021 at 0:39)
Chase hawk wearing a union t-shirt talking to manzoori about how amped he was to ride Rom is just perfect

localmotion (Jan 18, 2021 at 10:47)
Alchemy 3 just made my week! Big ups to Eric Lawrenuk for making such a feel good movie with so many great Canadian riders! RIP Jordie #RoughAF forever!

POWsLAYER (Jan 18, 2021 at 22:04)
Great job pinkbike for using this Monday, a day remembering Dr. Marten Luther King, to amplify not one but two inspiring black women’s stories. That being said, just one Monday out of the year, I think aiming to lend ALL of movies for your Monday on this day to amplify black voices would be the right thing to do.

theflannelcrew (Jan 18, 2021 at 18:55)
Thanks for the love, everyone! A big thanks to @scottsecco for selecting us this week as well.
Loved every video in this list.

Arawn (Jan 18, 2021 at 2:42)
Love how almost all the trick landings match up with the beat on the Miles Silvas "Spitfire" Part! Ace editing!

castlemtn (Jan 20, 2021 at 14:15)
Ron penny, a legend in his own mind, well and many others. hows the hip old boy. the best part abput that video is the bikes falling out of the truck.