Join Pinkbike  Login
Behind The Lens - Year 1: About a year ago I decided to buy some camera gear. Throughout my junior year in college me and my homies tried to get out and ride as much as possible and I tried to film as much of it as I could. This is just a short mashup so I can remember the awesome times we had on bikes this past year and so we can look forward to what's next! Hope you all enjoy.

Claudio's Bla Bla Runs - Neverend Trail: With the Laax lifts open, Claudio heads right to the top for this preview.

We Came To Fight, We Came To Win: Where else would you rather prepare, than on a true World Cup track? The latest video from Bike Park Pohorje in Maribor, Slovenia, where Kellys Factory Team headed a few weeks ago for a quick session ahead of the postponed season. Riders: Rasto Baranek, Stanislav Sehnal, Tonda Král, Kamil Fábry. Video: EWIA.

Sunday Shredding: A short Sunday evening shred of the local trails to make the most of the short let up in the rain.

Yoshis Day: Take a ride from my perspective around Santa Cruz, CA. Hope y'all enjoy!

12 Year Old - Julian Moutinho Sends It: This video showcase a few of the local trails I ride here on Vancouver Island.

Selfstran - Hometown Quarantimes ft. Erik Elstran: One of the most creative riders in the world.

Being - Leticia Bufoni: From a young age, Leticia Bufoni knew what she wanted to do: be a pro skateboarder. From humble beginnings in Brazil, Bufoni practiced hard and developed her skills into one of the most well-rounded competitive street skateboarders in the world. Now, her sights are set on the next level of professional skateboarding: competitive domination.

Ryan Sheckler YOU GOOD? Video Part: Go behind the scenes of YOU GOOD? with previously unreleased footage of attempts, slams, makes and throwaway clips from Ryan Sheckler's part.

Mason: Although at first glance you might think Mason Silva is all business, he’s developed a reputation for his quiet intensity and almost-obsessive precision. For the drop of his new part, “Mason,” we talked to fellow teammates, tourmates, friends, and family about what makes Mason tick and why good waves are pretty much the only thing that will get him out of bed early in the morning.

Close To Home: Often, we dream too faraway to appreciate what is in our own backyard. The simplest way to explore is to look around you. Mobilized by this philosophy and the sensory experience of snowboarding, Nicholas Wolken spent the past two seasons enjoying what nature had to offer only a train ride away from the town where he grew up. The result is Close to Home. The eight-minute short follows Nicholas and Forrest Shearer as they stay in a family friend’s alpine hut in Fideriser Heuberge and surrender to simplicity. As Nicholas puts it, “In snowboarding, less is more.”

Lachlan Morton’s Kokopelli Trail Adventure: The Kokopelli Trail is usually a 3-day feat from Moab, UT to Loma, CO. Lachlan Morton finished it in one and on his terms: pushing the limits on his bike without getting too wrapped up in setting the fastest time ever. But since he’s Lachlan, he ended up with the new record.

On Falling: Featuring EWS stars Andréane Lanthier Nadeau (ALN) and Miranda Miller, plus pro rider and Olympic ski cross medallist Brittany Phelan, this short ﬁlm tells the story of these three women as they muse on their experiences as professional riders, and the risks associated with the sport. Blending white-knuckle riding, crashes, and quiet self-examination, the film unfolds as a meditation on the rush of control that comes with completely letting go. 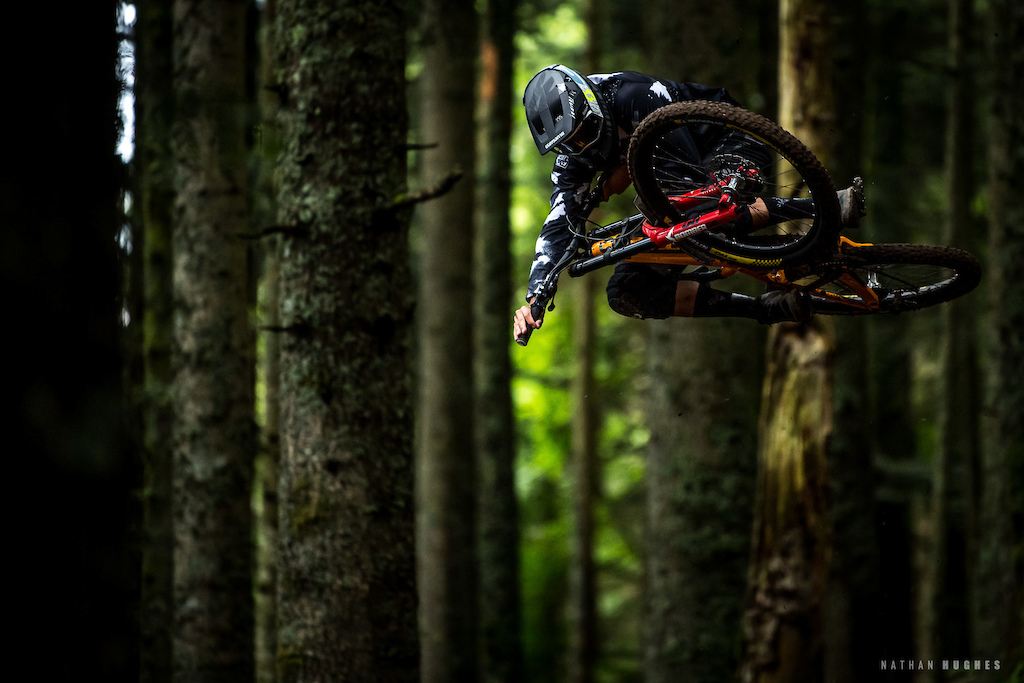 (I love well placed slo-mo, though)

stalkinghorse (Jul 21, 2020 at 9:49)
Also loved the straightforward description. Refreshing. "I'm 12 and this is me riding at this location."

ranke (Jul 20, 2020 at 20:43)
got halfway down my first run in my early twenties and sprained my knee so badly I thought I broke my leg. buddy thought I didn't need a lesson since I grew up skating, and I just went for it. Never did it again. Almost 50 now and man... I wanna do that.