Join Pinkbike  Login
Max McCulloch - 50% Up: In the spirit of social distancing, we teamed up with Max McCulloch on a self-shot series of videos. Here's the kick off! We sent him to ride up some hills and this is what he came back with.

Kidreel: Trond Hansen's Kidreel lets you tow your kids on a bike.

Sending it in Kamloops

Born from the Backcountry - Vanderham and Sandler Scout, Build and Ride a New Alpine Trail: British Columbia’s Kootenay mountains contain some of the world’s most unforgiving - and beautiful - terrain. The peaks, ridges and valleys of the region are remote, extensive and rugged, creating the opportunity for a backcountry experience like no other. Less than four miles as the crow flies from Retallack Lodge lies Antoine Basin, a heavily mined, yet seemingly untapped valley, especially when it comes to trail building. Born from the Backcountry, a new film from Freehub Magazine, follows Thomas Vanderham, Veronique Sandler and the Retallack build crew as they spend a week camping and creating in this place of endless potential.

Mojo - All In The Family: To showcase the newest iteration of the Mojo, we sent a bike to the Wallner's. Robin is our EWS Team Captain. His partner Elin is a skills coach and mountain bike guide. In between taking care of their son, they've been fighting over who gets to ride the magical Mojo! The entire video was filmed by Niklas Wallner, Robin's younger brother.

Jeremy Jones x Turbo Levo: The roads to recovery can be long. Some are paved with gold, some are formed from dirt. This is what iconic snowboarder Jeremy Jones' looked like.

Mat Hoffman - The Quest For High Air - World of X Games: In 2015, skateboarder Danny Way constructed a new ramp in his lifelong search for high air on a skateboard. When it was finished, Way invited BMX big air legend Mat Hoffman along to try out the new ramp. This is Hoffman's account.

Jay Miron - The Next Chapter: In 1995, Canadian BMX rider Jay Miron won the first X Games gold medal in BMX, for BMX dirt. He beat out the top dirt riders of the time, in a class he typically didn’t enter at competitions. How? He’s Jay Miron, one of the best all-around BMX bike riders in the world, still to this day. He never took one discipline and ran with it. He did it all.

Kansas Kills: What happens when you send five of Eclats top pro's and an up and coming rookie into Kansas... you know what happens. Video: Darryl Tocco.

Classics - Ali Boulala - Sorry: Here's a wild mix of creative skating, gnarly stunts, dork tricks, and slams. This part also includes one of the biggest ollie attempts ever, so of course Jaws introduces this Flip Classic from 2002.

Classics - Andrew Reynolds - The End: The board control of Reynolds involves one of the best snap-flick-catch styles of all time. Theotis introduces Drew's part from Birdhouse's 1998 epic vid.

Good Morning - Richard Permin: In Good Morning, his latest video project, Richard endlessly repeats his morning routine. Right after getting out of bed, he clicks into his skis and rides down the snow-covered rooftops of Avoriaz. Richard is throwing one backflip after another at a vertiginous height before executing insane tricks on the wooden facades and in the streets of the French ski resort. This ambitious project began three years ago, but in January 2016, Richard broke his two heels on a severe landing after jumping from one of the rooftops. After hundreds of hours of physical therapy, he’s making a spectacular come back among the elite of freeski, to complete this unfinished chapter of his athlete life.

A Love Letter To Winter: The North Face team rips.

John Shocklee - A Fairy Tale: Refusing to act his age has worked out well for John Shocklee. The 52 year old has devoted his life to doing what he loves, and what he loves more than anyone else is skiing (just ask him). Powered by old school hip hop and a passion for fresh powder, Shocklee makes turns down untrodden and untamed slopes with the vigor and freedom of a man half his age. He’s found the fountain of youth along a foot and a half of powder, and has no plans to grow up anytime soon.

In My Nature: A short documentary about sculptor and illustrator Lars Baggenstos. Director: Derek Frankowski. 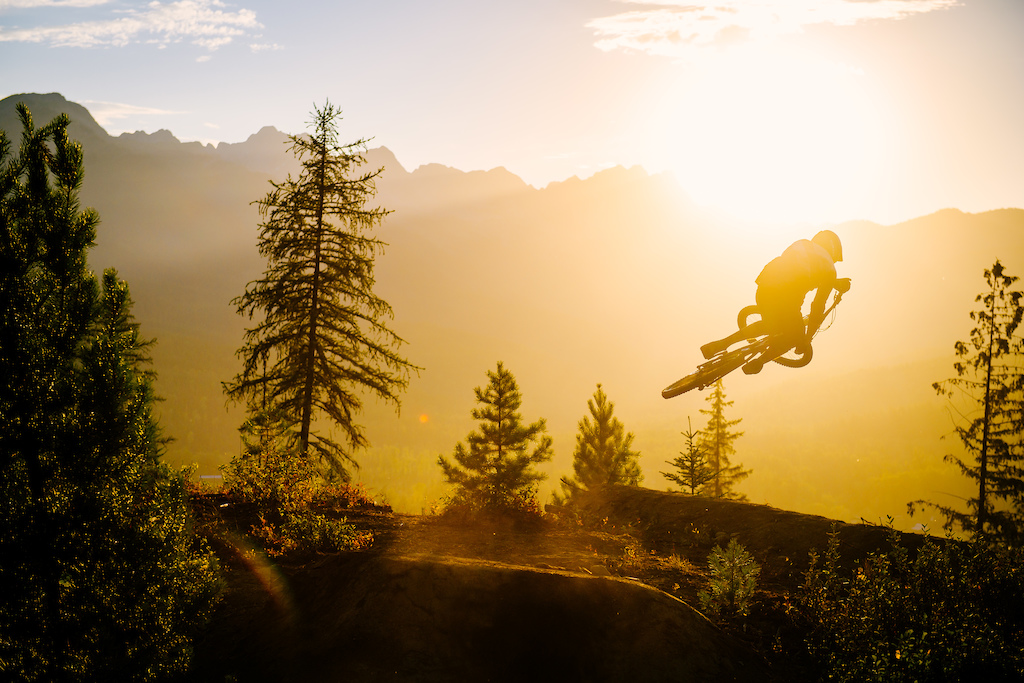 DirtbagMatt (3 days ago)
Thanks for being top comment. At 45,
I’m constantly coming Up short at best, breaking myself at worst. Matt’s been an inspiration all my life and hearing his approach reminds me that I’m not failing, I’m just doing what I can. We keep moving...

Mavic101 (Jun 29, 2020 at 7:21)
My dad would pull me up the hills with a motorcycle tie down strap and then stash it in his fanny pack for the downhill. Too bad Kidreel wasn't available 30 years ago. I'll be pledging on Kickstarter so I'll be ready to pull my one year old daughter as soon as she's ready.

iantmcg (Jun 29, 2020 at 7:24)
Is it just me or does Jeremy Jones voice sounds way different from his further, deeper, higher narration days?

iantmcg (Jun 29, 2020 at 8:54)
@owl-X: no, been a while since I’ve seen the further series though, maybe my memory of his voice if fading, maybe it just sounds different when every third word isn’t coulior and berschrund. Grew up on Jones, was always my favorite rider, even through the Shaun White and jib eras. To be honest life got in the way and I didn’t even know about him getting caught in a slide, always thought he was real calculated in how he assessed and mitigated risk, not to say that wasn’t the case here, or in anyway commenting on the accident at al, don’t know much about it, not wanting to debate that.

laxguy (Jun 29, 2020 at 8:56)
different Jeremy Jones. there is a "backcountry" jeremy jones and a "street/urban/park" jeremy jones

owl-X (Jun 29, 2020 at 9:42)
@iantmcg: another upvote because they just copy and paste these blurbs and I'm embarrassed for acting like everyone should know the difference between the different Jeremys Jones. Anyone, for that matter. Apologies.

iantmcg (Jun 29, 2020 at 9:48)
@owl-X: come to think of it I think at one point in my life I think I did know there were 2 different guys. Think that left my brain a while back. Anymore though I only really watch big mountain snowboard lines. Maybe a few viral clips here and there and the olympics if I happen to catch it. I don’t think I could name any of the contest or park type riders.

tewks (1 days ago)
LOL So some of us watch the videos that Pinkbike has on how to do a manual. And in Kansas Kills, the one rider does a "manual" while skidding down the railing on his rear axle extender. I feel small.... LOL

DroppingThreeTwoOne (2 days ago)
Jeremy always came off as a melodramatic to me. Claiming he must go into the backcountry! then whine the whole time that his family must miss him.

Sshredder (2 days ago)
Nelson . What the North Shore was but will never be again. Sick video, sick features.

markz (3 days ago)
Jay Miron...” The Beast” of fine furniture...LEGEND