Join Pinkbike  Login
Lane Bodor 2020: Just a quick little mashup to end off the year, thanks to everyone who helped make the best of 2020

Vincent Pernin - Watching Too Much Motocross: Sound on! “I’m a big fan of motocross there’s no doubt about it. I think when I was a child I always imagined I was on a dirt bike when I was riding my bike. This edit makes me laugh and reminds me of my childhood. We had lots of fun filming and creating it." - Vincent Pernin

Watching too much motocross!

Freeride Is Dead: Summer trip through British Columbia and Yukon.

RAAW Laps In East Sussex With Lewis Webber: Lewis Webber getting rowdy onboard the RAAW Madonna V2 on some of the steepest, sketchiest tracks Sussex has to offer.

Josh Woodward - 2020: I spent a lot more time on the bike than behind the camera this year and honestly wouldn't have wanted it any other way. In these strange times, a couple of friends and your bike fixes a lot of problems.

Lockdown 2.0 Autumn Shredit: Lockdown 2.0 just hit the UK so we celebrated by shredding the local trails. Riding over a couple of days, prime conditions in the mist. It was too good to just stay behind the camera.

Weird & Revered in Israel: In February 2019, Thomas Henderson, Justin Schwanke, and Jesse Baraniuk of the Weird & Revered crew travelled from Canada to Israel to film for their full-length DVD project, Vagabond Squad. This short web video is a collection of footage that didn't make the cut for their DVD.

Jill Kintner - Sound of Speed: Known for her speed, style, and creativity, Jill Kintner has become a staple name on the global MTB scene. Watch as she tears up her local trails in Bellingham, Washington, with filmmaker Clay Porter behind the lens.

All Wheel Drive - Dan Paley: Let’s get one thing straight, Paley isn’t a mountain biker. He’s not a BMXer. He’s a man possessed with the need to just get his kicks and doesn’t care about the neat little categories other people have made fences around so it’s easier for them to build divisions of people. He’s a biker, but he’s also a boxer, clean eater, joy bringer, and a vocal supporter for his friends that are doing good things in positive ways. Which is why we are big fans of him. Paley grew up BMXing and soon became a fully sponsored rider with Glasgow based BMX brand, BSD. He traveled the world knocking out video parts that would delight and confound viewers and still to this day he’s not slowing down. But when a very nasty accident nearly ended his career (and could’ve ended up with a leg amputation) he started to mountain bike with friends to “gently” recuperate. But of course, Paley isn’t one to take it easy and before long he was knocking out moves on his mountain bike that captured the attention of other riders, including Josh “Loosedog” Lewis. Josh recognized the talent both on and off the bike that Paley has and soon he was informally initiated into the 50to01 crew, which means traveling around the place filming parts and keeping riders psyched on the creative possibilities of mountain bikes. As Josh Lewis says in the film, “I think a lot of BMXers are getting into mountain biking ‘cause they realize it’s the same [as BMX]. You can find spots in the woods that are the same as you’d find in the streets but without the chaos”. Dan Paley is a ball of energy and we’re so pleased that he is redirecting some of that positivity and power to mountain bikes.

The Back Forty - Ep. 1 - Nelson: Casey Brown, Micayla Gatto, and Georgia Astle head out on the road to explore British Columbia and Yukon’s beautiful mountain bike communities. The plan is to start at the very bottom of the province and make their way up to Whitehorse, where there is word of amazing new trail networks and unique alpine riding. With global travel being shut down, it was an amazing opportunity to stay home and enjoy the world-class terrain. First stop: Nelson. Video: Will Binamé.


Greg Illingworth - The Woods: ''The Woods have been my sanctuary during this year of uncertainty and restrictions. It's a place where I can create lines and constantly improve on them. It's somewhere I can connect with nature, feed my soul, and push my body. There's nothing better than getting to the end of a run where my bike, body, trails and the surroundings have felt like one connected organism. That's the feeling I strive for whenever I'm heading in to the woods but any day in the woods is a good day really.'' - Greg Illingworth

Cult Crew - Big Mood: Ollie Shields loaded the van with a heavy crew of UK shredders and rode anything and everything that was in their way.

Tanner Hall - Eternal: When Tanner wasn't on the Freeride World Tour, he spent the 2019/20 season doing mind bending tricks in the streets and in the backcountry. This is Eternal.

Pillow Talk: Travis Rice, Robin Van Gyn, Austen Sweetin, and Blair Habenicht explore the vast terrain of British Columbia, where Travis discovers what he calls the most savage pillow line he's ever ridden. This powder mission dream team was in B.C. to scout the potential site for a future Natural Selection event, but they were sure to take their work gloves off for some backcountry research and development of their own. Press play and take a trip to Canada to see it all through their eyes.

Yeti Presents - Moose: When the waters continued to rise as Hurricane Harvey made its second landfall in Texas, Brandon “Moose” Johnson’s truck quickly became the rescue vehicle his town didn’t know they needed. 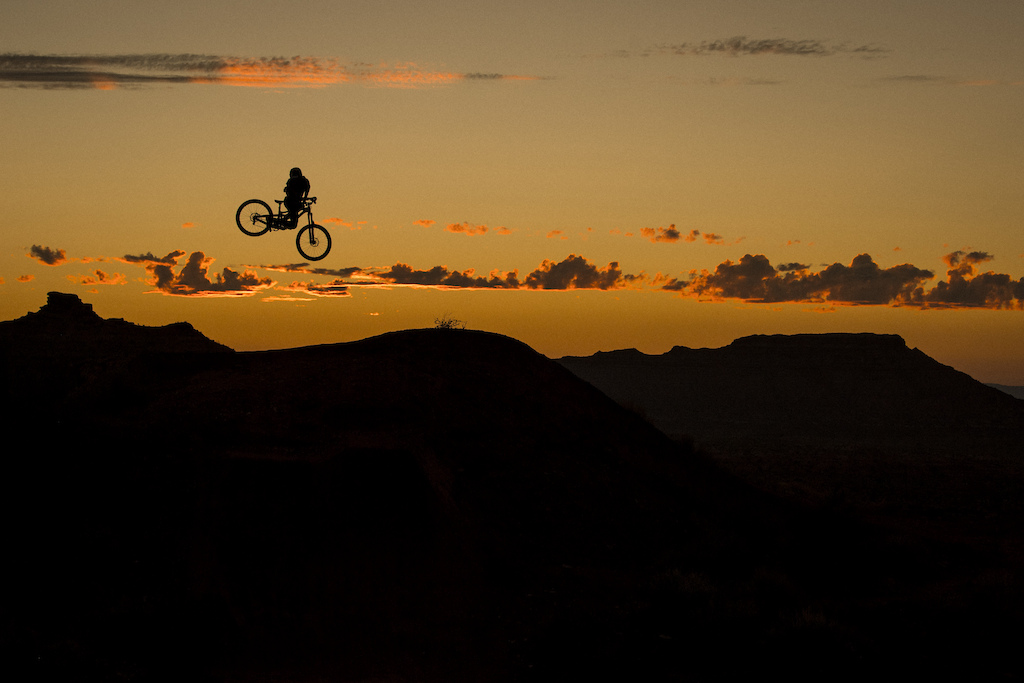 odbrider (Nov 18, 2020 at 6:22)
Moose... what a different video...my take from this is when the shit hits the fanTHESE are the people who will make things happen and they sure as hell arent Biden or TRUDOPE supporters.