Join Pinkbike  Login
Strahan Of The Dead: Zombie Survival Guide Rule #7 - Get out of the car and onto the bike.

Strahan of the Dead

Strahan Of The Dead - Behind The Scenes: Special thanks to Greg Parish, Mike Kootnikoff, and Scott Secco for being our zombie extras.

Strahan of the Dead - Behind the Scenes

Dylan Siggers - The Mainline: Riding some of my favorite trails in Fernie.

Location Unknown - A Film By Nate Scarola: For many, the first snow means it's time to break out the skis. Dan Brown has another idea for the first snow on the east coast.

Ollie Mant - Summer 2020: Well, racing was cancelled this summer so me and Ollie hit up a few spots in Devon.

Whistler Closing Weekend 2020: Okay, fine. It wasn't actually the weekend, but it was pretty damn close.

Corey Walsh - It's Later Than You Think: That slam he took at the beginning of this “It’s Later Than You Think” section was brutal. Yet, even with mutilating his jaw from that crash, he came back and wrapped up a fierce section, which is all about high speed, keeping it simple and riding his own way, in a wild fashion, of course. As witnessed in his “ILTYT” part, Corey is also becoming a master of sniffing out insanely large transfers where no person has gone prior, and executed them with such a casual and controlled style. And those obscenely kicked-out whips; who can ever get enough of those?

Corey Walsh - Raw 100: Bringing BMX pro Corey Walsh together with filmmaker Rupert Walker always sounded like a good idea, and boy were we right! Check out their seamless park edit in this new raw 100.

Corey Walsh - 2019: Corey's been shredding all year. He sent us the clips and this is what turned up. Not a bad way end the season!

Who Is Skate Moss? Since May 2017, Victoria Taylor (aka SkateMosss) has been documenting her journey as a skateboarder on Instagram. Get to know the woman behind the account in our latest profile.

Ish Cepeda's "DC" Part: Ish has been busy since the Scramble, lacing sharp lines in Philly while hopping high bars with absolute command. Our guy is a rare talent.

Real Skateboards - Christian Henry: Christian’s been on a tear all year and this triple-kinking, sack-risking REAL part shows the extent of his power. Spot earned in full.

Yeti Presents - Odd Man Out: Camille Egdorf grew up on her parents’ remote fishing camps in the Alaskan backcountry, started casting lines when she was just four years old, and has been dominating the outdoor community ever since. She’s traveled the world over as an angler and guide - from the Seychelles to Kamchatka, she’s landed some legendary catches and racked up some unbelievable stories. Camille undeniably pushes the limits of what we expect out of a contemporary angler. She’s as smart as she is strong, friendly as she is fierce on the water.

Dylan Siggers - Intent: Every run visualized, every movement crafted. The tracks in the snow are unconventional but distinct - they were made with intent.

Left Right Left ft. Rob Heule: Growing up in the foothills of the Rockies is all about making the most of what you have”. From skiing high-alpine ice fields to surfing standing river waves fed by the melt of the Rocky Mountains, Rob Heule and friends ride the water cycle in one of Canada’s land-locked provinces; Alberta. Join Rob as he explores Alberta via his truck bed camper (aka, The Eagle) with little more than skis, a surfboard, and the desire to make turns, in his new film, Left Right Left.

North Country: 100-year businesses don’t exist. The retail industry is dead. In the rugged White Mountains of northern New Hampshire, Lahout’s has remained open 365 days a year since 1920. While e-commerce and conglomerates have stripped the country of local, independent retailers, a family of Lebanese immigrants have prevailed for a century, beating the Great Depression, World War II, the Dot Com Crash and Great Recession. Award-winning director Nick Martini and cinematographer Cam Riley have teamed up with executive producer Anthony Lahout to captivate a nation consumed with hashtags instead of history. This film tells a timeless short story of the American dream and the family that put a community on skis. After 100 years, Lahout’s is still a family business moving onto its fourth generation. Through past and present, we learn the true root of the store's success. As the original passes on, we question and discover the backbone of its longevity. We hope to inspire immigrants, millennials, family businesses, and outdoor enthusiasts that all in America is not lost. 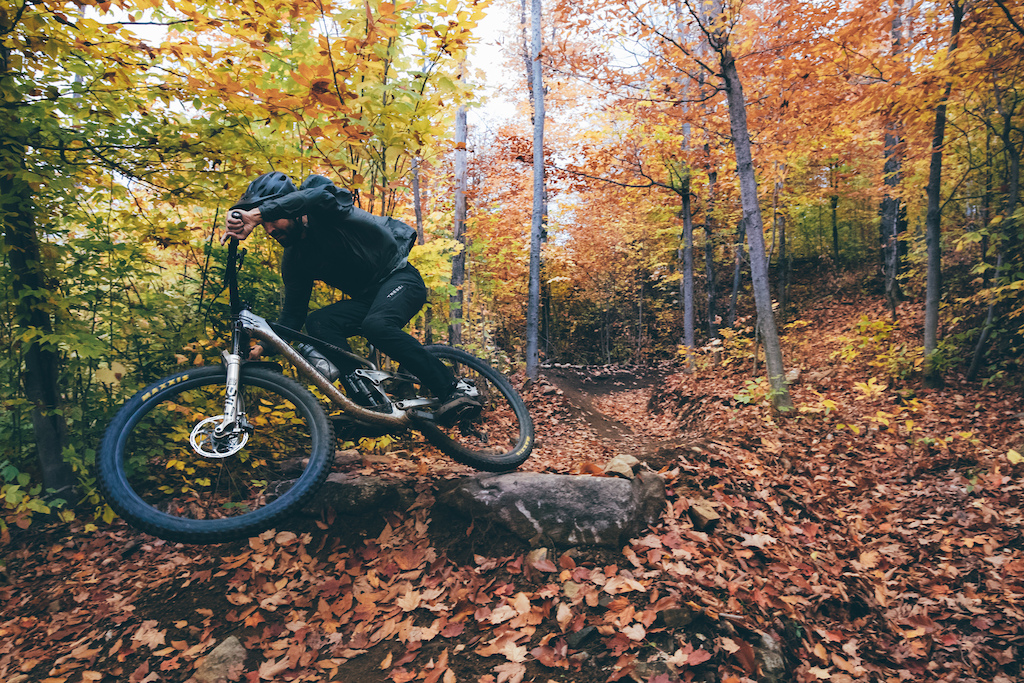 Missing the truest out there from this week‘s release

snowboardjon (Nov 2, 2020 at 9:54)
Yeah, I’m usually not a huge fan of ski movies, but that was sick, enough different moves in there to keep me interested for the duration. The bike shred it was short but sweeeet!