Join Pinkbike  Login
Mons Royale - Robin Goomes & Women's Freeride Progression: We touch base with Robin Goomes to get a brief insight on her journey to the top of the women's freeride scene, and what's in-store for the future.

Arthur: Arthur - A name derived from an old Celtic word meaning "Bear." Spending hours and hours alone waiting to see a bear, hiking in the woods laughing with your friends packed up with gear, or waiting for the right moment when the river valley begins to shine and show her beauty. I wanted each shot to be difficult and have a story behind it. I wanted to make something beautiful to share with the world. I hope you enjoy. Riders: Dillon Butcher, Daniel Fleury, Cole Nichol, and Mark Wallace. This one means a lot to me!

Dillon Butcher - Style Speaks Louder Than Words: Dillon Butcher flies under the radar. He's quiet, humble, and hardworking. But speaking of Dillon and flying, there are few who do it with more style. Video: Max McCulloch.

On The Road with Micayla Gatto - Part 1 - Vedder: Follow along with Micayla as she travels through BC and explores her favourite places. Part one in this travel and mountain bike adventure is Vedder! Video: Ollie Jones. Photography: Hailey Elise. Location: Vedder, BC.

The Pacific Northeast: Tucked away in the upper left corner of our country is our home of Bellingham, WA. Known for its mossy trees and lush ferns that cover the mountainous landscape. Three thousand miles away, the opposite side of our country is famously known for its fall foliage and leaf covered woods. Hailing from Vermont, Myles Trainer grew up riding the slippery leaves that blanket those trails every year. Now living in Bellingham, we got out to film with him here during the short window of trail conditions that he knows best.

Eight Days In The Desert: A long week for diggers, riders, and media team. The vibes were high and everyone threw down. This is Rampage 2021.

Live Fast - Part 3: Live Fast, the third instalment of a three-part film series featuring Vans team riders Corey Walsh, Trey Jones, Jason Watts, Dennis Enarson and Gary Young, as well as Kris Fox and Matt Cordova from Fast and Loose BMX. Created in partnership with renowned filmer and editor Chris Gregson, Live Fast captures the free spirit of the tight knit crew in this latest compilation as they search out the best bowls, backyard pools and rideable terrain while visiting legendary spots like Ohio’s Skatopia. In the final instalment, the Live Fast crew takes it back to the essence of transition riding with heavy pool riding.

Sean Ricany - VX: Sean Ricany laying down lines in SoCal. Dak capturing and cutting it all on his classic VX for your entertainment.

Ray Barbee - The Joy Is In Capturing The Journey: Ray Barbee shares how he got into photography through his passion for skateboarding.

Mark Suciu's "Curve" Habitat Part: Hot on the heels of his Blue Dog part, Mark sets his sights on the Rust Belt's crusty spots and overlooked streets. That ender’s a killer combo.

Neck Of The Woods - Montana: Montana is known for its remote landscapes and towering mountains. Maria Lovely is a charismatic and rugged 6th generation Montanan, who grew up in the foothills of Big Sky. Her childhood was shaped in the outdoors and skiing was a mechanism of competition, adventure, and fun. Whether it's ranching, hunting, flying, or skiing, Maria and her father, Mike, are most often found together doing what they love in the backyard that many dream of. Video: Peter Wojnar.

Sarah Hoefflin - Moitié-Moitié: Moitié-Moitié, meaning half-and-half, is the name of the traditional Swiss fondue awaiting Sarah after a long journey descending through alleyways, over rooftops and under trains to reach her dinner reservation on time. Taking inspiration from the late J.P. Auclair’s iconic street segment from All.I.Can. by Sherpas Cinema and Imagination by Tom Wallisch, Moitié-Moitié is Sarah Hoefflin’s take on freestyle skiing through the adorable Swiss ski town of Leysin.

Brandon Semenuk - Raw 100 Rally Edition: After six contributions to the Raw 100 series and recently taking the top of the podium at Red Bull Rampage for the fourth time, fans are used to seeing Brandon push the limits on his mountain bike. For his latest contribution to the Raw 100 series, Brandon heads to a remote road in Quebec, Canada to put his talents behind the wheel of a rally car on display. Video: Rupert Walker / Revel Co.

Irakli's Lantern: High in the Caucasus mountains of Georgia, 78 year old Irakli Khvedaguridze lives alone as the last year-round inhabitant of Europe’s highest settlement. As a winter storm rattles the windows and walls of his small house, Irakli retreats into himself, reflecting on the future of his homeland and the patriotism that compels him to remain when all others have left. 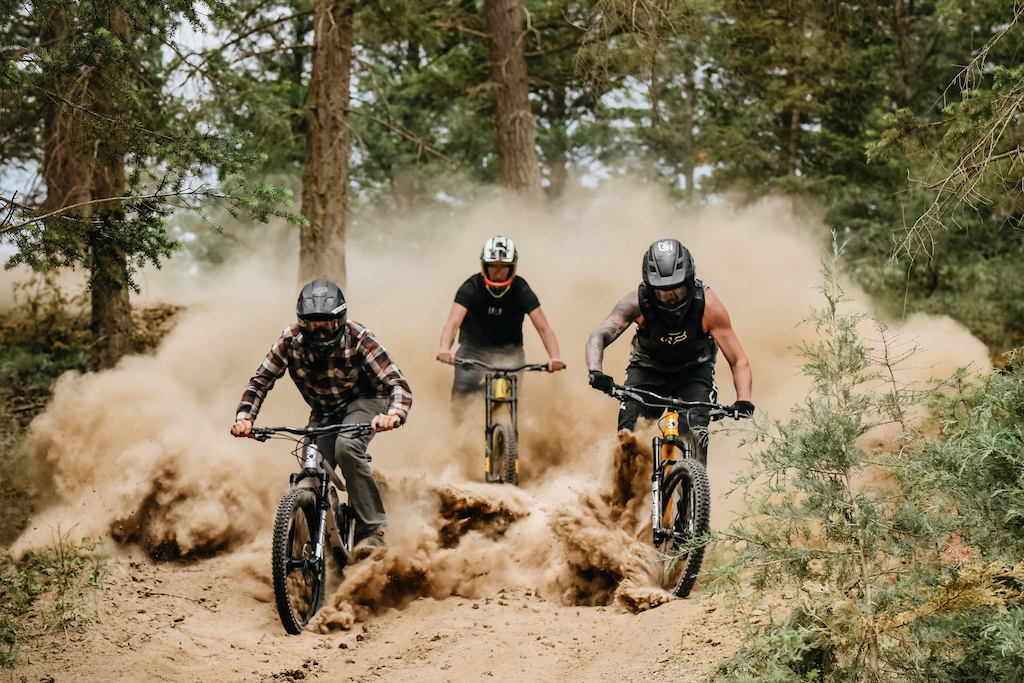 scottsecco (Nov 22, 2021 at 11:21)
Thanks for the recommendation! That was actually the first video in last week’s edition of Movie Monday. Great riding for sure.

BrambleLee (Nov 22, 2021 at 8:29)
The thumbnail photo reminds me of the painting over Eli Cash’s couch in The Royal Tenenbaums.

Backdoor (Nov 22, 2021 at 17:21)
Thanks for posting RISE! Never seen it before - that was the most footage of the Grouse WC I've ever seen. Cool to see some spots that are 20 years old still running!