Sendigo 3: A project by Bendigo Noble and Ruben Guibert in the mountains of BC. Some lines never before touched by rubber shredded in the name of freeride. A few months of recovery are mandatory after this one...

Life After Hockey: Scott Cooke on life after hockey, and moving to Kamloops.

Commuter POV: A trail I built at my shuttle spot a while ago. Finally got around to getting a POV. Don't drop 'till the train goes by lol.

Changing Seasons feat. Mark Matthews - RAW: Mark Matthews has the eye of an artist when he builds his trails. He finds a picturesque landscape, identifies a line that complements his riding style, and spends hours in the forest, turning his vision into a creative masterpiece that translates beautifully to the screen. His newest line and the surrounding trail network provided the perfect setting to showcase speed and style against the backdrop of a lush Pacific Northwest forest. Complemented by the raw sounds of Mark’s bike on the trail we hope you enjoy ‘Changing Seasons.’

RAW MTB Behind the Scenes With Mark Matthews: We followed the rules of a Red Bull Raw100 edit for this project - 100 seconds of footage, no slow motion, and only raw bike sounds captured on the trail. So much work but so much fun to shoot - cable cams, lots of shooting from ladders, and a bike-mounted microphone. I hope you enjoy this behind the scenes showing a bit of our process.

Balance - Bike Ski Life: Starring: Sage Cattabriga-Alosa, Ingrid Backstrom, Hannah Bergemann, and Cam McCaul. Throughout time on this planet life has had an intrinsic link to the harmony of balance. As humans, we need, and seek, to find things in our lives that create this harmony. It’s our key to happiness, and a life lived well. This film follows four characters who demonstrate different aspects of balance in their lives. The harmony of doing what you love and raising a family. The challenge and excitement that comes from building trails. The influence of making music as a creative outlet. And the symmetry of seasons, and the activities we do that bring us joy.

Tate Roskelley - BMX In A Grocery Store: This is what happens when you give one of the most creative riders in BMX free reign in a grocery store. Where the average person sees shelves of goods and linoleum floors, Tate Roskelley finds all the ingredients needed to produce some top-shelf riding unlike anything you've seen before.

Tate Roskelley - Headlights: “The most creative rider ever.” Tate Roskelley lives up to his reputation with his Headlights video part that will leave you baffled and replaying again and again.

Alright, OK: Vans Skateboarding proudly presents Alright, OK, a new skate film featuring global signature team riders Elijah Berle and Gilbert Crockett, with a special guest appearance by Justin Henry. Directed by acclaimed filmmaker Greg Hunt—whose talent brought to life Vans’ first full-length skateboarding video, Propeller - Alright, OK is yet another masterpiece, encapsulating an epic labor of love by pro Elijah Berle, who worked tirelessly over two hard years to land arguably the best tricks of his career. Elijah shares the screen with Vans teammate and Richmond native, Gilbert Crockett, whose contrasting, eccentric style flows alongside Elijah’s timeless form like yin to yang. Director Greg Hunt reunites the two for the first time since the release of Vans Propeller in 2015, finding skate spots from all over the globe in Australia, New Zealand, Spain, Portugal, New York and their home states of Virginia and California. Skateboarding has a gift of bringing together the most unlikely people from around the world, through the love of the simple act of rolling.

My War - Zane Timpson: Zane respects the legacy of the Hunter’s Point Sundial and adds to its history with the heaviest huck so far. You gotta be willing to bleed.

Zermatt To Verbier: The Faction Collective follow in the tracks of the mythic 'Patrouille des Glaciers' race, across the high alpine traverse linking Zermatt to Verbier. Along the way, this team of freeriders discover a unique alpine history and ski some of the most impressive peaks in the Alps. Starring: Sam Anthamatten, Elisabeth Gerritzen, Yann Rausis, and Anna Smoothy.

Gigi Rüf - As The Crow Flies: There isn't a whole lot to say about Gigi Rüf that hasn't been said. But let's just let his riding do the talking instead.

Facets: Each of us are part of a greater whole, a community that grows stronger together especially when it’s open to all. Leanne Pelosi, Jess Kimura, Marion Haerty, Mary Rand, and Amanda Hankison show us just that. A unique look at these inspiring athletes that make up one hell of a portfolio. This one is for the next generation of riders carving their own paths. 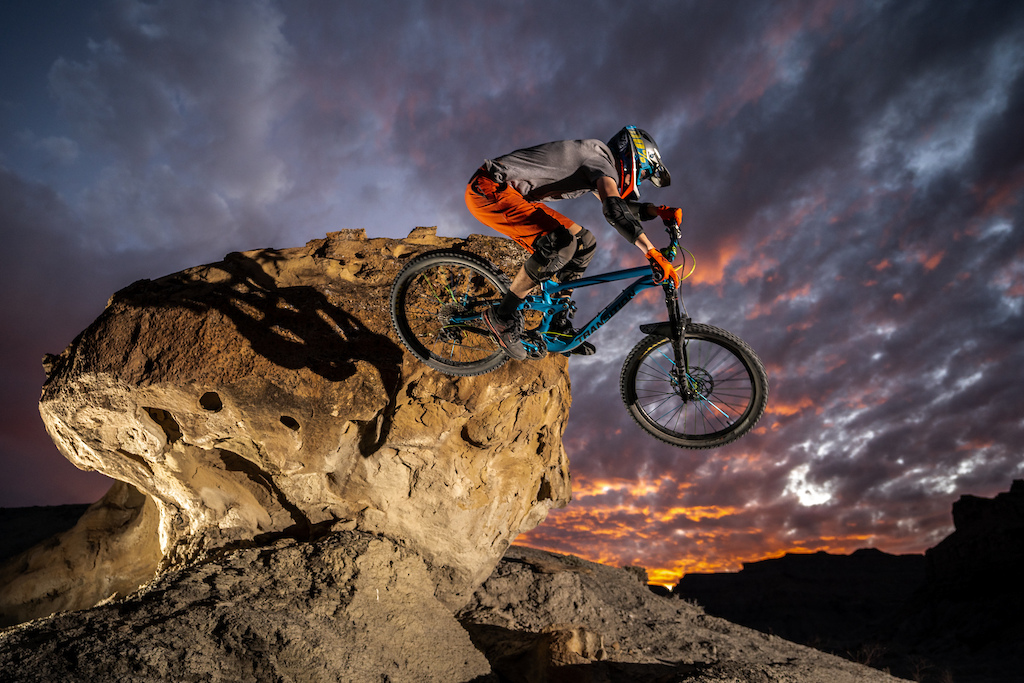 MisterChow (Nov 30, 2020 at 19:56)
Wow! Hannah showing some fortitude in Balance! Getting slammed over and over again and getting up and nailing it! Fuckin' Aye!