Fall Ride - Rafa Infante: @rafaelo-infante catching the last of the high alpine riding in the CO Rockies before the snow covers the trails. Prime time conditions!

Evgeny Kurnikov - GT Zaskar LT: The perfect bike to try your hand at all disciplines of mountain biking, from tourist bike rides to dizzying stunts on trampolines. Thank you for shooting: Valery Bekishev, Sergey Popov, Svetlana Utyuzhnikova, and Timur Vashenkov!

Steve Vanderhoek - Moustache Ride 2: The moustache is back! Steve is all about giving back to the community and in the month of November his focus is to help raise awareness for men's health – in prostate cancer, testicular cancer, mental health, and suicide prevention.

Matt Bolton - A Day On Patrol: When we were designing the latest Patrol, Matt Bolton was one of the first people we thought of. The way he rides the gnarliest rock rolls with ease is second to none, so we made sure he got one of the first bikes, and we told him to show us what his day on Patrol looks like.

Cory Wallace - To The Moon: Cory Wallace took the idea of Everesting and added his own twist… a world-record attempt at both Everesting and double Everesting. That’s right double Everesting — nearly 60,000 feet of vertical gain in one go. Sound impossible? Crazy? Welcome to Cory’s mind, where the impossible becomes just another interesting idea and insane is all in how you frame a challenge. Battling smoke and summer heat, Cory set out to achieve what most of us would deem impossible.

Speed, Distance, Time - Thomas Vanderham & Wade Simmons: A family camping trip offered the perfect opportunity for Wade Simmons and Thomas Vanderham to test out their new Powerplays. Wade went the distance, exploring the rugged Rocky Mountain alpine on his Instinct Powerplay, while Thomas pushed his Altitude Powerplay to warp speed, hammering corners and sending every double that laid in front of him. All while saving time to hit the links, search for some trout, and get some quality family time in.

Wonder - Braydon Bringhurst: Every so often you come across a rider whose style and fluidity on a bike leaves you wondering how they do it. How can someone defy gravity, manifest a physics equation into real life, and navigate the most technical descent – uphill – effortlessly and with the utmost humility? Braydon’s latest edit, Wonder, is a visual portrait of his love for riding and how Flight Attendant frees his mind to take flight.

Swampfest 2021: Things are different in Florida.

Raw Chaos - Swampfest 2021: Swampfest is your one stop shop for BMX chaos. Hit play and watch everyone send themselves through vortex’s, death rails, swamp jumps, and everything in-between. Again, huge shout out to Trey Jones. He puts in his heart into this event and it shows. Thank you Trey and everyone involved.

Maxallure's "Born Free" Video: Marcos catches clips on New York’s hottest spots and keeps the spree going in Florida before Jon puts down the final blows with a torrent of technical work.

Pathfinder - Life Beyond Fear: Pathfinder is a tale about the human spirit. The film follows six world-class slackliners on a mission deep into the Norwegian mountains to attempt something that's never been seen before: Walking a thin line, elevated in the vastness between two colossal cliffs, illuminated only by the mystical northern lights.

Badwater Basin to Mt Whitney Summit With Alex Honnold - The FIFTY - Line 33 Of 50: In the never ending quest to make The FIFTY more difficult, Cody Townsend is joined by legendary rock climber and free soloist Alex Honnold to attempt to link together the lowest spot in North America, Badwater Basin (-282' below sea level) with the highest spot in the continental United States, Mt. Whitney (14,505' above sea level) via a 135 mile bike ride linked to a climb and ski of the Mountaineers Route on Mt. Whitney. Alex is no stranger to sufferfests and joins in on a long time goal of his own, but done in a manner that he is not very familiar with... on skis.

Versatile: Both experts in their disciplines, Victor De Le Rue and Sam Anthamatten are still looking for fun and new adventures. Team athletes and free riders, they are changing the way we move in the mountains. The goal is no longer to reach a summit and then come back down, now they jump over crevasses, ride down steep slopes, climb ice walls to ride them better, and use their paraglider to fly over obstacles.

Markus Eder's Ultimate Run: The Ultimate Run kicks off on the lofty extremities of Zermatt as Markus drops into a sheer expanse of powder, before shredding his way through glacial blocks the size of buses, jumping off ice cliffs, and then slipping into the belly of the glacier, only to reappear above his home resort of Klausberg. Carving fields of fresh powder he joins a session with his buddies at his local snowpark, before boosting back off into the backcountry for some more face shots. The firecrackers keep on popping as he enters the snow covered architecture of Taufer castle and a mining museum. As the sun sets over the mountains Markus slides out onto the valley floor, six years of dream skiing condensed into ten minutes of pure joy and adrenaline. This edit took over 90 days to film, entirely in the Alps in Markus’ home region. “The Ultimate Run is Markus’ dream project,” says Tobi Reindl from Legs of Steel, “and it also became one of the biggest and most thrilling projects we have done so far.”

Ode to Desolation: Ode to Desolation shares the story of Jim Henterly, a naturalist, illustrator and fire lookout as he contemplates the dwindling days of fire lookouts in North America. With the influence of technology and AI threatening to make his role obsolete, we look into the future and ask ourselves what connections we will maintain to keep our human interpretation of the natural world alive. 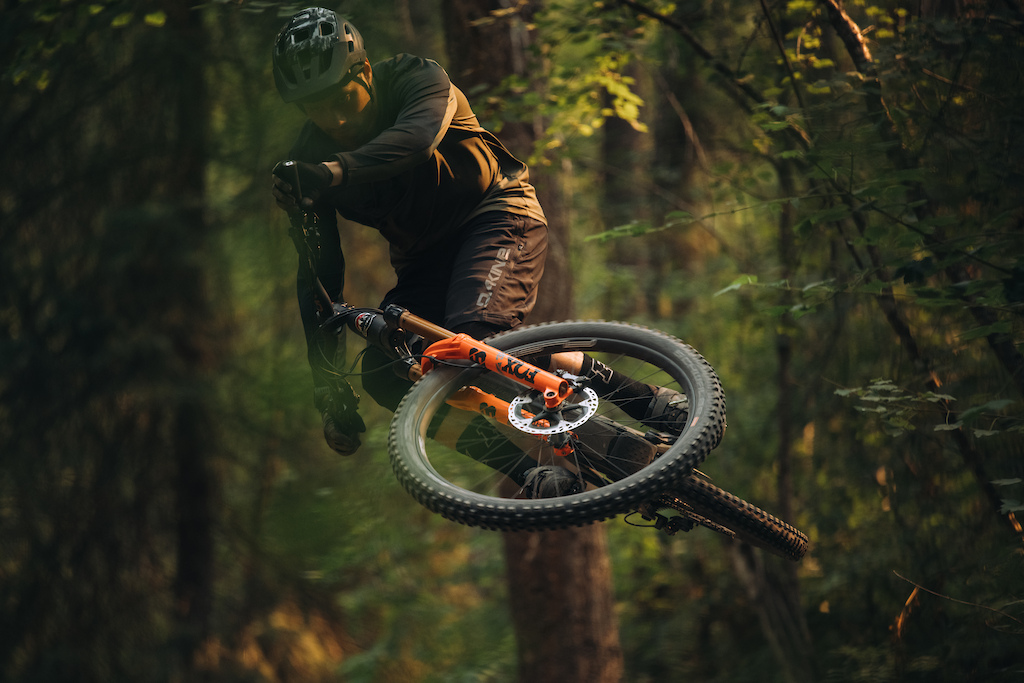 charliewentoutside (Nov 8, 2021 at 6:50)
I'm just trying to imagine what it was like for those folks climbing Mt. Whitney to see someone coming down on skis, and then realize that it's ALEX HONNOLD as he awkwardly skids past you, explaining that he doesn't really know how to ski.

inside-plus (Nov 8, 2021 at 1:45)
I came here with the sole intention of posting some satire about my disappointment in the lack of everesting content this week... Ahh, Nevermind ...I'll see my self out.

RadBartTaylor (Nov 8, 2021 at 13:06)
That Swamp Fest is next level and reminds me of the old school free-ride moto stuff early days of MTB freeride too....zero &$*# about sending it...love it

blazetech (Nov 8, 2021 at 11:22)
SwampFest showing how ruthless action sports can be.
Below threshold threads are hidden