Join Pinkbike  Login
Staggs: It’s been a long time since the last self filmed edit, so I spent quite some time working on this one at multiple locations over a couple months. This one has had quite a bit of progression in riding since the last. Enjoy.

Madeira By Air: There is no better time than air time.

No Hands, No Feet, No Problem: This is Morgan Perrin, skiing Paralympian, new dad, and all around just an awesome dude!

Behind The Lens - Jb Liautard x Andreu Lacondeguy: We love bikes, we love videos, and we love photos. To compare our successful media team to our best riders is not madness, it’s obvious actually.

Lismore Park Jump Jam 2021: Locals put on a ripper of a jam at the start of spring for both BMX and mountain bikes at Lismore Park in Wanaka, New Zealand.

The Run Up Episode 2 - La Course: The Run Up returns for episode two, highlighting La Course, the biggest one day race of the Women’s World tour. Filmed, edited, and launched in the days immediately before the race, we return one day before La Course. Visit with riders and staff from Trek-Segafredo, and Liv World Racing as they prepare for one of the largest one day races of the year. Both teams are opening their doors, providing behind-the-scenes access to riders, and working together to highlight this historic race.

Etnies Grounded - Ruben Alcantara: One of the most influential parts of all time.

Grosso Forever - The Loveletters Series Finale: After a decade of sharing Jeff Grosso’s unique, raw commentary with the world, Love Letters to Skateboarding is coming to a close with this special final episode. Hosted by Jeff’s son, Oliver Grosso, and weaving together the powerful storytelling of Jeff’s closest friends and some of the most influential skateboarders of all time this grand send off honours Jeff’s legacy. Jeff’s love for skateboarding shined through in everything he said and did, and there isn’t a more poignant example of this than his time on the Love Letters. The series will live on as an eternal encyclopedia of everything skateboarding holds dear and a reminder of Jeff’s lasting impact on the culture and its community.

The FIFTY - Ep. 28 - Mt. Stimson - The Worst Approach Ever: In the NW corner of Montana, a ten-thousand foot mountain rises out straight out of the thick forest. Mt. Stimson dominates the skyline like a giant shark tooth turned upside down. The SW Face of Stimson, first skied by Pete Costain and Andy Zimet in 1997, is a five-thousand foot, steep, exposed and sustained face that guards all falls with a three-hundred foot cliff at the bottom. It's a challenging ski line to begin with, but guarding the mountain is a nine miles approach filled with thousands of deadfall trees, thick forests and nearly impenetrable willows. Add in a narrow canyon, a slick cobblestoned creek that must be crossed hundreds of times and no defined trail and you have the single hardest approach for any ski line so far in The FIFTY series. Joined by snowboarder Nick Russell, Cody Townsend and cameraman Bjarne Salen embark on a three day sufferfest of epic proportions.

Douglas Tompkins - Wild Legacy: Douglas Tompkins was a world-renowned adventurer, entrepreneur, and conservationist. The founder of The North Face and cofounder of Esprit, Doug spent the first half of his life building successful, global brands, while simultaneously adventuring around the world, completing first descents of the world’s toughest rivers. In 1968 Doug embarked on a trip to Chile, driving with friends from California to the tip of Patagonia. Documented in the film Mountain of Storms, the trip solidified Doug’s place as a rock climbing legend. In the early 1990s, Doug sold his part of Esprit and turned his entrepreneurial energies to land and wildlife conservation projects in South America, working alongside his wife, Kristine McDivitt Tompkins, the former CEO of Patagonia, Inc. Over the last 25 years, Tompkins-initiated efforts have helped secure 4.75 million acres in new protected areas in Chile and Argentina including five new national parks. Collaborating with several presidential administrations and other partners, the Tompkins Conservation family of nonprofits has helped create six national parks in Chile and Argentina and is working to establish at least five more. A Wild Legacy tells the story of Doug’s incredible life, his lasting impact on the wild landscapes of Patagonia, and Kris and the Tompkins Conservation team’s efforts to continue his audacious mission.

Joel & Ethan Coen - Shot | Reverse Shot: How do you film a conversation? Most likely, you’re going to block the actors, set up the camera, and do shot/reverse shot. But where do you put the camera? What lens do you use? And how do you cut back and forth? Today, I consider the Coen brothers — Joel & Ethan — and see how these choices lend a particular feel to their version of shot/reverse shot.

In a Galaxy Far, Far Away, I Was Almost Anakin Skywalker: It was the late 1990s, and 3,000 young actors around the world were scouted for the role of a lifetime. On the ride home from school, Devon Michael’s mom told him he’d be auditioning for one of the most anticipated movies ever. “The Phantom Menace” — then the next instalment of the “Star Wars” franchise — was in production, and they were searching for young Anakin Skywalker. 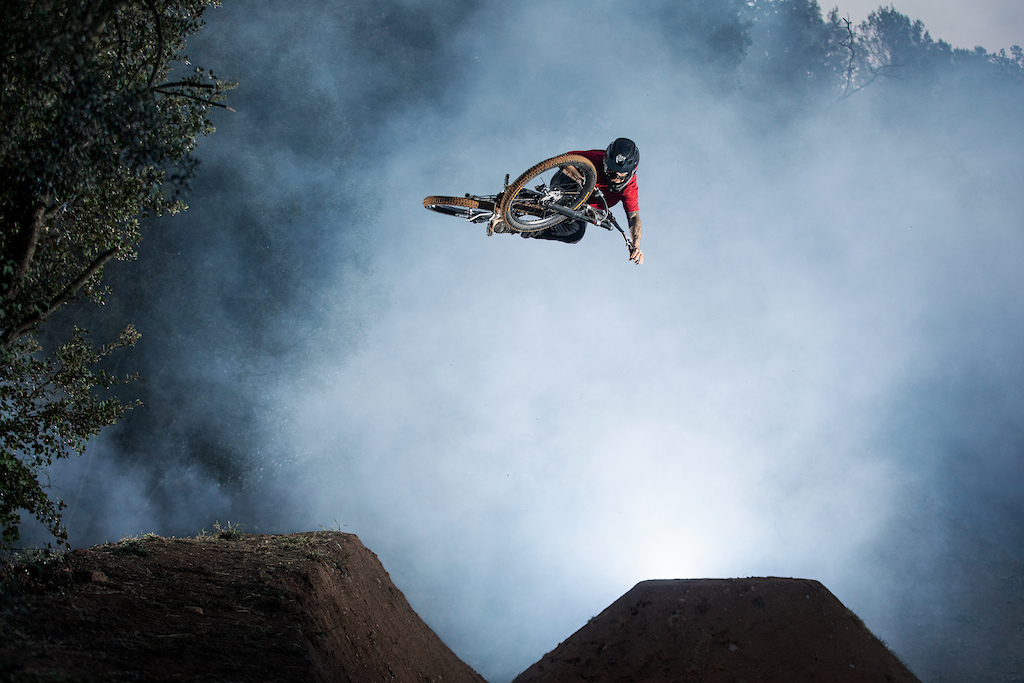 Stumpy2 (Oct 11, 2021 at 3:08)
Thank you Pinkbike for the pure genius random stuff you put on here. Every week I get at least a couple of gems I probably would never come across. Keep up this great work.

lacykemp (Oct 11, 2021 at 11:43)
The Anakin min-doc. Wow. I love good storytelling and that was wonderful. "Maybe that's what the force is. Giving yourself personal permission to see things differently." As a life-long Star Wars nerd, this feels very profound. Thanks for sharing something totally different.

Louisd2000 (Oct 13, 2021 at 10:45)
So Pete Costain, the guy who first skied Mt Stimson in '97, is now a trailbuilder and I believe runs Terraflow trails. He's also the father of Parkin Costain who besides being a sick skier can absolutely shred a mountain bike. I happened to bump into Pete at a trail head a few years back and went on a ride together, cool guy as well!