Join Pinkbike  Login
Kirt Voreis - 2 Parks 4 Sure Tour: Cam McCaul and I hit the road! We headed south from Oregon to California to hit up Northstar and Snow Summit bike parks. Caleb Ely captured and edited the fun!

Slowline: Coen Skrypnek and Heiko Krause ride A-Line in the Whislter Bike Park. With an appearance from Dane Jewett.

INTHEHILLS Reno-Durango: In Ep.5 of the 420 Series, the gang heads to Reno to check in, then to Connor's Lair in Durango, CO.

Christian Rigal - By The Homies: ''With no production, deadline, or professional filmer in sight, this mtb video, 'By The Homies' came together as I handed off my camera to some close friends to capture the most fun and unique setups I could find/build around home and on the road! Filmed across California, into Oregon, and even a clip in Utah, this video wouldn't have been possible without my talented friends DeMarcus Paul, Corey Martinez, Brandon Semenuk, and Rob Wise. Thanks to X Games for hosting, Warish for the music, Racket Sound on the audio, Trevor Lyden for the photos, and all my sponsors for keeping me rollin!'' - Christian.

Trey Jones - ''No Fun'' Trailer: “A collaboration between myself and longtime friend Trey Jones, the idea of ‘No Fun’ came from the urge to do something different. To hit the road and see what happens. To create a video that was made by us, for us. With footage from all four corners of the United States, ’No Fun’ is the culmination of a years worth of blood and sweat shared between two friends who have been through it all.”

Courage: Ever since stepping on the scene, Courage has been turning heads with unreal bike control and explosive moves.

The Run Up Episode 1 - Liège-Bastogne-Liège: This season there’s a new way to keep up with the best women cyclists in the world. Introducing The Run Up, a new web series that will take you inside some of the WorldTour’s best teams in the days leading up to cycling’s biggest races.

How Skateboarding Saved My Life - Micky Papa: Micky Papa shares his struggles and experiences with mental health. This video was created to bring awareness to Suicide Prevention Month; if you or someone you know is experiencing suicidal thoughts or a crisis, please reach out for help.

Nora Vasconcellos - Red Bull SŌLUS 2021: Ryan Sheckler has once again opened the doors to his skatepark and invited 17 of the world’s most well-rounded skateboarders to battle it out in year two of Red Bull SŌLUS. Each skater has one hour to put together their best line at The Sandlot; no crowd, no other skaters, no distractions - just an internal battle to get the best line possible. Here is Nora's run. Everyone loves Nora. She knows how to make skating look fun and effortless all the while having a huge smile on her face. And maybe even doing some dance moves on the deck. But don’t worry, she’s got plenty of moves on the board as well

"Tales from Cascadia" - Trailer: Cascadia, a bioregion defined by its unique natural characteristics, its people and its diversity. From the shores of the Pacific coast, to the lush rainforests, to the volcanic mountain peaks there are tales that define this harmony. In 2021, Blank Collective films will embed themselves in Cascadia in pursuit of these winter tales.

Yeti Presents - Kamchatka Steelhead Project: In Russia's Far East, follow a team of anglers on a fly fishing adventure to document and preserve the legacy of the Kamchatka steelhead trout through angling.

Jackie Chan - How to Do Action Comedy: Some filmmakers can do action. Others can do comedy. But for 40 years, the master of combining them has been Jackie Chan. Let’s see how he does it.

How Nature Documentaries Are Fake: Everyone loves BBC's Planet Earth, but how much of it is real? 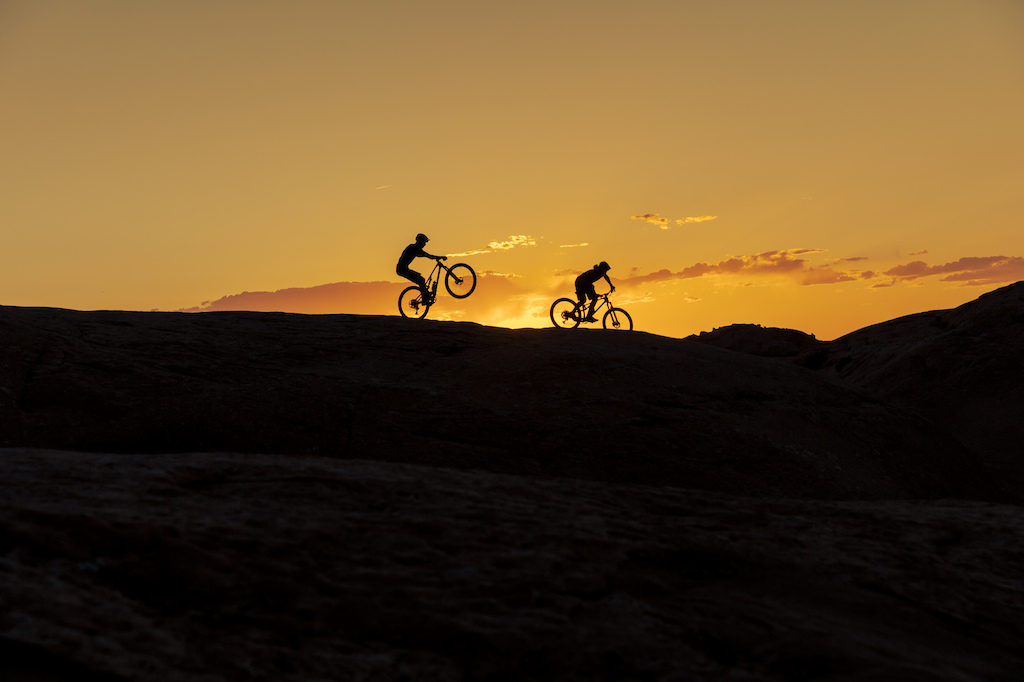 neimbc (Oct 4, 2021 at 5:44)
Jackie Chan movies are pure entertainment - especially the Honk Kong ones. So much goes into his scenes and so many guys literally get banged up, it's amazing how they can do so many takes. There's no other actor/stunt man even close to him today.

mtbblamtb (Oct 4, 2021 at 7:15)
Thanks to CGI and weird cutting no one has to be unfortunately.
Also not really shocking that the documentaries are fake or maybe in another word: edited.

scottsecco (Oct 4, 2021 at 12:28)
@neimbc Police Story is one of my all time favourites! Such an amazing combination of stunts and slapstick comedy.

pourquois-pas (Oct 4, 2021 at 7:32)
The sound editing in Courage is so damn tight. Super impressive. The video and audio alignment is really complimentary. A pleasure to watch!

madmon (Oct 4, 2021 at 7:56)
DEAR PINKBIKE;
Please for the love of all that is mountain biking get rid of the offensive white header that ruins my daily buzz on the home page.