Highland is Home - Trail Crew: We wouldn’t have a Highland to call home without the dedicated team of builders who design, construct, and maintain the trails we all love to ride. In this month’s episode of Highland is Home, we hear from trail crew members James, Jordan, Whitney, Zach, and Justin about what brought them to this mountain, and why they continue to do what they do.

Kyle Quesnel tears up Squamish: @kyleq ripping it up.

Conner Wygaerts In Da Bay: Morning filming at a few different spots in the Bay. Reminds us of the early days that got us stoked on biking. Rider: Conner Wygaerts. Video: Christian Davidson.

Emil Johansson In New Zealand: As the world was slowing down back in March, Emil Johansson was forced to extend his stay in New Zealand after Crankworx Rotorua 2020. Staying put and playing the waiting game has never been the option of choice for the young Swedish slopestyle super star. He joined forces with Hunt Cinema and travelled to the South island where the duo created a piece of Southern Hemisphere MTB perfection.

5AM Dreamers: 5AM Dreamers is a short film about what the perfect day of riding mountain bikes with friends looks like. Waking up early in the morning to go ride some fresh new trails, and coming back once the sun has set... only to realize that it was just one of those dreams you have at 5 in the morning. Video: Miguel Sousa. Cast: Diogo Carreiro, Henrique Cabral, Paulo Simões.

Downhill BMX - X Games Throwback: Just prior to the era of being fully clipped in, X Games welcomed Downhill BMX into the scene. The jumps were massive, the invites were stacked and chromoly frames were your best bet for getting through the track unscathed. Watch as 1-800-Collect's Robbie Miranda puts in the work and comes out on top.

Stephen Atencio - WeThePeople BMX: After moving from Costa Rica to Barcelona and releasing his jaw-dropping DIG video at the end of 2019, Stephan Atencio has made quite the name for himself already, turning a lot of heads along the way and getting picked up by WeThePeople. Since then Stephan has been busy working away on this official video and man it sure doesn't disappoint. That ender...

Mo Nussbaumer - Dig x Subrosa: Filmed throughout the last two years in between going to uni and working full-time, Subrosa's Mo Nussbaumer has another absolute screamer for ya. The dude can do it all! Shot in Berlin, Munich, FO, Valencia, Barcelona, and Athens.

Antihero's "QUANTINIUM" Video: Pfanner’s massive pop and ungodly grinds set the stage for GT, BA, Daan, Doobie, Raney and crew to dismantle everything in their path. This is complete and thorough destruction.

RVCA's "The Balance of Opposites" Video: Suciu, Spanky, Reynolds, and the RVCA team tear it up on their jet-setting journey from the States to the Middle East, Oz and back. Bask in the beauty of this full length with fresh eyes.

Stone Locals - Rediscovering The Soul Of Climbing: Climbing has always been more than just a sport. It’s provided a way of life and a makeshift family to misfits who share a calling. As the sport grapples with its growing popularity, the people who anchor its core and community have more responsibility than ever. This film tells the stories of five of these anchors, the Stone Locals who keep the soul of climbing and nurture it as the sport evolves. Directed by Mikey Schaefer and Cheyne Lempe.

David Attenborough - A Life on Our Planet - Official Trailer: In this unique feature documentary, David Attenborough, the celebrated naturalist reflects upon both the defining moments of his lifetime and the devastating changes he has seen. Coming to Netflix October 4 2020, the film addresses some of the biggest challenges facing life on our planet, providing a snapshot of global nature loss in a single lifetime. With it comes a powerful message of hope for future generations as Attenborough reveals the solutions to help save our planet from disaster.

Yeti Presents - Mothered By Mountains: A man’s place is on the mountain, a woman’s place is in the home—that’s the message Pasang Lhamu had always heard but was never willing to accept. Her go-against-the-grain nature made her Nepal’s first mountaineering instructor and National Geographic’s Adventurer of the Year. What was supposed to be a film about women empowerment becomes something so much more as Pasang and Sareena, a punk rocker and unlikely climbing companion, attempt a first ascent together. 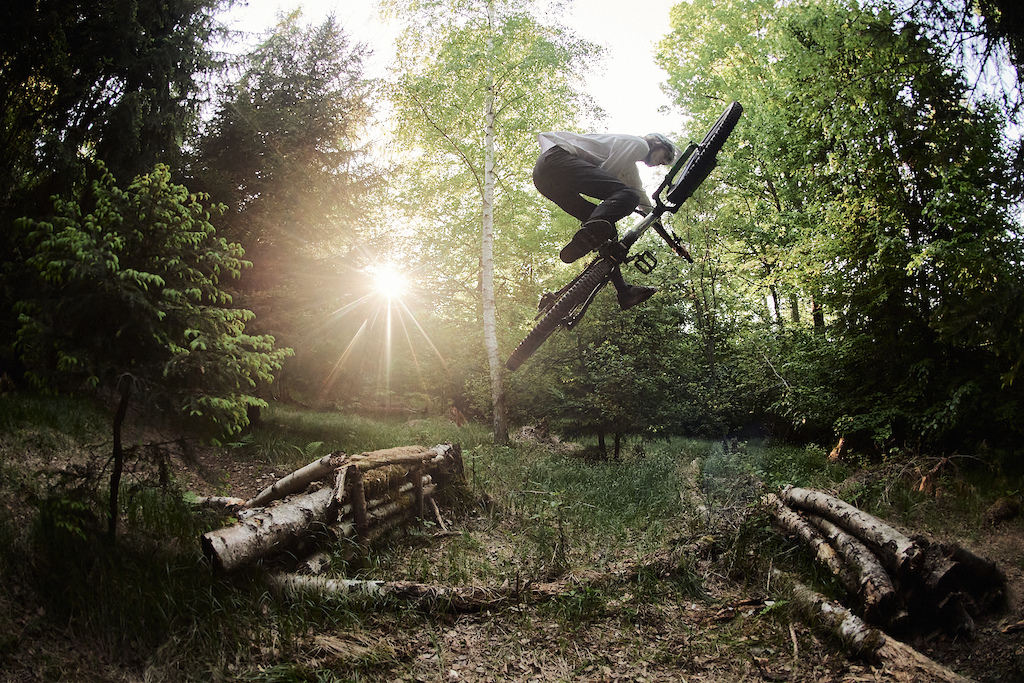 Linkpin (Oct 5, 2020 at 1:56)
I could watch that Semenuk film 100 times and not get bored. Somehow he seems to make his airtime last twice as long as anyone else.

brajal (Oct 6, 2020 at 2:49)
I could watch that Semenuk film 100 times and not get bored, or see the David Attenborough film and get real bored with what we are doing to our nature.