Join Pinkbike  Login
Summertime In The Pemby Dust Bowl: Getting loose riding Ressurectum in Pemberton, BC and having the best time in the dust! Video: @joeykraft.

Summertime in the pemby dustbowl

Kevin Thrower - Whistler 2021: Had a chance to get out to Whistler in August 2021. Borrowed a DH bike off a good friend and made this video with Peter Bailey. Hope everyone enjoys it!

Arkanraw: Raw video from BOC and Centennial Park in Arkansas.

Trail Tales - The Outlaw Sport: The history and legacy of trail building in Vancouver’s North Shore mountains is incredible, few places on earth have had as much impact on the mountain biking community as these Canadian mountains. Follow Geoff Gulevich and legendary trail builder Todd “Digger” Fiander on their quest to sanction mountain biking trails with the local government. With the evolution of mountain biking as a sport, came the due diligence of preserving the land for future generations to enjoy.

Steps to the Top - Breck Epic: The Santa Cruz htSQD take on the 2021 Breck Epic mountain bike stage race in Breckenridge Colorado. Recipes are a dime-a-dozen. Familiar pairings make for quick successes in the kitchen and sticking to what you know often leaves people feeling satiated and full. The deeper one gets into creating meals, the more exotic the ingredients become. Palates develop, creativity blooms, and a fuller understanding of what a “balanced” meal is reveals itself, often in ways one wouldn’t expect. The Santa Cruz htSQD is one of these exotic recipes. Five unlikely ingredients, each humble and unassuming on their own, all elevate when combined.

Proving Grounds 2021 Final Recap: After an extended break, freeride mountain biking comes back to life in the US with the successful completion of the 2021 Proving Grounds competition today in Prineville, Oregon. For the first time in the event’s history, a men’s and women’s category graced the same lines, same jumps, and tackled the same conditions, together. When the sun set on the Oregon Dirt Park at the end of the day Carson Storch and Camila Nogueira stood atop the podium, trophy in hand, looking out towards the future of events returning to the calendar and freeride returning to the centre of the cycling zeitgeist.

Beaumont Racing - Schwalbe British 4X Series Rounds 5 & 6: What a week for Scott Beaumont. After dislocating his elbow in a crash (that wasn't his fault) at World Championships in Val Di Sole, Italy one week earlier, Scott was determined to challenge for the Schwalbe British 4X Series title to add to his National Championships title that he won earlier in the year. Scott was far from fully fit, but he managed to get on track and race for the title. Check out the film to see how it went...

Felix Prangenberg - World Of Uncertainty: Felix Prangenberg is having one hell of a year, and the year is far from over. Enjoy the result of Felix's one month stay in California, captured by Grant Castelluzzo. The style and creativity from this kid is something you're not going to be seeing from anyone else so sit back and enjoy Felix doing what he does best.

Courage Adams - Encouraged: At age 12 Courage Adams started riding BMX, but by age 16 he'd turned pro, taken the BMX world by storm, and made the most of his parents' bold move. Now, he returns to his roots in Nigeria, discovering new connections amongst a community of like-minded bike lovers.

Martti Lainevool - Yet To Come: Martti Lainevool has been hard at work on this latest video part out in Estonia this summer with filmers Andreas Taru and Chris Patrick Tilk. The result... two and a half minutes of excellent clips.

Yuto Horigome's "The Yuto Show" Rough Cut: Yuto suffers in the streets like the rest of us. See the sessions that sent our dude into the stratosphere.

Cuba Skate: This short documentary highlights the efforts of the nonprofit organization and their dedication to cultivating a sustainable future for skateboarding in Cuba. DC pro Madars Apse joined a crew of skaters and cinematographers as they got a hands-on, inside look at the burgeoning skate scene in Cuba. Beyond just bringing skateboarding to the island, the film showcases how Cuba Skate brings the youth together and helps them to develop useful life skills.

Emerica's ''This'' Video: Figgy and Collin go back to back, getting buck on bumps and big sets while Dixon and the team jump in to make it a family affair. Don’t blow it — you gotta see THIS.

Roots - Official Trailer: Faction’s third feature film uncovers the foundations of freeskiing as seen by the current generation of skiers. From the caves of the Dolomites to the nightscapes of Ruka and the mythic peaks surrounding Verbier, "Roots" takes us on a journey through the vibrant spectrum of freeskiing.

The Approach: Whether taking turns breaking trail or finding our own unique paths down, the tracks we leave behind are the perfect expression of each person's individual contribution as well as what we can collectively accomplish. Follow along these unique tracks with The Approach, an action-driven ski and snowboard film elevating people of colour, women, and adaptive athletes. Film created by Anne Cleary.

The Long Time: Jack Sanders was certain he found the perfect remodelling project for his senior architecture thesis. But an outsider’s view on what was needed for a rural Alabama baseball team required a different approach, one that derived from the inside out. In the end, his unorthodox approach led him to discover how a community built on passion and innovation is what legacies are made of. And he followed suit. 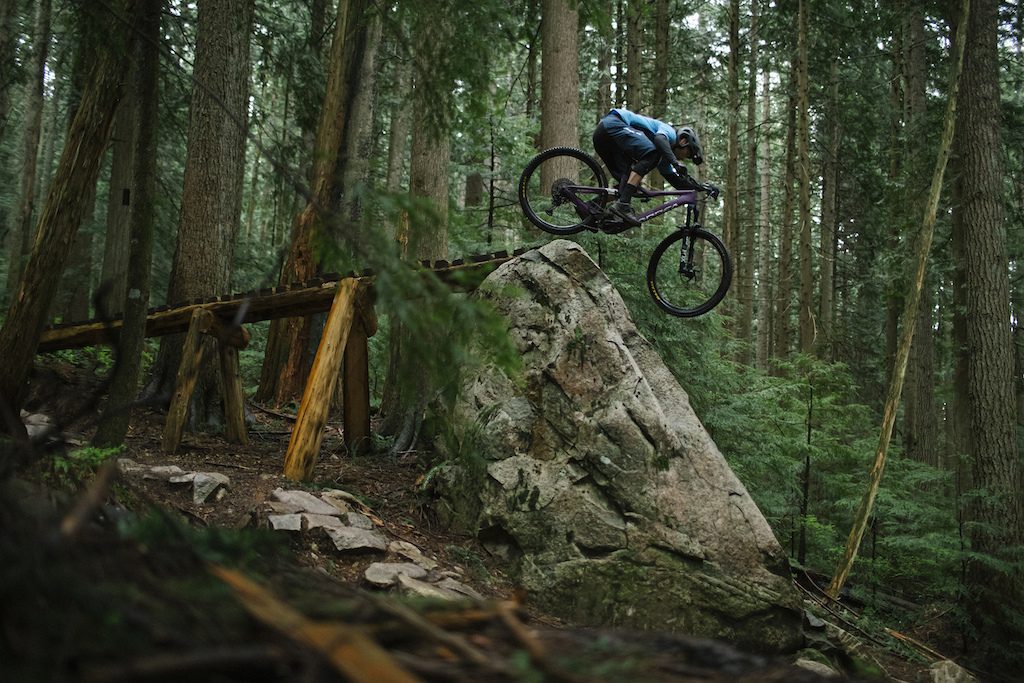 Victoriamike (Sep 20, 2021 at 6:46)
Thank you pinkbike for the Norm MacDonald video. Also this gem
youtu.be/vnmplSPgwEQ

AnibalR (Sep 20, 2021 at 11:37)
Ok, so I know, cycling season is almost over, but can´t you find other videos so the movies for mondays are not just skateboarding videos??
.
Post a Comment