Join Pinkbike  Login
Trails Selection 3.0 - Sheregesh: From up to down at Sheregesh Bikepark.

Alonso Barbour - 2020: Some clips I put together from last summer, cheers Matty for filming.

Micayla Gatto's Summer Solstice: What would you do with all the time in the world? Okay, maybe not all the time but at least on the longest day of the year? No responsibilities, just awesome times. Video: Kelsey Toevs.

Trail Builder vs Trail Poacher: A trail builder defends his territory. These rare creatures are a vital part of the mountain bicycle ecosystem. Video: Scott Bell.

Matt Macduff - Stacking Stoke: Macduff builds a ripping concoction of flow and hangtime at SilverStar Bike Park, with a side of risk management, designed to elevate and satiate.

Queens Of Gnar: They came, they saw, they slayed. Audi Nines 2021 was proud to welcome a new group of riders into the family and to witness these women pushing mountain biking to new heights. From teenagers to veterans, the moment they rolled into the course, it was clear that Audi Nines is exactly where they belong. Riders: Veronique Sandler, Joey Gough, Kathi Kuypers, Caroline Buchanan, Casey Brown, Robin Goomes, Patricia Druwen, Alma Wiggberg, and Gemma Corbera.

Brage’s Saga - X Games Real MTB Extended Cut: When we suddenly received an invitation to the inaugural X Games Real MTB in October last year, we couldn’t believe it. We felt honoured to be able to represent mountain biking in X Games together with the biggest names in the sport. We didn’t really know what the expectations were, so we just went deep into the forest doing what we love - digging, riding, and filming. We have always been influenced by old school mountain bike movies like the New World Disorder series, but wanted to maintain our “signature style” which we have developed together through various edits in the last couple of years. For the segment we were only able to show 90 seconds of what became a six month long production period. We had so much more footage we wanted to show and decided to put together a film, to reveal more of what went down. Join our journey from mid-September to the end of January. Bigger, longer, and uncut!

Scotty Cranmer's Whirlwind: Vans BMX presents Whirlwind, a look inside team rider Scotty Cranmer’s inspirational story, nearly five years after he endured a life-changing accident. Whirlwind chronicles Scotty’s astronomical rise to notoriety, which gripped the BMX world’s attention, and his positive “anything is possible” mindset that has kept him moving forward against all odds, even in the face of an accident that left him paralyzed from the neck down. Video: Dan Foley.

Scotty Cranmer - ''Illustrated'' Part: Scotty Cranmer takes you on an unorthodox BMX journey through Japan, South America, and New Jersey with new spots, new tricks, and a park rider’s vision of street riding. From roof gaps to the biggest gap to rail we’ve seen, Scotty put it all on the line for this video part.

Locked In Barcelona: We've got some jaw dropping riding for you in this one via Max and Igor Bespaliy, Sergei Nogaev, and Kirill Shatalov. After flying out to Barcelona for what was originally meant to be a two week trip, the guys ended up being trapped there because of the COVID situation. You could get stuck in a lot of worse places I guess! Either way, the guys got some incredible footage out there and sure did make the most of their trip.

A Look Back - Dogtown and Z Boys: Dogtown and The Z Boys found an audience outside of the traditional skateboard community. Tony Alva, Peggy Oki, Stacy Peralta and more from the OG Zephyr scene break down why it worked and what was missing.

The Spirit Of The Thing: Style titans Phil Casabon and Sammy Carlson stomp foot on Mt. Hood’s volcanic ground to capture, with the hand of Hotlaps and his wizard staff, 'The Spirit of the Thing.'

Akira Kurosawa - Composing Movement: Can movement tell a story? Sure, if you’re as gifted as Akira Kurosawa. More than any other filmmaker, he had an innate understanding of movement and how to capture it onscreen. Join me today in studying the master, possibly the greatest composer of motion in film history.

Yeti Presents - 120 Days: Few people know anything the way David Mangum knows tarpon fishing. His hunger to better understand these primordial monster borders on obsession. It also makes him one of the best fishing guides in the world. Follow David as he scouts the flats and talks tarpon in 120 Days: Tarpon Season. 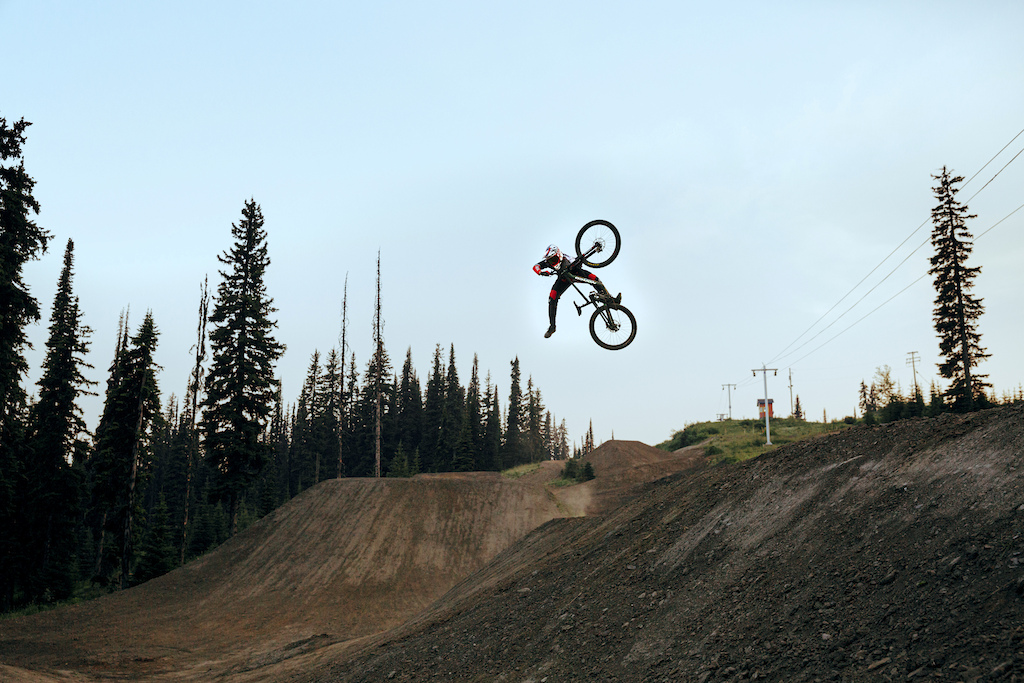 alex-morales (Oct 11, 2021 at 20:26)
@p-m-z: Agree, still we should recognize MTBing is a very privilaged sport, where the bikes cost more than most people can afford and the trails are accesible only for the few with resources to get there. BMX on the other hand is more accesible and is practiced in the streets. This enters you into a context where sometimes you are around unprivilaged people who feel no respect for the institutions that keep them in that state and dont mind leaving their mark on society. Also BMXers are often viewed as criminals by security or police which will make them relate more to people with shady activities.
I dunno, i dont think we should celebrate vandalism or "not wearing a helmet" but i think we shouldnt be so quick to judge without first understanding where people come from.

p-m-z (Oct 11, 2021 at 20:31)
@alex-morales: This is a pro bmxer... I doubt he has any financial issues, he just likes the sport. There is no reason to do thugy things and not wear a helmet. I don't wanna sound like a safety freak (cause I'm not) but I do think it's dumb to not wear a helmet and do gangy things just to look cool in the crowd.

pourquois-pas (Sep 27, 2021 at 9:19)
Tarpon fishing sounds like a real rush. The tug is the drug, and those guys are definitely hooked!