Join Pinkbike  Login
ITHG - TheCult775: An independent MTB freeride film about people having fun on bikes, and doing/riding what they want. No bullshit just shredding.

DMR Rhythm: Evening session on board the new Rhythm with Jono Jones.

Arise From The Dust: Cyrus Corbet shot and edited this short film of me riding a local trail.

Arise from the Dust

RockShox + The Black Collars: Graham Agassiz, Kyle Norbraten and Paul Genovese, (not so) formally known as The Black Collars, convened in Kamloops, BC over the summer with no shot list, no schedule, no goals to tick off – just ride.

Karsten Madsen Rides Into the Mystic and Lord of the Squirrels for 15 hours: Support Karsten's fundraising for the Whistler Off Road Cycling Association.

Dak Roche - Native Land IV: Hard to put into words the dedication this man has for BMX and creating edits that inspire and remind us why we ride. Once again Dak and Veesh have created another one for the books.

Being - Pat Casey: A true BMXer from a young age, Pat Casey stormed the competitive BMX world with progression and innovation across dirt, park and minicamp riding. Then he turned his aim to riding backwards, and opened up a completely new realm of technical park riding, never losing sight of the fun he was having along the way.

Hallowed Ground Ep.4 - Rincon, California: Tucked away in the hills of Escondido, California with coyotes as neighbours, sits Rincon High School and it's legendary rail/drop setup. First seen in GT's 1997 Dead Sailor video with a a Dave Young clip, quickly followed by Dave again in 'Nowhere Fast' a couple of years later, Rincon is a spot that instils fear into its visitors and excitement into everyone watching on. Previous Rincon combatants Nathan Williams, Ty Morrow, and Matt Closson sit down with us and discuss the history, details, and future for the fabled spot. Who's next?

Riley Hawk's "Shep Dawgs 5" Part: Having already dropped a behemoth of a video part for Lakai, Riley left plenty in the tank for the Shep Dawgs encore. Raise your glass to another excellent blessing from the Hawk family.

Riley Hawk's "Shep Dawgs Vol.4" Part: The clip-stacking king, Riley produces so much footage you just have to pick the edit you want. This one showcases his big snaps, smooth style, and gnarly spot attacks.

Sammy Carlson - Over Time: There are a lot of unknowns in creating a high caliber ski film. You need a vision. You need storms to deliver snow. You need the weather to work in your favour. You need to consistently be at the top of your game. You need a good crew. You need good terrain. And more than anything, you need time for all of these things to align. Filmed purely in the heart of the backcountry, Over Time’s got it all: powder, pillows, lines, backcountry booters, and incredible follow-cams. It’s beautifully filmed and, of course, the skiing speaks for itself. We hope it inspires you to use your time wisely. It's always snowing somewhere.

Perspectives - Leanne Pelosi: A full-ride scholarship. A spot on Canada's Junior National soccer team. Team athlete and snowboarder Leanne Pelosi had it all. Then a car accident and the aftermath took it all away - shifting her perspective for good.

Our Planet - Fungus: Share the wonder of the extraordinary place we call home. Utilizing the latest technology Our Planet was filmed entirely in Ultra High Definition in over 50 countries. From exotic jungles to the deepest seas, open your eyes to the connections we all share. Narrated by Sir David Attenborough.

Lean Against the Wind: Conquering a 45-mile stretch of stacked waves, crashing currents, and blistering winds - 13 times with just a paddle in hand - is just one way Lauren Spalding is considered a champion. Add Olympian and working parent to the list, and it’s safe to say she’s not only embodying her father’s push-the-limits fervour but is cementing her own unparalleled legacy in the history books, one wave at a time.

From Kurils With Love: Vladimir, a scrappy Russian marine biologist, stows away aboard a boat filled with adventure junkies and a world-renowned cybersecurity expert to help fulfil his quest to understand and protect the Kuril Islands. Set in one of the most inaccessible volcanic island chains in the world, the film introduces us to a true warrior for the planet on an intimate journey of visual bliss, sea lion chaos, and ultimately a greater hope for the Earth. 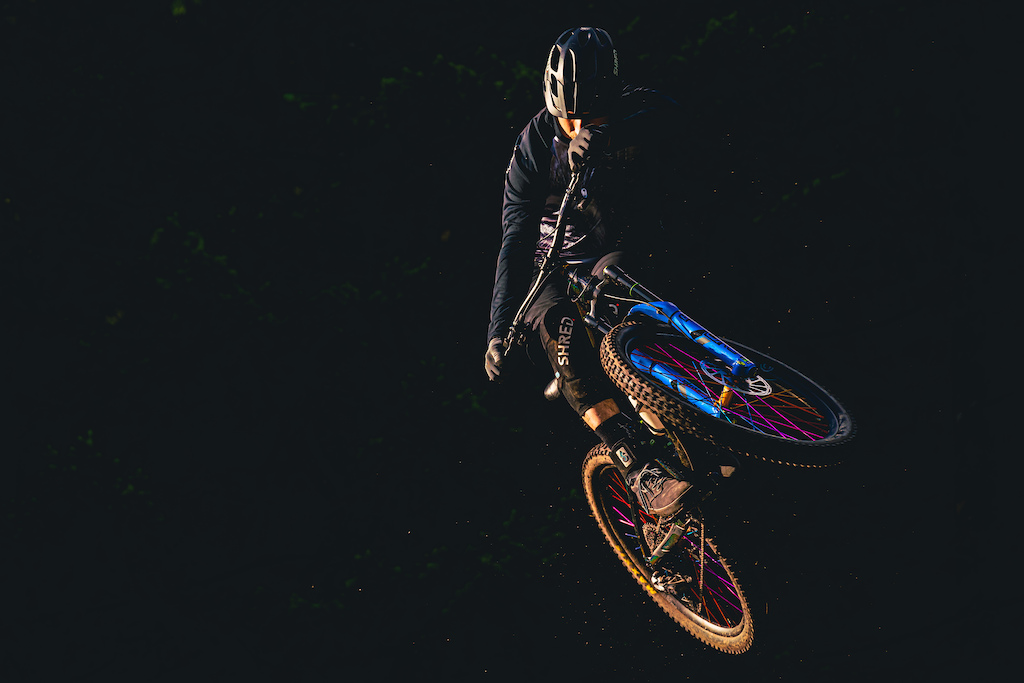 Jaytronster (Sep 7, 2020 at 1:41)
Sooo... people can see cordyceps fungus control a living animal and then burst trough its head to spread even further but some of them still think Coronavirus does not exist... yeah... right...

yabbaDABdo (Sep 7, 2020 at 7:38)
but if you eat the cordyceps, your blood will carry more oxygen which will help fight the effects of Rona so ride on

ashlemon (Sep 7, 2020 at 8:27) (Below Threshold)
Another drone that doesn't understand logic or logical fallacy, surprise surprise.