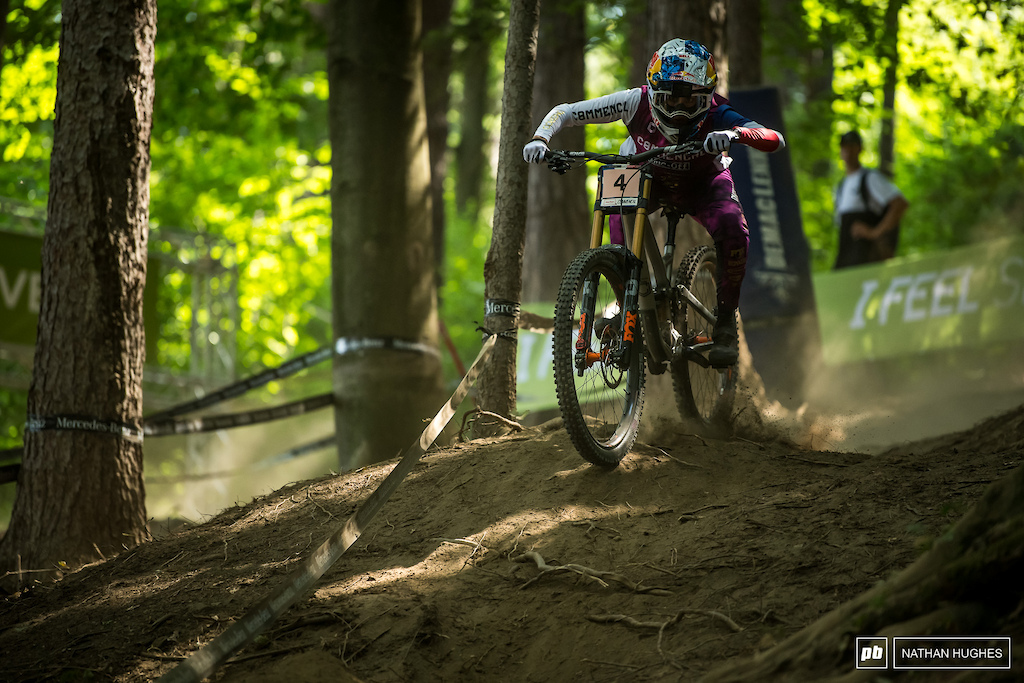 Myriam Nicole has spoken about the physicality of the Maribor track following her World Cup win earlier today.

Nicole laid down a time of 3:35.909 to take the win by over a second from Elenora Farina and she has now lifted herself to joint first in the overall World Cup standings alongside Camille Balanche.

At three and a half minutes, the Maribor track was the shortest World Cup race so far in 2021 but it was turned into a physical challenge by its roughness and high speeds. Riders also had to contend with the heatwave that is currently sweeping Europe and saw temperatures in excess of 30°C on the hillside.

Myriam Nicole revealed in an interview with Red Bull TV after the race that she had been battling an illness since last weekend which made putting together a full race run even more difficult. She said, "I’m really stoked about this one because this is such a tough race. It’s really hard to do a perfect run so during my run I was physically really struggling, maybe because I’ve been sick last weekend but physically that was so hard. To finish first is amazing and it’s a really great battle with the girls."

She continued, "I’m so tired now but this is why we train. I’ve been pushing hard in training so finally everything has come together. It’s a good feeling." 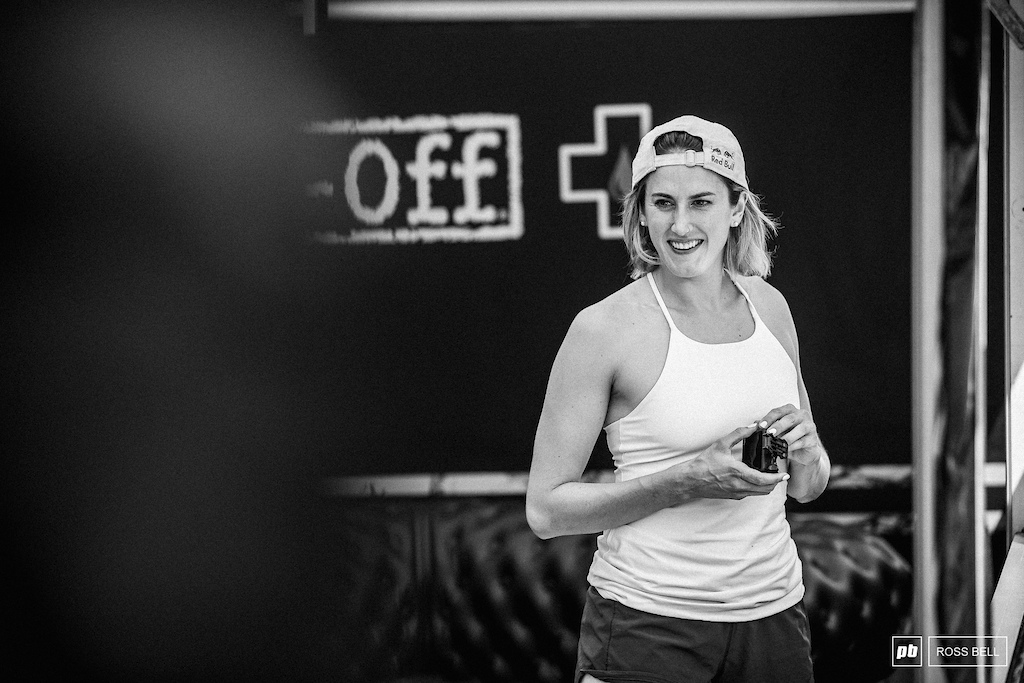 Myriam Nicole has shown incredible raw pace on the World Cup circuit this year, including qualifying fastest by nearly 8 seconds in Les Gets, but has crashed in both her previous finals runs so has been unable to convert that pace into a win until today. She said, "I’m pretty sure I was waiting for this one, waiting to do a run with no crashes like the last two races so of course this one will give me confidence. Oh my god, this feels good."

Nicole will now head to Val di Sole to contest for the Rainbow Stripes at the end of the month before resuming her World Cup title challenge in Lenzerheide at the start of September. When asked about how she will prepare for the upcoming races, she said, "There [are] really important races coming. I feel like I was training until August and now I'm taking each race one by one and just do a hard recovery between them. I take every race the same so I’ll follow the process and see what happens."

Thema (Aug 15, 2021 at 9:57)
If you pay any attention that is why they hired James Smurthwaite. Generic posting. I have no beef with him, but I could tell his job description from day 1. We want more creative freedom for pb writers! Inb4 paywall will bring more creative freedom.

flyin-ryan (Aug 15, 2021 at 14:54)
Thank you Pinkbike for not posting the winner in the headline so that us working people can watch it when we get home without knowing who won. Cheers.

Who doesn’t win an elite event without struggle?

rosemarywheel (Aug 15, 2021 at 10:29)
Yup. The title feels like an attempt at clickbait. I hate clickbait... only came here to see what other folks had to say about the title

is James posting this from the Pub?

WeenoT (Aug 16, 2021 at 7:23)
3:30 way too short. OK for a strider race, but for big wheeled bikes a course should be more than a pump/squirt.
Below threshold threads are hidden

paytondean (Aug 15, 2021 at 16:04)
I know that 30 Celsius is pretty hot( 86 Fahrenheit ) is pretty hot, but I have xc races that last at least 10-14 miles long, and all of them are over an hour long at least in even hotter weather. Also very exposed with very little trees, its a little hard to hear that it is difficult.