Nerding Out: Riders with the Most Wins at Different Venues & More World Cup DH Venue Stats 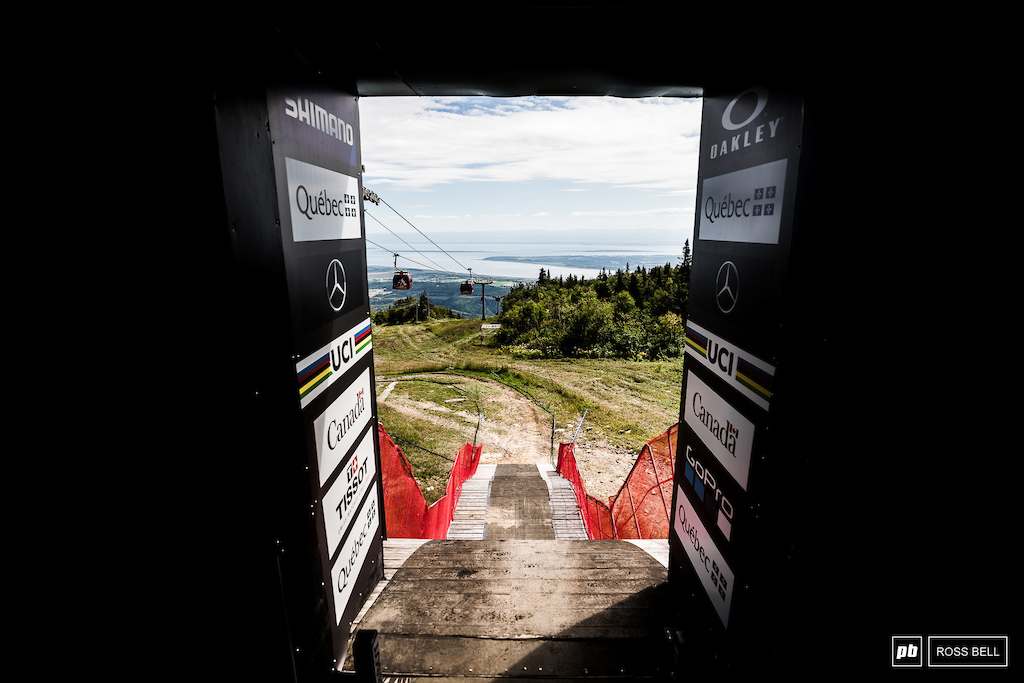 After taking a deep dive into the top World Cup DH bikes and the smallest and biggest winning margins, we thought it could be interesting to look at the different venues that the World Cup & World Champs have stopped at over 21 years of racing. From the spread of venues across the globe to the riders and bike that have claimed the most wins at the highest number of different venues, we have crunched the numbers from World Cups and World Championships.


First up we have taken a look at which countries have been the host to the highest number of World Cup or World Champs racing. The first interesting point from this data is the European centric nature of top-level DH racing. Most of the racing over the past 21 years has stuck to a very small area globally.

While a large amount of the racing has been in Europe, Canada is the country with the highest numbers of races at 25. The only other country to pass the 20 races mark is Austria with 21 races. Interestingly despite just one venue, the UK comes in third with 18 races at Fort William.


Moving to the variety of race venues in each country, the list changes up with France now topping the rankings with eight World Cup/Champs venues. The USA comes closest with six venues on the DH circuit since 2000. Canada, Switzerland and Italy tie with four venues.

While the first map showed how Europe-centric the races are in terms of venues this map shows the big divide in racing between the Northern and Southern hemispheres with no country south of the equator being host to more than two World Cup/Champs venues.

2020 may have felt like we didn't get to watch a whole lot of racing but looking back at the past 21 years of World Cup and World Champs racing it is very impressive that we only lost one race when compared to the previous smallest DH racing seasons. In 2020 we saw five top-level races a drop by one from the six-race seasons of 2002, 2003 and 2007.

In the earlier years on the chart, we see highs of nine races in 2000, 2001, 2005 and 2009 but this period is marked by unpredictable levels of racing with frequent drops in the number of races in a season. Moving to more recent years we saw consistent eight-race seasons from 2014 to 2018 with a bump to nine races in 2019. Although we have seen a drop in the variety of venues used for World Cups.

To no one's surprise Mont-Sainte-Anne and Fort William top the list of venues that have held the most World Cup or World Champ races from 2000 to 2020. Next up is Leogang, holding 11 top-level races. Falling just outside of the top three with 10 races each are Maribor and Val di Sole.

Until last year both Mont-Sainte-Anne and Fort William were on record consecutive race streaks with, respectively, 20 and 18 consecutive years of being World Cup venues. Each venue was unable to hold a race last year so the streaks have now been broken. But Leogang with the third-longest consecutive streak at 11 races is still ongoing so we will have to see how big this can grow before being broken.

Most venues that have held back-to-back World Cups over multiple years fall in the two-year mark with the next most popular consecutive year value at three years before a venue was taken off the World Cup circuit. Fewer than half of returning venues see their run of consecutive hosting last for more than three years.

Moving to the small wins, it is Mont-Sainte-Anne that moves to the top with 15 races resulting in a winning margin of less than one second. Maribor is again near the top with nine tight races, and the bike park style courses of Lenzerheide and Leogang sit joint third at eight close finishes.

After 20 years on the circuit and 40 elite races, exactly 50% of finishes at Mont-Sainte-Anne have resulted in a new race winner. As the longest-standing World Cup venue, this should be more expected than other courses with the huge number of riders who have taken on the oldest World Cup course. Similarly, Fort William, the second oldest current World Cup venue, sits in joint second with Leogang as both venues have produced 16 different winners. Maribor is the only other venue to break 15 new winners as it sits in fourth on the chart.

Looking at rider wins from different venues, it is no shock to see Anne-Caroline Chausson topping the list with Rachel Atherton falling just two wins behind at the top. Joint third on the list goes to teammates Greg Minnaar and Steve Peat who have won at 14 different World Cup or World Champs venues. Sabrina Jonnier and Tracy Moseley are the only other riders to win at 10 different courses.

Finally, we thought it could be interesting to look at specific models of DH bike, and it is the Commencal Supreme that tops the list. Winning at 19 different World Cup venues, the Supreme has been very dominant in recent years as Commencal continues to stack its team with top-tier riders. With 16 wins, the Santa Cruz V10 is next up as it edges one win ahead of the Cannondale Gemini, a bike that can thank Anne-Caroline Chausson for many of its race wins in the early 2000s.

What a legacy of MTB domination, BMX olympic gold aside.

wilsonians (Apr 30, 2021 at 12:28)
Can you now go and split some of this data by year? While North America in general comes in high with # of venues and # races, outside of Mont St Anne and most recently Snowshoe the one time, it has been a LONG time. Windham was the most recent other North American venue which was 6 years ago. They seem to be getting better with some new venues but still pretty limited regionally.

jaame (Apr 30, 2021 at 23:21)
Looking at the venue stats it becomes clear that the UK has a great scene but only one track, and that one track has the highest win margins (i.e. does not promote close racing).
It seems obvious that we should change the venue every now and again. I know all the racers are sick of Fort William. Can’t we have a race in Wales or something instead?

jaame (May 1, 2021 at 10:13)
@Jaib06: GMBN did a video about the Ft William race and Martyn asked a few if they were sick of it. I think it was called "Is Ft William getting cancelled?" or something. I seem to recall pretty much all of them saying or intoning that they were ready for a change. Sam Hill has peviously said they should move the UK round to Llangollen. I seem to remember others. It's a nice trck, it has a ski lift but come one... rerouting a little bit each year isn't going to make it exciting.
In my opinion, they should change the venue altogether, and if they won't do that, make a totally new track that has a different look and feel.
I mean, I like those caramel butterscotch bithday cakes from Waitrose, but I don't wan the same cake every year.

Jaib06 (May 1, 2021 at 14:11)
@jaame: I will watch that video later, sounds interesting. And yes, Llangollen or Hard-line would defo be hard enough, especially in the Welsh "summer"! The idea of racing a less cut in track on the same mountain is good too. I've personally raced at fort bill, and no doubt it's hard. But it is more or less one line throughout.

Trudeez (Apr 30, 2021 at 13:12)
So if I'm reading the graph right it shows that MSA has had a different winner every year for 20 strait years??? Is that correct? Did I misinterpret something? If that's true that's wild.

hubertje-ryu (Apr 30, 2021 at 13:45)
I think 20 different winners is male / female combined, so 40 opportunities, no?
They even clarified by saying 'After 20 years on the circuit and 40 elite races, exactly 50% of finishes at Mont-Sainte-Anne have resulted in a new race winner.'

squarewheel (Apr 30, 2021 at 23:23)
@TobiasHandcock: it shows that half of the teams are riding the same frame. This is just math. Commencal is flooding the DH WC.

Brasher (May 1, 2021 at 18:40)
It's a shame that NZ, which is probably the place with the best riding/riders on planet earth has no real presence when it comes to world cups.

Logistics come into play, but it's more like a Euro cup now, not a world cup.

vbsorin (May 1, 2021 at 1:45)
Tbh is sad to see that the number of countries that hosted a world cup round is so low. The season is also very short, 6 or 7 rounds is not enough for a world cup...and on top of that most of the season is in Europe. Double rounds like last season is the way to go in my opinion.

jmtbf (Apr 30, 2021 at 12:19)
It would be interesting to compare this to a version with XC, enduro, and dirt jumping competitions.

jmc361 (Apr 30, 2021 at 12:34)
Check your numbers for Nico again. He's won 7 senior World Championships alone at 7 different venues before counting World Cup wins. He's got to be number one or two with Anne Caro.

DoubleCrownAddict (Apr 30, 2021 at 18:44)
All the results seem incomplete/inacurate without including the first 6 years of World Cup DH competition. It's not like it was that long ago. Nico won the first World Cup DH race ever and is still competing at the highest levels of gravity racing.

mi-bike (May 1, 2021 at 15:30)
"World Cup or World Champs Venues that have produced the highest number of different winners (2000-2020)" is obviously biased by the number of events held. It should have been a normalized plot.

abueno (Apr 30, 2021 at 13:43)
Cannondale Gemini Holding strong with wins considering it hasn’t been around in a while.

bluelinerider (May 1, 2021 at 12:00)
World Champ should be able to choose where the next World Champs venue is for the following year. The unpredictability will make it exciting.

SuperHighBeam (May 3, 2021 at 16:36)
@mi-bike: location is irrelevant. Once international travel is part of the equation the destination doesn't much matter.

mi-bike (May 3, 2021 at 17:14)
@SuperHighBeam: When is the last time you booked a flight to NZ or AUS? Much more expensive than flying across the Atlantic. Multiply the price difference by the size of the entire circuit (riders, staff, sponsors, media, etc.) and you know why the distance / destination *is* relevant.

SuperHighBeam (May 4, 2021 at 12:39)
@mi-bike: Are you saying that all venues that require a hop over the Atlantic are less expensive than those that require a hop over the Pacific? I last visited NZ in 2017. Japan in 2016. Haven't been to Europe, Africa, or Australia (with exception of a brief layover enroute to NZ) yet. So yes, perhaps my generalization is incorrect. Still, I do wonder what the cost difference really is. I suspect the difference in cost across international venues is than then than the average cost of an international venue compared against a domestic or intracontinental venue reachable by road or domestic airfare.

Heeven (Apr 30, 2021 at 22:33)
I'm VERY surprised to not see the Nukeproof Dissent, Evil Wreckoning (I know I know not technically a DH bike but Bubba Warren races North American DG races on his with great results) Giant Glory or Cainfeld Bros The One or Jedi not on that list, and I'm equally surprised the Canyon Sender doesn't have more wins under it's belt.