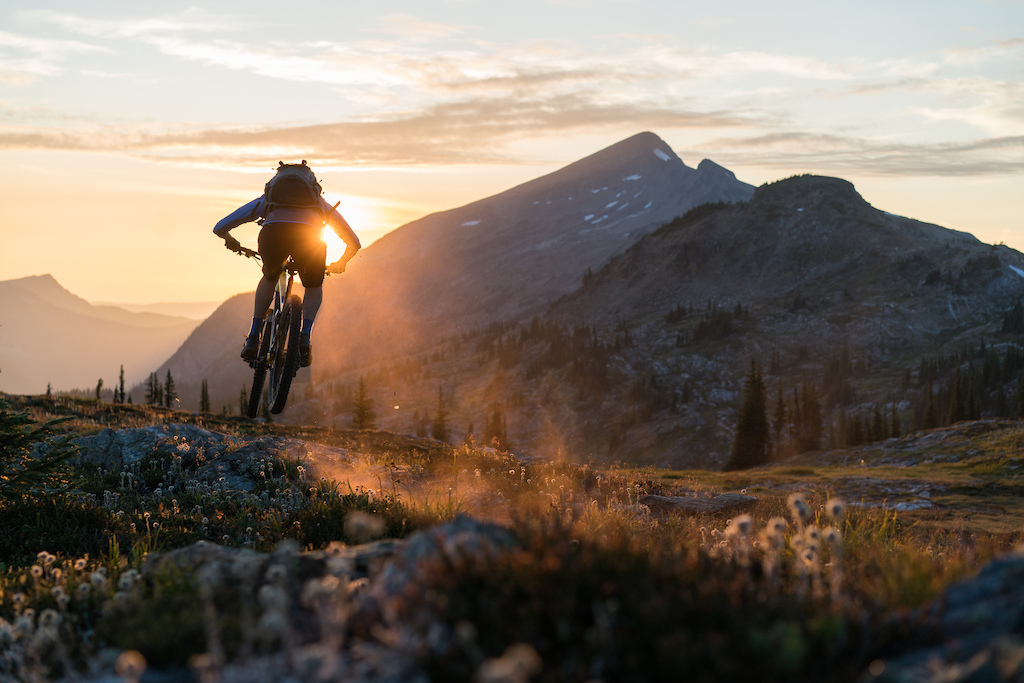 It’s a coveted destination in the lore of British Columbian mountain biking. In a land where alpine trails have reached mythical status, Sol Mountain tops the list for its remoteness (the long burly road to the lodge has earned a legendary status of its own for taking out many a pickup), the cold beers that the lodge staff leave chilling in Sol Lake for thirsty riders, and for the heralded new Caribou Pass trail stretching across the spine of the Monashees. And the inaugural 2017 Sol Mountain Women’s Backcountry Retreat, led by Pemberton-based Sweet Skills, was one of the first guided trips to take advantage of that new drool-worthy trail. This singular retreat was the brainchild of dream team riders Sylvie Allen and Emily Slaco. Allen is something of a legend on the Canadian mountain biking scene, competing all through her twenties and ultimately crowned Canada’s National Downhill Champion in 2002. She eventually turned to coaching, building her own business in Sweet Skills. 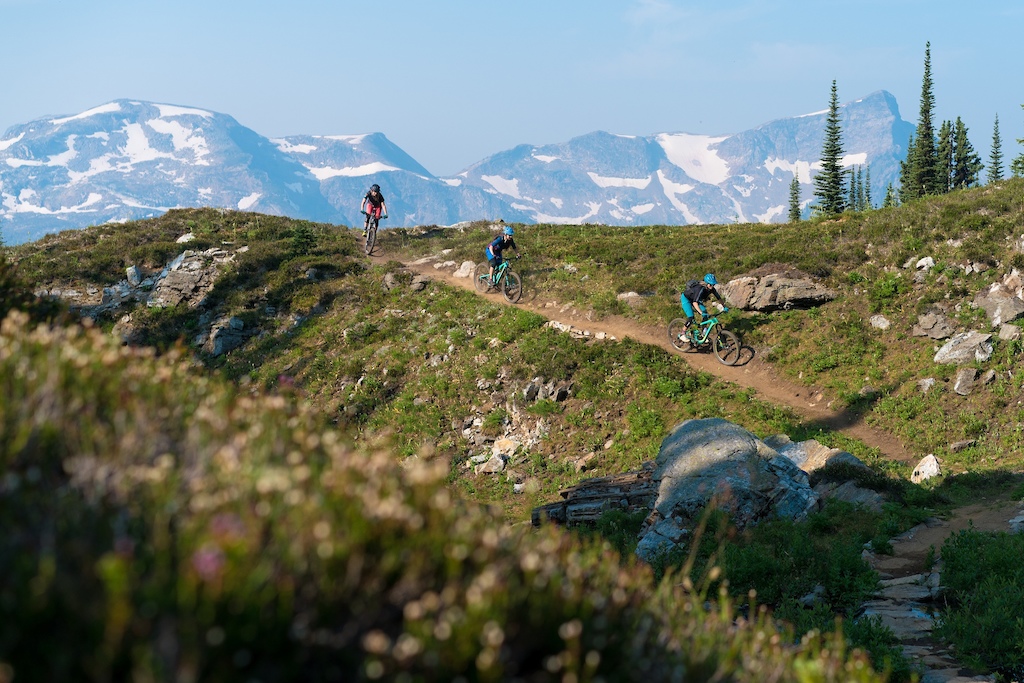 Slaco is an experienced guide with Tyax Adventures, which runs float plane-accessed backcountry mountain travel in the South Chilcotin range, another hallowed zone in the annals of B.C. mountain biking. She consistently watched groups of women falling behind on guided rides, and she thought, All these girls can do this—they just need the right environment. Her concept for the first-ever women’s wilderness hut-to-hut riding adventure was born, and she teamed up with Allen to launch North America’s only coached and guided women’s backcountry mountain bike camps out of the Chilcotins.

I like recreating with both men and women, and mostly don’t even consider the gender factor in outdoor adventures. But when I relocated from western Montana’s flowy trails to Revelstoke, B.C., the technical riding here turned me into Bambi on wheels. And in a town where you can’t throw a rock without hitting a professional athlete, I was suddenly the slowest and clumsiest biker in a 50-kilometre radius. I hated that.

Something about this deep-rooted insecurity about not being “good enough” drew me to the supportive environment that learning from and with other women offers. So when I heard about the Sol Mountain Women’s Backcountry Retreat, I jumped at the opportunity to snag a spot. Plus, it included yoga to soothe all my muscles that would be inevitably sore after pushing myself on my bike for three days straight. I was sold. 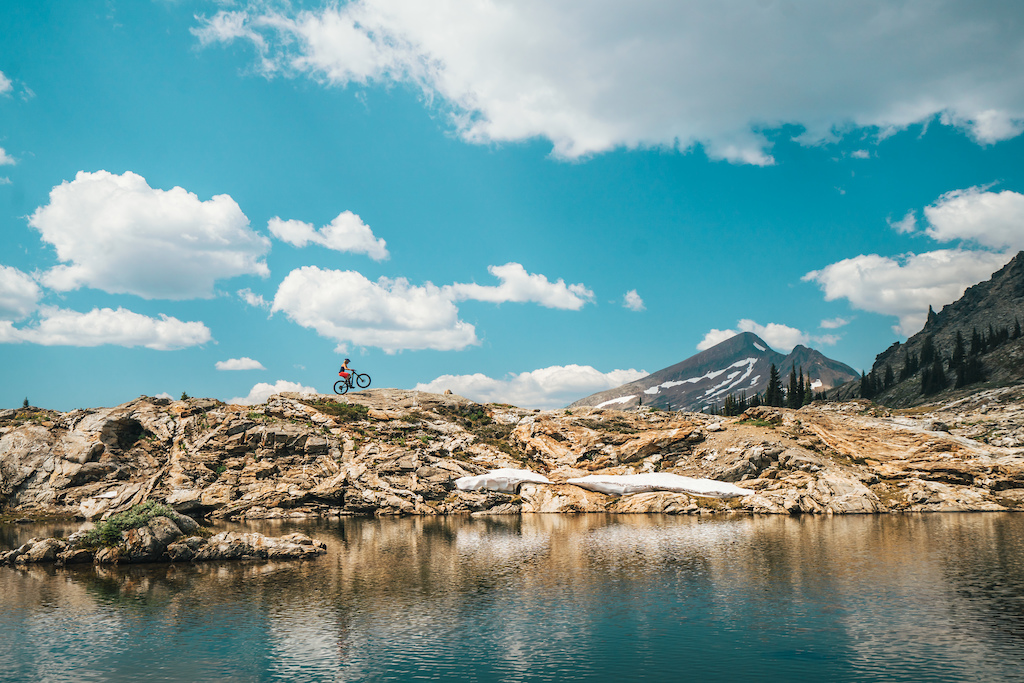 When the day of the retreat finally rolled around in late August, a caravan of trucks with bikes securely strapped to racks revved up the famous gnarly road, and the women attending this much-anticipated backcountry adventure convened inside the Sol Mountain Lodge to meet each other for the first time. I was the only one from Revelstoke. The rest of the women hailed from Whistler, Squamish, and Pemberton. While the trails in my neck of the woods are known for being technical, they’re a cake walk compared to the biking in these places—and riders from those towns are known for being as badass as the trails. I immediately thought, “I won’t be able to keep up.” My roots of cruising flow in Montana couldn’t compare with these women who’d been riding the Whistler bike park and sending Squamish’s crazy downhill descents for years.

I shouldn’t have worried. Every one of those women, regardless of where they fell on the spectrum of technical skill, were there to learn from Slaco, Allen, and the other guides Tera Meade and Deb MacKillop—all of whom were some of the most impressive riders gracing the trails of western Canada. They expertly melded doling out tips & training with getting after it in the backcountry, so that rather than feeling like a skills clinic, each day felt like an alpine ride adventure with the extra bonus of absorbing wisdom from skilled riders. 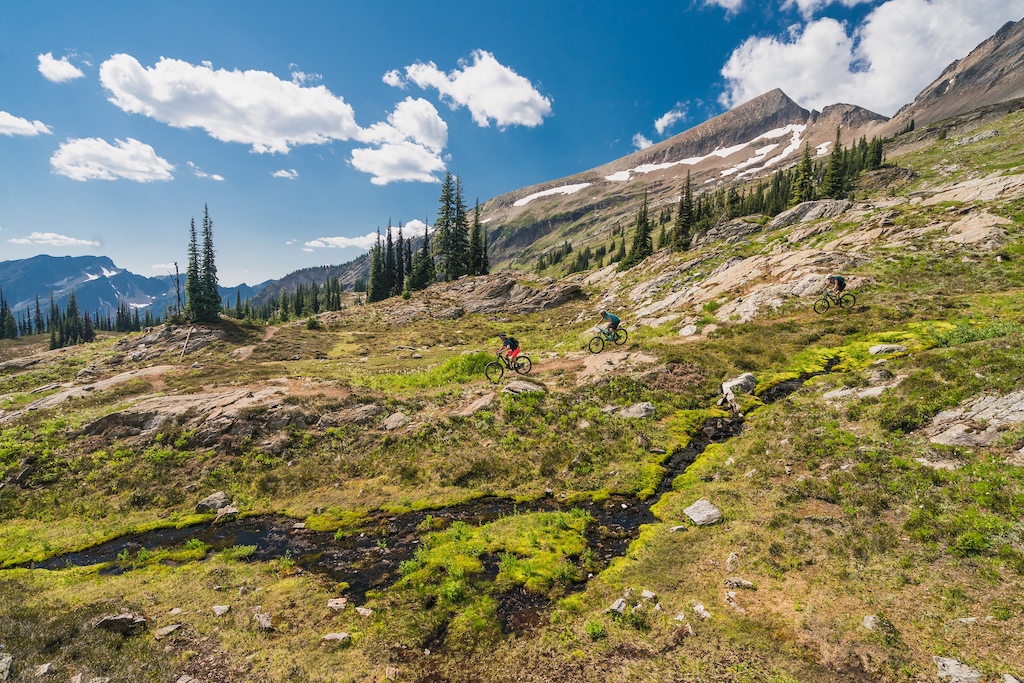 But what I ultimately realized was this: no one cared whether I was the best rider or crashing on every switchback. It was another tick in the column for why I enjoyed riding with an all-female group: competition and grandstanding are often replaced with camaraderie and support. At the end of the day, all of those women were out there to have fun, push themselves, meet rad new riders – and shred Sol Mountain and the new Caribou Pass trail. Sol is tucked deep in the Monashees, with views of glaciated peaks in every direction. Sometimes it’s even hard to stay focused on the trail with all those jaw-dropping scenes (and yes, I may have crashed once or twice). Caribou Pass ends in a breathtaking vista like a pot of gold at the end of a rainbow, and the trail itself is a rolling mix of ascent and descent with enough technical sections to keep your attention (well, mine anyway, given that technical biking still requires laser focus in order not to kill myself).

At the end of the retreat, closing out a solid third day of sunrise yoga and stunning alpine biking with a dip in Sol Lake, we collectively celebrated with some of those cold beers waiting in its shallows. As we relaxed in the sunshine, Allen and Slaco announced their plans for backcountry riding camps at Retallack and in the Yukon next summer. 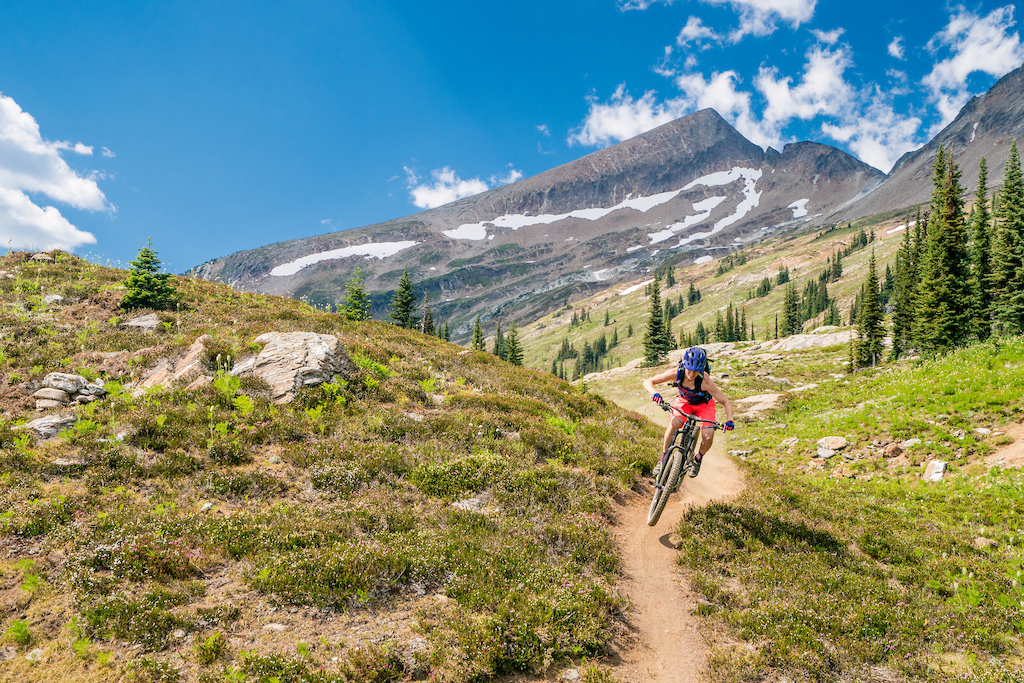 Register before January 31 for an early bird discount to Sweet Skills backcountry mountain biking camps at Sol Mountain, Retallack, the Chilcotins, and the Yukon.

catsndogs (Jan 11, 2018 at 13:14)
Dear husband who reads pinkbike religiously,
Need a birthday present for me this year?
Love, your wife

banffowen (Jan 27, 2018 at 7:47)
I pretty much can't imagine what it would have been like for Emily to feel like the weakest link. Charger! Nice sounding time at Sol.