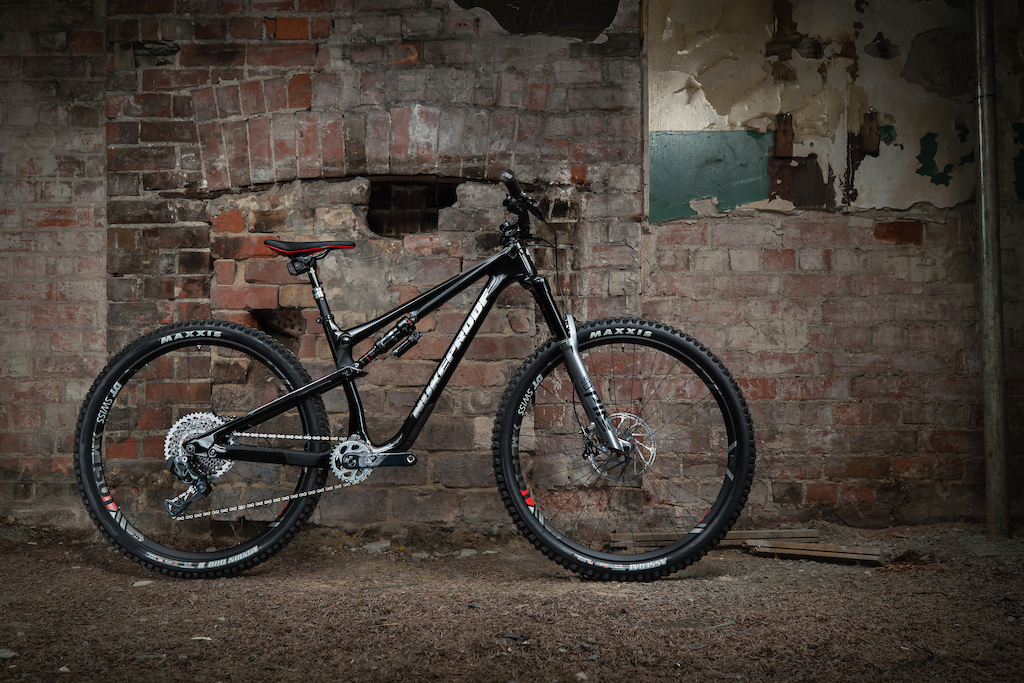 To mark 30 years of the brand, Nukeproof have announced a limited edition Worx version of their Reactor which they are calling "our ultimate trail bike."

The Reactor 290c Worx is the latest bike to join the exclusive collection of Worx models from Nukeproof that has previously included a replica of Sam Hill's green and gold EWS winning Mega 275 and the raw aluminium Mega 290 which was released last year.

Just like the previous Worx models from Nukeproof they have covered the standard Reactor 290c in a whole range of top of the line components which includes Sram’s AXS line up. Joining the dream build of parts is a custom raw carbon frame finish that highlights the UD woven carbon and is finished with chrome finishing decals. 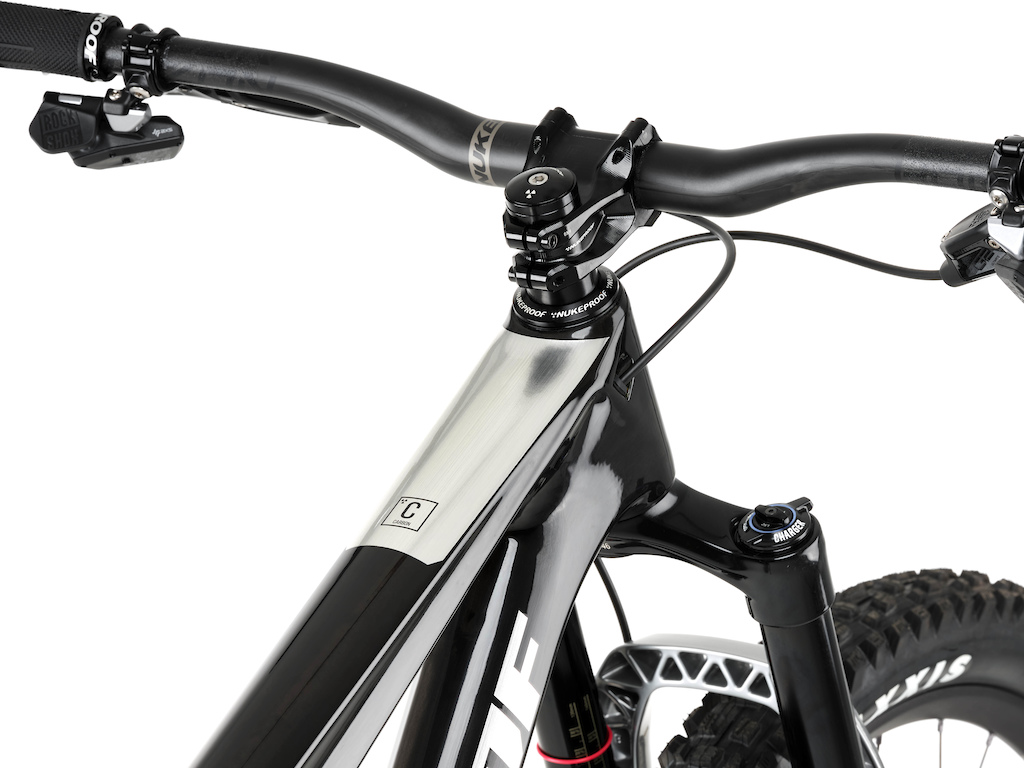 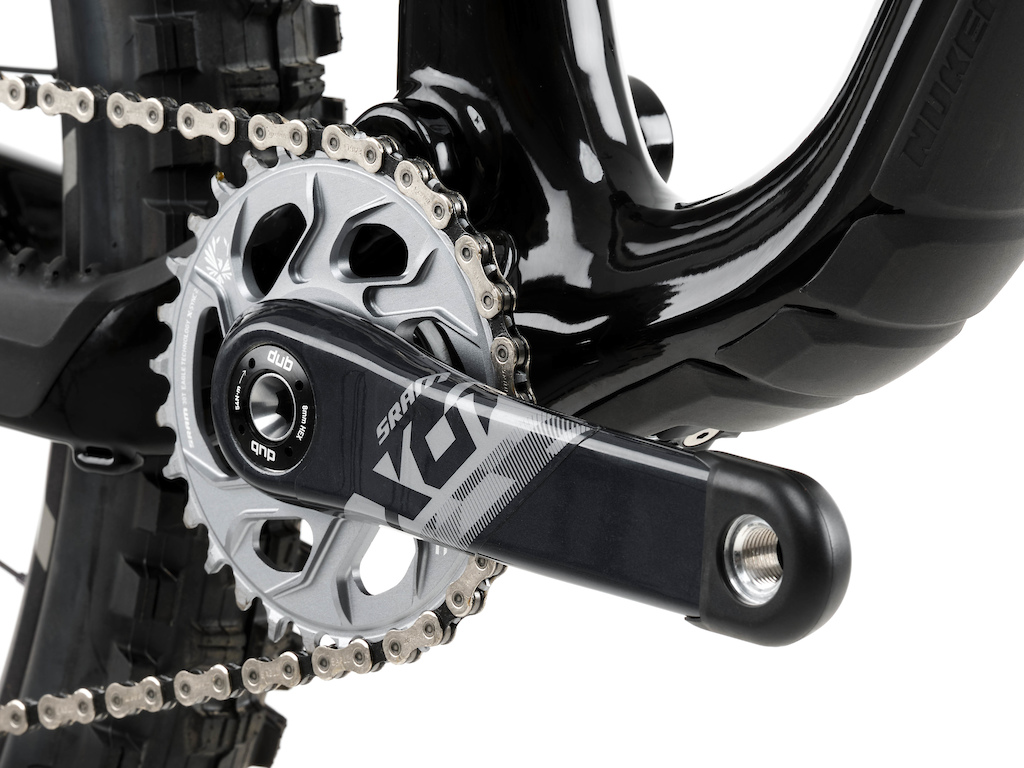 Alongside a full set SRAM AXS components is RockShox's Pike Ultimate fork with the new Charger 2.1 damper offering 140mm of travel. Out back is the RockShox Super Deluxe Ultimate RCT set at 130mm of travel. To finish off the bike Nukeproof have included items from the premium Horizon range including the Nukeproof Horizon Carbon bars. 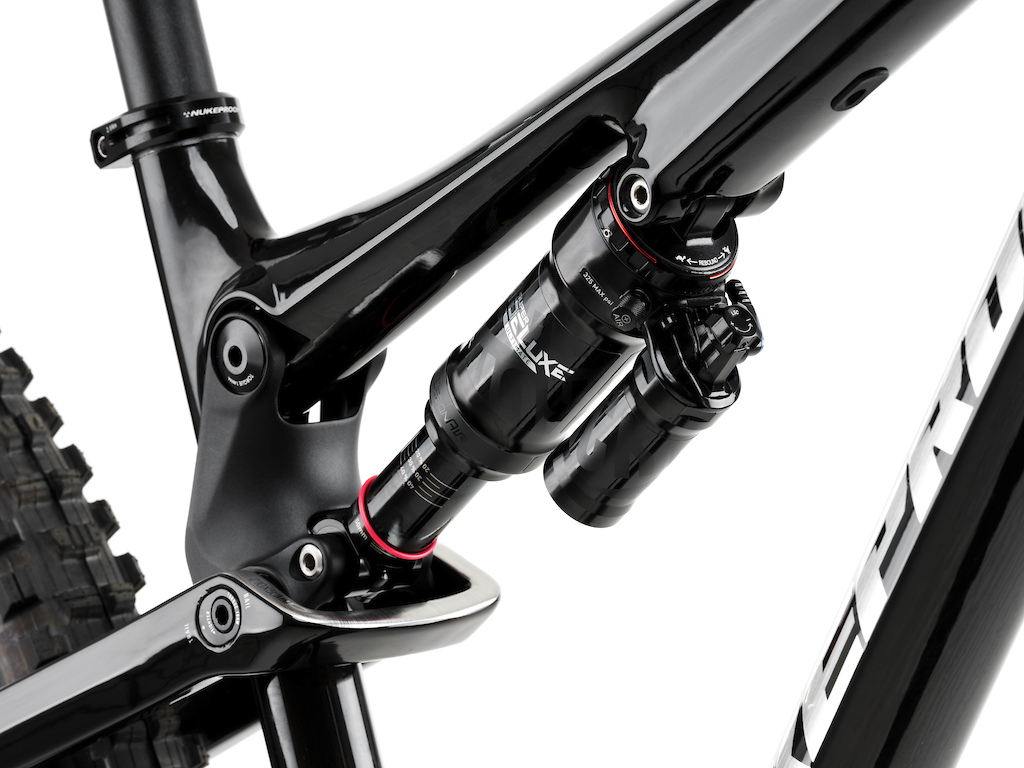 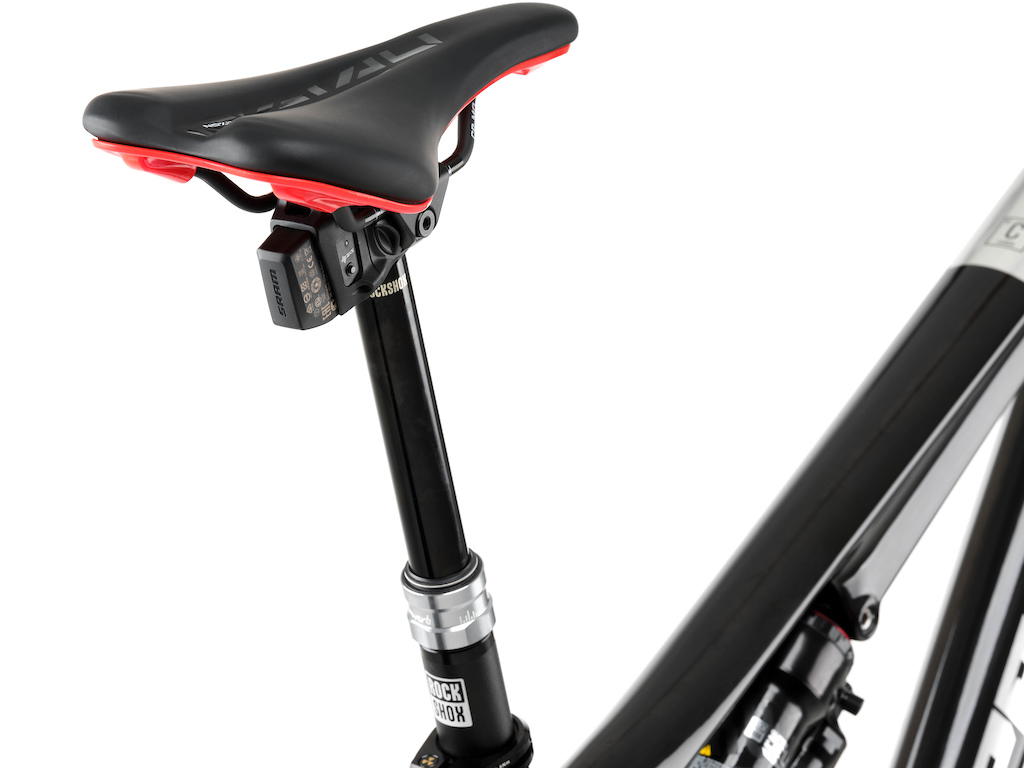 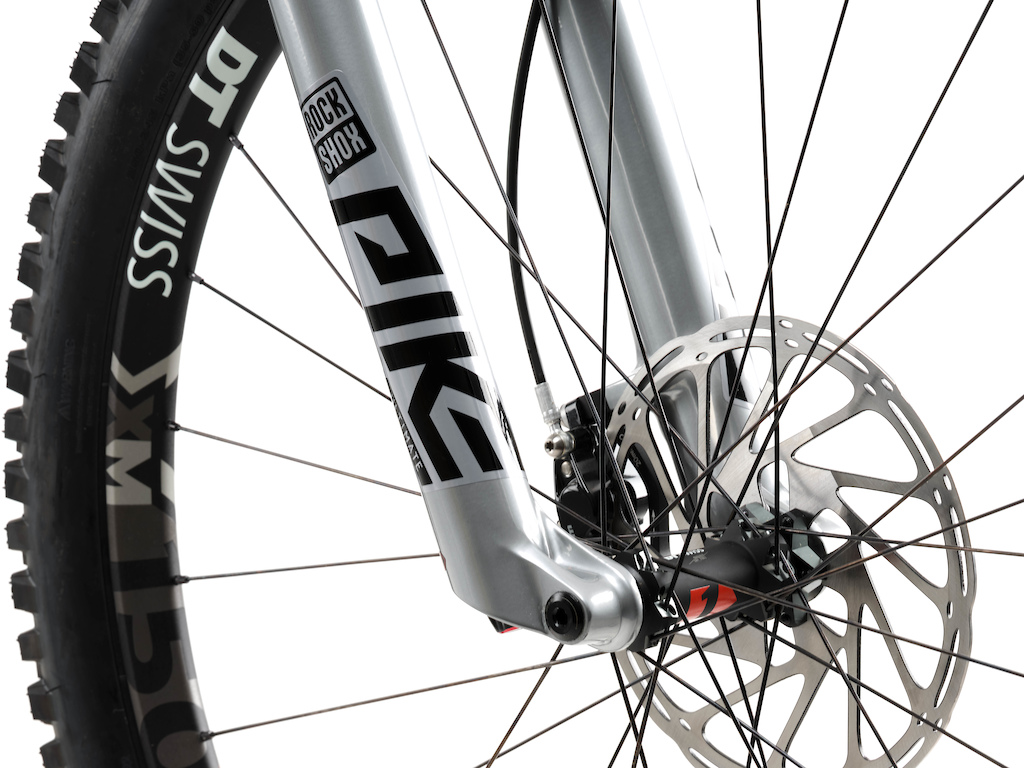 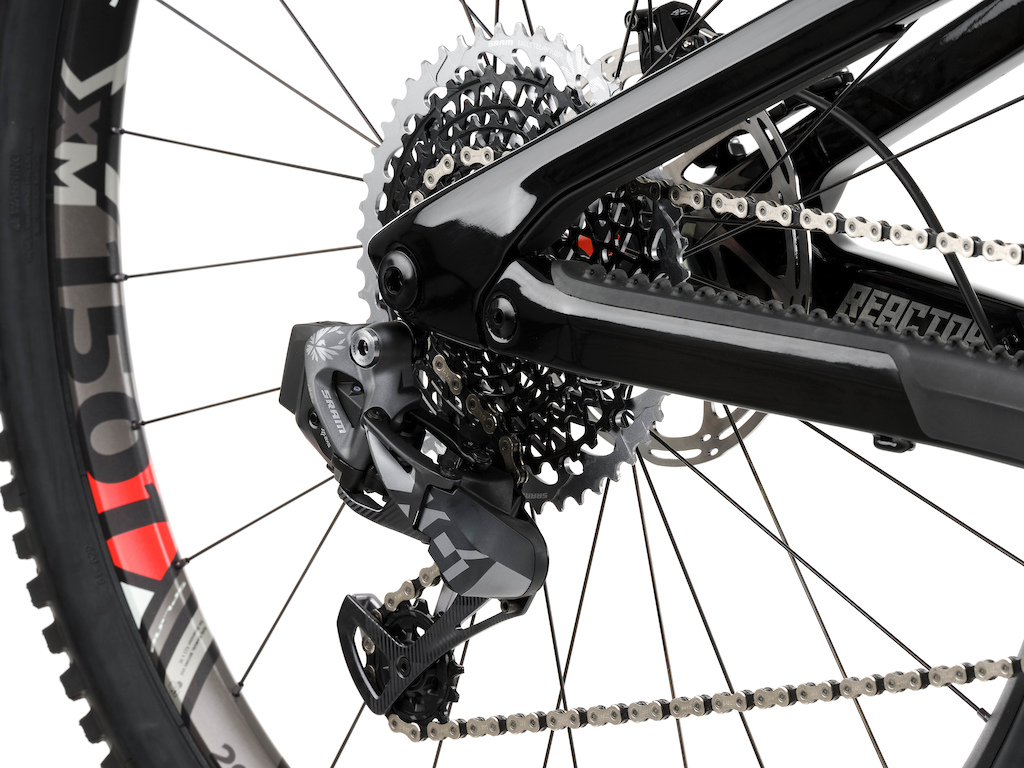 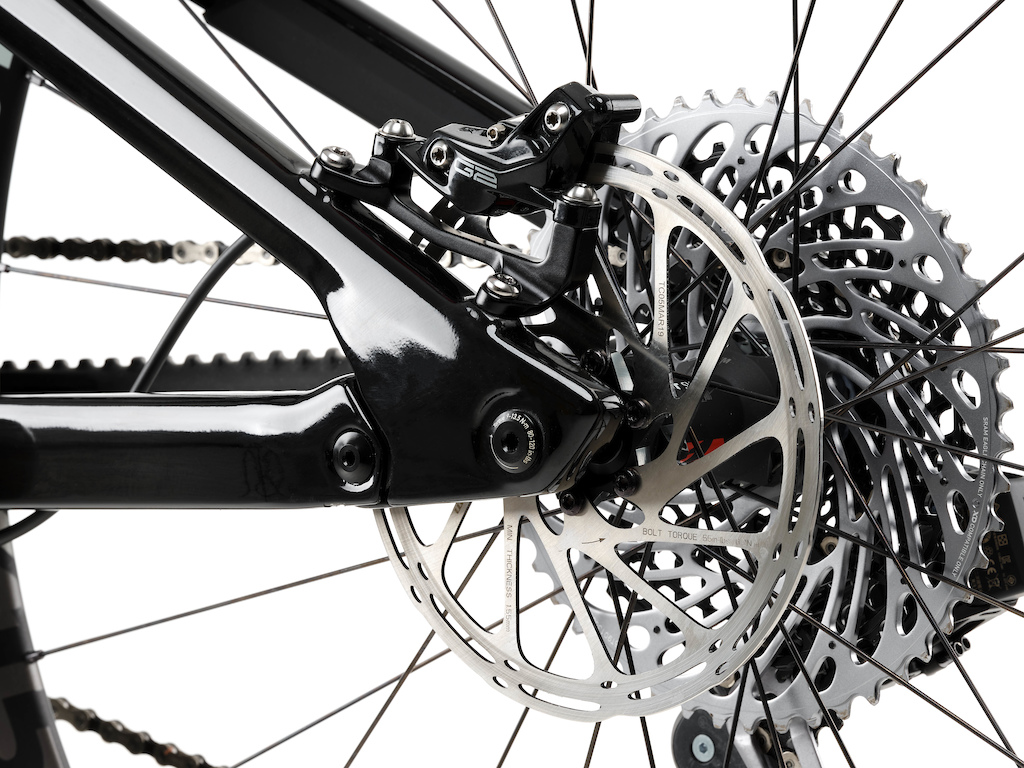 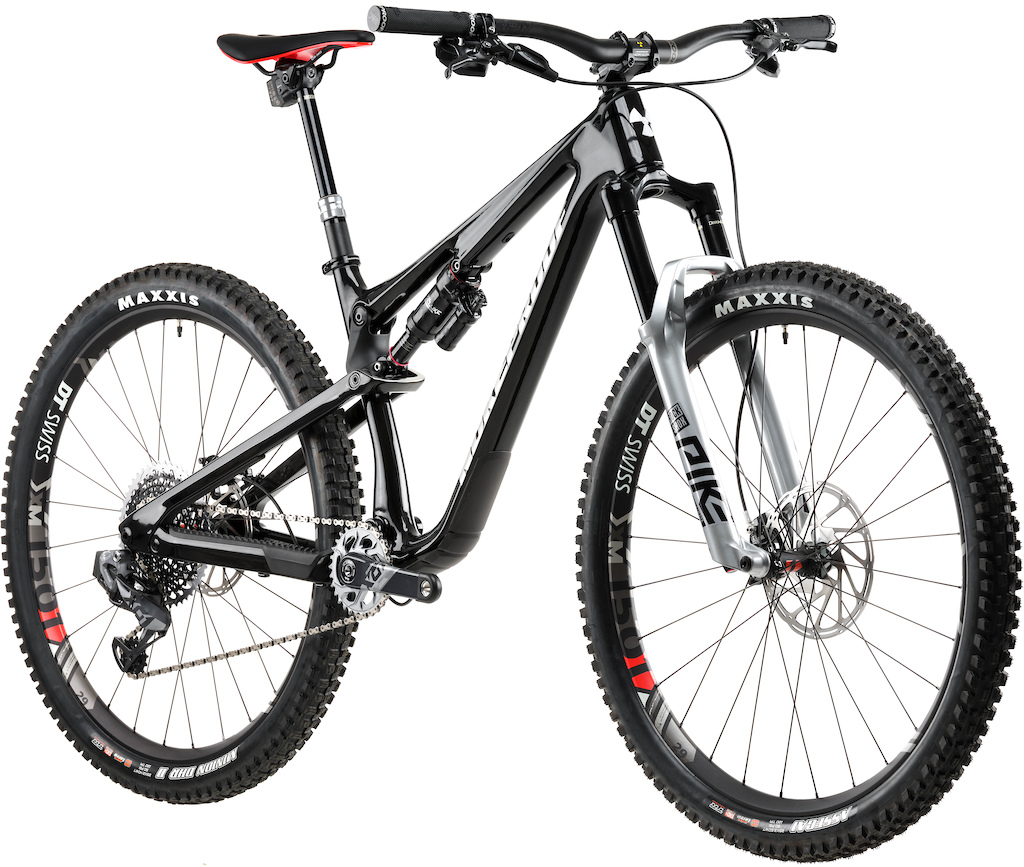 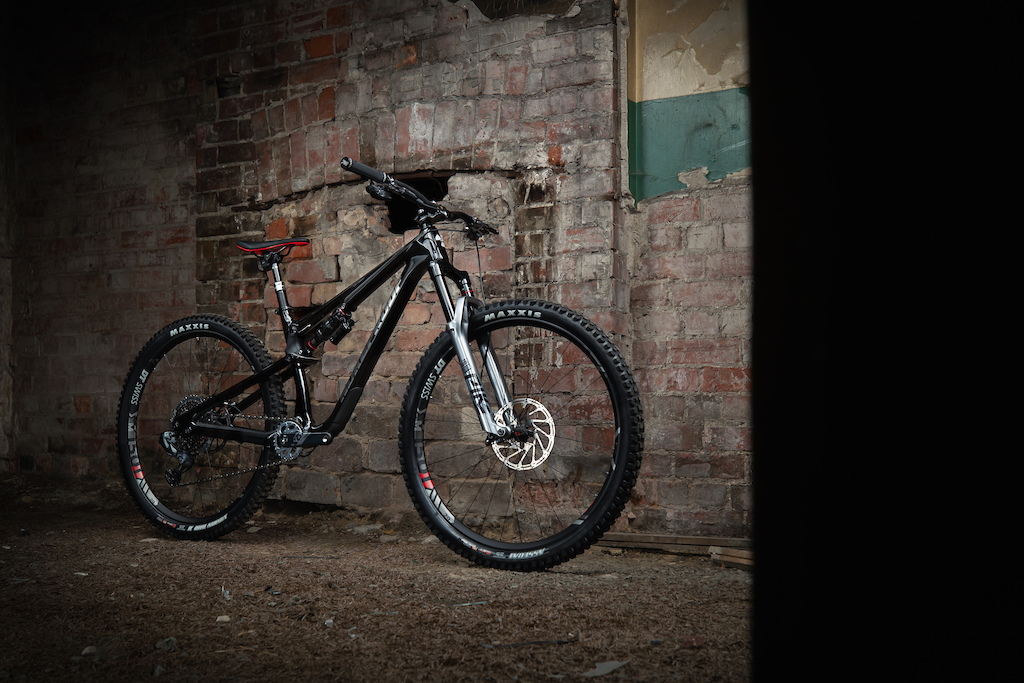 Trudeez (Jul 2, 2020 at 11:58)
It's not at all. $6400 for a GX bike with alloy wheels, and house brand stem, bar, headset and saddle (which, I might mention are all very nice in their own right, constantly impressed with nukeproof components). For $400 more you can get an Bronson with X01 and carbon wheels.

privateer-wheels (Jul 3, 2020 at 7:23)
@fruitsd79: his number doesn't include import fees actually. It's just straight up conversion. Where I live (Ontario) tax and duty on a complete bike adds another 26%!

tehllama (Jul 2, 2020 at 12:35)
Each layer can either be UD or woven... layup schedule determines which global properties show up more, but as a multilayer composite, it can be both.

Woody25 (Jul 2, 2020 at 2:11)
I was hoping this was going to be fitted with a modern reworking of the old carbon hubs and carbon bar-ends

(It's looks great though!)

aljoburr Plus (Jul 2, 2020 at 3:22)
Does Nukeproof have any connection with company that made carbon shelled hubs back in the 90s or is it just creative licence?
Got some at 93 worlds, but had to sell them too pay off money I borrowed to get there in the first place!

Nukeproofinternational Plus (Jul 2, 2020 at 4:01)
@aljoburr: We still speak with the original owner and proud of the Michigan heritage of the brand, but the "original company" was put up for sale in the early 00's and the current owner bought it (he was a bit of a fan boy of the company). We've been through some up's and downs, but now in the very fortunate position to engineer products that we like and hope our riders like them too (and then hope they sell).

aljoburr Plus (Jul 2, 2020 at 4:57)
@Nukeproofinternational: Yes, was a fan of original products too!
Is good to see original mountain bike brands kept alive, there is a lot of old brands under buy outs
Yeti, Onza GT sram rockshox Manitou Marzocchi to name a few, but does help to keep history of mountain biking alive
Would be easier to name ones that have not changed, but as long as the passion for the original company is there nothing really changes !!

BikesBoatsNJeeps (Jul 2, 2020 at 5:02)
@Nukeproofinternational: I'm glad you provided that clarification. I grew up not that far from the original Nukeproof headquarters, and assumed the current Nukeproof was related in name only to the original.
So many companies have been bought and sold over the years that the only thing that remains of the original is the logo. The mountain biking companies I was throwing my lawn-mowing and bike shop job money at in the early 1990s are mostly gone now, but it's good to see a few brands have been able to weather the dowturns of the early to mid 2000s and continue to produce quality equipment.

tehllama (Jul 2, 2020 at 12:36)
@Nukeproofinternational: Very cool - might be neat to actually have a fully retro limited edition offering, basically make a fully nostalgic rig (but with modern wheels/tires/brakes) as a dedicated fun sled.

vinay (Jul 2, 2020 at 1:13)
Even though Vitus has become the more budget brand from CRC, I feel their full suspension bikes look cooler than the Nukeproof full suspension bikes. Can't say anything about "performance" of course, just looks. I prefer a low top tube (for being able to move around) and little or no underbelly (for no particular reason, just like to see a straight downtube). Obviously I understand others prefer the smooth lines of a carbon frame and ample storage for bottle etc inside the front triangle, so that's where the Nukeproof would win it for them.

GumptionZA (Jul 2, 2020 at 2:00)
@nojzilla: the escarpe with the marzo fork is such crazy value you could buy that, sell all the bits and end up with a very cheap frame, of course thats a lot of effort, but you cant win everywhere

aljoburr Plus (Jul 2, 2020 at 3:27)
Vitus is older than nukefroof if you look at the company that made aluminium road frames back in 80s

phobospwns (Jul 2, 2020 at 7:18)
I absolutely love my Vitus Escarpe VRX 275. There's nothing budget about the way it rides, and it came with a great spec at a price I could actually afford. They started putting out carbon frames for their whips, too.

tehllama (Jul 2, 2020 at 12:37)
@nojzilla: Me too, although buying a complete bike and parting it out feels suspiciously close in terms of price.

mybaben (Jul 2, 2020 at 8:18)
Mate, rad trail bikes are not under 30lbs any more! It's 2020. Bikes that light break! And then everyone goes onto social media and complains about that brand and how they break. Aggressive capable trail bikes running 36s and Lyrics etc, can't be that light anymore.

Although I do prefer satin or matte for day to day life on my MTB's.

Fufi7 (Jul 2, 2020 at 11:58)
@shedfire:
probably got neg popped because people thought i meant it in a negative way :-P thats not true...rellay like that nukeproof. it was more of a fun statement but who cares ;-)

shedfire (Jul 3, 2020 at 14:51)
@Fufi7: I was on the design team for the original mega. We obviously referenced the bottle rocket. So your quote made me laugh.

christiaan (Jul 2, 2020 at 1:09)
Please update the article, doesn't anyone read these before publication? Rear wheel microspline Shimano and X01 Eagle cassette? Come on!

Also why the low US price aqnd the high EUR price?

Nukeproofinternational Plus (Jul 2, 2020 at 1:12)
That was an error our side sending over to Pinkbike, sorry Mr/ Mrs

eugenux (Jul 2, 2020 at 4:34)
Some eewings, black chainring, silver-crom hubs from DT, black lyrik with crom decals and the result could have been outstanding. Not bad by any means...but, not outstanding either

Nukeproofinternational Plus (Jul 2, 2020 at 5:37)
B- Must try harder. We apologise for our failings in your eyes

P.S. absolutely love the down-voting; all I did was point and some other, actually nice, bike components and the down-voting began. Hahahaha. I'm really curious, from all those down-voters, who among them would spec his reactor with a pike instead of a lyrik, given the possibility to choose between them..., reaaaaly curious about that.

ramymcc22 (Jul 2, 2020 at 3:13)
@Nukeproofinternational: when does the Nukepeoof E bike drop ???? I am awaiting its arrival so I can get into even more trouble at the bank. Good trouble though !!!

Nukeproofinternational Plus (Jul 2, 2020 at 4:08)
@ramymcc22: we will remain "out of fashion" and keep with the pedal bikes for a little while longer. rest easy Mr Bank manager.

As per reactor design, which is effin great(I love mine), when you guys will up-date the Mega?, not on the geo/angles but on the suspension design.

Nukeproofinternational Plus (Jul 2, 2020 at 5:39)
@eugenux: The Mega 290 was updated last year and 275 the year before. Seems to do ok winning the EWS in the hands of Mr Hill and in current Media tests.

eugenux (Jul 2, 2020 at 6:37) (Below Threshold)
@Nukeproofinternational:
I know it has been up-date as I did considered buying one. After some testing, I decided against it and opted for the Reactor, as it is the bike that is far more interesting and capable. I wanted to like and to own a Mega for several years now but, I cannot go to terms with the boring, single-minded, unidirectional suspension design.
I also dislike the continuous repetition of the fact that Mr. Sam Hill wins on it. Yes, he wins on it!, we know that and we appreciate it; but, he is a paid athlete. And also, at his skill lvl, he could win on anything(bike/brand) and you guys know it. So, at least here, stop with the marketing.

Back to the topic, I'm not saying that Mega should be like a Reactor. I'm just saying that it could be more bike, I'm saying that it could have a better suspension design. Any bike can be made to be a pseudo-DH bike down the hill. Not any bike can be made to be good anywhere elese beside that 'down the hill'.
As it is, for me at least, it is not inspiring, not even at the same lvl as the Reactor and certain not on the same lvl as other bikes in the category. It is VERY capable on the downs but that's it. No nuances, no extra abilities, nothing. It is very nice when you have up-lift access and you are using it as DH bike. But, once you move away from the bike-park, it is a terribly borring bike and that is only because of the suspension design. You guys sell tons of them, which is very good. Take some of those money and use them to design a better Mega.
And also, next time, make sure you leave space for a water bottle within the main triangle. Backpacks are obsolete and plain nasty for 1 day trips(epic or not); having a big bottle on the bike and one in the hip-pack is so much nicer, comfy-er and easier.

P.S. let the downvote begin as here, no one can say anything that can't be considered a positive input or a pro-industry trends opinion. Cheers!

Nukeproofinternational Plus (Jul 2, 2020 at 7:58)
@eugenux: We very much accept that everyone is entitled to their own opinion and respect that and take it on board. But please accept we're super proud of the Mega and what it has achieved in the media and in the hands of some of the worlds best athletes. We're not the biggest brand and to be able to compete against some of the big boys and girls is a true honour.

Sam is "paid", but he's also the best in the world, so could choose to ride for any team/ bike brand he wanted, he's not the type to ride a bag of spanners for $$$ . Lets also not ignore Elliott's EWS title and 4x medal and our other athletes and customers that have proven the bikes credentials.

Most importantly though we've a lot of stoked customers (me included) who enjoy going for a ride every weekend. But its all appreciated feedback and lets go back to the bike in question; the Reactor 290c Worx, that things rad!

Ps. Stash bibs are a revelation!

Yes, that 290 rocks!, personally, I'd put a lyrik to make it more menacing but, even with the silver pike, it is still damn gorgeous.

Wow..you struck me as the real connoisseur here. Please, do tell more about bikes, bike design, suspension and kinematics.